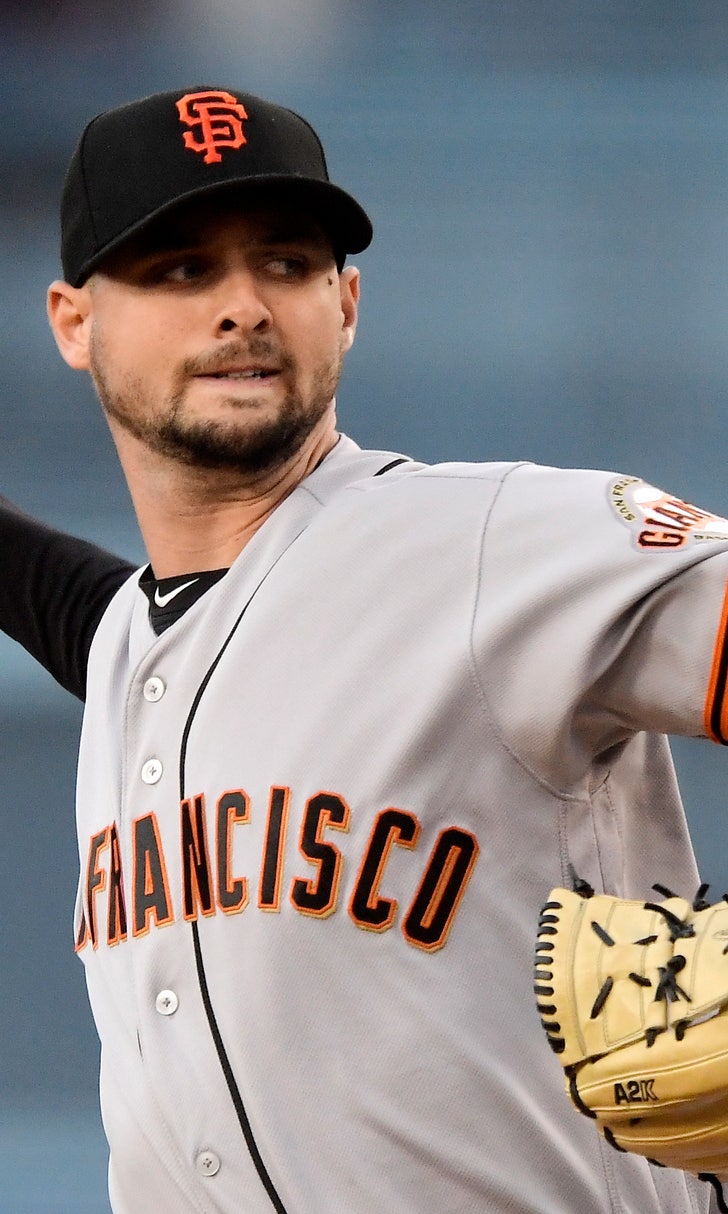 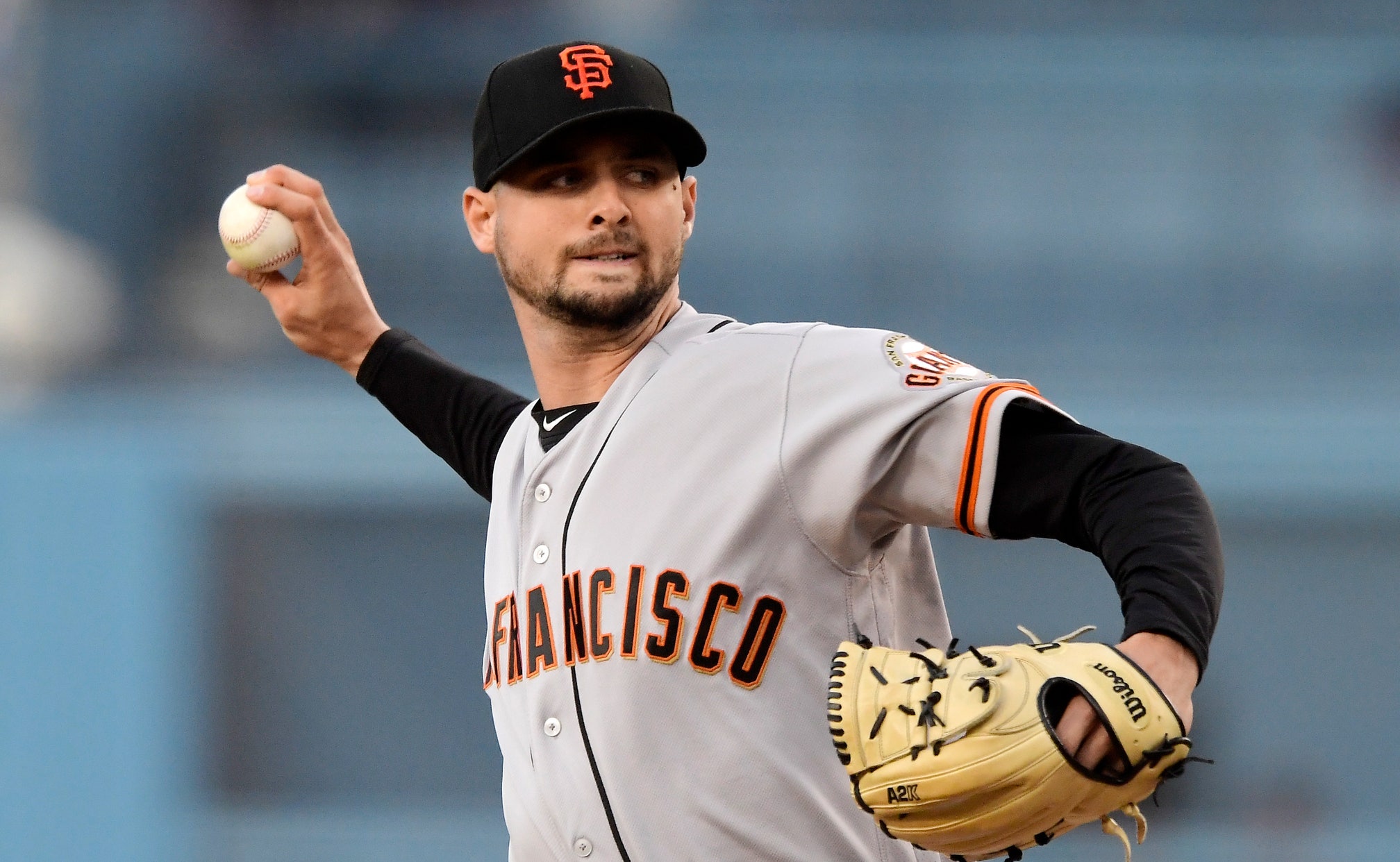 LOS ANGELES (AP) — There's not much Bruce Bochy hasn't seen in his 25 years as a big-league manager. One of his favorite things is watching a young player achieve a career milestone.

Tyler Beede did just that against the first-place Los Angeles Dodgers.

He allowed one run over six innings to earn his first big-league victory and the San Francisco Giants won 3-2 Monday night in the opener of a four-game set between the NL West rivals.

"It's great to see these guys get called up and get their first win," said Bochy, who is retiring at season's end. "It's the part of the job that I love the most."

Beede scattered three hits, struck out seven and walked a career-high five on 97 pitches in the strongest outing of his young career. The 26-year-old right-hander tied career highs in innings and strikeouts.

"I dreamed of being on this stage and competing at this level," Beede said. "I'll remember this game forever and to do it in this stadium against this team makes it extra special."

Beede (1-2) is the fourth Giants pitcher to record his first career victory at Dodger Stadium.

"We hadn't seen him before," Los Angeles manager Dave Roberts said. "He's got a good arm. Tonight was probably his best outing. He pounded the strike zone and went after us."

Beede came in 0-3 with an 8.10 ERA in eight career appearances, including six starts.

He's has been recalled from the minors three times this season, including for a stint in the bullpen. He's been especially effective with his curveball and changeup, with opponents going 2 for 27 against those pitches in his previous four starts.

"It all starts with my fastball, my heater. I was getting the first in for strikes and it set up my curveball," Beede said. "They took some tough swings so I don't think they were seeing the ball that well. I felt confident and each inning I grew more confident. I felt it was my best outing yet."

Equally important was that Beede provided the Giants with a quality start.

"He's only going to get stronger and better," Bochy said.

Closer Will Smith retired the side, including two strikeouts, in the ninth and improved to 19 for 19 in save chances, with his consecutive saves to start the season the second-most by a Giants pitcher since 1969.

Giants first baseman Pablo Sandoval left the game in the fifth after baserunner Max Muncy stepped on his right hand. Sandoval's pinky finger was cut and bloodied, but X-rays were negative, the team said.

"He got four stitches on his right pinky and he'll be day-to-day," Bochy said, "but knowing him he'll be bugging me to play tomorrow."

The Dodgers closed to 3-2 in the eighth when Chris Taylor grounded into a fielder's choice to third, scoring Cody Bellinger, who doubled into the left fielder corner.

The Giants led 2-0 in the second on Brandon Crawford's RBI double to deep right field after Stephen Vogt drew a leadoff walk and Evan Longoria singled.

San Francisco extended its lead to 3-1 in the sixth when Vogt grounded into a fielder's choice to first and pinch-hitter Tyler Austin scored on shortstop Taylor's throwing error.

The Dodgers answered in the bottom of the inning, trailing 2-1 on Muncy's leadoff homer, his 17th.

The Giants improved to 5-5 against the Dodgers this season, with eight of the 10 games being decided by two runs or less.

Giants: C Buster Posey got the day off as he makes his way back from a hamstring injury.

Dodgers: 3B Justin Turner didn't start, but flied out to right as a pinch hitter in the ninth.

Joc Pederson's single in the fifth snapped an 0-for-29 skid.