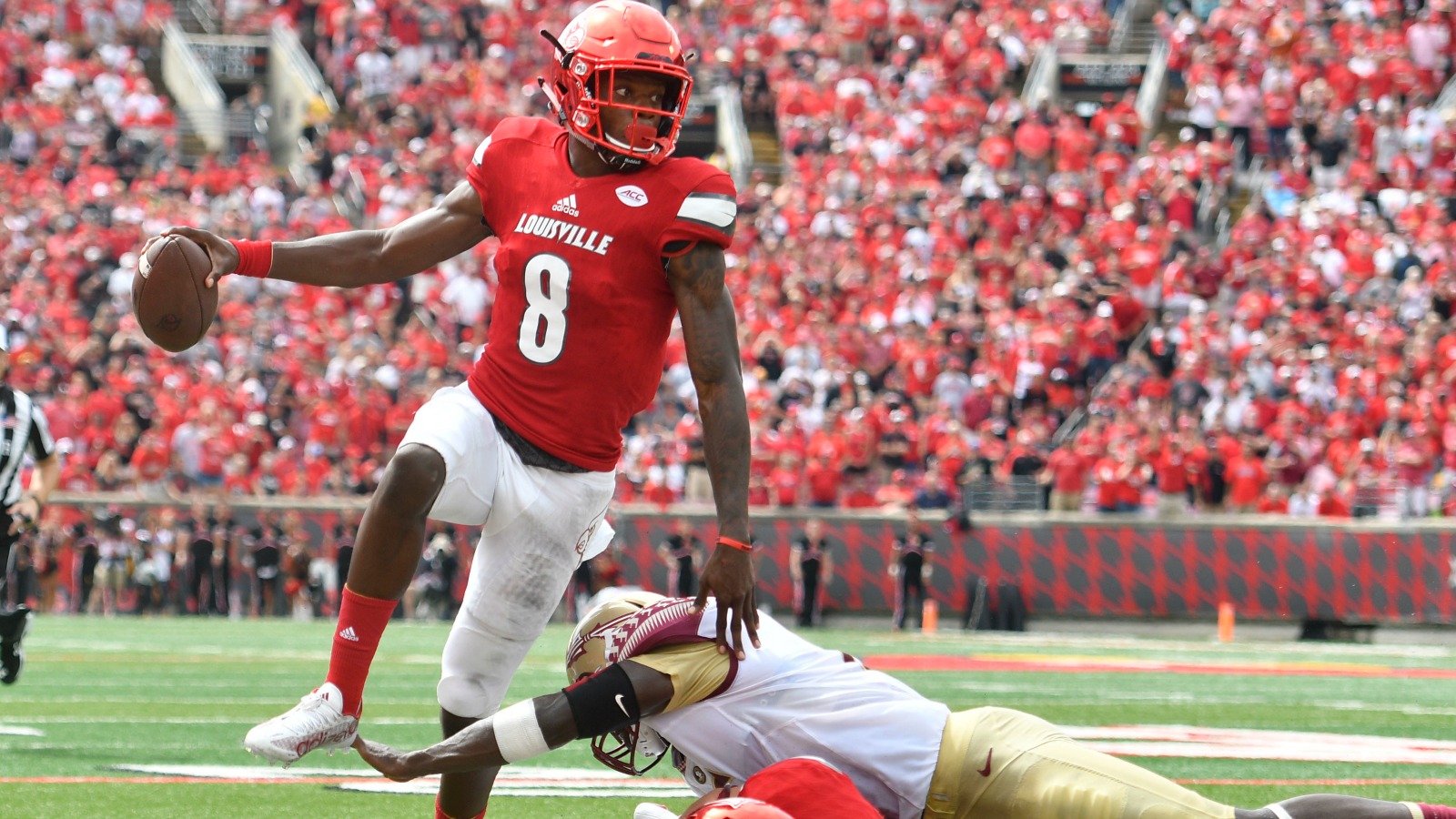 While the Louisville Cardinals captured the college football world’s attention over the first few weeks of the season, the entire conversation about Bobby Petrino’s club centered around one thing: Lamar Jackson.

But while Louisville’s first two games turned into sport’s version of the Brady Bunch (it was always about Lamar, Lamar, Lamar), the Cardinals proved something else Saturday. They proved they are a complete team.

They also proved that they are a team that is good enough to win the national championship.

Louisville’s 63-20 win over Florida State Saturday wasn’t just about Lamar Jackson (although he played a massive part in it), but everyone else too. Louisville dominated on offense. On defense. On special teams. They had the better coaching. They had more heart. The victory wasn’t just a victory. It was complete destruction. They left no doubt who the best team on the field (and maybe in the country) was.

Starting on offense, it is only fair to start with Jackson. He was once again dynamic, tallying 216 yards passing with a touchdown through the air. He ran through the Seminoles defense to the tune of 146 yards and four touchdowns. He also showed how much he has matured as a leader, making smart decisions early when his team was building their monstrous lead, never taking bad sacks or throwing costly interceptions. He was the best player on the field and showed why he is the heavy favorite to win the Heisman through three weeks.

Beyond him, how everyone else on the unit played was equally impressive. At running back, Brandon Radcliffe bulldozed the Florida State defense, rushing for 118 yards and averaging a staggering 8.4 yards per carry. The offensive line helped pave the way by creating gaping holes and dominating a vaunted Seminoles defensive line (which was admittedly at less than full strength with Josh Sweat nursing an injury). James Quick showed that he just might be one of the most underrated receivers in the country, tallying seven catches for 122 yards in the passing game. Again, this wasn’t about Jackson. It was a complete offensive effort. 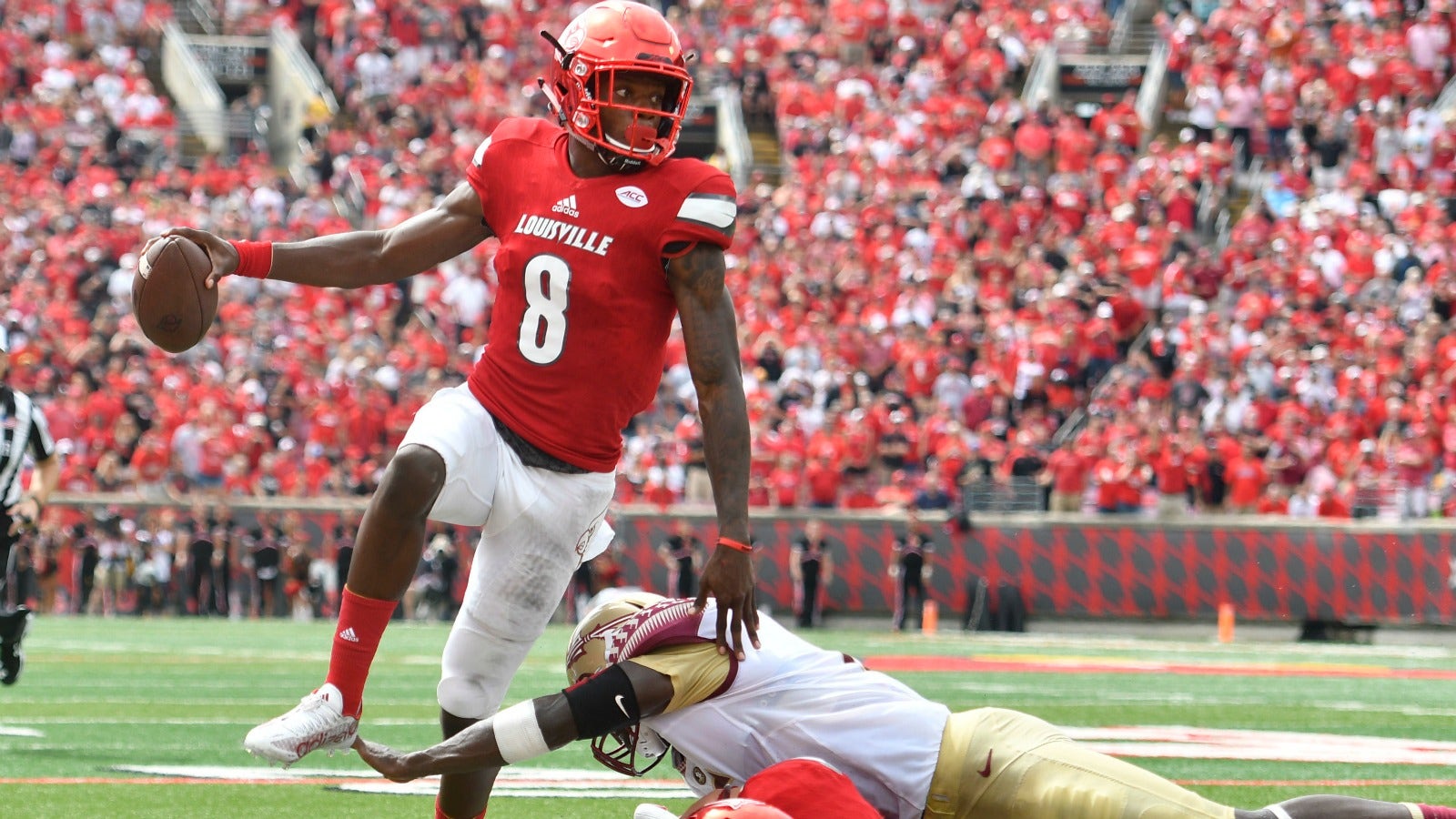 Few could have predicted how good the defense looked, too. While everyone knew about DeVonte Fields coming into the game, James Hearns proved to be an equally terrifying pass rusher on the other side. The entire defensive line dominated Florida State’s O-line and put pressure on poor Deondre Francois all day long. The linebackers filled running lanes and the defensive backfield allowed little through the air. Don’t let the final score fool you; Florida State scored twice late in the game when things were decided. Louisville’s defense was every bit as good as its offense when it mattered.

And finally, we’d be remiss if we didn’t mention Bobby Petrino, who proved once again that regardless of what you think of him, he remains one of the best coaches in the sport. From the beginning, the Cardinals didn’t just look like the bigger, faster and strong team, but they were also better prepared. They executed early and took advantage of FSU’s mistakes when the Seminoles began to fall apart late in the first half. Even more impressive is that after the intermission — at a time when so many teams come out flat — the Cardinals kept their foot on the necks of the Seminoles. Louisville didn’t let up until long after the game had been decided.

This victory raises something else interesting altogether: Why not the Cardinals in the playoff race? In a year where we thought we knew all the true national championship contenders — the Alabamas, the Michigans, the Clemsons — Louisville is the first true outsider that came out of almost nowhere and said "don’t forget about us."

There are still landmines along the way, starting in two weeks at Clemson and a late-season trip to Houston — which all of a sudden got WAY bigger with this win.

And while the landmines exist, so does another reality altogether: Louisville is good enough to compete for a national championship.

They proved it on Saturday.