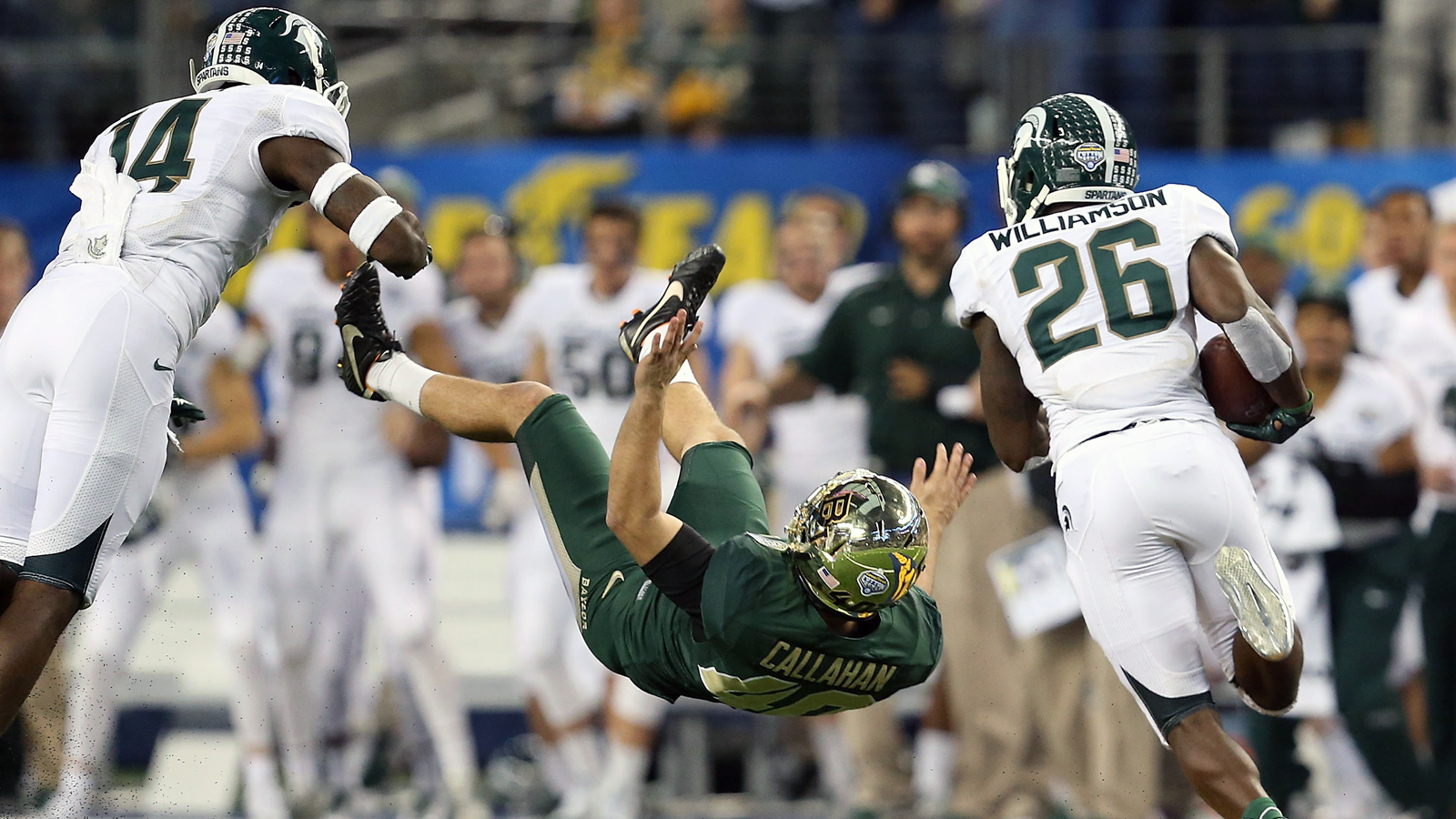 The Baylor kicker took a vicious hit against Michigan State in the Cotton Bowl, one that is a heavy favorite for Hit of the Year.

Late in the fourth quarter with Baylor trying to stretch its 41-35 lead, Callahan had his field-goal attempt blocked and then tried to chase down the returner when the destruction happened. Watch this and wince:

Good Lord. That actually could be the hit of two years — both the 2014 college football season and 2015, given we’ve turned the calendar.

Fortunately, despite the hit and the shocking Michigan State comeback Callahan was OK and had a great sense of humor. After the game, he let everyone concerned for his safety know of his status:

I am alive. It has been a great season. I am proud to be a Baylor Bear. #SicEm