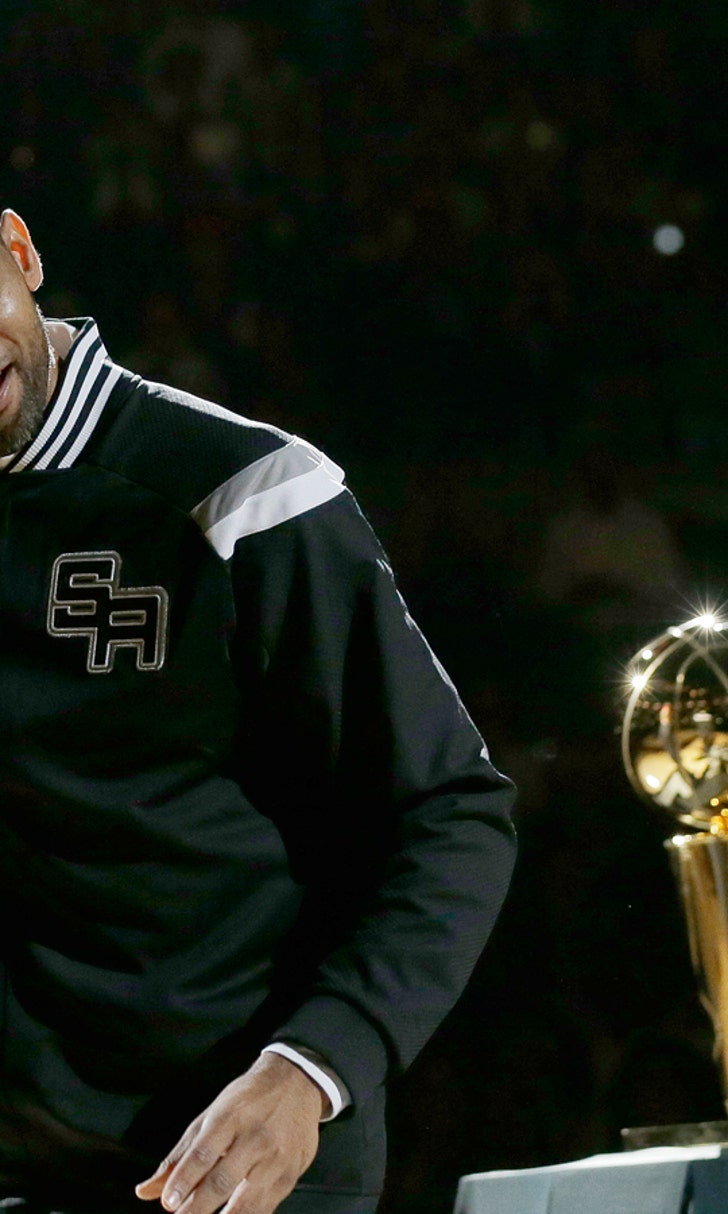 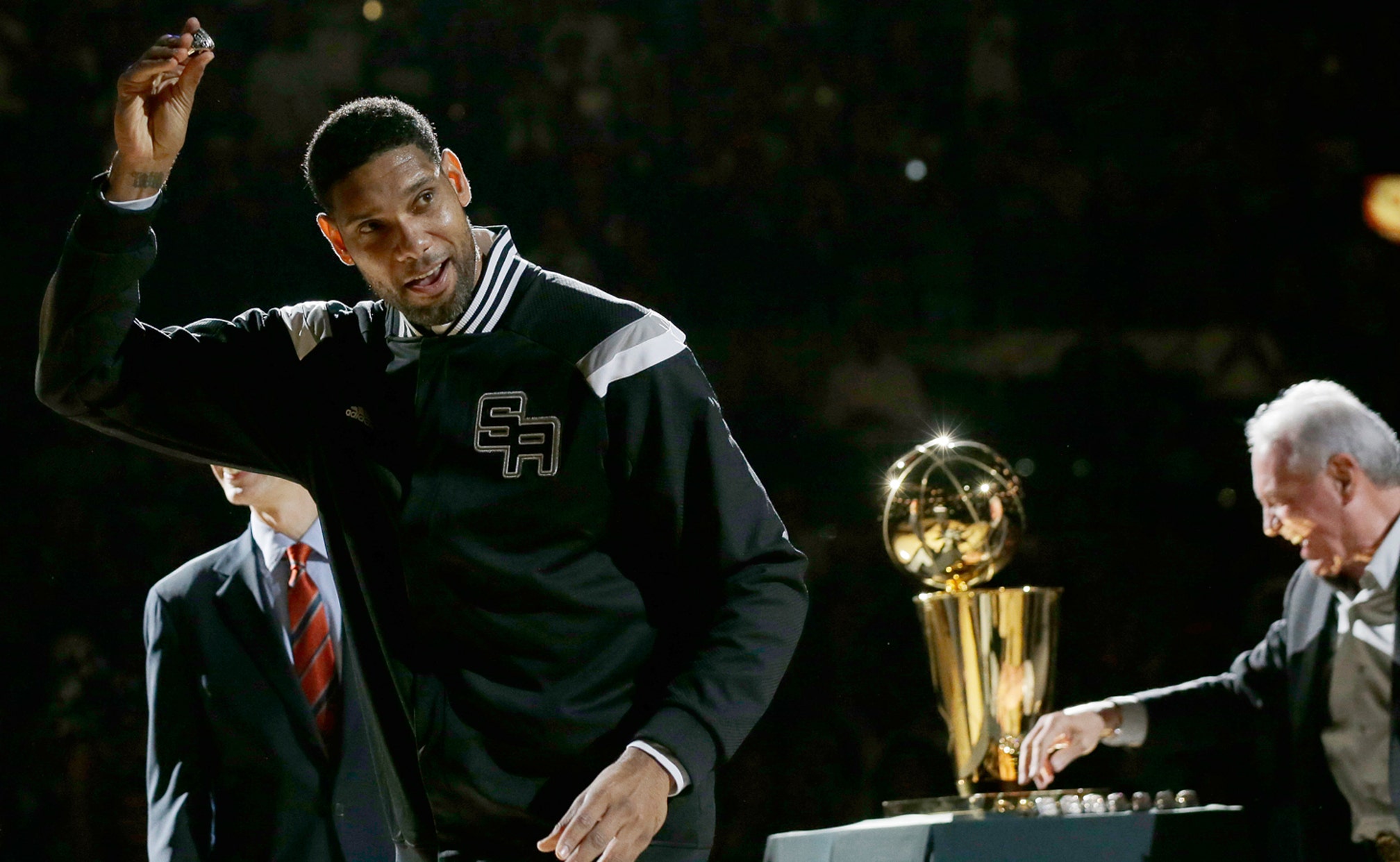 Spurs get rings, then survive another scare from Mavs 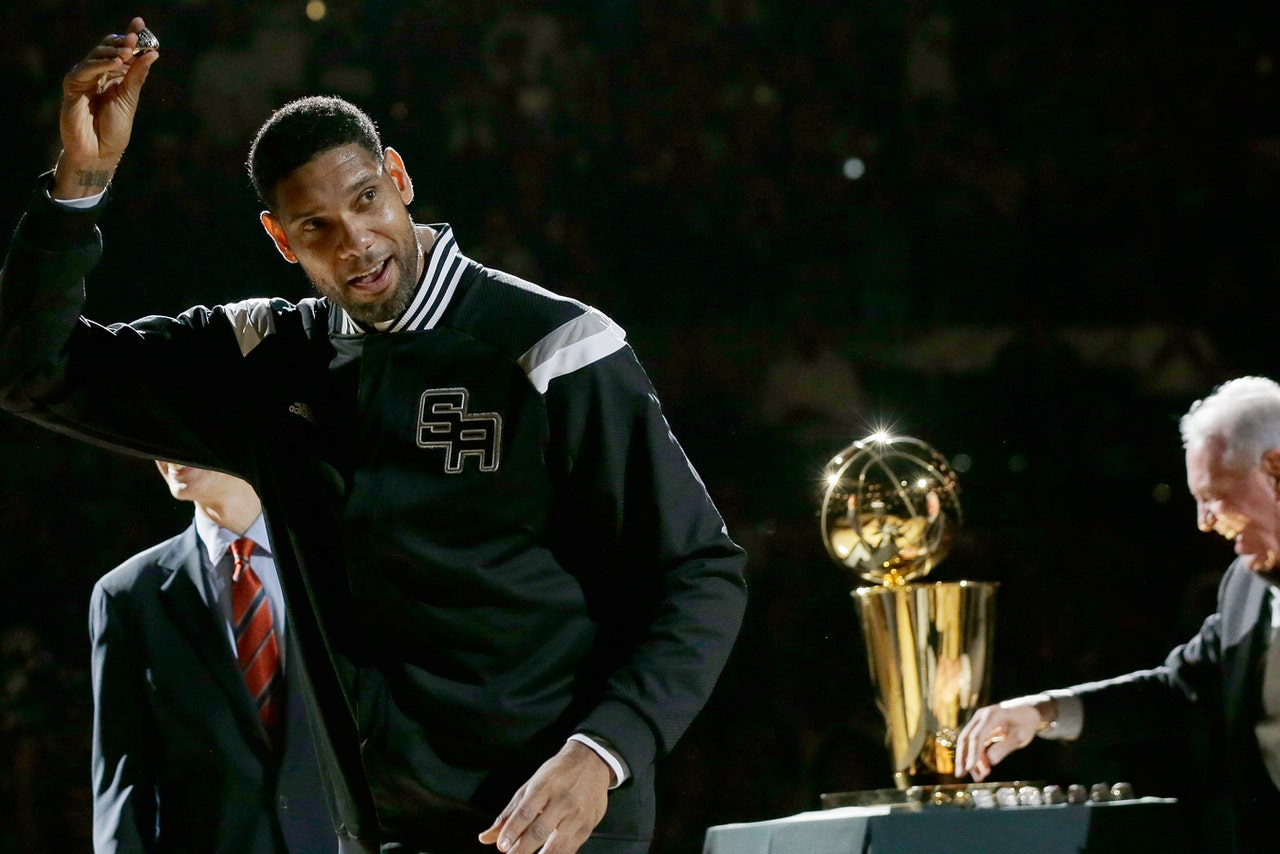 SAN ANTONIO -- The Spurs got their championship rings, and then they got back to work.

And just like in the first round of the 2014 playoffs, the Dallas Mavericks gave San Antonio a scare in a 101-100 nail-biter.

After celebrating last season one last time and raising the franchise's fifth championship banner, the Spurs focused on the beginning of the journey to No. 6.

"You know the emotion is going to be high early on and sometimes it leads to getting outside yourself and not being able to start off or play right away," said Tim Duncan, who had 14 points and 13 rebounds. "I thought everyone had great focus in being able to put that aside."

The Spurs didn't dominate the first half like they did against the Miami Heat in the NBA Finals, trailing the Mavs 53-45 at the break. But the surprising 3-point shooting of Tony Parker helped them build a double-digit lead in the second half for their 10th consecutive regular-season win over their in-state rival.

"What we did was compete really well in the second half, and that is half or more of the battle," Spurs coach Gregg Popovich said.

San Antonio was without Tiago Splitter, Patty Mills and Finals MVP Kawhi Leonard, who has been recovering from an eye infection.

"Kawhi was cleared to play tonight, but I chose to give him a little more time," Popovich said. "Don't take this to the bank, but I'm guessing he is probable for Friday. Tiago and Mills will be out, but Kawhi might be back."

Forward Chandler Parsons' move from Houston was the headliner for the Mavs during the offseason, but he was unimpressive in his Dallas debut, scoring just five points in 34 minutes.

A rough first three quarters would have been forgotten if his potential game-winning 3-pointer in the final seconds went in to spoiled the Spurs' party.

"I'll take that shot any day at the end of the game," he said. "I just have to step up and knock it down next time."

The only big help Dirk Nowitzki got was from guard Monta Ellis' 26 points. But despite all the second half adversity, the Mavs put themselves in position to win the game.

"I really liked the way we battled back all the way to the end," Nowitzki said. "It was a hell of a first game of the season."

As for the defending NBA champs, they're not thinking about last year's "Drive for Five" run anymore. They got redemption in last year's Finals, now it's all about getting back-to-back titles.

"You have to move from the success of the previous season to the new beginning," Manu Ginobili said.

Doc Rivers Is Out, But Is He To Blame?
The Clippers have parted ways with Doc Rivers. Martin Rogers looks into the decision and if it really solves the team's issues.
11 hours ago