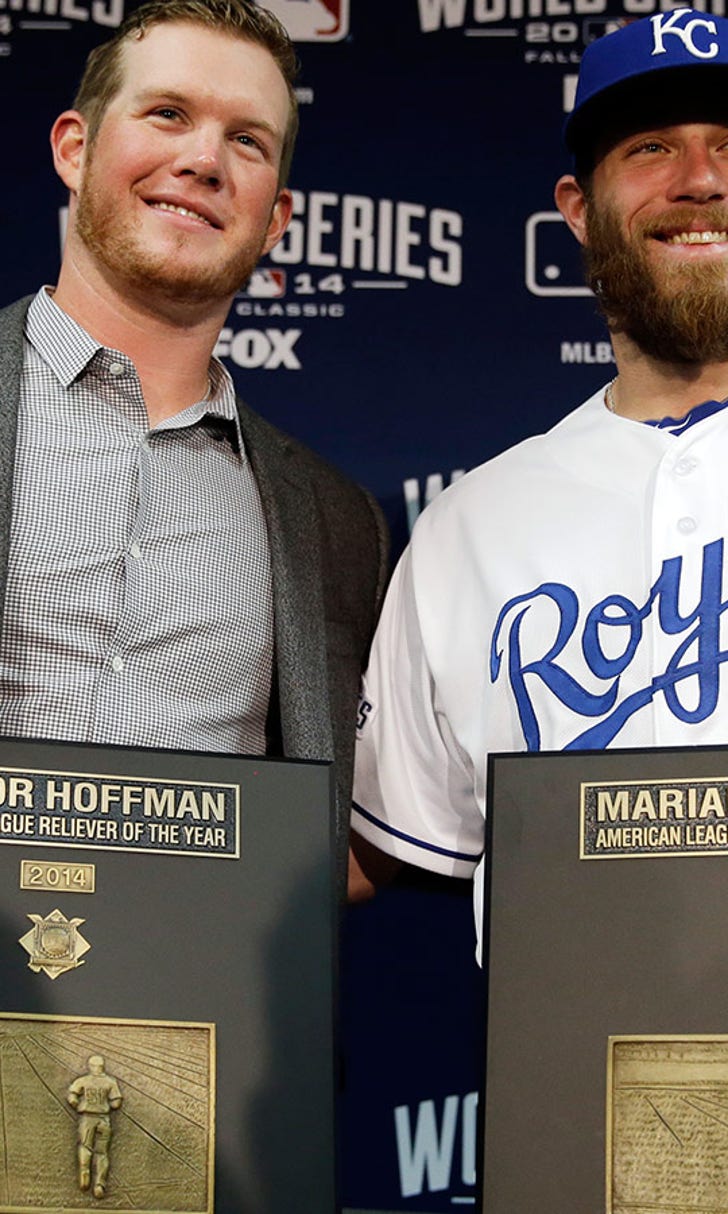 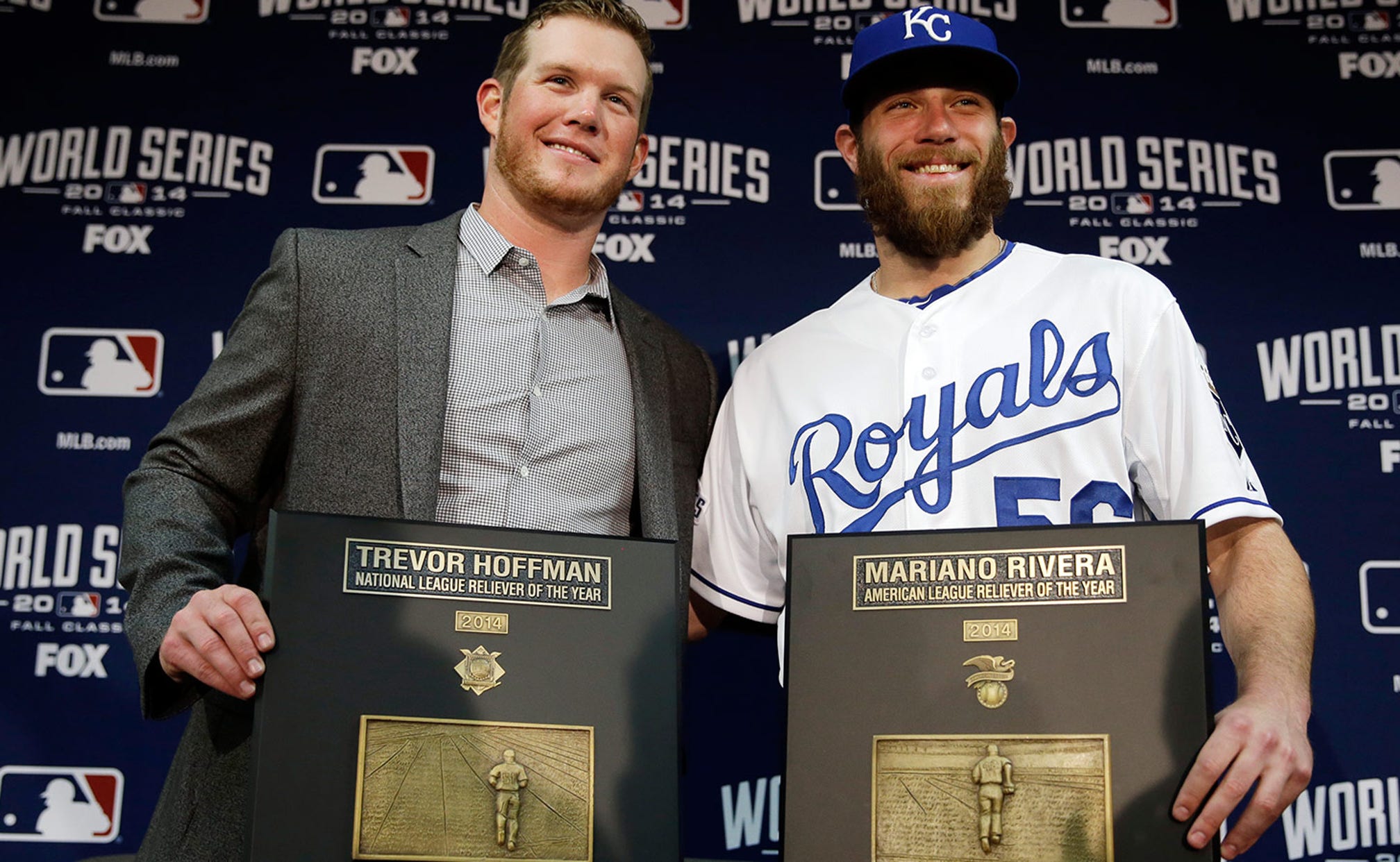 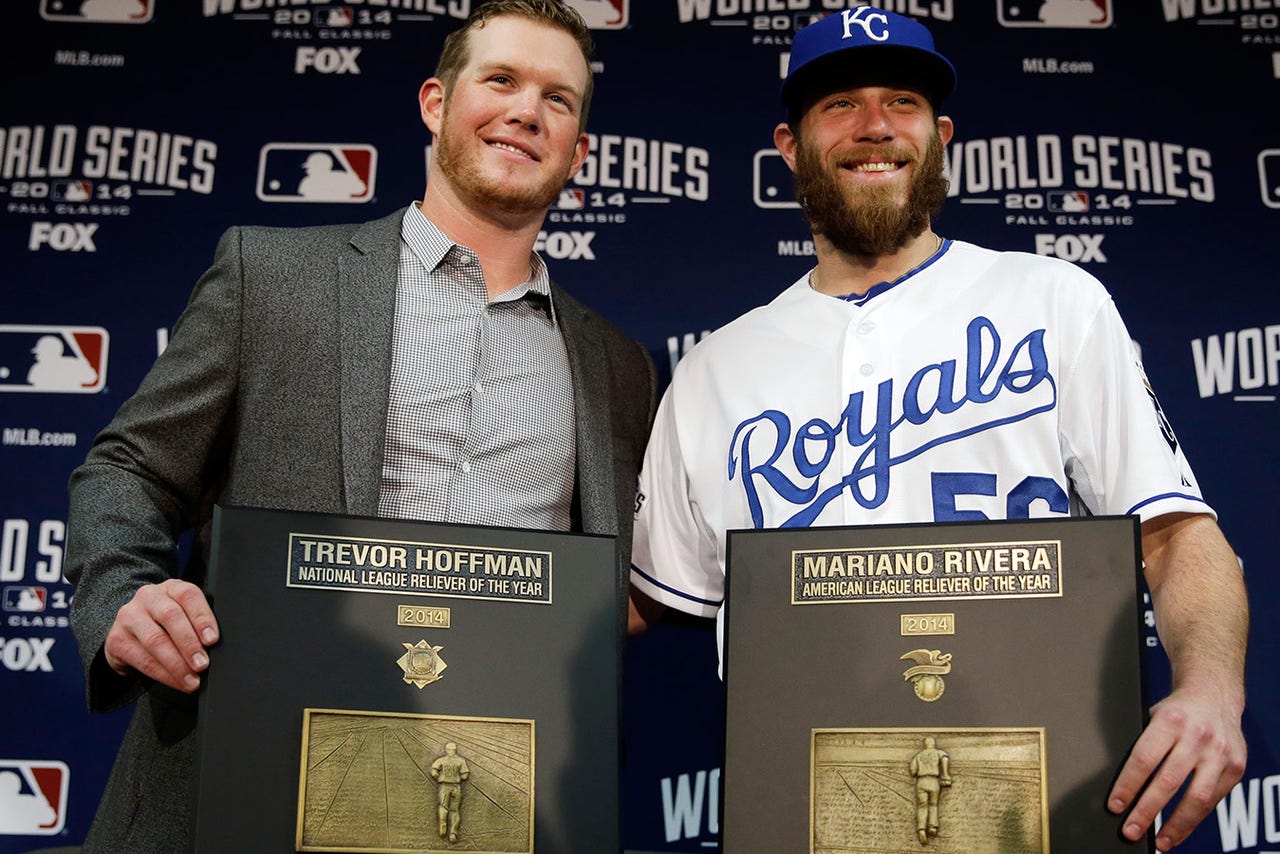 In 65 games this season, Holland fashioned a 1.44 ERA and posted 46 saves in 48 opportunities in helping the Royals reach the postseason for the first time since 1985. In 62 1/3 innings, the two-time AL All-Star struck out 90 batters while surrendering just 37 hits and 20 walks. In the postseason, Holland has saved six games during Kansas City's eight-game winning streak to the AL pennant. After a franchise-record 47 saves in 2013 and 46 this year, the 28-year-old Holland now owns the two best single-season save totals in Royals history. The North Carolina native's 93 saves over the two-year period were the best total among all AL relievers and second in all of MLB to Kimbrel's 94.

Balloting was conducted among a panel of nine all-time great relievers in order to determine the first recipients of the revamped awards, which were announced on April 9th. Rivera and Hoffman, both of whom spent their entire careers in the same League en route to the top of the all-time saves list, were joined as voters by the four living Hall of Fame relief pitchers -- Dennis Eckersley, Rollie Fingers, Rich "Goose" Gossage and Bruce Sutter -- and the three relievers who round out the top five in career saves -- Lee Smith, John Franco and Billy Wagner.  The nine voters ranked the top three AL relief pitchers and the top three NL relief pitchers based solely on regular season performance, using a 5-3-1 weighted point system.

The new Awards replace MLB's "Delivery Man of the Year Award," which was presented to one winner in all of Major League Baseball from 2005-13, and continue a longstanding baseball tradition of honoring the game's top relief pitchers.