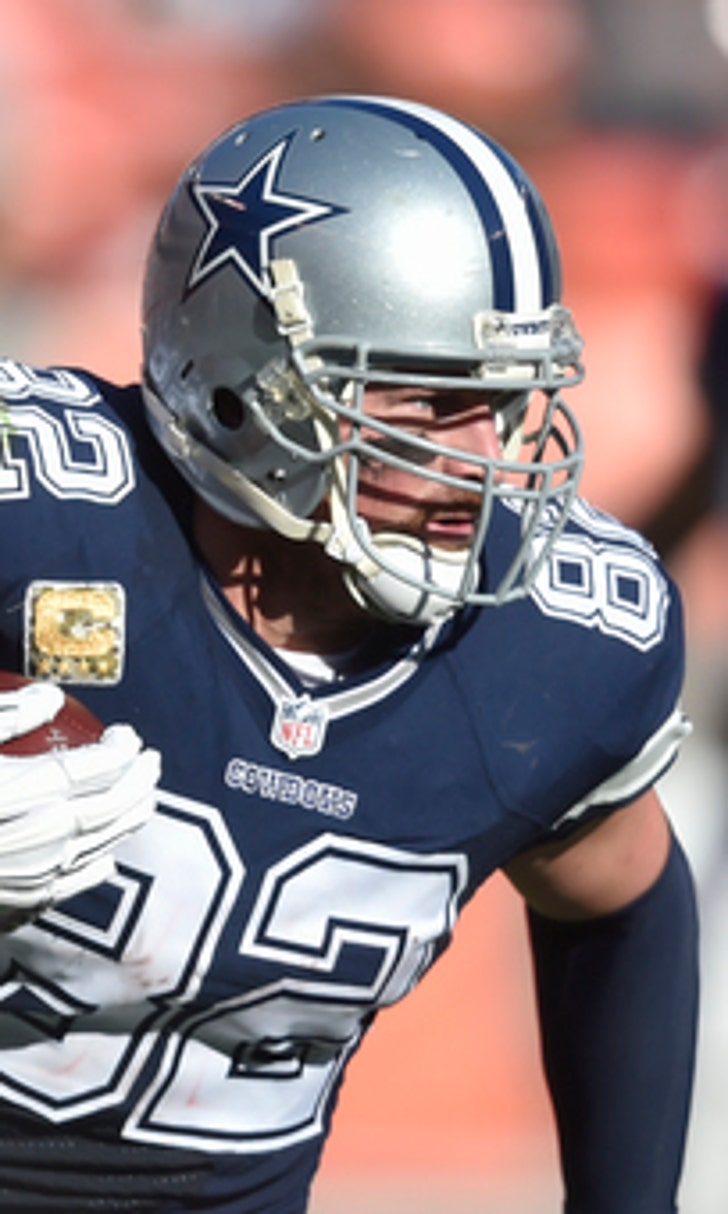 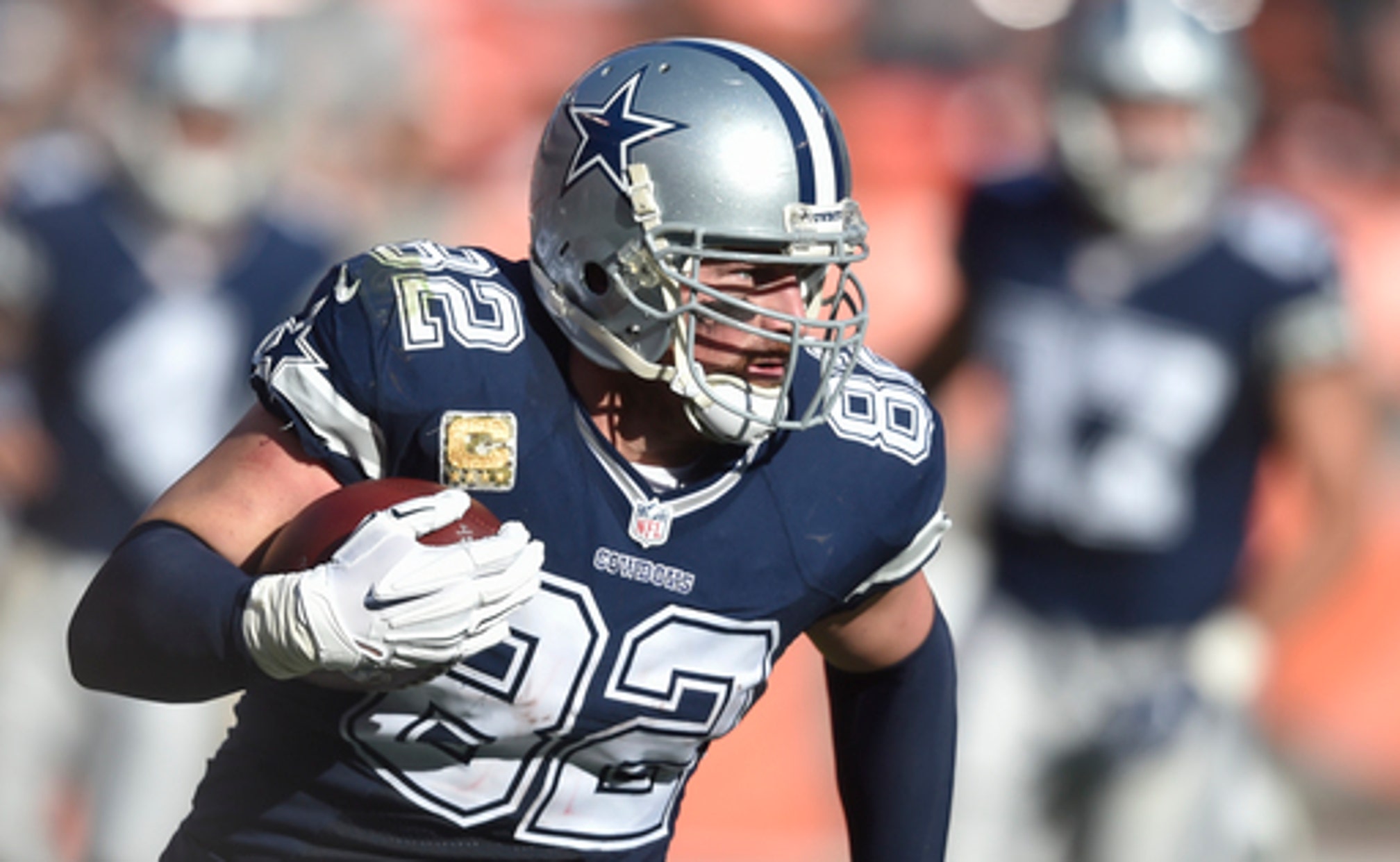 previous story
Ciganda, Smith share Lorena Ochoa Invitational lead
next story
Schrager podcast: Why the Patriots need to be scared of the 4-5 Chargers 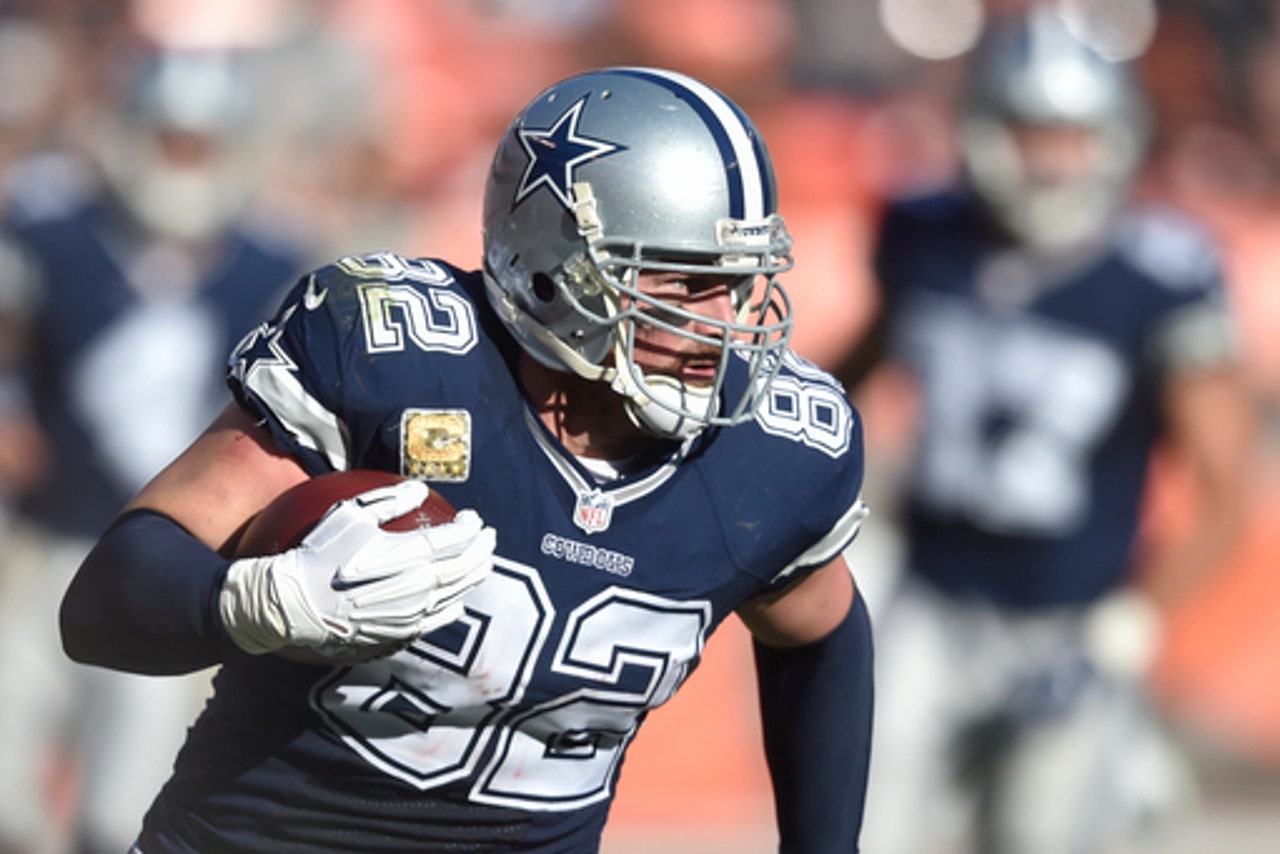 FRISCO, Texas (AP) Jason Witten locked arms with Dallas police at training camp in a show of support he initiated after the shooting that rocked the city over the summer.

Three months later, the Dallas tight end accepted a game ball from coach Jason Garrett in a joyous locker room after catching the winning touchdown pass in overtime against Philadelphia.

Off the field and on, Witten's 14th NFL season has been a showcase of his leadership, made even better for him by the Cowboys' surprising surge to the best record in the NFC at 7-1. Maybe this was the perfect year to be the first one with Witten all alone on the cover of the team's media guide.

''Witten means everything to me,'' said receiver Dez Bryant, who benefited from the stewardship of Witten and quarterback Tony Romo during more difficult times early in his career. ''If you're a hard worker, that's the type of guy you want to be around. The way he just talks to us, I just think it's amazing. That guy's got everything.''

When camp opened in California in late July, Witten was arm in arm with Dallas Police Chief David Brown less than a month after five officers were killed in a downtown ambush as a Black Lives Matter rally was wrapping up.

Witten went to team officials with the idea of a tribute to the families of the fallen officers because he says that's what leaders do. And he wasn't concerned about taking sides on a divisive issue that reignited a few weeks later when San Francisco quarterback Colin Kaepernick sat during the national anthem.

''I just thought it was the right thing to do,'' Witten said. ''The more established you get, the more ingrained you get in an organization and a city, obviously the more at stake you have. You feel that's part of you.''

When U.S. Attorney General Loretta Lynch announced a funding initiative for police departments early in the season, Witten attended the function at a Dallas high school, along with safety Barry Church. For several weeks after the Kaepernick controversy arose, Witten fielded questions on the topic.

All the while, the Cowboys kept winning with rookie Dak Prescott at quarterback after Witten's best friend on the team, Romo, injured his back in a preseason game. Dallas has a chance to match the single-season franchise record of eight straight wins Sunday at Pittsburgh.

And Witten is one of the constants. The 34-year-old entered the season with the franchise record for consecutive games played. That number is up to 211, and he now has the club marks for starts (205) and consecutive starts (155).

All that's left is games played, and he'll be one short of Ed ''Too Tall'' Jones' record of 224 if he plays all 16 games for the 13th straight year. Witten's contract expires after next season.

''Witt's just a rare individual,'' coach Jason Garrett said. ''He's a great football player; 14 years, 10-time Pro Bowler, arguably the best all-around tight end of his generation. But what he does each and every day is an example to the rest of us: coaches, players, guys he plays with, guys he plays against.''

Witten's achievements for longevity have coincided with almost a yearlong absence for Romo, who missed 12 games last season with a twice-broken left collarbone. They are the two longest-tenured Cowboys, but Witten's voice has been the only consistent one on the field for a young group headlined by two standout rookies in Prescott and running back Ezekiel Elliott.

''When you have some situations come up, you would think, `Oh, he's really got to do it more because the 14-year veteran quarterback isn't in there,''' Witten said. ''For me, I just think keep attacking it every single day. And it makes it a lot easier when lot of the other guys want to follow you.''

Witten isn't some tight end emeritus. His production with Prescott rivals that with Romo, and he's coming off his first 100-yard game in three years last week at Cleveland. Witten and Tony Gonzalez are the only tight ends with at least 1,000 catches and at least 10,000 yards receiving.

''I'm spoiled since I have been here to have guys like Witten, who regardless of what week it is he is going to be out there and he is going to be answering the bell,'' offensive coordinator Scott Linehan said. ''And he rarely misses plays during the game. I can count on one hand how many times he has come out the game.''

Perhaps the ''spoiled'' factor is why Garrett stopped everything in the locker room after a 29-23 victory over the Eagles. It might have been time to remind everyone what Witten brings.

''I hope that the body of work and what you represent day in and day out, on and off the field, in the locker room, there's a lot of work that goes into that,'' Witten said. ''And it's not to get a game ball or anything like that. It's what you want to be about. It's how you want to carry yourself on the field certainly, but off the field as well.''

There's been no better illustration for Witten than the 2016 season.

MVP Watch: Wilson Bolsters Case
Just how good is Russell Wilson? Even in a bye week, the Seahawks quarterback strengthened his claim for the MVP award.
43 mins ago