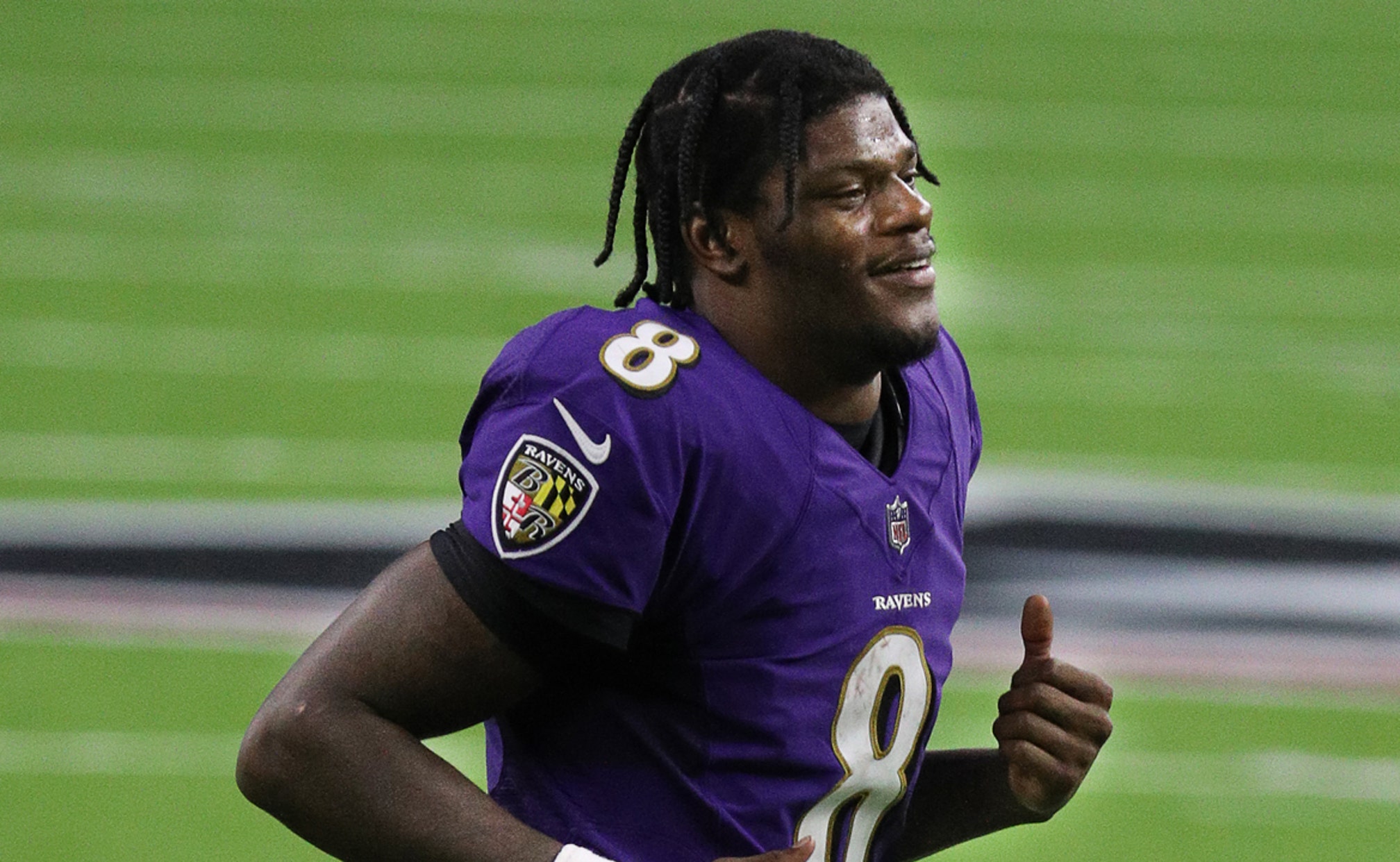 There is no such thing as a perfect football team.

Every squad has some assortment of problems. As fans, it’s our job to enjoy what works and complain bitterly about what doesn’t. It’s also our job to figure out just how optimistic we should be about our team’s chances of a) making the playoffs and b) torturing the people who love it.

So as we head into Week 3, I thought it would be fun to check in on what levels of emotional stability fan bases are working with. We’ve seen enough to have a slight idea of where we stand, but not enough to know for sure.

I’ve put together a list of both the top five fan bases who can safely hope and the bottom five, who should simply enjoy what flashes of brilliance might pop up this year and otherwise prepare to eat too many wings just to feel something.

Even if that’s only heartburn.

If your team isn’t on here? It means you should think of them as “glass has water in it that hits the halfway mark.” Don’t get too high or too low. Ride it out, baby.

*Disclaimer: this is not a list of what teams are BEST. This is about which fanbases should have the most and least HOPE. So don’t yell at me about that, thanks.

Glass is half full

Things are looking legitimately good for Bills fans for the first time in a while. Coming off a playoff run last year, Josh Allen’s cannon of an arm still appears to be firing on all cylinders (did I just mix artillery and car metaphors? Sure did!), and there’s a good chance the balls and Stefon Diggs’ gloves both have magnets in them. The ex-Viking had more receiving yards than Minnesota's entire offense in Week 2.

I don’t want Buffalonians (??) to get cocky or anything, but I think you can start to get truly excited about this group’s chemistry.

The Las Vegas Raiders have legitimately never lost a game. I don’t think there’s a single franchise out there that can say the same, so enjoy it! Derek Carr and his merry band of pirates beat Drew Brees and the Saints on Monday. New Orleans is a well-oiled machine that still seems to be a formidable opponent despite its one rusty component: Brees’ arm.

The Raiders face another test when they head to Foxboro this week to take on Cam Newton and the new-look Patriots. Given the fight New England put up against the Seahawks last week, this will be tough for Vegas. But despite Jon Gruden’s inability to keep his mask over his nose and mouth, he seems to have figured out how to coach his guys to victories.

If the Raiders ever had a shot of beating the Pats, this year might be it (but hedge a *bit* thanks to a short week and travel for Vegas). I’d be cautiously optimistic that this ship could have smooth sailing.

As a Pats fan (I left them off this ranking because I can’t figure out my football emotions re: New England right now), I really hate writing this one. But Seattle has the most underrated quarterback in the entire league.

I still think Mahomes is at the very top of the QB list, but Russell Wilson has an advantage in never receiving an MVP vote — he and his team can take that underdog status and let it fuel them. His social media might be corny as hell, but there’s nothing corny about the way Russ cooks (unless it’s a summer salad — ZING!).

Despite the fact that the Cowboys will be riding high after their insane comeback — which I still contend was more of a Falcons’ collapse than a Cowboys’ success, but I digress — I don’t think Dallas has a prayer against Seattle. You ‘hawks fans should feel like Russ’ $140 million bucks.

Well, well, well. Looks like Kliff Kingsbury might not just be a pretty face. And despite Kyler Murray’s tiny hands (that’s a combine sports media joke, sorry), he seems to get the ball to DeAndre Hopkins just fine. Hopkins has 22 receptions with the Cardinals, an NFL record for most receptions in a player’s first two games with a club.

I was legitimately shocked by how good the Cardinals have been this year, and I wouldn’t be surprised if fans are too.

I’m going to save what I have to say about the Lions for the latter portion of this article, but for now: Arizona doesn’t need to worry about Detroit in Week 3.

Lamar Jackson. Good lord. I know that Baker Mayfield tried to coin “dangerous” for himself, but the real threat on the field is the Ravens’ QB. I’m jealous of Ravens fans. Not only is Lamar already so good, he’s also so young. Seems like he’s only going to get better.

Facing the 2-0 Chiefs and Patrick Mahomes won’t be easy. There’s definitely a good chance Baltimore loses. But the reason I think fans should still feel hopeful going into this game is because a) the Ravens looked more confident than the Chiefs in Week 2 when Baltimore smoked Houston. A win would make the Ravens the first team to beat the Chiefs since early November of 2019. And a loss can be easily written off.

Why aren’t the Packers and Chiefs on here?

The Chiefs’ bar is too high already after winning a Super Bowl. Fans will understandably be hopeful, but also a little worried, as any fan base is the year after a Championship. The Packers aren’t here because we’ve seen come-aparts from Green Bay before with Aaron Rodgers, and it’s probably best to keep expectations as level as possible, even while things look so good.

Glass is half empty

Dear god. I’m not sure where to start, and to all you Atlanta fans? I just want to say I’m so, so sorry. I don’t know how you all do it. Just when you think they can’t break your heart anymore, they blow a 20 point lead to the Cowboys.

I don’t think all hope is lost because Matt Ryan is too good and works too hard for a total garbage fire season, but I do think that with this team, you’ve got to set your expectations to zero. Just when things are looking like they might be okay, they aren’t. Take any win as a huge gift and any loss as stasis. Is there a shot they beat the undefeated Bears? While that’s not a sentence I saw myself typing before Week 1, yeah there’s a chance. But protect your hearts and assume there isn’t.

I’m putting these teams together because they’re tied for misery. Each looked very hopeful going into the season — Daniel Jones didn’t get the nickname Danny Dimes for nothing, and the Niners not only went to the Super Bowl last year, they managed to hold onto the lead for a while.

But they were both plagued by injury in Week 2, as San Francisco lost QB Jimmy Garoppolo and key players Nick Bosa, Raheem Mostert, Solomon Thomas, and Tevin Coleman. The Giants offense took a hit when running back Saquon Barkley went down with an ACL tear and WR Sterling Shepherd was diagnosed with turf toe.

The two teams play each other this weekend in what might be the saddest game yet. The Niners said that problems with the turf were to blame for injuries, and they head back to MetLife to face the Giants on Sunday. Hoping for the best, fearing the worst.

The Lions seem determined to break your heart slowly and then just keep on breaking it. QB Matt Stafford has a great season every other year, but this one isn’t following that promising trend. Coach Matt Patricia came from Bill Belichick’s coaching tree, which should be a good thing, but seems to be a curse. After a terrible loss to the Packers last week and a close-but-no-cigar game against the Bears in Week 1, the hope meter is set pretty low, and fans are calling for Patricia’s job.

They play the Cardinals this week, so. Good luck, emotionally.

Well, the Jets couldn’t beat the 49ers even after the entire Niners team went down with injuries. Heach coach Adam Gase’s strategy seems to be “don’t have one!” and they haven’t been to the playoffs in ten years.

I don’t have to tell fans any more than that, but if you thought this might be the year that quarterback Sam Darnold finally spread his wings and flew the team to Hope City ... well, I don’t think it will be.

The Colts are going to win this weekend’s game.

Honorable mention: Philadelphia Eagles. Because after Week 1's loss to The Football Team, followed by a loss to the Rams, you all went through it. But you always go through it, so I don’t know how to rank your emotions.