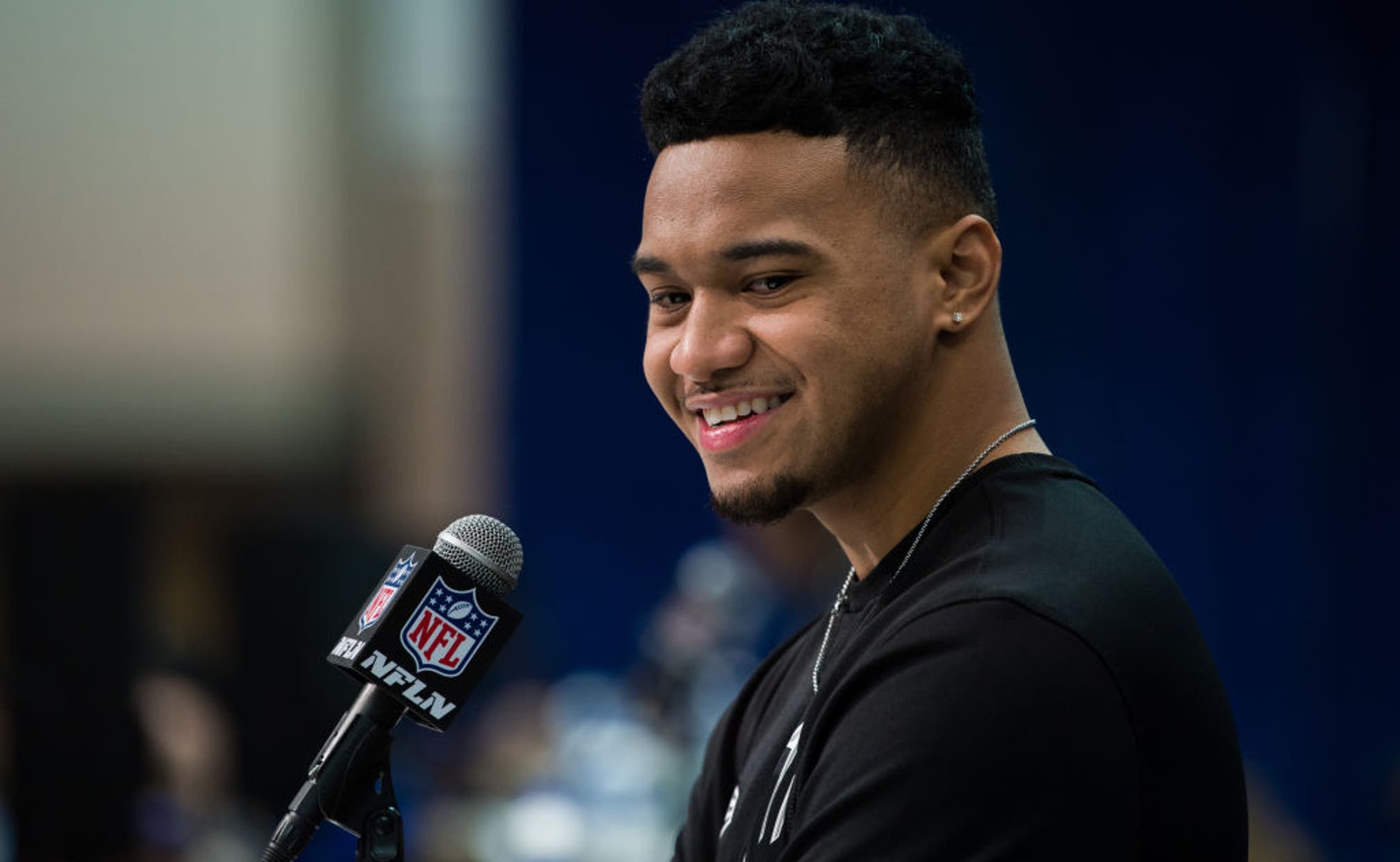 The concept started more than a year ago, with little room for doubt or deviation, that this specific Thursday in April would be the day of Tua. Tua Time, as it were.

In other words, that the 2020 NFL Draft would be all about Tua Tagovailoa, and that no other storyline would be able to match it.

Even while he was still playing out what would be his final season at Alabama, National Football League fans talked about Tua, thought about Tua — heck, in the case of the Miami Dolphins, even urged their team to Tank for Tua.

With the league’s annual selection spectacular now just a few hours away, a lot has happened in the meantime. Tagovailoa gave further glimpses of his magic during his junior campaign in Tuscaloosa, then suffered a disastrous injury in a 38-7 blowout against Mississippi State. Then, Joe Burrow completed a season of majesty and coolness to vault to a consensus No. 1 pick.

Then, Tagovailoa’s post-surgery rehabilitation forced him to miss the NFL Combine and robbed him of the opportunity to showcase himself in front of league scouts and personnel. Finally, the ravages of COVID-19 and its brake-slamming effect on American life meant he could not stage his pro day, conduct pre-draft visits or be fully evaluated by team medical experts.

Yet, amid it all, it remains the Draft of Tua, perhaps even more so now than before. The 22-year-old from ‘Ewa Beach, Hawaii, remains the most fascinating plotline going into the most unusual, and possibly the most compelling, draft we may ever see.

He won’t, barring some miracle, be one of the first names off the board. Burrow seems to have the first selection so tightly sewn up that FOX Bet is offering -10000 odds that he is picked by the Cincinnati Bengals. Similarly, Ohio State defensive end Chase Young seems to make perfect sense for Washington at No. 2, with FOX Sports' Jay Glazer reporting the Redskins had shown little interest in attempts to persuade them to trade away that pick.

Anything might happen, which is what makes it all so intriguing. Tagovailoa has enough upside that a team with some cojones could see a difference-maker worth taking a trade-up flier on. On the flip side, in this injury-conscious and metric-driven sports landscape, his injury history carries enough red flags that a serious fall could await him.

He could still end up at the Dolphins at five, or he could be positioned to be the headlining act to open the Los Angeles Chargers' new stadium if they take him at six.

Or not. As Aaron Rodgers, Brady Quinn, Johnny Manziel and others will tell you, once freefall kicks in, it can last for what seems like an eternity. And, just to cap it all off, rumors are swirling that Tagovailoa might fall into the orbit of thinking (and marginal risk) for the New England Patriots.

“(Tua) has the most impressive tape over the totality of his college career of any quarterback in this draft,” FOX Sports’ Shannon Sharpe said on Undisputed. “Remember that Deshaun Watson tore his knee. How has he been? You don’t pass that talent up — it is too good of a talent to pass up.

“Miami, you made that mistake once before with Drew Brees. Hopefully you’ve learned your lesson. I would take him, and I wouldn’t think twice about taking him.”

Yet Tagovailoa’s injury was no minor setback. It left him with a dislocated hip and fractured posterior wall, plus a broken nose and a concussion. He also had an ankle issue in his sophomore year, and his ability to stay healthy is the primary concern of NFL evaluators.

He divides opinion in every way except this: the certainty that, if healthy, he is the biggest box office star to come out of college in years. How could he not be, with that superhero sounding name and the memory of his insane national title winning contribution as a true freshman in January of 2018?

You’ll want to catch the start of the Draft just for the obvious weirdness of it all. You’ll get to see Roger Goodell’s basement, and even though there is no stage, you’ll even get to boo the commissioner, thanks to a sponsorship promotion and what must be said is a good-sported agreement by the commissioner.

If you do miss a bit, fret not, for the real action starts at three, when Tagovailoa’s presence comes into the spotlight.

Mock drafts abound, and they can shift our thinking, but there is plenty of smoke and mirrors from NFL teams who want to keep their true intentions secret. Fellow QBs Justin Herbert and Jordan Love are getting a lot focus, but as always, we will have to wait and see — something Tagovailoa already knows.

“If I’m the first pick or if I’m the last pick, whatever team takes a chance on me, I’m grateful,” Tagovailoa told USA Today. “Whatever team decides to pick me, that’s the team I’m meant to go to.”

We will find out soon where that is. It is going to be a draft with a difference, one we will never forget. Tua Time is nearly here.

He, for one, hopes it doesn’t last too long.