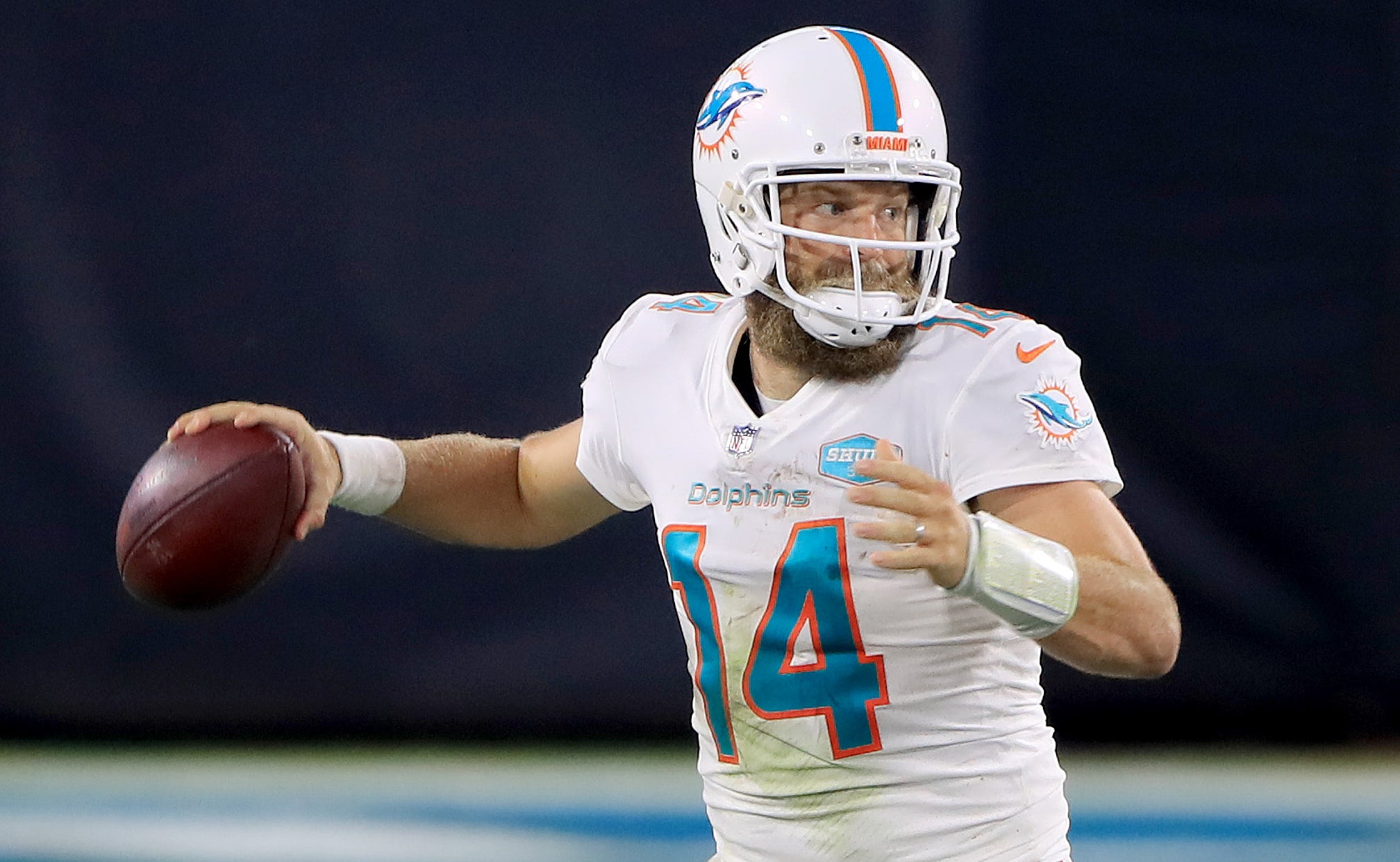 The 'Battle of Florida' wasn't much of a battle after all.

Ryan Fitzpatrick put on a clinic in efficiency on Thursday Night Football, leading the Miami Dolphins to a 31-13 victory over the Jacksonville Jaguars, Miami's first victory of the season.

Here are the key takeaways from Thursday's game:

1. The magic hasn't run out

After the Dolphins got off to an 0-2 start, some were calling for Tua Tagovailoa – the 5th pick in the 2020 NFL Draft – to take over for Ryan Fitzpatrick at quarterback.

Even though Fitzpatrick had completed 66.2% of his passes (51-for-77), he had only thrown 2 touchdowns in two weeks, compared to 3 interceptions.

But on Thursday, Fitzpatrick was no longer – and Fitz-magic made his triumphant return.

And the magic from Fitz wasn't strictly reserved for the passing game.

He even caught one ball on the night. And even though it went for 0 yards, he still joined some elite company with the reception.

2. Minshew comes back to earth

As solid as Fitzpatrick was on Thursday, his counterpart, Gardner Minshew, had a shaky performance at best.

Minshew completed 30 of 42 passes for 275 yards, but did not throw a single touchdown. Instead, he threw one interception, lost one fumble and was sacked four times.

Just last week, Minshew had argubably the best game of his young career, completing 19-of-20 passes for 173 yards and 3 TDs in Jacksonville's 27-20 win over the Indianapolis Colts.

In reality, Thursday night was a one-on-one matchup between Ryan Fitzpatrick's beard and Gardner Minshew locks.

Early this week, Ryan Fitzpatrick proclaimed that the hair on his head had the edge over the hair on Minshew's.

Minshew respectfully disagreed – and in the process, took a little shot at the veteran Fitzpatrick (emphasis on veteran).

However, age aside, the 37-year-old Fitzpatrick got the last laugh over the 24-year-old Minshew, and the internet was quick to celebrate Fitz-magic's victory.

Might be time for Minshew to get a shave after Thursday's performance.