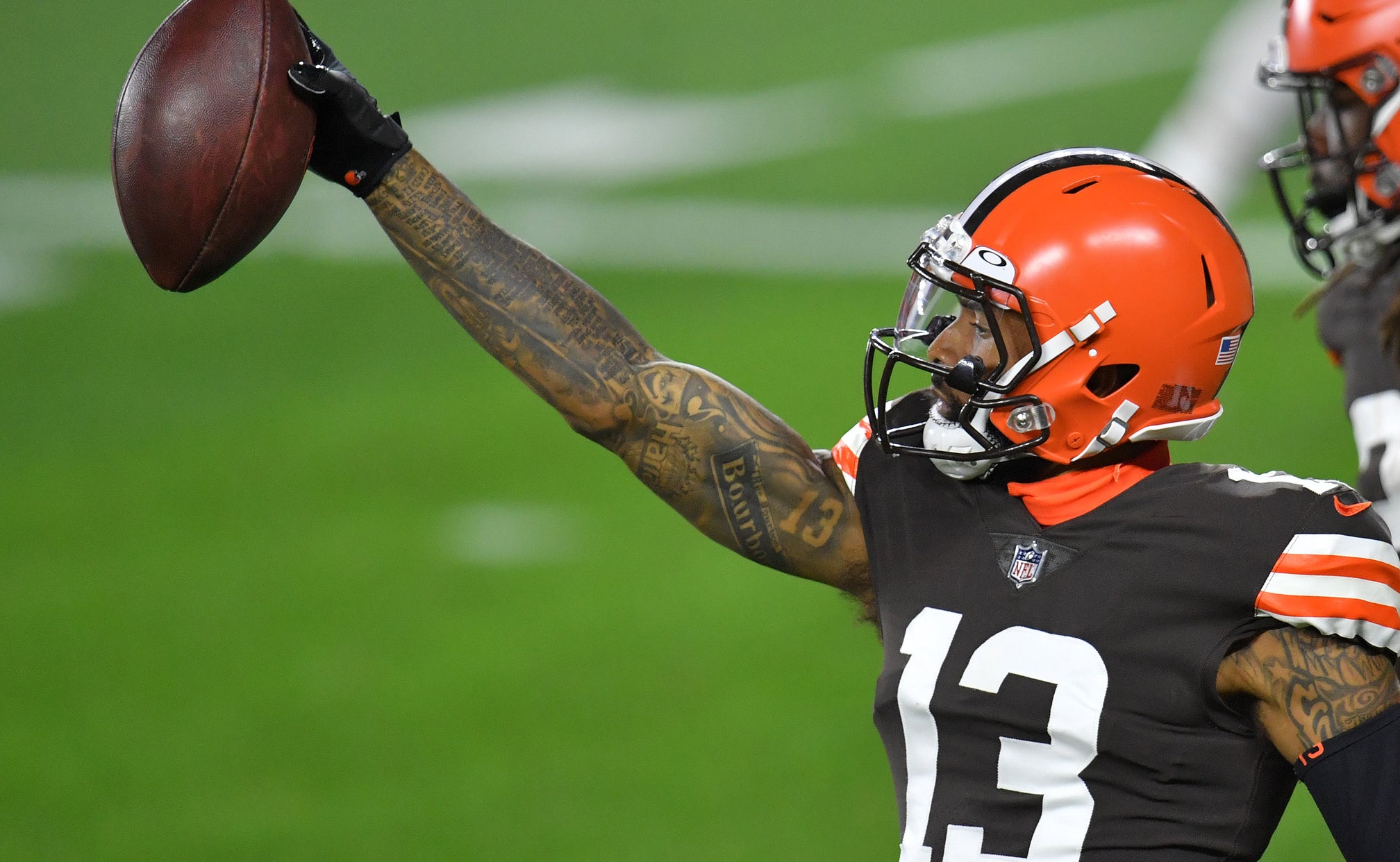 Despite it only being Week 2, the pressure was on the Cleveland Browns to have a bounce back game after a 38-6 loss to Baltimore in Week 1.

And most of that pressure was falling on the shoulders of not only Cleveland's quarterback, but its superstar wide receiver as well.

The Browns held off division rival Cincinnati for a 35-30 win, and for the first time in a long time, Odell Beckham Jr. made his presence felt.

With Cleveland up 7-3 in the second quarter, Baker Mayfield uncorked a deep sideline pass off a play-action bootleg, hooking up with OBJ for a 43-yard TD, his first TD of the season.

It was the second-longest TD catch of OBJ's career in Cleveland, and he finished the night with 4 catches for 74 yards, averaging 18.5 yards per reception.

The TD also marked OBJ's 14th career receiving TD of at least 40 yards, tied with Kansas City Chiefs receiver Tyreek Hill for second most since 2014, the year Beckham was drafted.

For Cleveland fans, is this a sign of what's to come? Does OBJ have his mojo back?

Kevin Wildes of First Things First isn't quite sold that Thursday represented the resurgence of Odell, longing to see a little more before putting stock in Mayfield and OBJ as the magical duo that Cleveland fans hope they are.

OBJ left much to be desired in his first year with the Browns in 2019. He caught just 4 TD passes, and his biggest play last season came from a short catch and long run for an 89-yard score against the New York Jets.

With his previous team, the New York Giants, Beckham was a superstar. He became known for his jaw-dropping one-handed TD catch in a Sunday Night Football primetime matchup against the Dallas Cowboys in 2014. OBJ capped that season winning Offensive Rookie of the Year.

As a rookie, Beckham became the first player to rack up over 75 catches, 1,100 yards, and 10 TDs in his debut season, while breaking the rookie record for the most average receiving yards per game (108.8).

Since he entered the league in 2014, he ranks ninth in catches (471), sixth in receiving yards (6,607) and is tied for third with Tampa Bay Buccaneers wideout Mike Evans for receiving TDs (49).

OBJ is also the only player in league history to have at least 1,300 receiving yards while playing in 12 or fewer games in a season.

With stats like that, former Pro Bowl wide receiver Brandon Marshall is placing the onus at the feet of the Browns to use OBJ more in their offensive schemes.

"Get this [OBJ] involved – faster, in the first 15 [minutes]. [Cleveland] could take advantage of the pitch and catch, and it's really extension of the running game."

In Week 1 of this season against the Ravens, OBJ was nothing like the OBJ of old, but on Thursday, there seemed to be promise regarding what he could create in Cleveland.

But as we all know about the NFL, there are never any promises.

We'll see what OBJ brings to the table on Sept. 27, when Cleveland takes on the Washington Football Team.