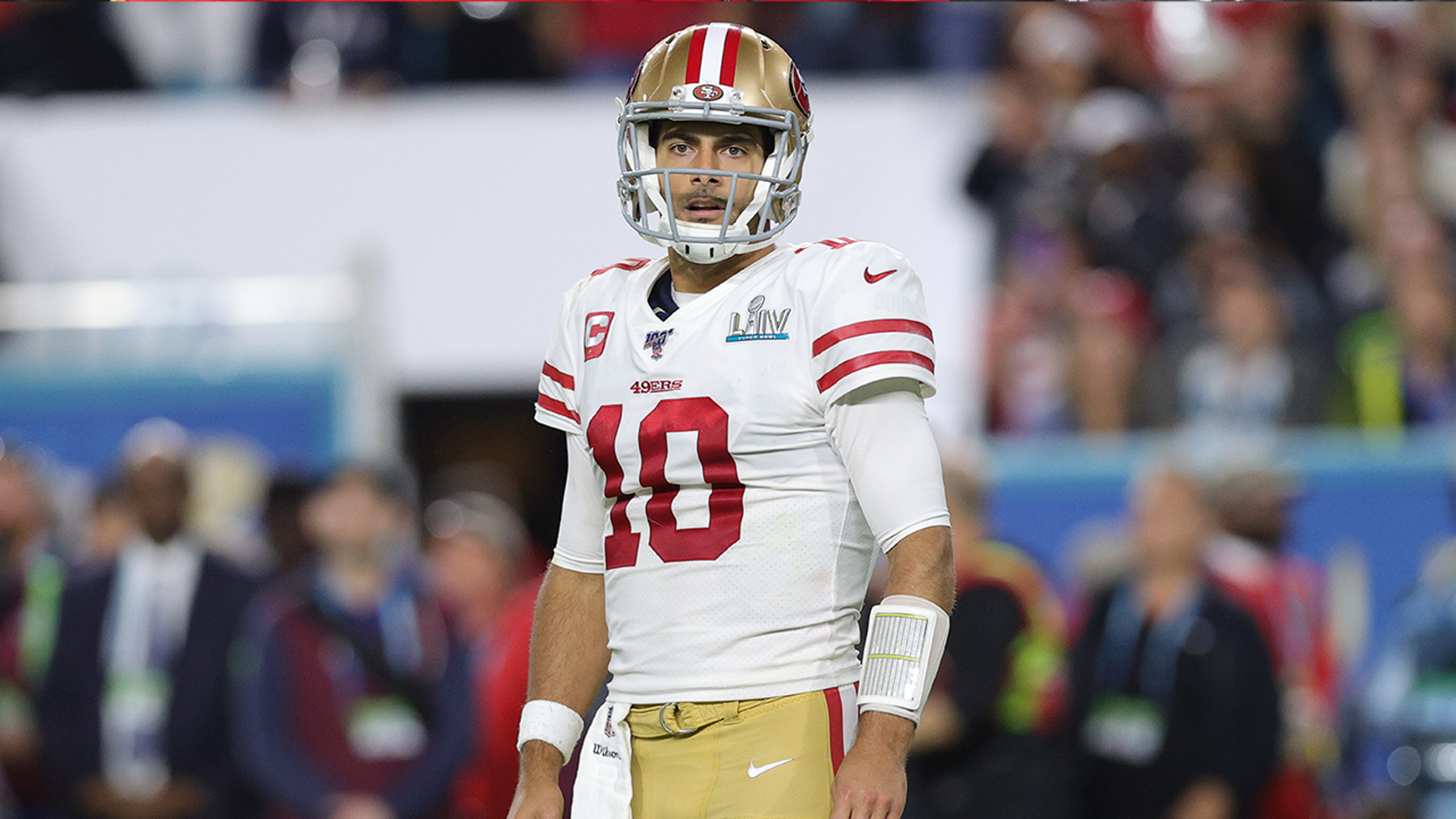 Just how good is Jimmy Garoppolo? Is Aaron Rodgers still among the elite of the elite? And what's left in the tank for Tom Brady?

On Monday, The Athletic's Mike Sando published his popular annual quarterback tier rankings, which includes opinion from fifty NFL coaches and evaluators regarding the game's greatest signal-callers — and the list generated plenty of discussion.

Yet for the first time in over a decade, Brady fell out of the top tier, while Garoppolo's Super Bowl run wasn't enough to boost him out of the middle of the pack. All in all, the rankings raised 3 particular questions:

So why the disconnect between Garoppolo's rate stats and his ranking?

Colin Cowherd believes fans and analysts hold it against Garoppolo that his Super Bowl performance from last season was less than memorable — but when looking at Jimmy G's resume in its totality, Cowherd argues, he's one of the best quarterbacks in the game.

But the former Super Bowl MVP completed just 62.3 percent of his passes, his lowest completion percentage since 2015 and his second-lowest since becoming a full-time starter in 2008.

Moreover, the Packers increased their reliance on the run in 2019, going from 34 percent run plays in 2018 to 42 percent last season.

Yet Shannon Sharpe chalked that up to LaFleur attempting to take some of the pressure off Rodgers to be the sole playmaker for the Packers.

The 6-time Super Bowl champion and 3-time NFL MVP struggled in 2019 and landed in Tier 2 on Sando's list.

His 60.8 completion percentage was also the third-worst of his career as a starter.

Sharpe agreed wholeheartedly with the assessment of Brady from Sando's tier rankings.

"I ain't no exec ... But that guy said exactly what I've been saying for a year and a half, verbatim. 'He’s cautious. He is a little more skittish in the pocket. He doesn’t want to take a hit.' ... 'I think his arm strength is diminished and if you are around football a lot, you notice his ball placement is slipping a little bit.'"

While the discussion will swirl all season long, according to FOX Bet, Brady has the best odds of the three to win MVP this season at +1800, followed closely by Rodgers at +2000 and Garoppolo further back at +3000.

Hold the Phone
The Seahawks are now taking calls from teams inquiring about superstar quarterback Russell Wilson. Is a breakup inevitable?
30 mins ago

Do You Believe-Land?
Baker Mayfield and his wife saw a UFO on Wednesday night in Central Texas. And Colin Cowherd wants to talk about it.
17 hours ago

Ricky Williams Enters 'Club Shay Shay'
One of the most heralded running backs in college football history joined Shannon Sharpe inside 'Club Shay Shay' this week.
1 day ago
those were the latest stories
Want to see more?
View All Stories
Fox Sports™ and © 2021 Fox Media LLC and Fox Sports Interactive Media, LLC. All rights reserved. Use of this website (including any and all parts and components) constitutes your acceptance of these Terms of Use and Updated Privacy Policy. Advertising Choices. Do Not Sell my Personal Info