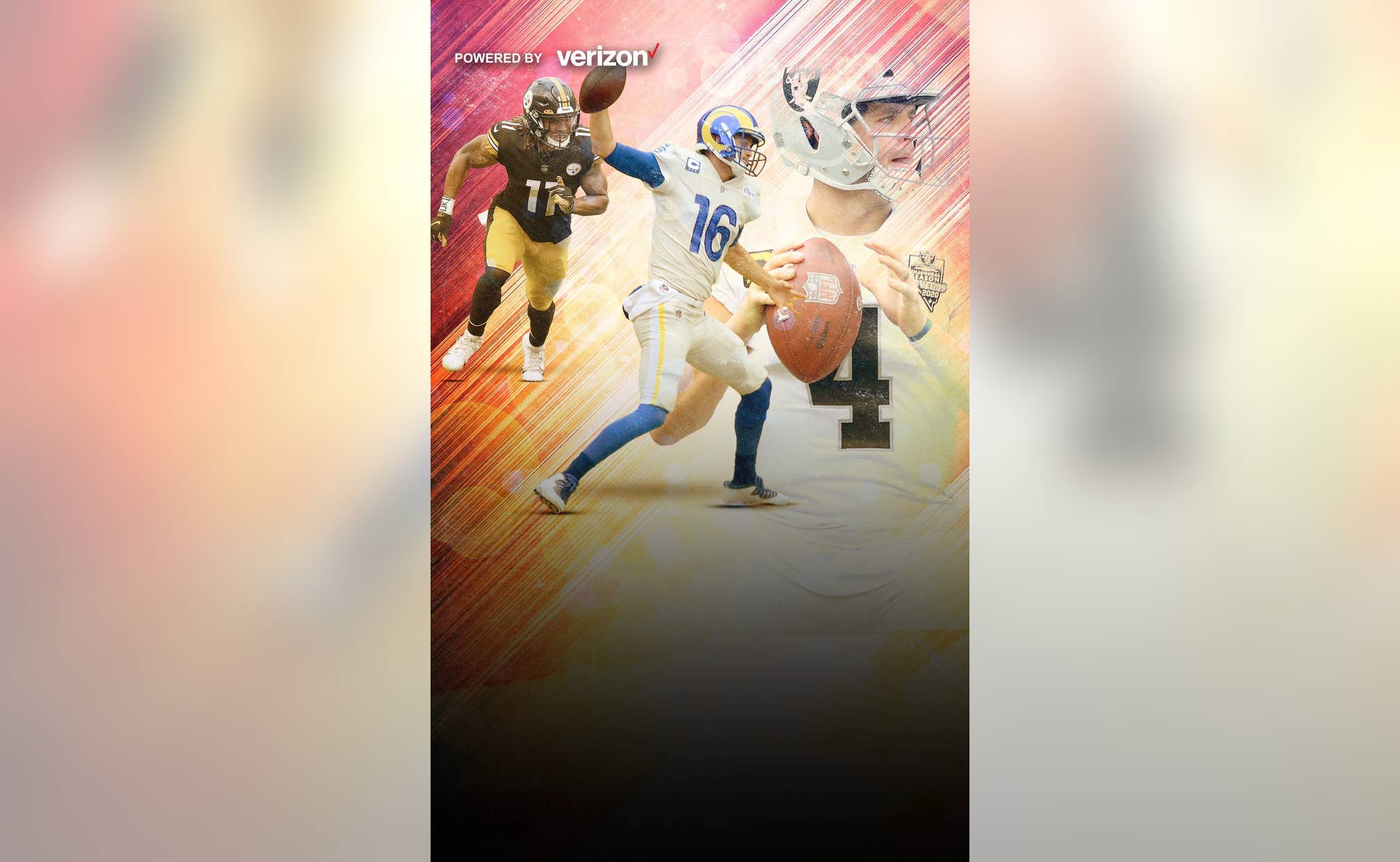 The seemingly infallible Kansas City Chiefs were anything but on Sunday, as they fell victim to an energized Las Vegas Raiders team at Arrowhead Stadium.

Check out the major takeaways from the pre-Sunday Night Football slate of Week 5's NFL games.

(All odds information via FOX Bet)

Chiefs' streak comes to an end

Derek Carr threw his first interception since Dec. 1, 2019, but the Raiders quarterback powered through with 347 passing yards and three touchdowns – including a gem to speedster Henry Ruggs III.

In a bend-but-don’t-break effort, the Raiders kept Kansas City to eight second-half points to allow their offense to mount an impressive comeback victory against their AFC West rivals to move to 3-2.

The Battle of Pennsylvania was a battle indeed, but the Pittsburgh Steelers came out victorious, 38-29, over their in-state rivals.

Rookie wide receiver Chase Claypool proved to be a problem the Eagles couldn’t solve, going off for four total touchdowns, a franchise rookie record for a single-game performance.

Travis Fulgham, forced into the starting lineup due to a litany of Eagles injuries at WR, shined for the Eagles with 10 catches for 152 yards and a score in the loss.

For Eagles quarterback Carson Wentz, ball security remained an issue. With two interceptions against the Steelers, Wentz now has nine on the season – the most he’s thrown since his 14 picks as rookie.

Teddy Bridgewater enjoyed a strong day as the Panthers visited Atlanta and emerged with a 23-16 win.

Bridgewater threw for 313 yards and two touchdowns, as his connection with wideout Robby Anderson continued to bear fruit.

Anderson ended the day with eight receptions and 112 yards, while fellow wideout D.J. Moore cracked 93 yards and a touchdown.

A fourth-quarter interception from Falcons QB Matt Ryan proved to be costly for Atlanta, too.

Todd Gurley did find the end zone for the Falcons and put up 121 rushing yards, but the Falcons were unable to overcome their NFC South foes and remain winless on the season.

And that 0-5 start to the season was the final straw for franchise, as Atlanta fired coach Dan Quinn and general manager Thomas Dimitroff.

Ravens pile on vs. Bengals

The Baltimore Ravens defense clamped down on the Cincinnati Bengals in a big way, coming up with five sacks, three turnovers and even a defensive touchdown.

Minus a face-saving field goal in the fourth quarter, the Ravens completely flummoxed Joe Burrow and the Bengals to win 27-3.

Lamar Jackson finished the day with 180 yards, two touchdowns and a pick as the Ravens improved to 4-1.

Aaron Donald and the Los Angeles Rams harried Washington’s quarterbacks – which included Alex Smith in a memorable return – all day on Sunday.

The Rams amassed eight sacks against Washington, four for Donald and three for Troy Reeder.

Kyle Allen had stepped in for Dwayne Haskins, who was benched earlier this week, but left the game with an injury.

That opened the door for Smith’s first game action since a gruesome leg injury in November 2018, but ultimately the Rams prevailed rather easily in the 30-10 win.

DeShaun Watson spread the love in Houston’s 30-14 win against the Jaguars, finding three different wideouts for touchdowns, but also tossing a pair of interceptions.

Brandin Cooks served as the main beneficiary from Watson’s 359-yard day, hauling in eight catches for 161 yards. Running back David Johnson had his best day in a Texans uniform, falling just short of the century mark with 96 rushing yards.

After parting ways with head coach Bill O'Brien earlier this week, the Texans are back on the winning side of things for the first time this season.

Kyler Murray got it done on the ground and through the air as the Cardinals toppled the Jets, 30-10.

Murray racked up 380 yards in the air, linking up again with superstar wideout DeAndre Hopkins for a touchdown, while also running in for a score.

Stepping in for an injured Sam Darnold, Joe Flacco threw for 195 yards and a touchdown. With the result, the Jets fall to 0-5, while the Cardinals move to 3-2.

The Browns are back

Cleveland sits in a spot they haven't seen in two decades, as the franchise is 4-1 for the first time since 1994, after they defeated the Indianapolis Colts, 32-23.

The Browns didn’t score a single point in the second half, but quarterback Baker Mayfield shined in the first half, tossing a pair of touchdowns.

The defense also did their part, with Myles Garrett registering his sixth sack of the season while others added two interceptions, including a pick-six from Ronnie Harrison to effectively end the Colts' three-game winning streak.

Fitzmagic is in the building

Miami Dolphins quarterback Ryan Fitzpatrick silenced the "Tua Time" talk in Miami after his downright impressive performance in the 43-17 victory against the San Francisco 49ers.

Fitzpatrick threw for 350 yards and three touchdowns en route to the most points scored by opponent in Santa Clara all-time (43).

San Francisco's defense struggled to stop Miami all game long, and the Dolphins finished  with 436 yards of total offense.

The offense on the other side of the field struggled, as Jimmy Garoppolo, who returned to field after missing the last two weeks due to injury, was benched in the second half following two interceptions.

After a Super Bowl appearance last season, the 49ers now hold last place in the NFC West with a 2-3 record.