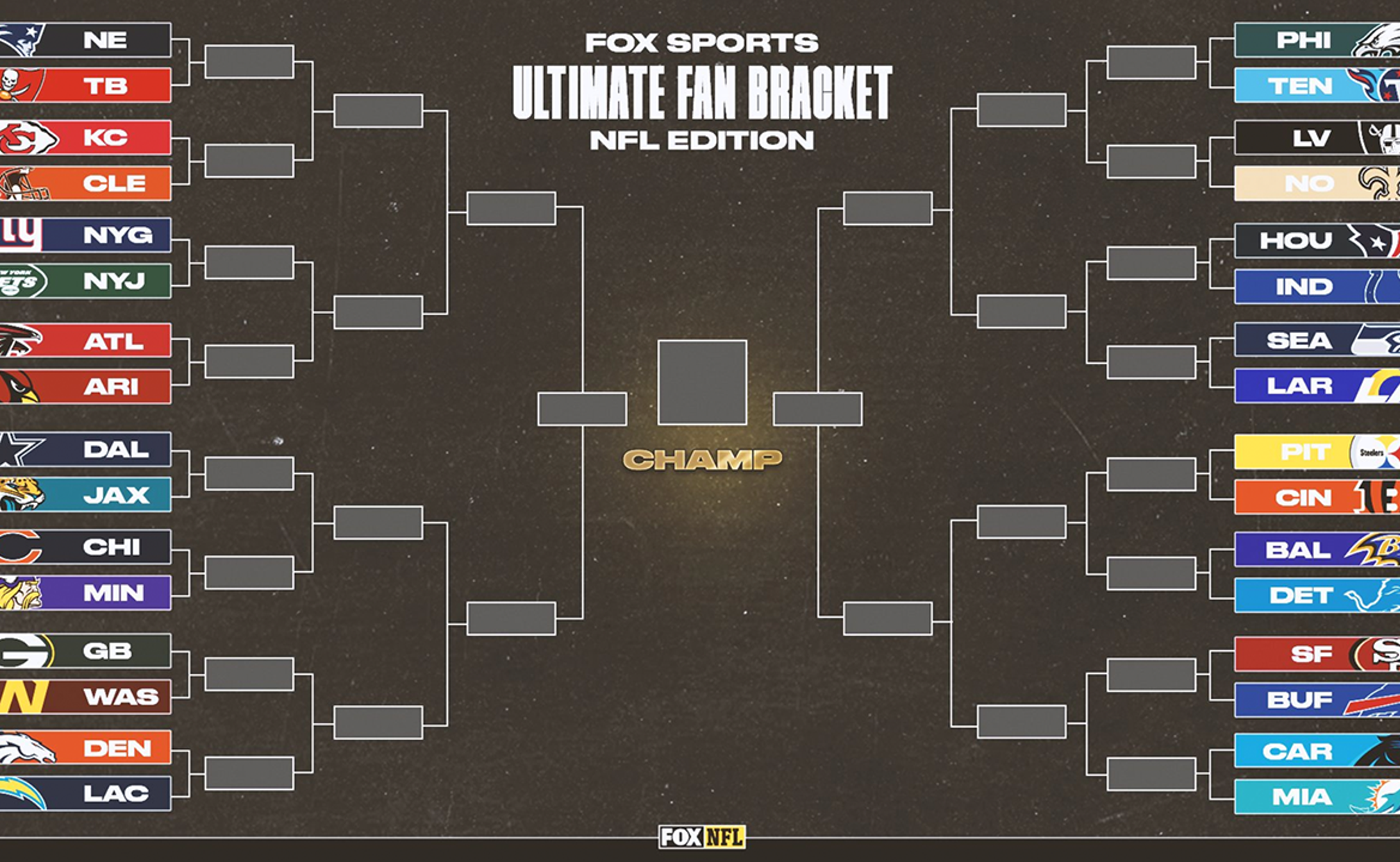 The first round of the second annual NFL Ultimate Fan Bracket is officially in the books.

The NFL is no stranger to upsets, and Round 1 may have featured the biggest one in Fan Bracket history.

Here are the highlights from the first round:

No. 5 Cleveland Browns vs. No. 4 Kansas City Chiefs

The loss proves once and for all that front-running might be the most important fan element.

No. 8 Tennesee Titans vs. No. 1 Philadelphia Eagles

The Philadelphia Eagles – who went down at the hands of the Cleveland Browns in the bracket last year – defeated the Tennesee Titans comfortably.

These top dogs (sorry, Cleveland) look like they have a good shot at a title run this year.

No. 8 Tampa Bay Buccaneers vs. No. 1 New England Patriots

Fans will indeed jump ship if their favorite player does.

Tom Brady to Tampa Bay was the biggest storyline of the NFL offseason, and now, it seems to be a storyline in the Fan Bracket as well, considering the Bucs managed to upset the Pats, despite 8-1 odds.

No. 5 Minnesota Vikings vs. No. 4 Chicago Bears

We all know division rivalries run deep, and the Minnesotta Vikings were able to claim victory over NFC North rival Chicago in Round 1.

What makes it even sweeter? It was also an unexpected upset, as the Bears reached the semifinals in the Fan Bracket last year.

Now, onto a few of the featured matchups in Round 2:

*All odds provided by FOXBet

If you know these two AFC squads, you know this rivalry is a serious one.

On the field, the Steelers lead the overall series, 28–24, and FOX Bet likes their chances in the Fan Bracket, too.

Last year, the Steelers made it all the way to the semifinals, while the Ravens were eliminated in the first round.

The Eagles might be a favorite to make it to the finals, but that doesn't mean their road will be easy.

If you've ever been to the Superdome, you know how loud it gets. And the New Orleans fans are just as intense on Twitter.

Both teams made it to the quarterfinals in last season's bracket, so expect fireworks.

Could we be seeing a Super Bowl LV preview? Kansas City is returning almost every aspect of its Super Bowl roster, and the Bucs have Brady.

But before the season begins, Brady's diehard fans can get it done for him off the field – unless Patrick Mahomes eclipses the GOAT once again, just like he did in NFL jersey sales in 2019.

Here are the odds for the rest of the second round matchups:

Make sure you head to NFLonFOX on Twitter to cast your vote in the second round!

Inside The Patriots' Shocking Decline
Something has changed in New England and it has done so with stunning rapidity, Martin Rogers writes.
1 hour ago

Playing Favorites In Week 8
A big-time NFC West clash leads Week 8, and Jason McIntyre's riding with the Seahawks in his parlays and teasers.
5 hours ago

MVP Watch: Brady Enters Fray
Russell Wilson has a firm lead in the MVP race, but a three-time winner with an unrivaled pedigree is creeping up the list.
7 hours ago