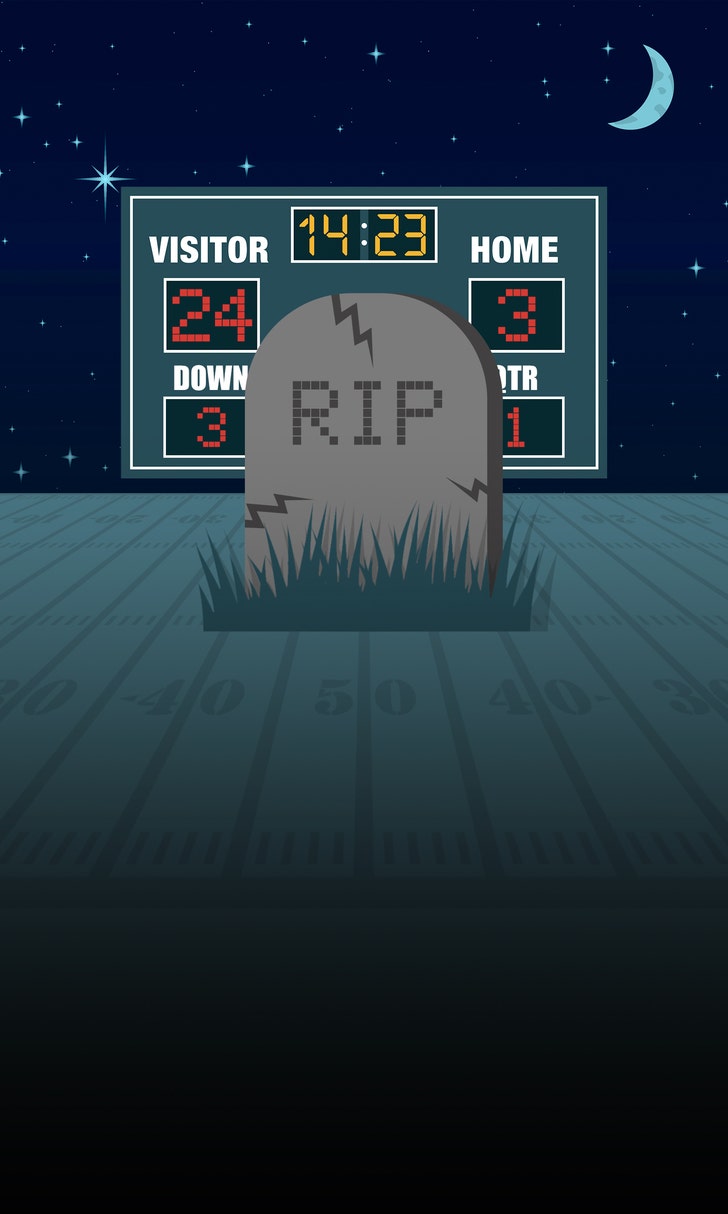 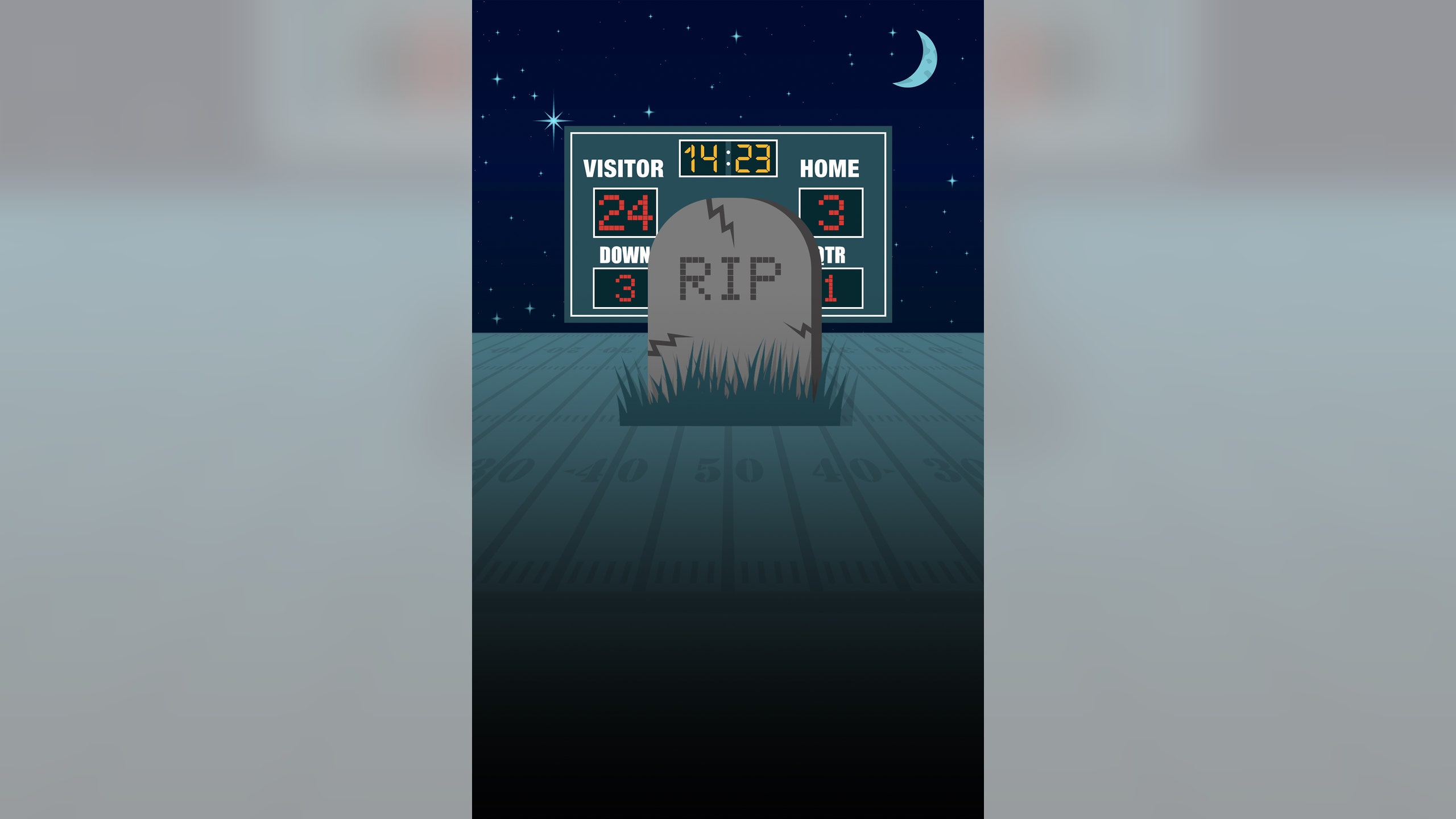 The Death Of Home-Field Advantage

[Ed. note: Sam Panayotovich is a sports betting analyst and reporter for NESN who has joined FOX Sports as a regular contributor for sports wagering content.]

Home-field advantage is a moving target in the National Football League.

For decades, bookmakers believed NFL home-field advantage was worth roughly three points – between 2.6 and 2.8, to be more precise. That means two teams that are considered equal on a neutral field would be 2.5- or three-point favorites at their respective home stadiums.

Within the last 10 years, though, the importance of home field has slowly declined, much to the happiness of analytical experts and fans who are ahead of the curve.

Ed Feng is a data scientist with a Ph.D. in applied math from Stanford. He’s also a mathematical sports modeler and handicapper who crunches advanced analytics to set his own lines.

Before the 2020 NFL season, Feng estimated home field is currently only worth 1.7 points, down from that 2.6 to 2.8 range. And while one point may not sound like a lot, I can assure you that the difference between -2.5 and -3.5 is everything.

The most key betting numbers in the NFL are three and seven. Think of common final scores: 24-21, 31-24, 34-27, 27-24, etc. Games decided by a field goal or a touchdown are the most frequent "landing numbers" for the final margin of victory.

Earlier this year, for example, the Kansas City Chiefs were 3.5-point road favorites at the Tampa Bay Buccaneers. Patrick Mahomes lit up the Bucs defense early as the reigning champs jumped ahead 27-10.

Then, the Chiefs got conservative, allowing the Bucs to rally back before KC held on for a 27-24 victory. A spread bet on Kansas City at -3.5 went from a winner to a loser just like that, all because of one point.

If you also picked up what Feng was putting down heading into this COVID-riddled NFL season, you probably saved yourself some decent money. In fact, home teams are 108-116 against the spread – meaning if you bet $100 on every home team to cover, you would be down $1,960.

That’s the cost of a seven-night cruise to the Caribbean down the drain. Yet even more stunning? Home teams have lost more games than they've won so far in 2020 and are outscoring road teams by less than 0.2 points per game (24.85 to 24.67) this season. 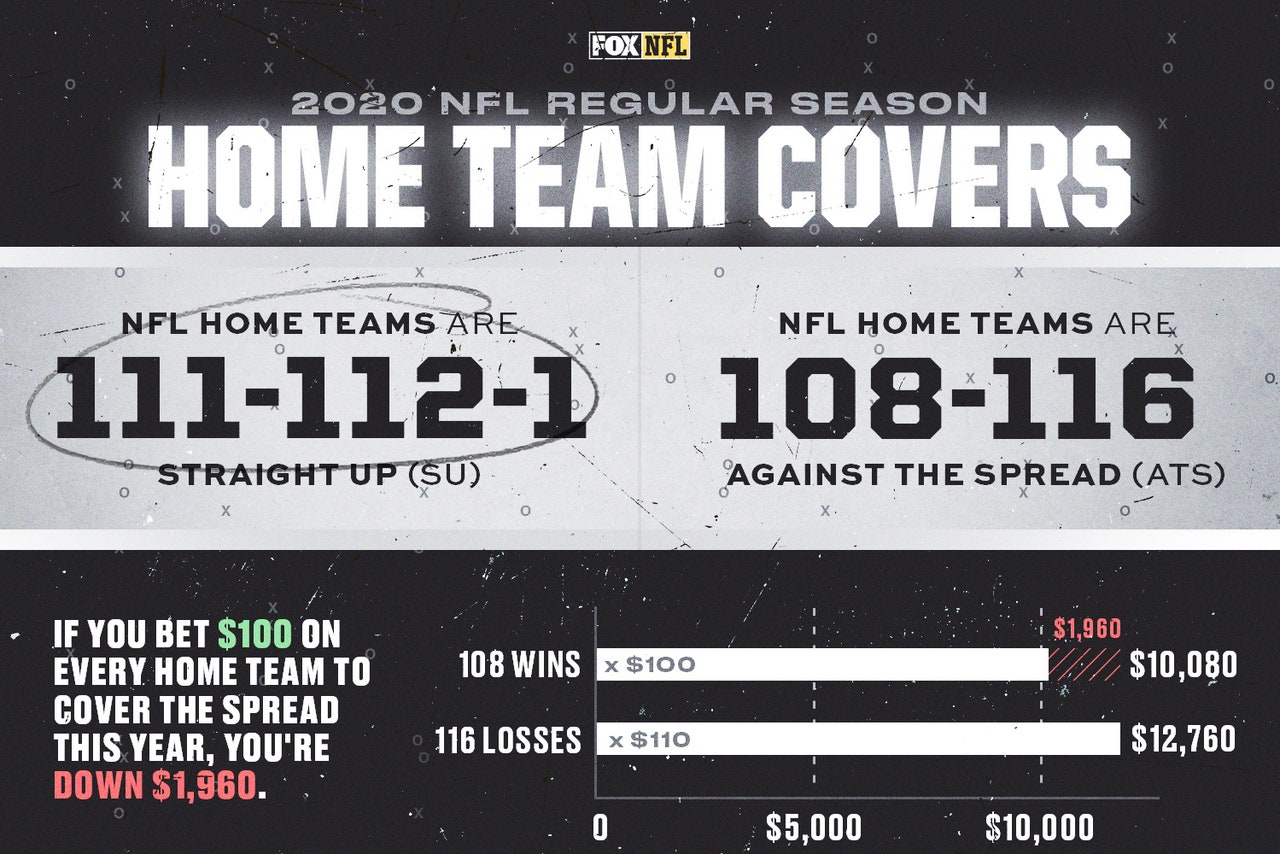 So, what has happened?

"The team power rating pretty much supersedes the home field at this point," Westgate SuperBook vice president of risk management Ed Salmons told me. (A team power rating is simply the difference between two teams on a neutral field under optimal weather conditions.)

"It’s almost like these games are priced without home field. It’s more about the team numbers than the home field. And the fans in the stands stuff gets a little overrated anyway."

If it's not about the fans, what about the officials? Any casual observer to the NFL will gladly tell you the referees have more say in games than ever before – but they’re also under the microscope because of all the eyeballs and camera lenses on the product. And that has helped reduce the blatant bad calls in the home team's favor.

"Everything gets reviewed these days," Salmons opined. "The ball goes off this guy’s hand and that guy’s helmet, and we take a look at it. The rules and the replays have changed everything. It feels like every scoring play is reviewed. It’s a combination of the refereeing, the replay and all the rules that have lessened home field. So much of it just goes back to the team’s power rating."

Many respected bettors I know couldn't give a damn about which team is playing at home. They’re way more concerned about team health and injuries. They would rather be up to speed on secondary depth, a running back’s ailing hand injury or a center’s availability than the location of the game.

"It’s the little injuries that you don’t pay attention to that can change a line more than you think," Salmons said. "When a team is down an offensive tackle or two, that’ll move the line. But you don’t hear about those things in the mainstream media."

Speaking of linemen, I asked FOX football analyst and former NFL offensive lineman Geoff Schwartz why he thinks home-field advantage has been dying a slow death in the NFL.

"Teams prepare better for the noise," he explained. "They have music and crowd noise at practice to really simulate the full experience. And the travel is now geared around optimal performance for a road game."

In the regular season, I’m in agreement that home field is truly becoming less and less important. I would still make exceptions at places such as Lambeau Field in the postseason, however. Home playoff games in freezing weather with whipping winds and potential snow have to be worth a little extra something.

After all, there’s nothing quite like a 10-degree January day in Green Bay.

Salmons and his risk team know full well they would have to make the Packers near a field-goal favorite in a potential NFC Championship game in the Land of Cheese.

"New Orleans plays to a little bit of a higher power rating, but your starting point would be Green Bay -3," he analyzed. "And then it would move based on what you’re seeing with team injuries and all that. It could be -2.5 or even -3.5 if one team is more banged up than the other."

And while it might be impossible to exactly quantify how much fans are truly worth in this unprecedented time, elite quarterbacks have to be loving the road atmosphere this year. I imagine Mahomes and Aaron Rodgers licking their chops at the opportunity to call the shots in quiet stadiums around the league.

"Everything has been easier for those two," Schwartz said with a laugh. "If you have a mastery of the offense, it’s way easier to adjust without the noise. You can change the snap count, change plays and make quick decisions with a clearer mind if you know the offense inside-out."

Maybe it’s not a coincidence the Chiefs and Packers are the No. 1 seeds in their respective conferences heading into Week 16. It’s definitely strange with no fans in the stands, but we could be on a collision course for Kansas City and Green Bay in the Super Bowl – with or without home-field advantage.

Can Buffalo Shock The World?
The Bills are coming in hot, but can their defense find a way to stop Patrick Mahomes and Travis Kelce in Kansas City?
8 hours ago

The Most Significant QB Duel Of All Time?
Tom Brady & the Bucs take on Aaron Rodgers & the Packers in what could be the greatest NFL playoff QB duel we’ve ever seen.
8 hours ago

Colin's Blazin’ 5: Championship Sunday
Colin Cowherd is back with his favorite picks against the spread ahead of the NFL's championship weekend.
8 hours ago

Will The Mahomes News Move Lines?
Patrick Mahomes is set to play Sunday. Will the odds change? And how much are elite QBs worth to the spread? Sammy P explains.
12 hours ago

Confidence Picks For Championship Weekend
Both the AFC and NFC title games are rematches, so Geoff Schwartz examines what we can learn from those first meetings.
12 hours ago
those were the latest stories
Want to see more?
View All Stories
Fox Sports™ and © 2021 Fox Media LLC and Fox Sports Interactive Media, LLC. All rights reserved. Use of this website (including any and all parts and components) constitutes your acceptance of these Terms of Use and Updated Privacy Policy. Advertising Choices. Do Not Sell my Personal Info