While Jacksonville Jaguars owner Shad Khan offered a vote of confidence for head coach Gus Bradley, that protection apparently did not extend to the team's coordinators. On Saturday, the Jaguars fired offensive coordinator Greg Olson.

Jacksonville hired Olson in Jan. 2015. He previously served the same role for the Oakland Raiders but was let go when the team hired head coach Jack Del Rio after the 2015 season. Olson was Bradley's second offensive coordinator in the coach's three-plus seasons with the Jaguars.

The Jaguars suffered an embarrassing 36-22 loss to the Tennessee Titans on Thursday night, during which Jacksonville fell behind 27-0 at halftime. The Jaguars offense ranks 24th and 25th in points scored and total offense, respectively, this season, and QB Blake Bortles has continued to struggle in his third season.

Although the offense has been mostly atrocious, the defense hasn't helped Jacksonville's cause. The Jaguars rank 26th in points allowed. They are 11th in total defense, but that's a product of opposing offenses working with short field thanks to Jacksonville's offensive ineptitude. The Jaguars are 29th in opponent starting field position.

On Friday, coach Bradley was asked if the Jags' slow start would prompt him to make any changes to his coaching staff. His response (which, again, came just 24 hours before Olson's firing): "No."

He must have slept on it.

The #Jaguars have promoted Quarterbacks Coach Nathaniel Hackett to Offensive Coordinator and relieved Greg Olson of his duties. 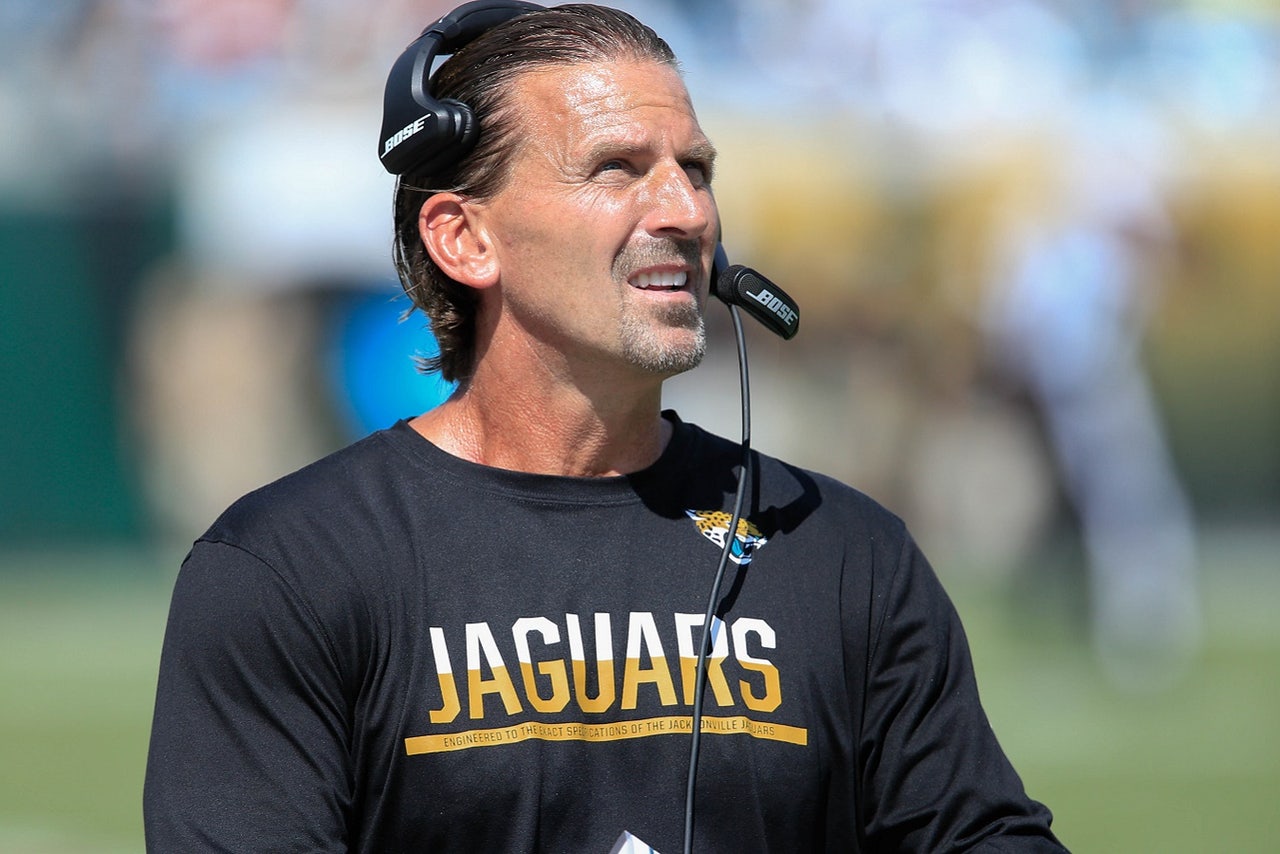 Ice Cube Joins the Club
This week, 'Club Shay Shay' welcomed in the legendary Ice Cube to discuss his rise to stardom and social activism.
2 mins ago

A Perfect Storm
A backup quarterback. Costly turnovers. Defensive capitulation. Anything that could go wrong for the Cowboys on Monday, did.
45 mins ago

Cowboys Drop The Ball Against Cardinals
A nightmare season for Dallas continued on Monday Night Football, as Arizona capitalized on multiple miscues for the win.
14 hours ago
those were the latest stories
Want to see more?
View All Stories
Fox Sports™ and © 2020 Fox Media LLC and Fox Sports Interactive Media, LLC. All rights reserved. Use of this website (including any and all parts and components) constitutes your acceptance of these Terms of Use and Updated Privacy Policy. Advertising Choices. Do Not Sell my Personal Info