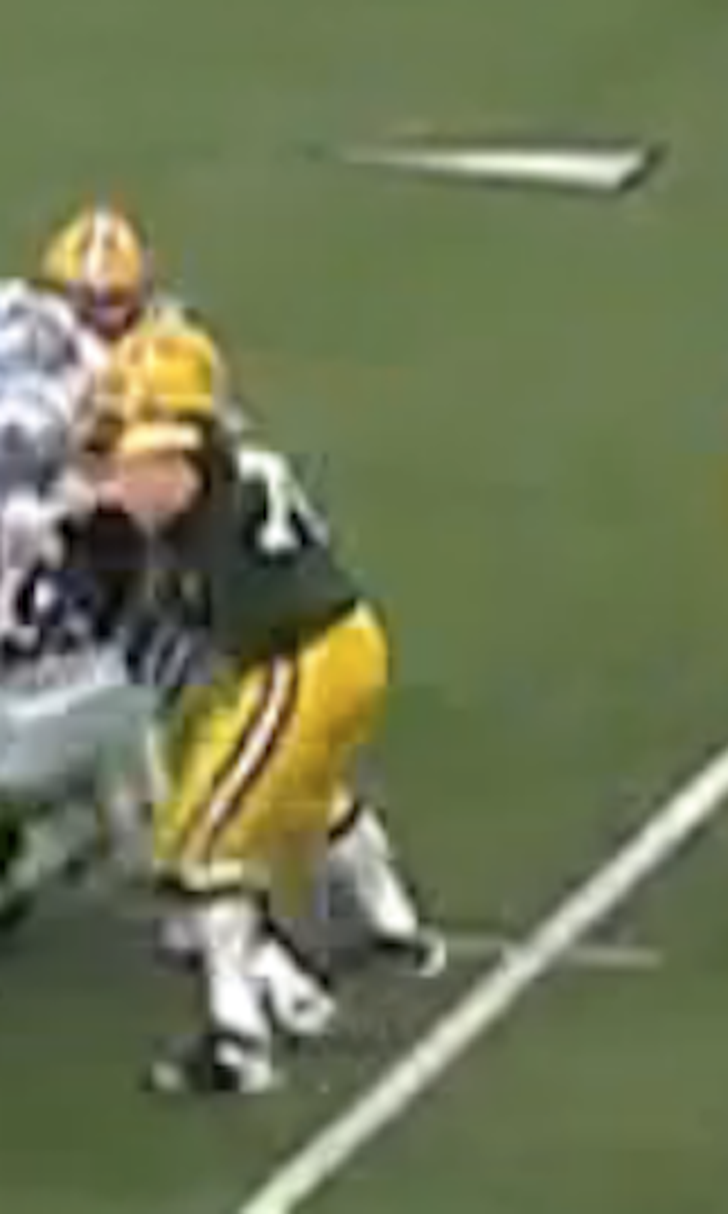 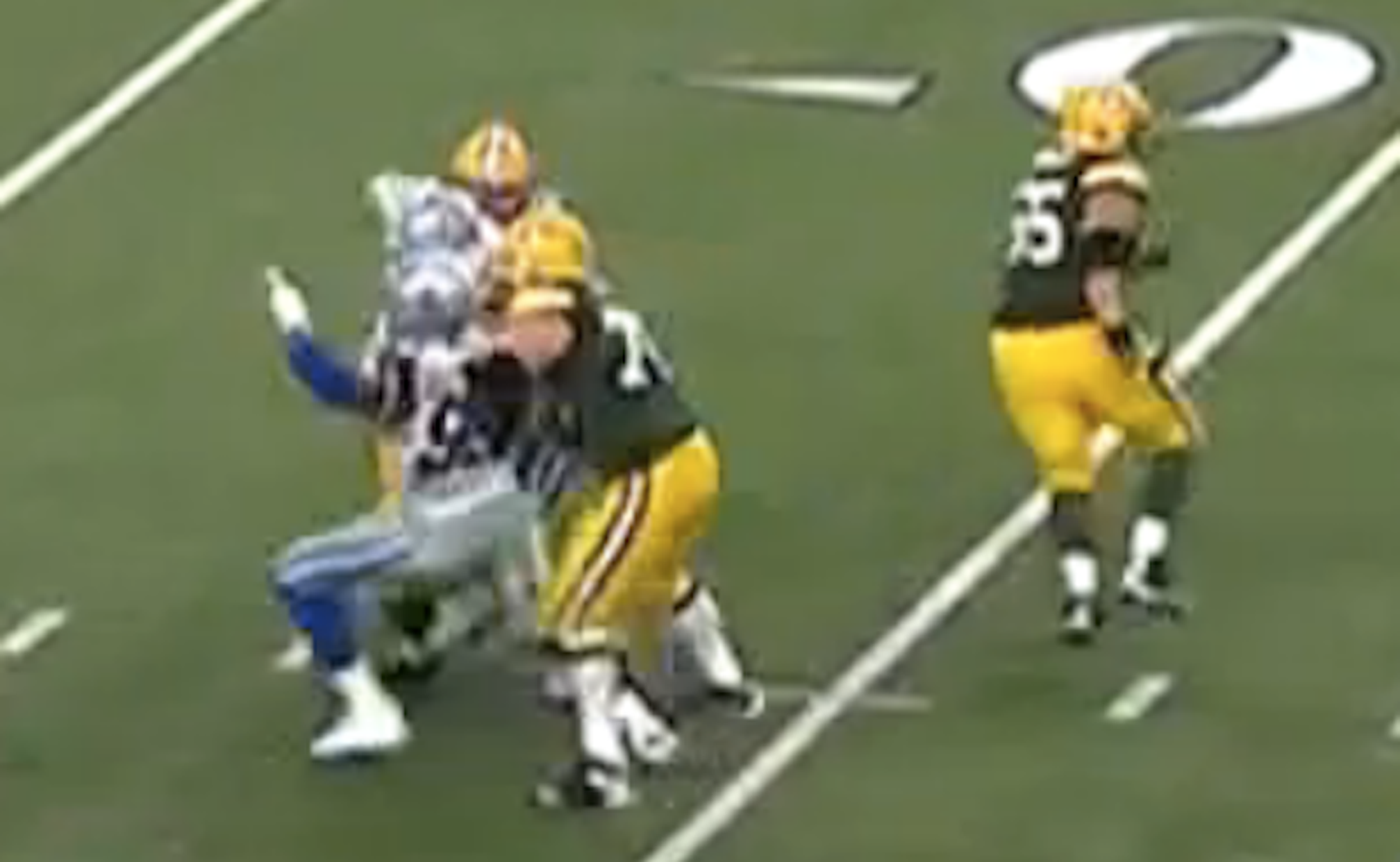 Did refs miss the Cowboys getting held on that miracle Aaron Rodgers pass? 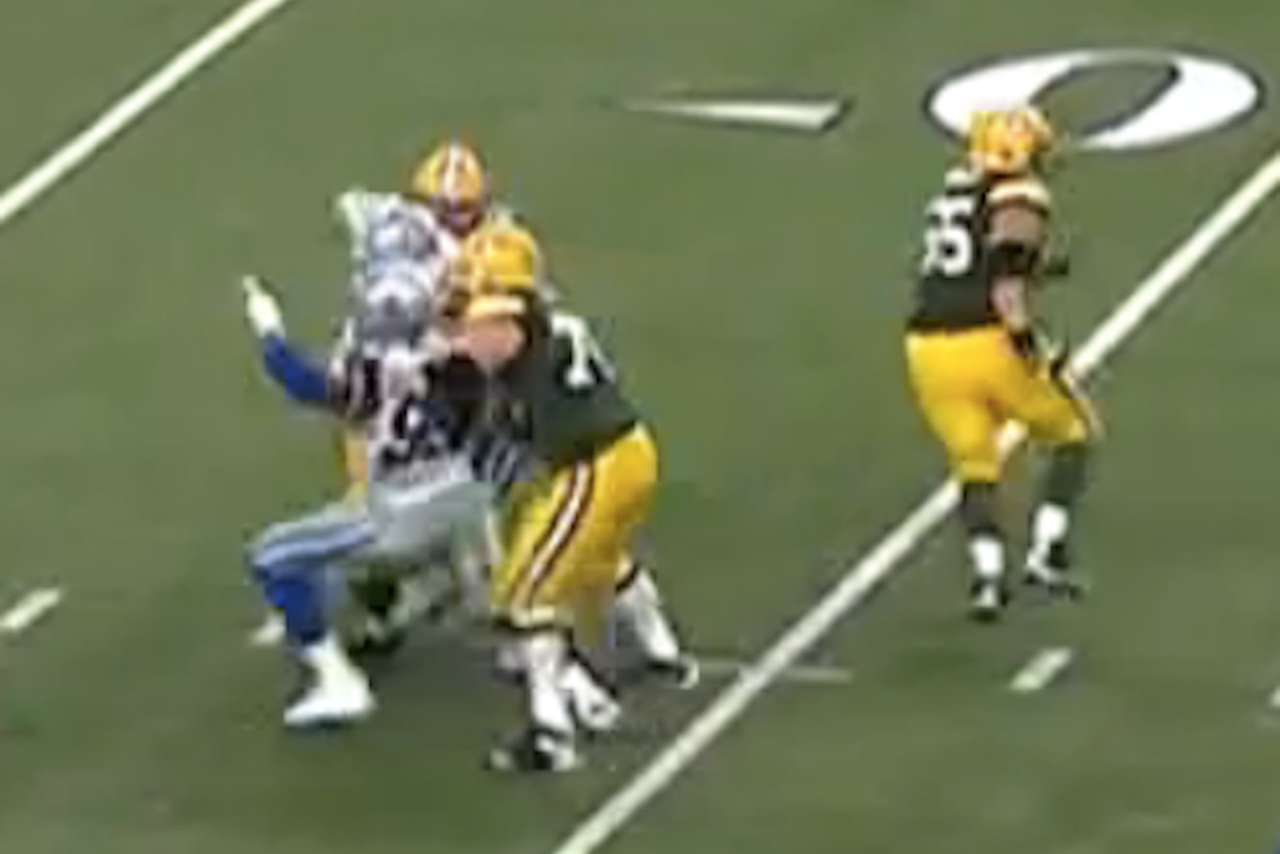 The chatter in a defeated NFL city after a close playoff loss is pretty much the same: It's the refs' fault.

Oh there's talk about dropped passes, turnovers, blown opportunities, play calling and the slings and arrows of outrageous misfortune. But the refs, man. It always comes back to the refs. And sure enough, just about the time Mason Crosby's 51-yard field goal faded back through the uprights to give the Green Bay Packers an amazing win in a divisional playoff thriller, certain segments of Dallas Cowboys fans had their fingers pointed and ready to go. And while there was some general complaining, most of it came down to one play, a play that happened to be the biggest of the season for the Dallas Cowboys.


On the 36-yard pass from Aaron Rodgers to a tiptoeing Jared Cook, the one that gave Green Bay a last-second chance to win a game that had been certain to go to overtime, one could make the argument that the Packers' T.J. Lang should have been called for holding David Irving, who looked like he was about to break through the line and put some pressure on Rodgers as he freely rolled left without any defensive pursuit. 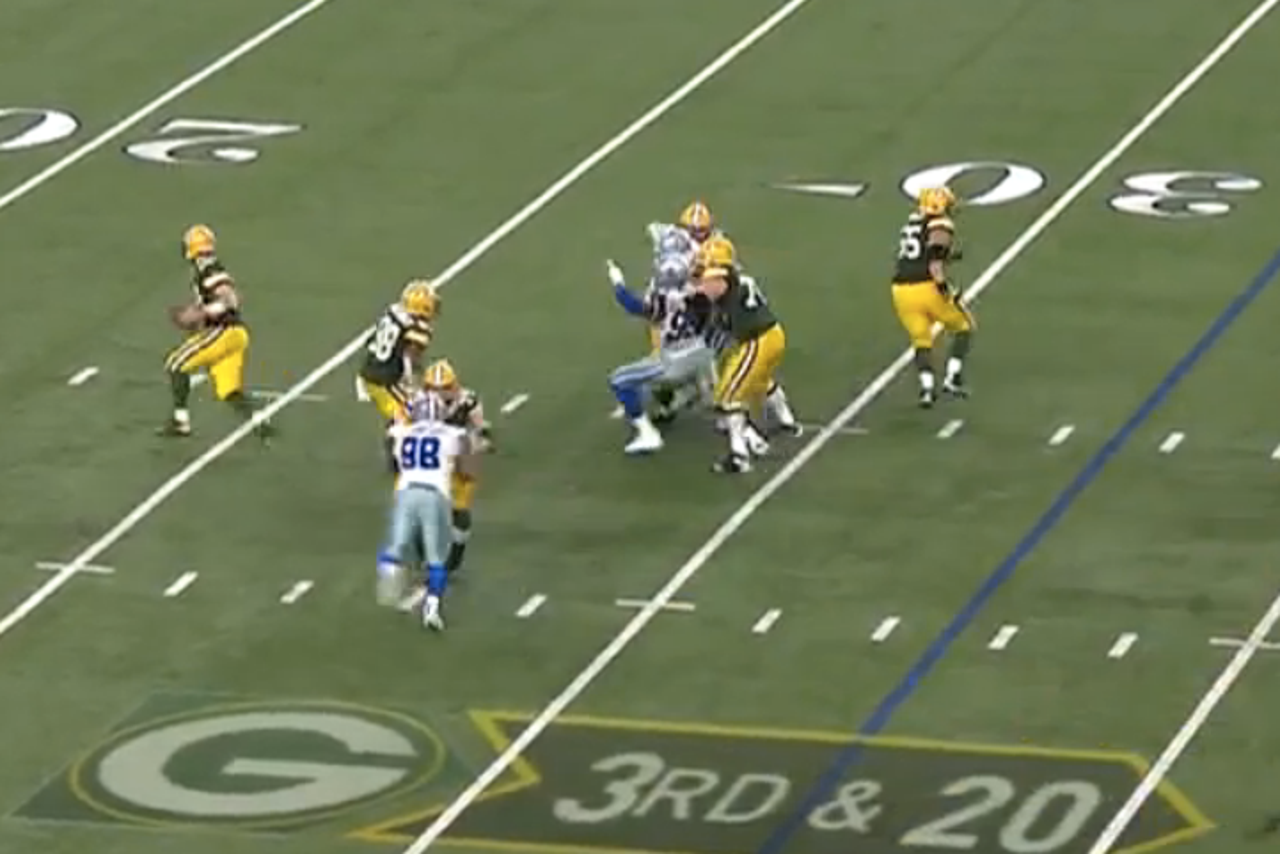 When you slow it down and go frame-by-frame then, yeah, I guess you could realistically pitch the idea that Green Bay got away with one on a play that led to another Dallas playoff disappointment. Lang's hands are on the pads and Irving's arms are up like he's being restrained. Holding! Slow motion can be deceiving, though.

In real time, Irving is one of three Cowboys pass rushers going against six Packers linemen. Because of the numeric mismatch, he's engaged by center Corey Linsley, not Lang -- who comes over later. The clean block by Linsley plus the admittedly handsy push by Lang knock Irving over, disrupting his rush.

Two things: 1) There was still another blocker to get through if Irving had somehow broken the double-team. Rodgers was going to be open to throw the pass no matter what. 2) Irving didn't protest immediately as many players do after they feel they've been held. Putting it all together, this didn't look like a hold. Maybe you disagree. Either way, no hold like that would ever have been flagged on that play. Regardless of whether or not you think it's right that the first minute of games are officiated differently than the last minute of games, they are. And unless Lang did a Vontaze Burfict on Irving or horse collared him as the defender chased down Rodgers, there was never going to be a call. Holding happens on most plays and doesn't get whistled lest the game be bogged down by flags. Do you actually think it was going to earn a call on the last offensive play of the game? 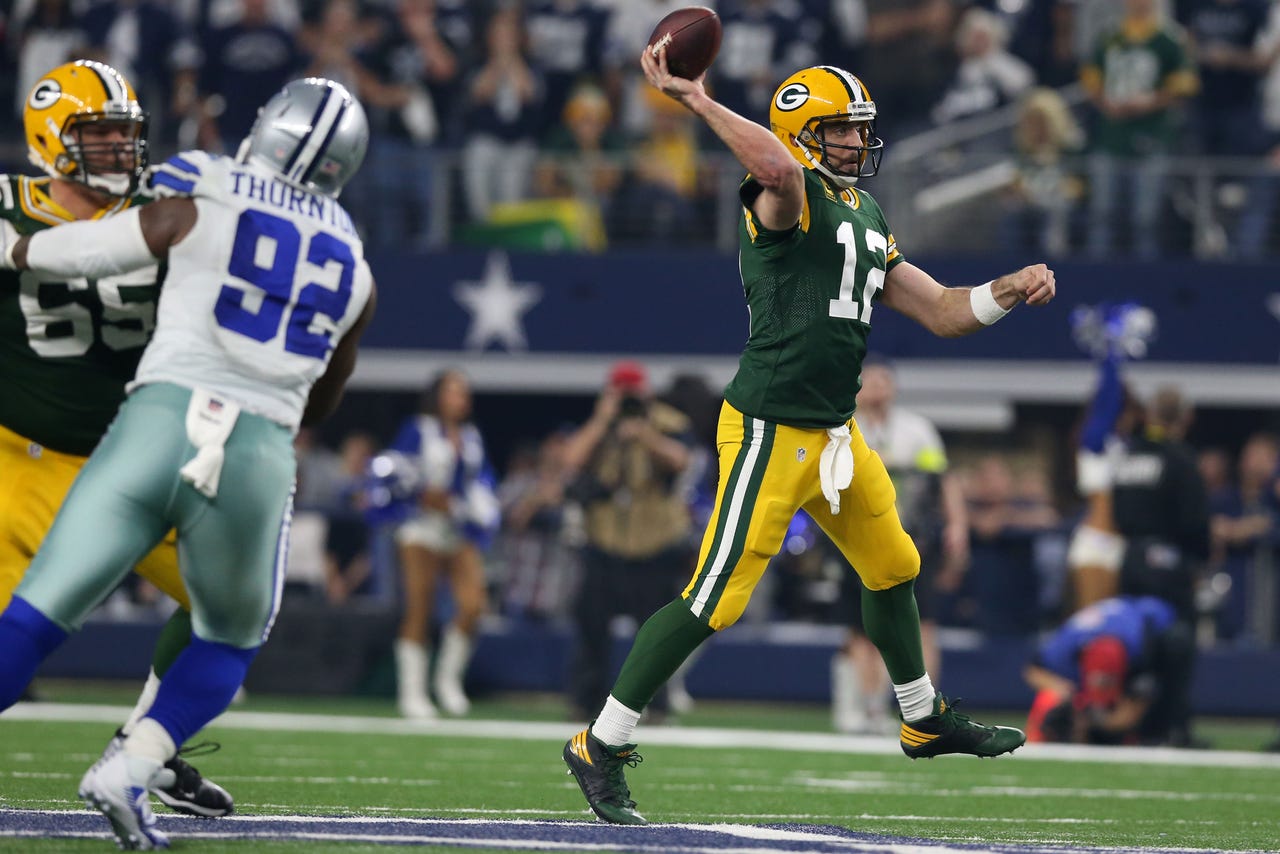 The ideas of sports conspiracies are always ridiculous -- always (yes, that means you 1985 NBA draft lottery). They're especially ridiculous when officials are supposedly doing the bidding of a league, as it implies a sort of massive, Watergate-style coverup complete with parking-garage conversation between Hal Holbrook and Ed Hochuli's biceps. But it's most hilarious when the team allegedly getting the shaft is the Dallas Cowboys, the team that, if such conspiracies did exist, would definitely benefit the most. They're America's Team. Love 'em or hate 'em, you watch 'em. The NFL couldn't have been more pleased with the Cowboys' 13-3 season, and all the prime-time games and the home playoff game and the massive attention that surrounded their every move. Suggesting that the Cowboys don't get the calls is even more absurd than when Mike Krzyzewski whines about the officiating after a Duke loss.

It's cathartic to blame the refs for a tough loss, and in very rare cases they deserve the scorn and scrutiny. Not this time. And if you're a Cowboys fan who disagrees, look at the picture below and note that no penalty was called on this play. (You could find a half-dozen similar missed calls on both sides of the ball.) Maybe this will sway you. But probably not. 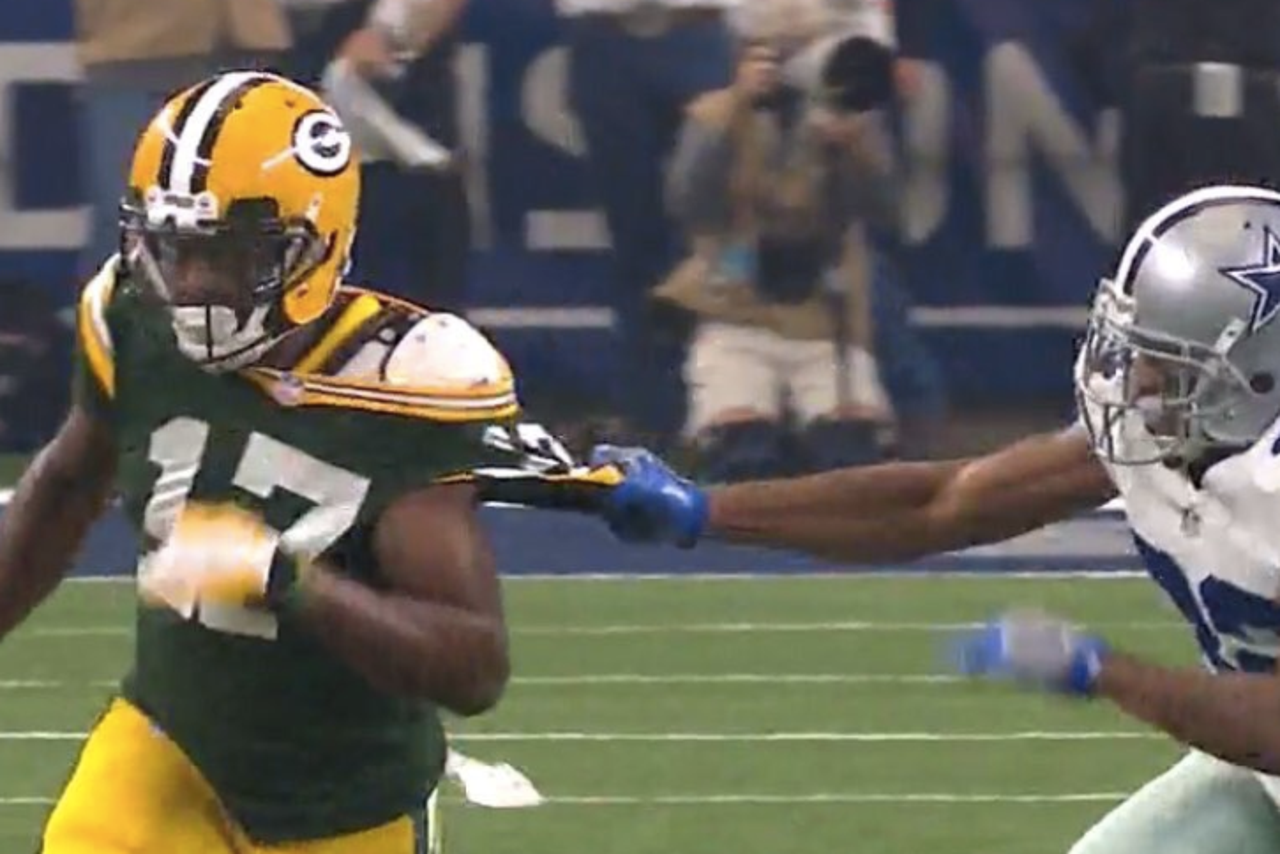 Browns Put Feet on the Ground
In Thursday's 'Battle of Ohio,' the team from Cleveland ran, and ran, and kept running all over its rival from Cincinnati.
7 hours ago

Joe Buck Joins Father in HOF
On Thursday night, the Buck family learned that it will soon have two members in the Pro Football Hall of Fame.
9 hours ago

Brown Out
A must-win game in Week 2? It seems early, but a loss to the Bengals would spell disaster in Cleveland, Martin Rogers writes.
15 hours ago

Marshall's Keys: Browns vs. Bengals
Brandon Marshall of 'First Things First' breaks down what it will take for the Browns to avoid an 0-2 start on Thursday.
18 hours ago

Rookie Report
Joe Burrow wasn't the only NFL newbie who impressed in his debut. See how some of the game's top rookies fared in Week 1.
1 day ago
those were the latest stories
Want to see more?
View All Stories
Fox Sports™ and © 2020 Fox Media LLC and Fox Sports Interactive Media, LLC. All rights reserved. Use of this website (including any and all parts and components) constitutes your acceptance of these Terms of Use and Updated Privacy Policy. Advertising Choices. Do Not Sell my Personal Info