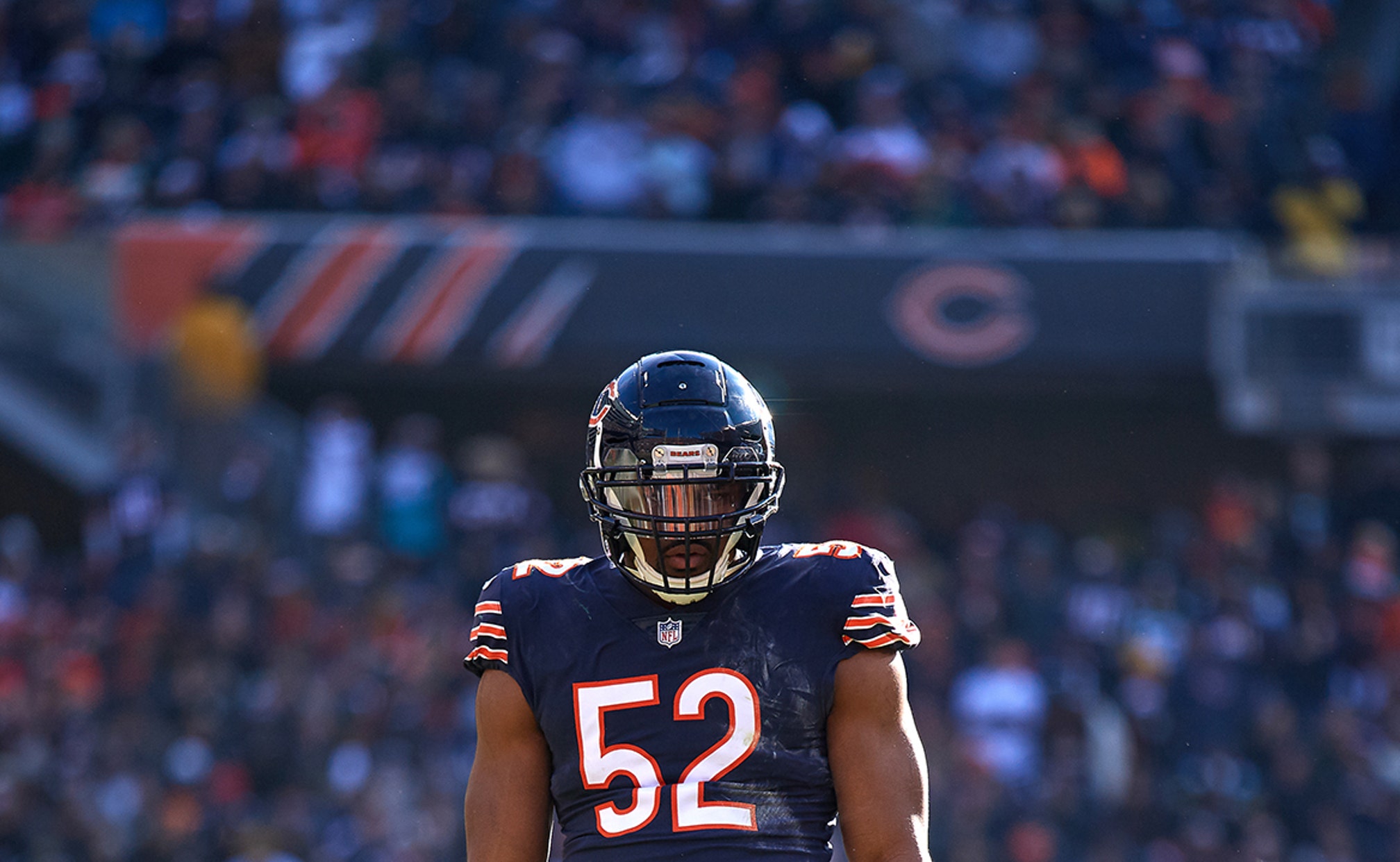 Several NFL franchises have boasted stellar defensive units over the past decade, but four stand out above the rest: the 2013 Seattle Seahawks, the 2015 Denver Broncos, the 2017 Jacksonville Jaguars and the 2018 Chicago Bears.

Now, FOX Sports NFL Twitter wants fans to decide which was the best.

It won't be a debate that is easily settled, but we can at least let some of the numbers do the talking:

The Broncos won their third Super Bowl in franchise history in 2015, and it wasn't behind Hall of Fame quarterback Peyton Manning, who had by far the worst season of his career statistically.

Manning played in 9 regular season games, throwing for a career-low 224.9 yards per game. He also posted a career-low in QB rating (67.9), his 59.8% completion rate was the second-lowest of his career, and he threw 17 INTs compared to 9 TDs.

The Broncos, led by Miller, had the No. 1 defense in all of football, allowing a paltry 283.1 yards per game. They were the only team in the NFL that allowed less than 200 passing yards per game (199.6) and their 52 sacks led the league.

Consider this when valuing the Broncos' defense: Denver's turnover differential in 2015 was -4, meaning it turned the ball over four more times than it took the ball away.

The Super Bowl winners over the past four seasons have all had positive turnover differentials – Kansas City (+8), New England (+10), Philadelphia (+11) and New England (+12).

In Super Bowl 50, Manning completed 13 passes for 141 yards and an interception. He also fumbled twice.

But it didn't matter.

The Broncos defense held Cam Newton and the Carolina Panthers to 10 points, intercepting Newton once and forcing four fumbles on the day en route to a 24-10 win.

Miller accounted for 2.5 sacks and 2 forced fumbles, and was named Super Bowl MVP. Four members of the defense were named to the Pro Bowl, and Miller and cornerback Chris Harris Jr. were named First Team All-Pro.

The 2013 season represented the prime of the "Legion of Boom."

They also held opponents under 10 points in 7 times on the season.

The Seahawks rode the Legion of Boom to Super Bowl XLVIII, where they matched up with Manning and the Broncos, except it didn't turn out to be much of a fair matchup at all.

En route to a 43-8 drubbing of Denver, Seattle picked Manning off twice – one was a 69-yard pick-6 by Malcolm Smith – and forced four fumbles, two of which they recovered.

Chancellor, Thomas and Sherman were each named to the Pro Bowl and First Team All-Pro.

The 2018 Chicago Bears are one of two teams on the list that didn't win a Super Bowl, but that doesn't mean their defense was any less remarkable.

It finished the season atop the league in points allowed per game (17.7), takeaways (36), interceptions (27), rushing touchdowns allowed (5) and rush defense (80 yards per game).

The Bears finished the regular season 12-4 and went into the NFC playoffs as the No. 3 seed. They held the defending champion Philadelphia Eagles to 16 points in the Wild Card Round at Soldier Field in Chicago, but the Bears' offense only put up 15 points.

The final defense in the debate belongs to the 2017 Jacksonville Jaguars.

The Jags fell just short of a Super Bowl berth, falling in the AFC Championship to Tom Brady and the New England Patriots, 24-20.

However, the Jags defense did its part, holding the Patriots to 10 points through the first three quarters, similar to several of the defensive efforts it put up throughout the regular season.

So, NFL fans – who gets your vote as the best defense in the past decade?