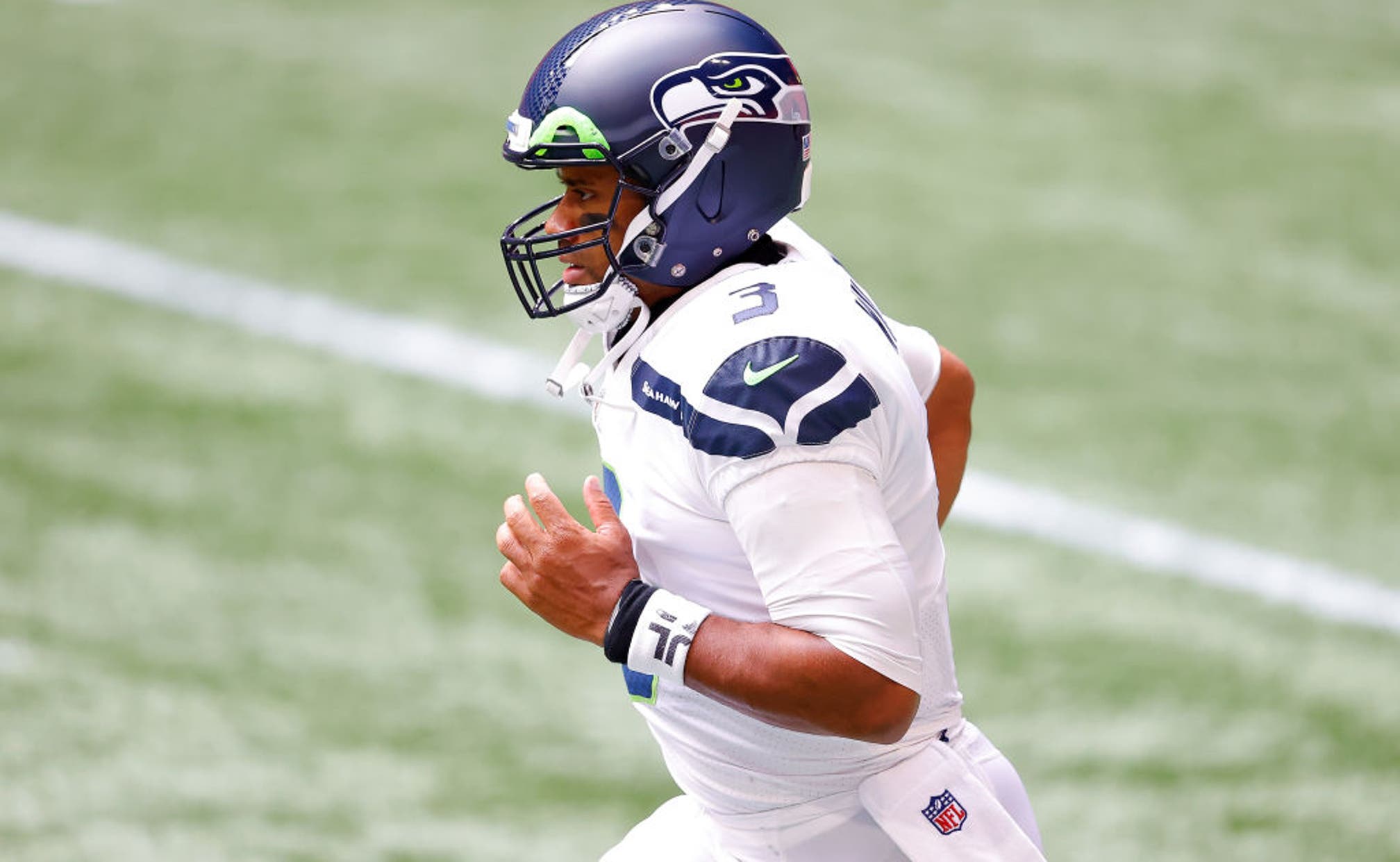 For Russell Wilson and the Seattle Seahawks, "Let Russ Cook" has been a popular refrain early in this 2020 NFL season.

And this week, one rival coach, Bill Belichick, is offering his compliments to the chef. 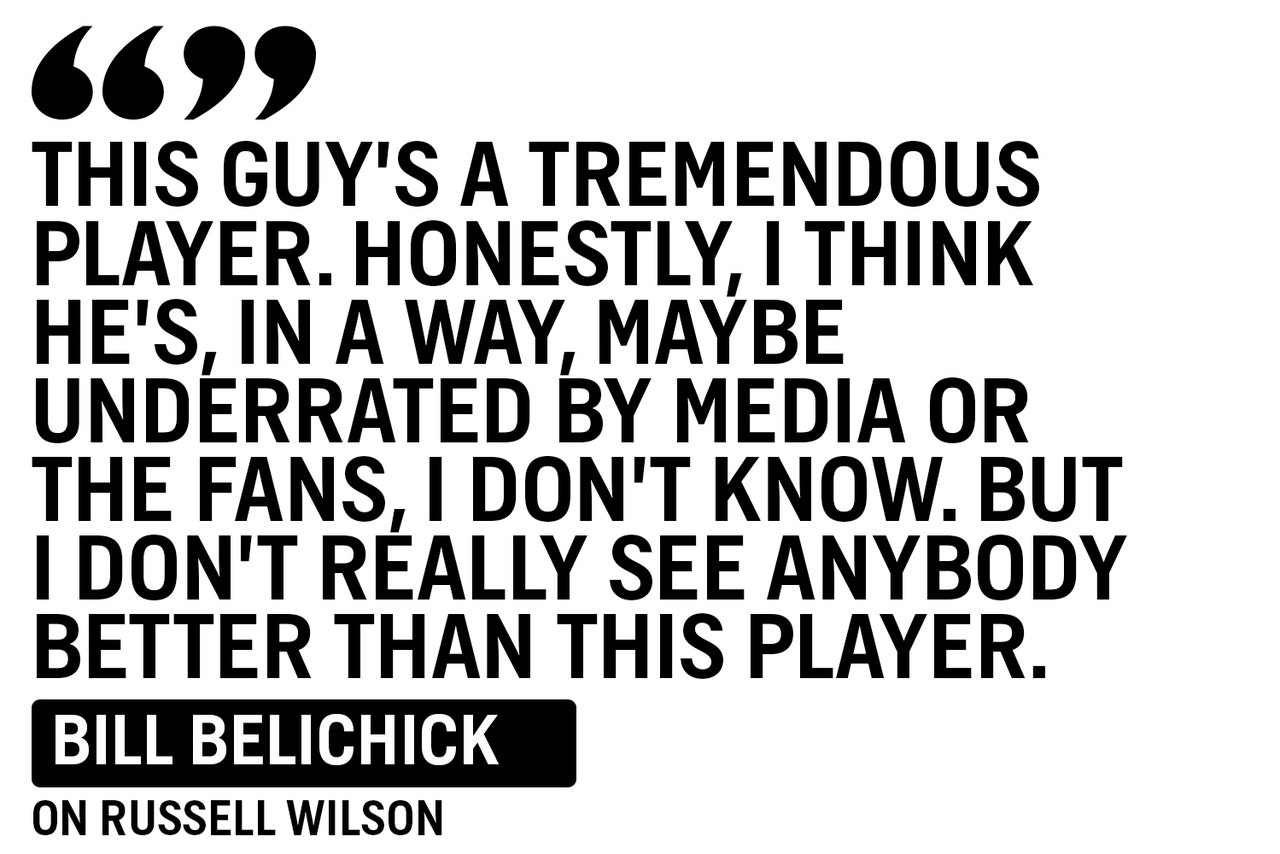 Ahead of Sunday night's visit to Seattle, Belichick gushed about Wilson in his Patriots press conference Thursday.

Belichick would know, too.

Wilson's gotten the better of Belichick's Patriots twice in three meetings, with the Seahawks QB going a combined 53-for-85 for 888 passing yards, 8 touchdowns and just a single interception.

Of course, that one interception came at a critical moment in Super Bowl XLIX.

That iconic play prevented Wilson from having an unblemished record against the Patriots, so it stands to reason that Belichick would be so effusive.

"He can do everything. He's got, obviously, great leadership, playmaking skills. He plays very well in the most critical situations in the game ⁠— his decision making, running, passing. His passing numbers are extraordinary. You can put them up against anybody since he's been in the league. Literally, anybody, in any category, really."

Belichick isn't the only coach who Wilson's gotten the best of either.

With 7 Pro Bowl selections, a 2013 Super Bowl ring, a career 64.7% completion percentage and a 231-to-68 touchdown-to-interception ratio, Mr. Unlimited's career numbers back up the praise.

NFL on FOX analyst Mark Schlereth, who was on the call for Seattle's 38-25 Week 1 win against the Falcons, fully agreed with the Wilson love:

"You won’t get a single argument from me. Russell Wilson is as good as it gets, and the thing that I love about him is he’ll throw 35 times if that’s what you ask him to do, but he’s fine handing it off the majority of the game and not compiling stats.

"There is only one stat that matters to Russell Wilson. That’s wins."

Among active quarterbacks, Wilson's second only to Tom Brady (77.1%) in career winning percentage at 67.8%.

Perhaps it's the team-first mentality that Wilson possesses that, remarkably, contributes to him not having received a single regular season Most Valuable Player vote in his eight full seasons, despite never missing a start. 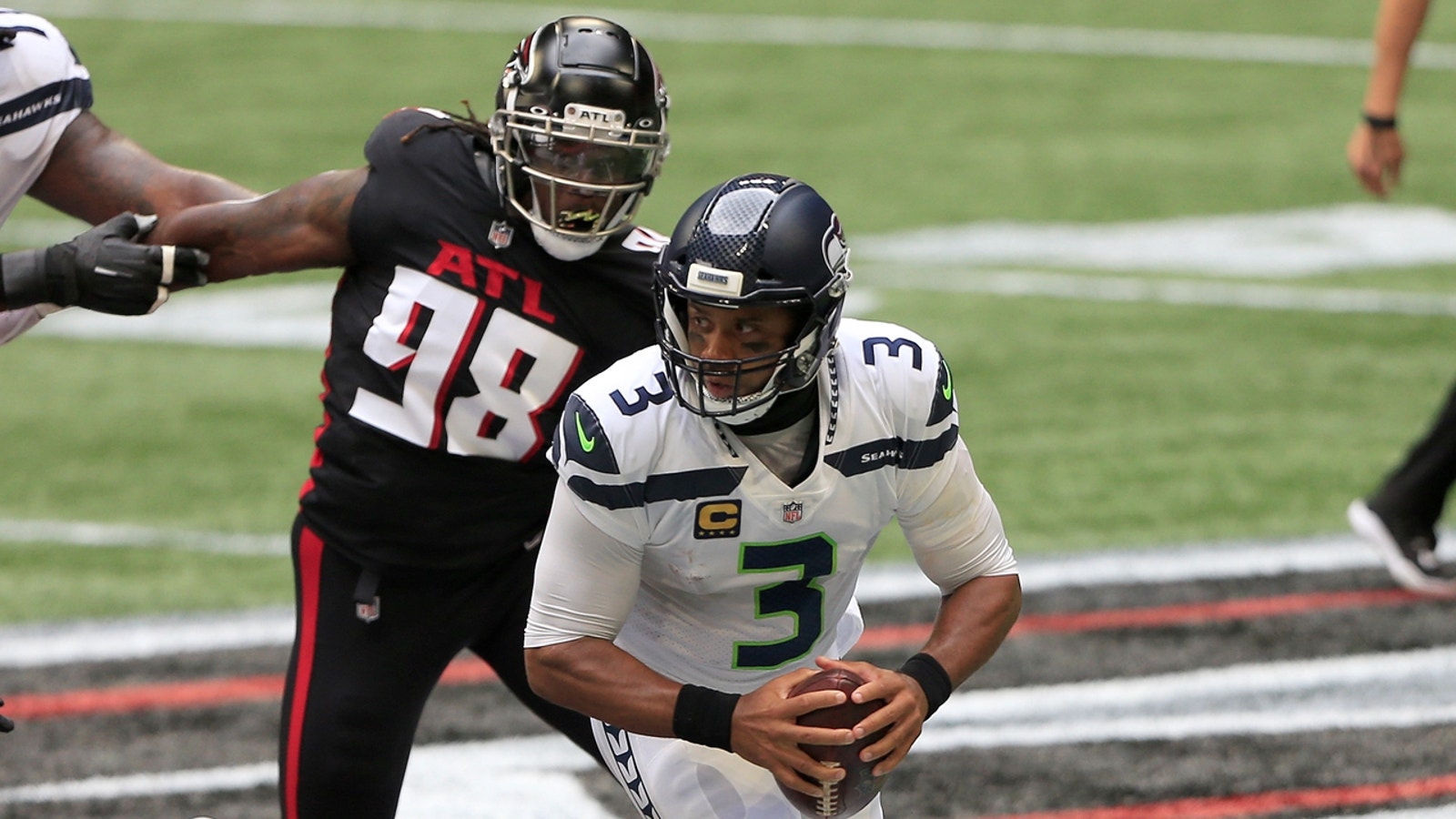 Will 2020 be his year? The 31-year-old will have to beat out a pair of young phenoms to snag the individual accolade.

We're only in Week 2, but Chef Wilson is already cooking up something special.