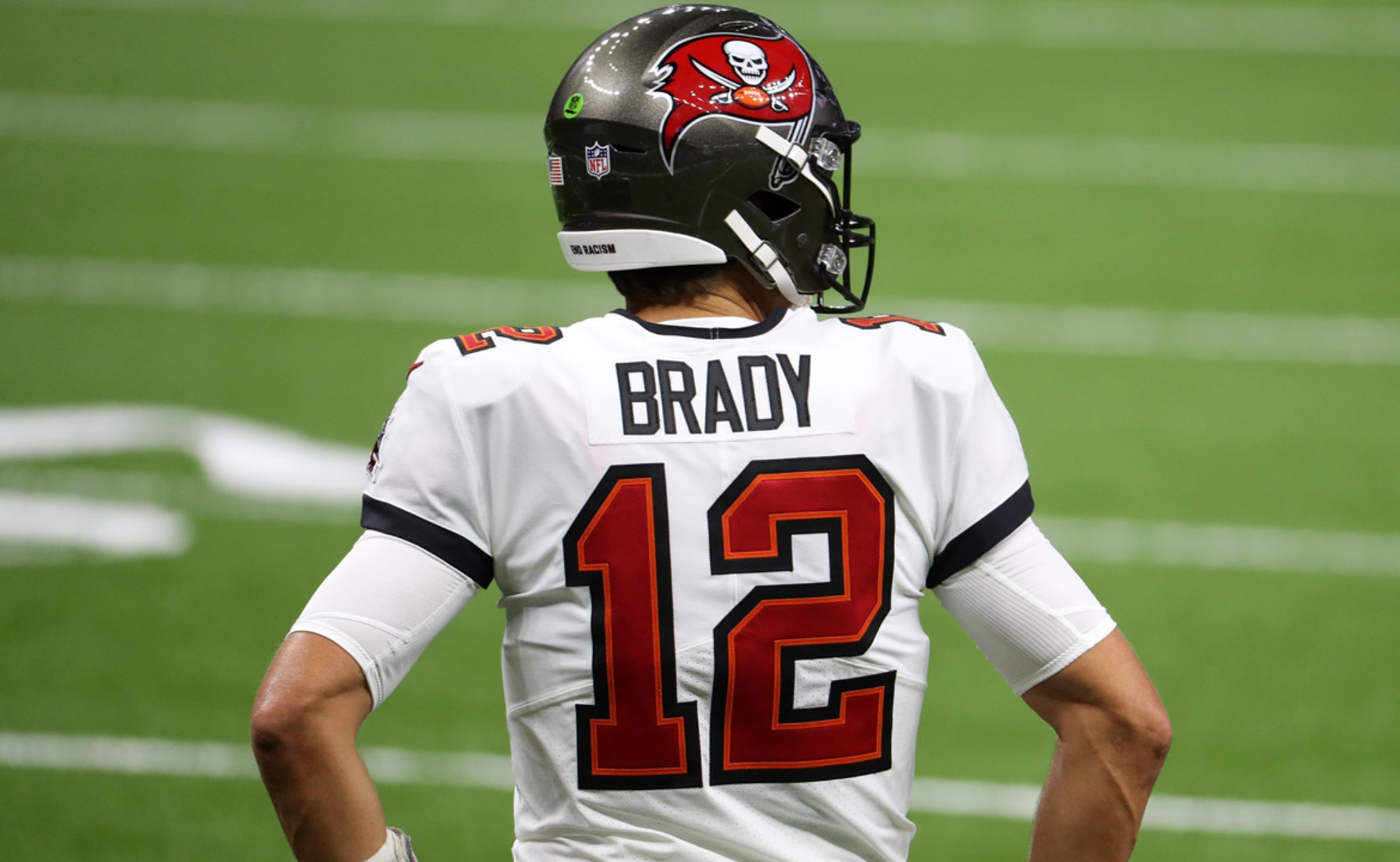 As cautiously optimistic as everyone was to gamble on the NFL in Week 1, given the wildest offseason in the sport’s history, the second week of the season has a flashing neon light: BEWARE OVERREACTIONS.

Take the Philadelphia Eagles. They were the favorite to win the NFC East just a week ago; on the look-ahead line for this week’s home game against the Rams, they were -3.5. They stormed out to a 17-0 lead against Washington ... then couldn’t protect Carson Wentz and lost 27-17.

Sunday night, the underdog Rams beat the Cowboys 20-17. So on Monday morning with Los Angeles and Philly set to square off in Week 2, Rams money came pouring in, and the actual line opened at Eagles -2.5. Monday evening, the line was a pick 'em, and Tuesday, the Rams were favored by 2.

A 5.5-point line move from the look-ahead line? That’s the perfect definition of an overreaction. And a few others dot the board in Week 2, a dangerous week in which I – gasp! – like a lot of favorites.

So on that note, and trying to build momentum after last week’s nearly perfect run in this space – save for a horrendous call on the Browns – I'm looking at a glaring pattern as we head into Week 2 (with all odds via FOX Bet).

Over the last six seasons, teams that lose by double-digits in Week 1 are 25-15-1 ATS (62.5%) in Week 2. The takeaway is that nobody wants to bet on teams that are blown out, so lines against them are a tad inflated to attract two-way money.

Here’s who this applies to this year:

And of those seven games, I think there's value on at least four.

Tampa Bay -8.5 vs Carolina. Narratives are at work in your favor here – "Tom Brady is washed!" He threw 2 interceptions including a pick-six, as the Bucs lost the most-watched game of Week 1.

The good news is, Brady is facing a Carolina secondary that was torched last week by Derek Carr of the Raiders. The Panthers started a fourth round rookie (Troy Pride Jr.) at cornerback, and due to an injury to No. 1 CB Donte Jackson, Carolina had to thrust Rasul Douglas – who they just signed last week – into a major role, playing 81 percent of the snaps.

Brady wasn’t that bad against the Saints, and he should feast against a bad secondary in a “still got it” performance. (He will be without receiver Chris Godwin, who was in concussion protocol most of the week.)

Meanwhile, the Bucs defense bottled up the Saints offense last week, holding them to just 4.1 yards per play, which ranked 30th in Week 1. Last year in two meetings vs Christian McCaffrey, they held the star to 68 yards on 38 carries, and just 42 yards on six receptions.

Philadelphia +1 vs. Los Angeles Rams. The aforementioned Eagles are my favorite play of the week. They did lead Washington 17-0, relying heavily upon two tight-end sets early. But Washington took advantage of a patchwork offensive line without Lane Johnson, and rang up eight sacks. Johnson has practiced this week and said he’ll play. So has Miles Sanders, their starting running back.

Somehow, the Eagles defense got no love despite holding Washington to a league-worst 3.4 yards per play. Washington’s three touchdown drives were 45 yards, 20 yards, and 48 yards. They averaged a measly 2.2 yards per carry, and Philly permitted just one pass play of over 20 yards.

The Rams certainly have a better offense than Washington, but the Eagles defense gets two starters back who missed the opener (Javon Hargrave, Derek Barnett).

Like Jets +7, much less at +6.5, vs. San Francisco. The hold-your-nose play of the week has to be the Jets, who looked like the most inept team in football in the first half of their opener. Their franchise QB, Sam Darnold, has come under scrutiny; coach Adam Gase might have the hottest seat in the NFL. And if not for two Josh Allen fumbles in the red zone, the Jets might have lost by 30.

That being said, they face a 49ers team riddled with injuries, especially on defense to all three cornerbacks (Richard Sherman went on the IR) and cluster injuries at receiver, which includes star tight end George Kittle, who didn’t have a reception in the 2nd half after tweaking an ankle.

But can the Jets take advantage? They too, have injury issues, as slot receiver Jamison Crowder has been ruled out, and 2nd round pick WR Denzel Mims isn’t healthy enough to make his debut. The Jets had a top five run defense last season, and bottled up the Bills run game besides QB scrambles by Alllen. Feels like an ugly, low-scoring game the Jets could possibly steal outright.

New York Giants +5.5 at Chicago. It’s difficult to look yourself in the mirror the morning after betting on the Giants, but I ask you this: Should Mitchell Trubisky be favored by 5.5 points against anyone?

We’re talking about a guy who barely won the starting QB job, then was nearly benched in the 3rd quarter against the Lions, but got lucky in the 4th quarter when the entire Detroit secondary was hurt. If D’Andre Swift doesn’t drop that sure TD catch with less than :10 left, what’s the line here?

The Giants did not look great against an elite Pittsburgh defense, but if Adrian Peterson can run for 93 yards on the Bears, can’t Saquon Barkley get untracked after his 15-carries-for-6-yards effort on MNF?

Daniel Jones was picked off by two defensive lineman last week, once at the goal line, and once deep in his own territory. If he can limit the mistakes, the Giants should be able to win outright.

Beyond the teams that got blown out last week, there are two more favorites that I like in Week 2 ...

Strong lean, Chiefs -8.5. Coaching Matters: With no preseason to work out the offseason kinks, we saw the best coaches in the league roll in week one. Andy Reid, John Harbaugh, Bill Belichick, Pete Carroll, and Sean Payton, widely considered the best coaches in the NFL, combined to go 5-0 ATS and outscore their opponents by 165-85.

The biggest coaching mismatch this week involves Reid going against Anthony Lynn. Reid is 10-4 ATS against the Chargers, and 5-1 head-to-head against Lynn, including two covers last year. If this is too big a number for you to stomach, teasers are your friend. You could combine the Chiefs with Ravens, Titans, or Steelers to go cross through the key numbers of 7 and 3.

Strong play on the Colts -3. There’s a saying in sports gambling – those who do this for a living play numbers, not teams. And a number that jumped out this week is Colts -3. Indianapolis lost to lowly Jacksonville, couldn’t stop Gardner Minshew (19-of-20, three TDs), and now they are favored against the Vikings, a team that went to the playoffs last year? This is a big sign that the market has downgraded the Vikings significantly.

Is it an overreaction? Depends who you ask. I fired off this tweet before the Packers game, wondering why anyone would love a Vikings team that lost six defensive starters.

They gave up 522 yards of offense and 31 first downs and got pummeled by the Packers. Aaron Rodgers passed from a clean pocket all afternoon. Now, the Vikings toothless defense goes up against the best offensive line in the NFL, and expect the Colts skill position players to take advantage of the turf indoors. The Colts didn’t punt last week. They lost because of red zone struggles, and two costly Philip Rivers interceptions. The Vikings are not a good football team.