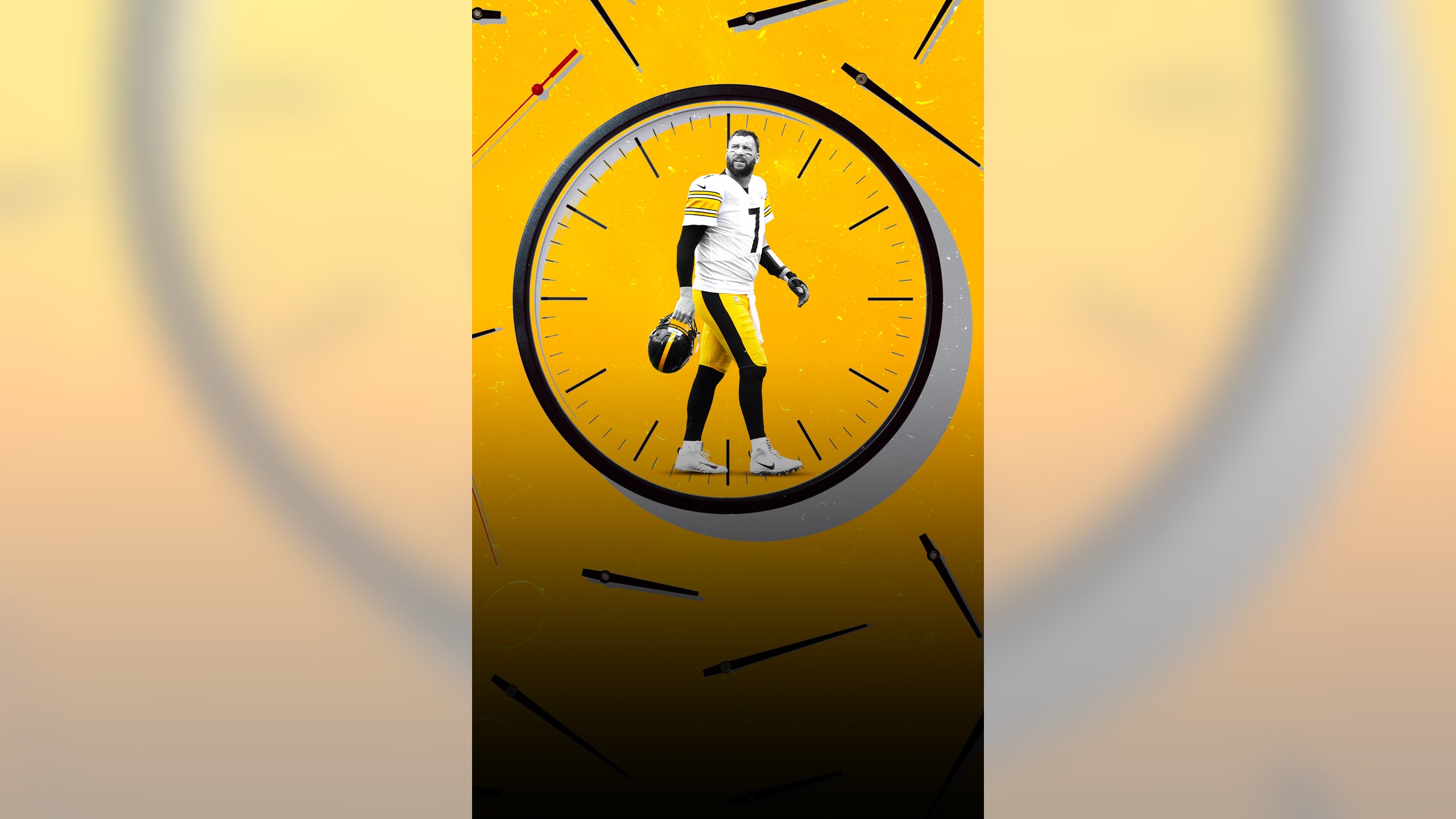 Is the clock about to strike midnight for Big Ben in Pittsburgh?

"He reiterated to us that he wants to continue to play. We told him we have to look at this current situation."

Not exactly a ringing endorsement from Pittsburgh's brass.

The elephant in the room is Big Ben's contract. Specifically, the reported $41 million cap hit that the quarterback, who turns 39 on March 2, carries into 2021.

That figure accounts for more than 22% of Pittsburgh's total cap, per OverTheCap.com, a contract that becomes glaringly cumbersome with the salary cap expected to decrease from 2020's total of $198.2 million to $181 million in 2021.

With 33 touchdown passes and 10 interceptions in the 2020 regular season, Big Ben bounced back from an elbow injury that ended his season after Week 2 in 2019.

He led the Steelers to a 12-3 record in 15 games 2020, but faded down the stretch following an 11-0 start to the season. After resting in the season finale against the Cleveland Browns, Roethlisberger returned for the wild-card matchup against the very same Browns.

For a franchise that boasts six Super Bowl trophies, two of which Roethlisberger won in the 2005 and 2008 seasons, being one-and-done in the postseason isn't up to snuff.

That's how Colin Cowherd saw the situation for Big Ben and the Steelers on Wednesday's episode of "The Herd."

To Cowherd, Pittsburgh's dedication to Roethlisberger isn't being reciprocated by the quarterback, especially when it comes to his work during the offseason.

"They've had to cater to Ben. It's always been bending over backward for Ben. Which would be fine, if I felt I was getting the ultimate payoff. When is Pittsburgh winning big playoff games? He's aged poorly because he's never been as committed as other peers in his generation.

"What is he giving them, besides raw natural talent? Headaches."

The quarterback landscape of the AFC North has changed drastically across Roethlisberger's 17-year career, too.

An argument could be made the Big Ben is the fourth-best QB in his division behind Joe Burrow, Lamar Jackson and Baker Mayfield.

Another issue for the Steelers is that there doesn't appear to be a viable in-house option, as Joy Taylor pointed out.

"I thought that they should have moved on, or at least brought in someone last year when he was injured. We got to watch Mason Rudolph and Duck Hodges, and for some reason, somebody still thinks Mason Rudolph is the next guy in Pittsburgh. ... Add Dwayne Haskins in there, but I don't think he's ready to be a franchise quarterback."

It might very well be that Big Ben presents the best chance for the Steelers to succeed in 2021.

But what about that contract? No matter what the Steelers, or Roethlisberger, do, the cap number would be more than $22 million, according to ESPN's Dan Graziano.

With those figures in mind, NFL Network's Mike Garafolo was left pondering the motive behind Colbert's comments.

In Garafolo's opinion, the Steelers don't have much of a choice other than to ride out 2021 with Big Ben.

"This doesn't compute to me, as far as the Steelers basically threatening that they might move on from Roethlisberger here. ... The smartest financial move for the Steelers here ... is to bring Roethlisberger back and the two sides work together on a contract to make it happen."

And it seems as though Roethlisberger might be open to making such an adjustment.

On January 28, Ed Bouchette of "The Athletic" quoted Roethlisberger as saying, "I don't care bout my pay at all this year!"

The extent to which Big Ben meant that statement could go a long way to determining if he's with the Steelers for 2021.

There still might be time left for Big Ben in Pittsburgh, after all.

Visions of greatness?
Some think New England has the chance to snag a QB reminiscent of a former Patriots legend with the No. 15 pick in the NFL Draft.
18 mins ago