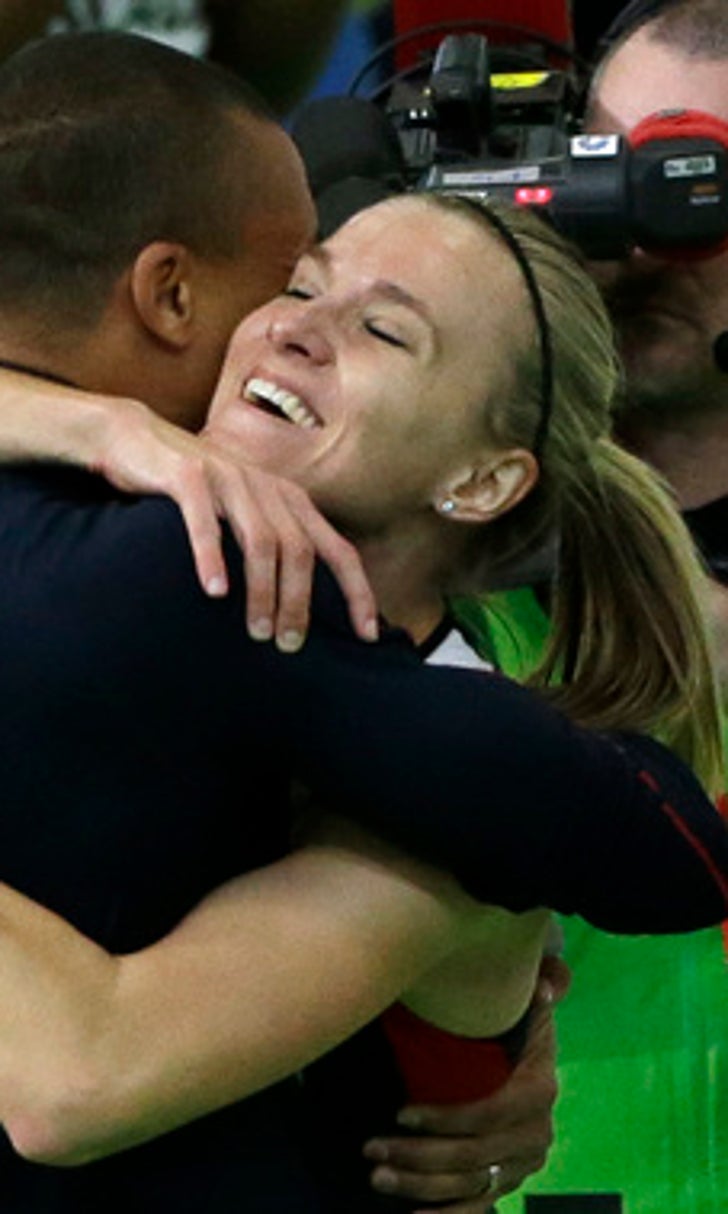 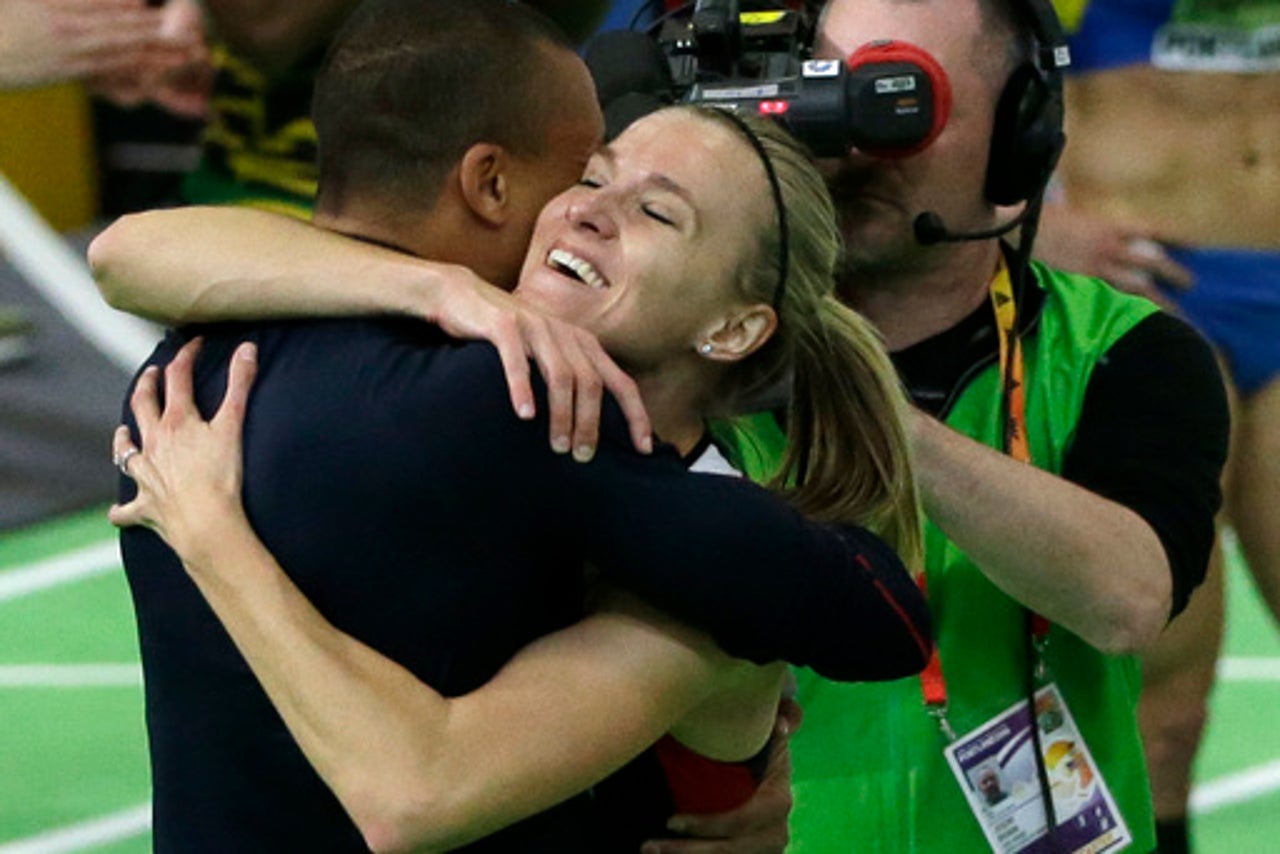 They accomplished that with the help of an 18-year-old high jumper whose father was a longtime NFL quarterback and an 800-meter runner who worked at McDonald's to earn extra money for training.

The final tally: 13 golds out of a possible 26 events and 23 medals in all, making it the biggest haul in the history of the event. Granted, some of track's biggest names were missing (Usain Bolt and Mo Farah, although Farah showed up in the stands) and the Russians were absent because of pending doping charges. But it couldn't have gone much better, especially with the Rio Games just around the corner.

''For Team USA as a whole, it's definitely a confidence booster,'' said Natasha Hastings, who helped the 4x400 relay team to a gold medal on the final day. ''To do this on home turf, that makes it even more special.''

This was pretty much the official world introduction to Vashti Cunningham, whose father and coach happen to be Randall Cunningham. The teenager beat a field that included silver medalist Ruth Beitia, who was twice her age. Cunningham became the youngest female to win a world indoor title.

He father, calling in plays from the stands, had a fitting analogy for the crowd support.

''They were like the Seattle Seahawks - the 12th man,'' said Randall Cunningham, who was inducted into the Philadelphia Eagles Hall of Fame in 2009.

One of the more intriguing story lines from the weekend belonged to Boris Berian, who used to work at the popular fast-food chain to support his training. His impressive win in the 800 - he took the lead early and held on - inspired such headlines as ''From Golden Arches to gold medal.''

''I'm just really impressed with the production level, talent and composure of Team USA and setting records with a team of this caliber,'' men's coach Ron Allice said. ''I said it in our team meeting, but this is our house and we defended it.''

Here are some takeaways from the world indoor championships:

TEAM EATON: The Eatons are certainly the first couple of the multi-events. Brianne Theisen-Eaton of Canada won the pentathlon with a fantastic performance in the final race of her event. American Ashton Eaton's heptathlon title was more of a walk in the park as he cruised to his third straight indoor title. They were crowd favorites, which was no surprise since the couple met at the University of Oregon. They will be favored in Rio.

QUITE A THROW: Michelle Carter set a U.S. indoor shot put record with a throw of 66 feet, 3 3/4 inches (20.21 meters). She captured gold by beating New Zealand's Valerie Adams, who's the gold standard in the event. Adams was the defending champion.

GOING THE DISTANCE: With his win in the 1,500 meters, Matthew Centrowitz now has a medal of every color at major meets. He also captured silver (2013) and bronze (2011) at the outdoor championships. This was the first men's 1,500 gold for the U.S. and Centrowitz savored the moment on his victory lap. ''I saw just about everyone: my family, my friends who have never seen a track race before, it was just awesome on U.S. soil and in my backyard,'' Centrowitz said.

FACE OF SPRINTING: With some of Jamaica's best - Bolt, Shelly-Ann Fraser-Pryce - not here, the stage was set for others to shine. Americans Barbara Pierre and Trayvon Bromell each captured the 60-meter titles in close races. Pierre edged favorite Dafne Schippers of the Netherlands, while Bromell held off Jamaica's Asafa Powell. ''I still can't believe this weekend happened,'' Bromell posted on his Twitter account Monday.

POLE POSITION: Renaud Lavillenie of France captured a pole vault title and took a shot at the world indoor mark, but couldn't quite clear it. Still, he looks strong for an Olympic title defense. ''My shape right now says a lot,'' Lavillenie said. Same goes for American Jenn Suhr, who won the women's pole vault competition. ''I still feel like there is so much more in me in terms of performance, so I strive to do better,'' Suhr said.

Sports World Honors Dr. King
Dr. Martin Luther King Jr. was a pioneer unlike any other. FOX Sports joins the sports world in celebrating his legacy.
3 mins ago

Top Plays: Divisional Sunday
The NFL playoffs featured a game-changing turnover for the second straight day. Follow along here.
17 hours ago
those were the latest stories
Want to see more?
View All Stories
Fox Sports™ and © 2021 Fox Media LLC and Fox Sports Interactive Media, LLC. All rights reserved. Use of this website (including any and all parts and components) constitutes your acceptance of these Terms of Use and Updated Privacy Policy. Advertising Choices. Do Not Sell my Personal Info