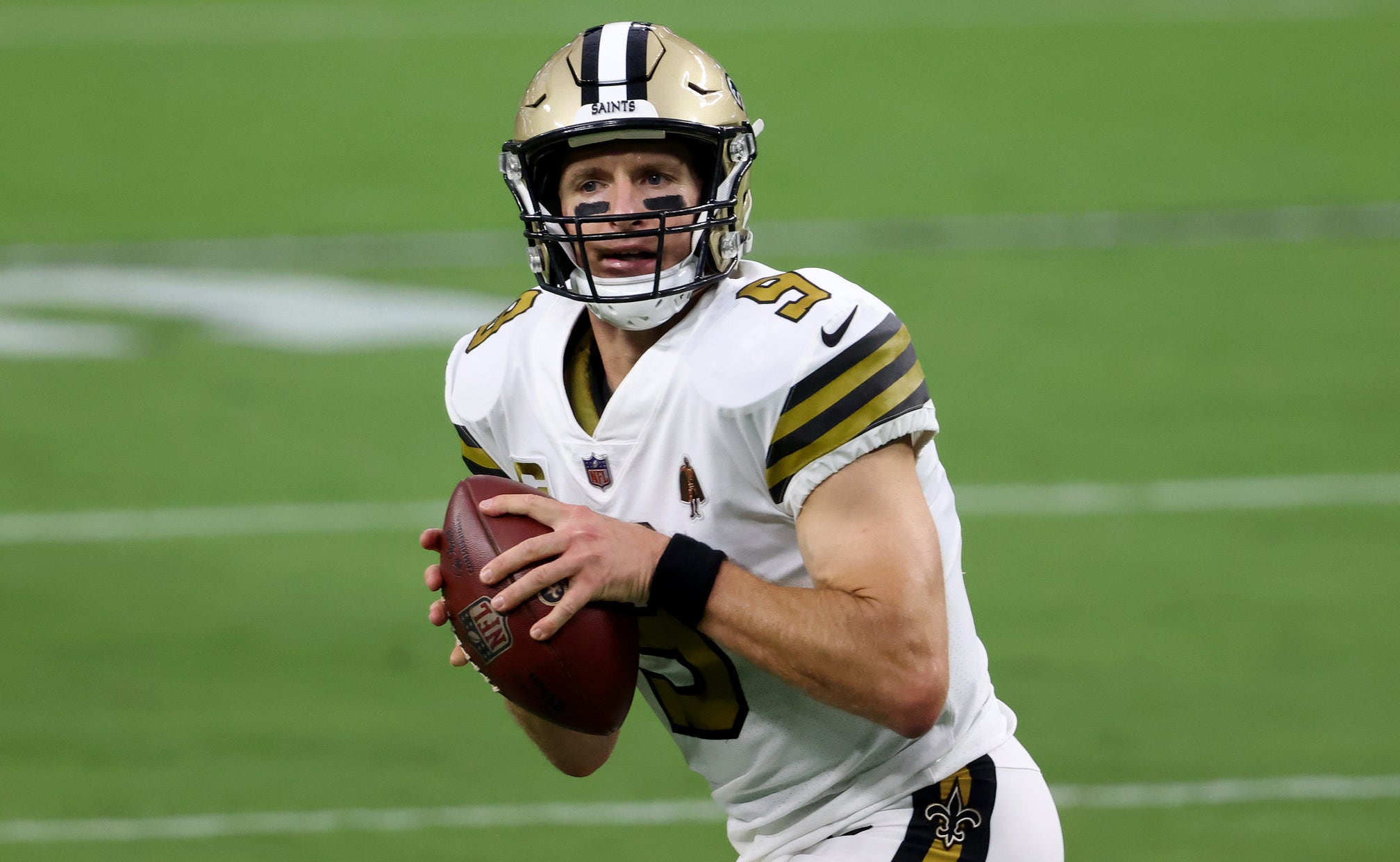 Allegiant Stadium and its brand new NFL franchise were not kind to Drew Brees on Monday night.

The New Orleans Saints joined the Las Vegas Raiders in opening Allegiant Stadium in Sin City on Monday Night Football, and the result was in impressive win for Jon Gruden's squad, in the midst of an unimpressive performance by Brees.

Brees finished the night 26-for-38 passing for 312 yards, a touchdown and an interception, by no means embarrassing numbers.

However, the narrative throughout and after the game was that Brees' arm – known for its accuracy and liveliness – was not so accurate and not so alive.

The conversation centered around Brees' perceived unwillingness to throw the ball down the field. He didn't complete one pass of 20 yards or more, and even more bizarre, he only attempted one such pass.

After the game, Brees addressed the idea that he is in a sharp individual decline.

Through two games, the Saints stand at 1-1, and Brees has 3 TDs and 1 INT. He's passed for 472 yards and is completing 64.2% of his passes, not pedestrian numbers by any means – for the normal NFL quarterback.

One of those onlookers is Colin Cowherd.

"Drew Brees was not very good last night. I have a rule with quarterbacks: trust your eyes, then look at the data ... Drew Brees – he's old. He's declining. He doesn't throw the ball down the field. He was clearly the second-best quarterback on the field."

Further exacerbating Brees' shaky performance from Monday was the fact that the opposing QB, Las Vegas' Derek Carr, was magnificent.

In fact, Carr was so electric that Cowherd felt inclined to reorganize his NFL quarterback tiers on Tuesday morning.

Former NFL quarterback Greg McElroy talked about Brees' arm strength this season compared to years past, surmising that the 41-year old QB just doesn't have the same zip that fans are accustomed to seeing.

"The velocity is just not what it once was, and they're trying to protect him a little bit by keeping the ball thrown within 5 or 6 yards of the line of scrimmage ... When you watch Brees, there are throws he's missing that he has never missed at any point in his career."

While Cowherd and others might be off the Brees bandwagon, former Pro Bowl wide receiver Brandon Marshall is not ready to jump off just yet.

Marshall spent time with the Saints organization back in 2018, earning a firsthand glimpse at how the New Orleans offense is operated, and on Tuesday, he explained that it's designed to complete the short, quick pass.

"This offense is built in a way to get the ball out quick. A lot the balls that [Michael] Thomas catches and Alvin Kamara, it's really like 5-yard plays ... I think Drew Brees is playing his game. I just think he's uncomfortable. It goes back to not having [No.] 13."

Just how big a piece is Thomas for Brees?

Last year, Thomas was named the NFL's Offensive Player of the Year after leading the league in receiving yards with 1,725, becoming the eighth player in NFL history to eclipse 1,700 receiving yards in a season.

He also set a new all-time record for receptions in a single season with 149.

In addition, he has been named First-Team All-Pro each of the past two seasons.

With Thomas out, and Father Time apparently looking to sack Brees, the pressure is on the New Orleans legend to fight off the doubters as the season progresses.

We'll see how much punch he's packing in that right arm when the Saints host Aaron Rodgers and the Green Bay Packers on Sunday night.