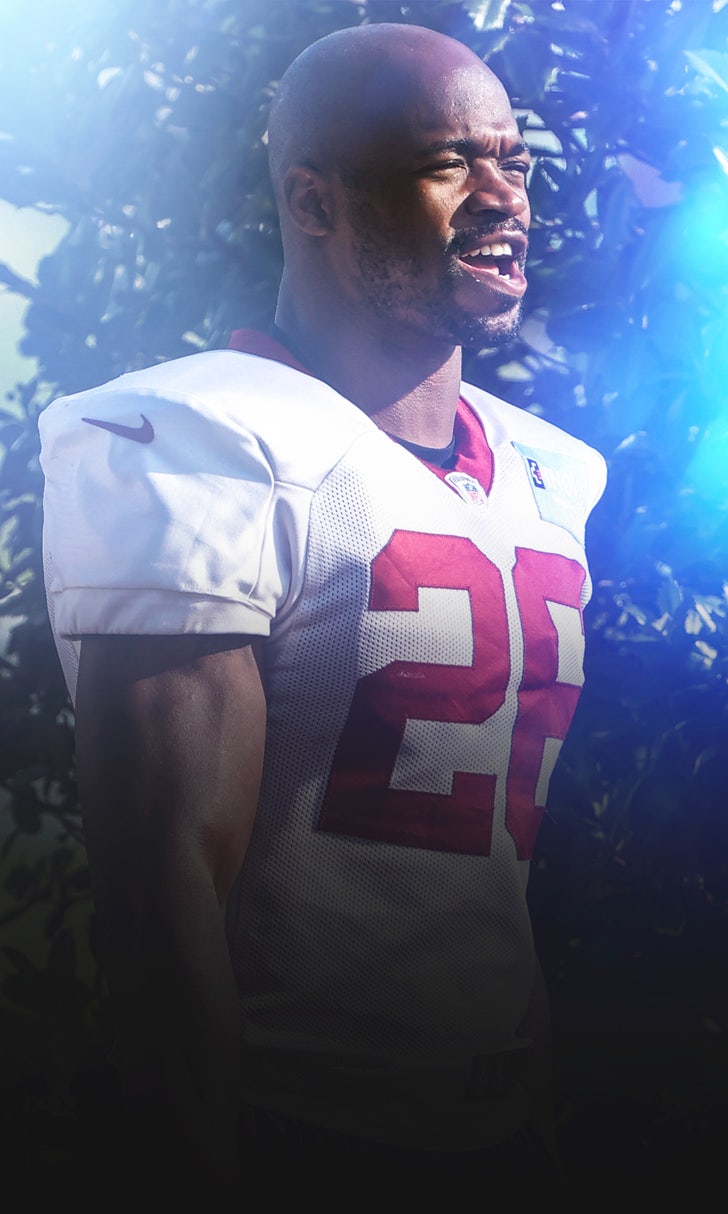 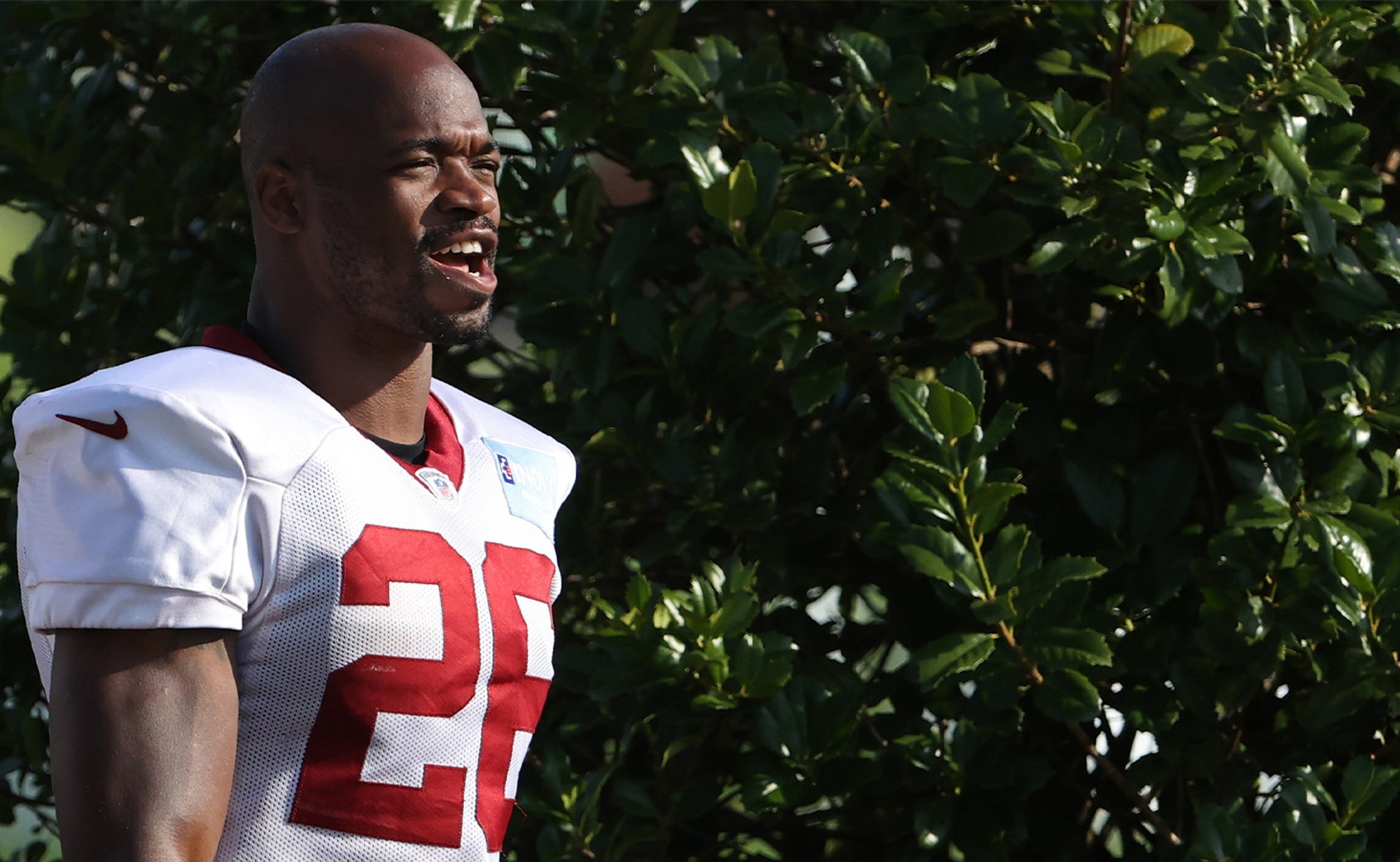 Adrian Peterson is returning to the NFC North and signing with the Detroit Lions, according to multiple reports.

The future Hall of Fame running back spent 10 years with the Minnesota Vikings, winning a league MVP award in 2012, before short stints with the New Orleans Saints and Arizona Cardinals.

Most recently, the 35-year-old Peterson played a pair of seasons with the Washington Football Team, who released him on Friday.

With 14,216 career rushing yards, Peterson is fifth on the NFL's all-time career list.

Ahead of him at No. 4? None other than Lions legend Barry Sanders, who racked up 15,269 yards in his career.

Peterson spoke of the importance of chasing Sanders' record earlier this year on NFL Network, via Pro Football Talk. 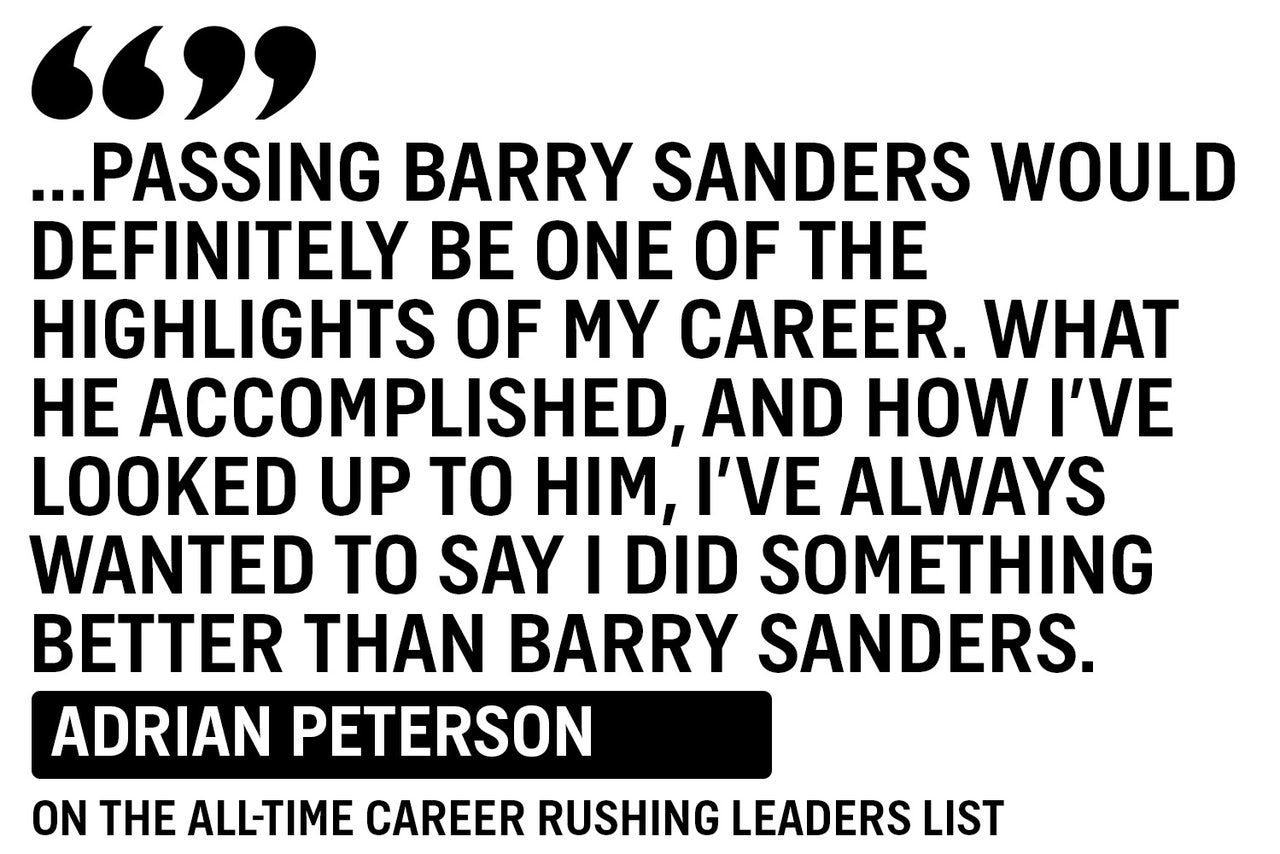 Sanders and Peterson have had an amiable relationship, especially on social media, where Sanders has given props to Peterson for surpassing some of his other career marks.

The Lions great was one of the first to congratulate AP on the news of joining the Lions, too.

Sanders wasn't the only Lion pumped up with the acquisition, either.

Along with Peterson and Johnson, the Lions also have Bo Scarbrough and Ty Johnson competing at the position, along with 2020 second-round pick D'Andre Swift out of Georgia.

It remains to be seen how all of those mouths get fed, but Peterson's seems confident he'll make an impact.

Reuniting with Lions offensive coordinator Darrell Bevell, who held the same position with the Vikings from 2006-10, should also ease the transition.

Peterson's deal reportedly is a one-year, incentive laden deal with Detroit that the running back presumably will hope to parlay into extending his career.

For now, it he'll look to enjoy it in Detroit.

Help Wanted In Dallas
The Cowboys are on pace for one of the worst seasons in franchise history. Is it time for Jerry Jones to clean house?
23 hours ago
those were the latest stories
Want to see more?
View All Stories
Fox Sports™ and © 2020 Fox Media LLC and Fox Sports Interactive Media, LLC. All rights reserved. Use of this website (including any and all parts and components) constitutes your acceptance of these Terms of Use and Updated Privacy Policy. Advertising Choices. Do Not Sell my Personal Info