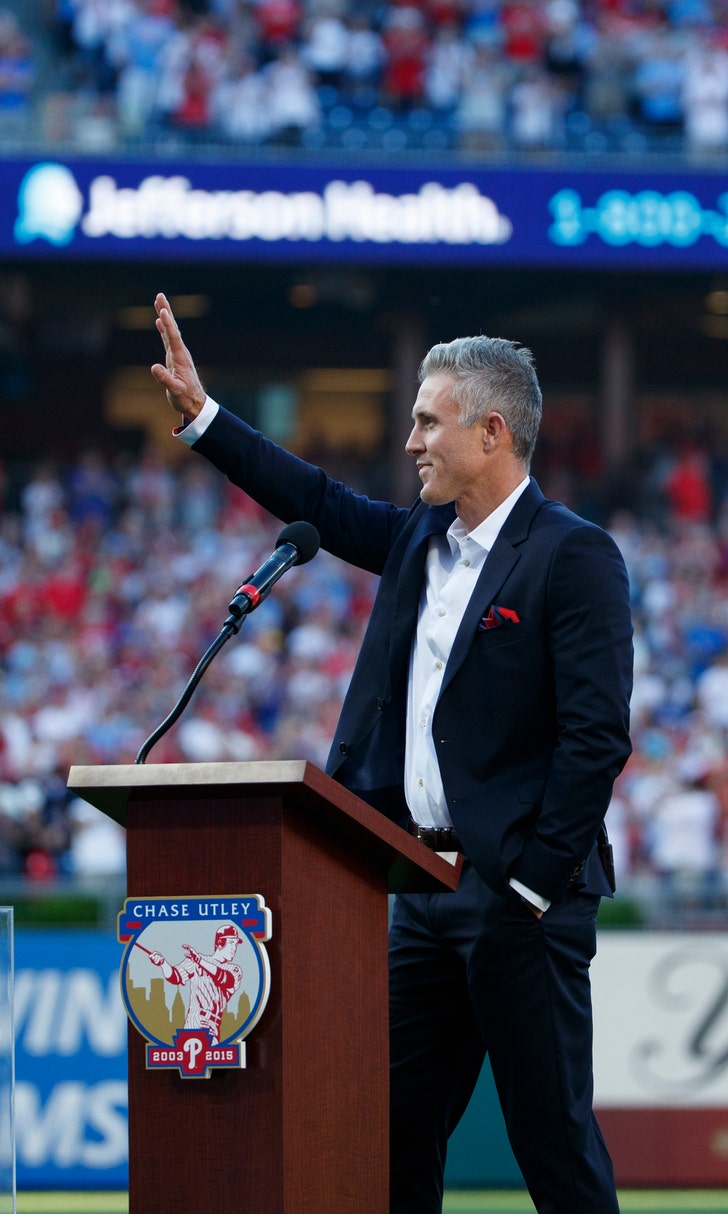 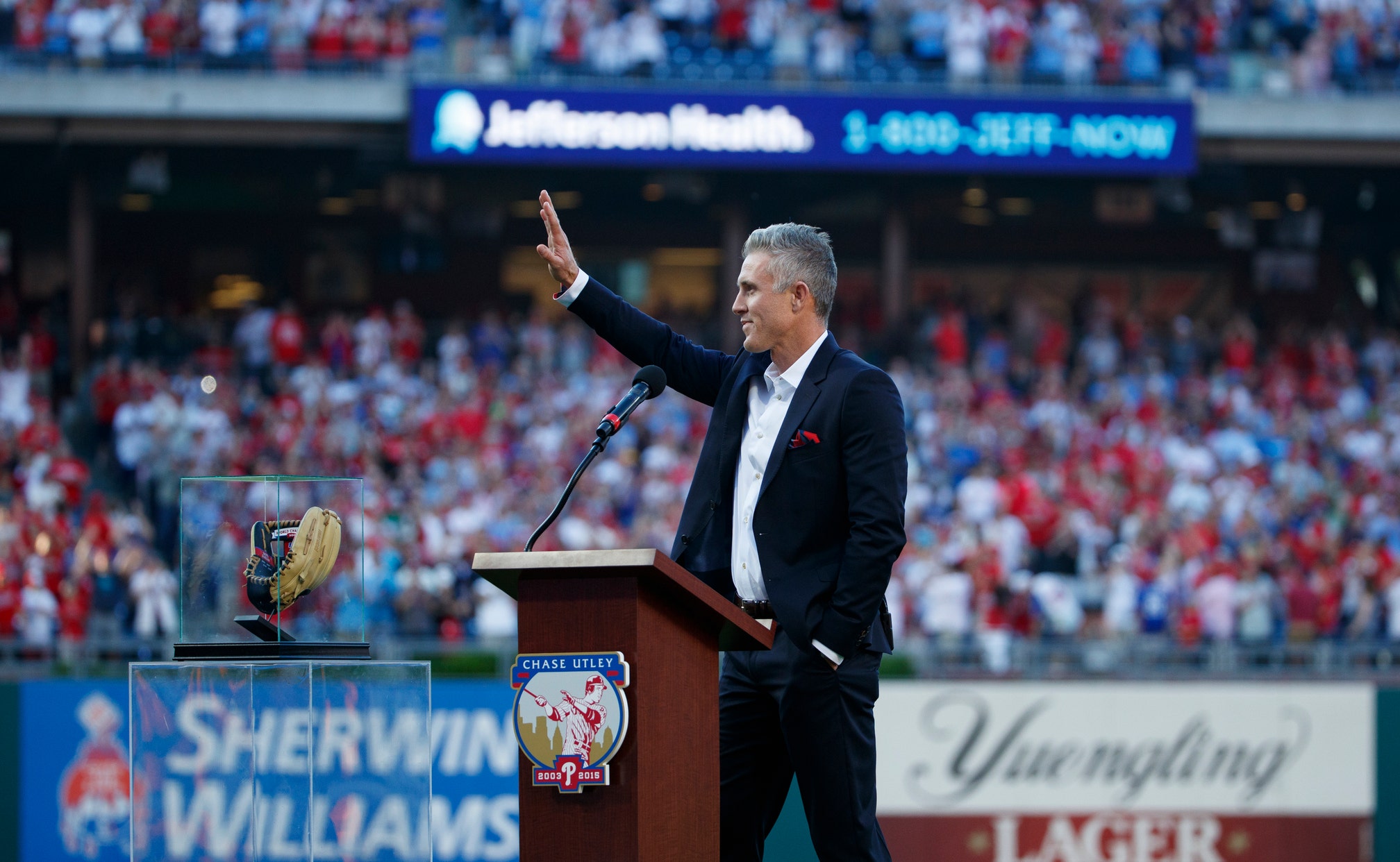 PHILADELPHIA (AP) — Chase Utley ran out to second base one more time wearing a red pinstriped No. 26 Philadelphia Phillies jersey and dark blue suit pants while his walk-up song "Kashmir" by Led Zeppelin blared and adoring fans stood and cheered.

The six-time All-Star was honored Friday night at a retirement ceremony before the Phillies played the Miami Marlins. He called Phillies fans the "best" in baseball and threw a ceremonial first pitch to actor Rob McElhenney, creator of "It's Always Sunny in Philadelphia." McElhenney had a "man crush" on Utley in one of the show's episodes.

Utley played 13 seasons in Philadelphia and helped the Phillies win five straight NL East titles, two NL pennants and the 2008 World Series. He was traded to the Los Angeles Dodgers in 2015 and finished his career there last season.

The sweet-swinging Utley is perhaps the most popular player in franchise history. He was beloved for his hustle, heart and all-out attitude. Fans fell in love with Utley from the moment he ran — not jogged — around the bases after hitting a grand slam for his first hit in the majors. Their affection for Utley grew legendary after he scored from second base on an infield grounder and Hall of Fame broadcaster Harry Kalas declared: "Chase Utley, you are the man."

Utley is the second player from the team's former All-Star infield being honored with a retirement ceremony. Shortstop Jimmy Rollins had his night and first baseman Ryan Howard will have one next month.