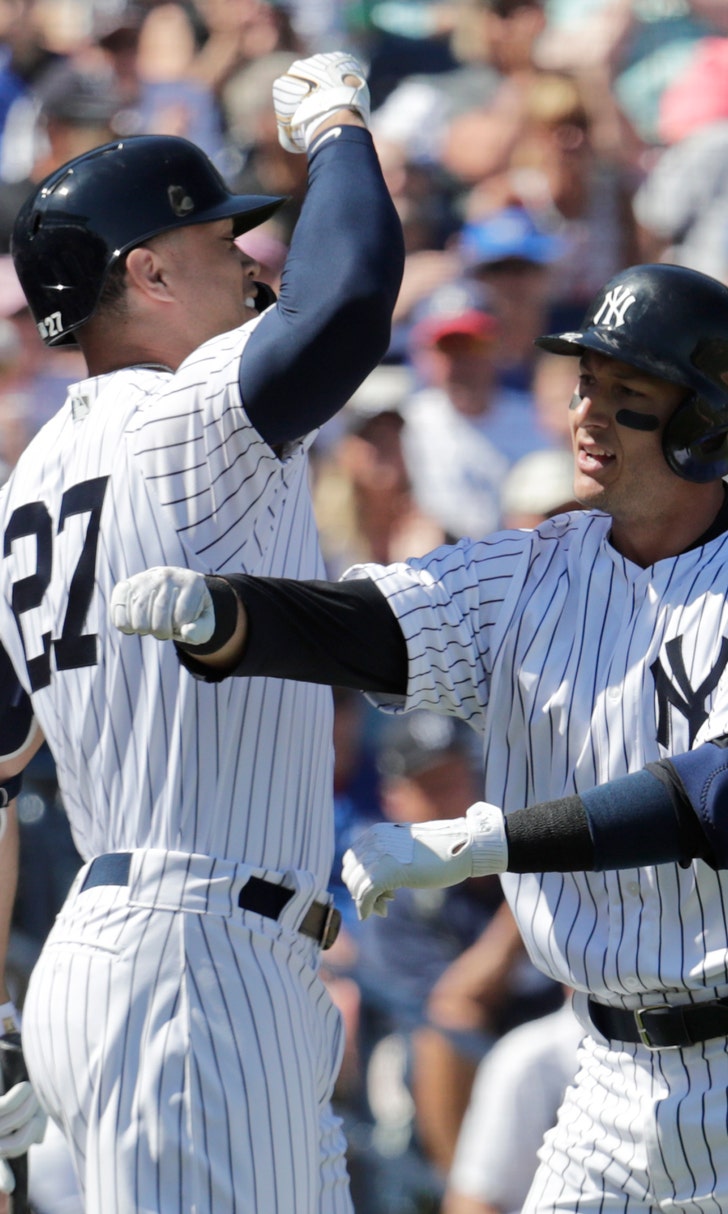 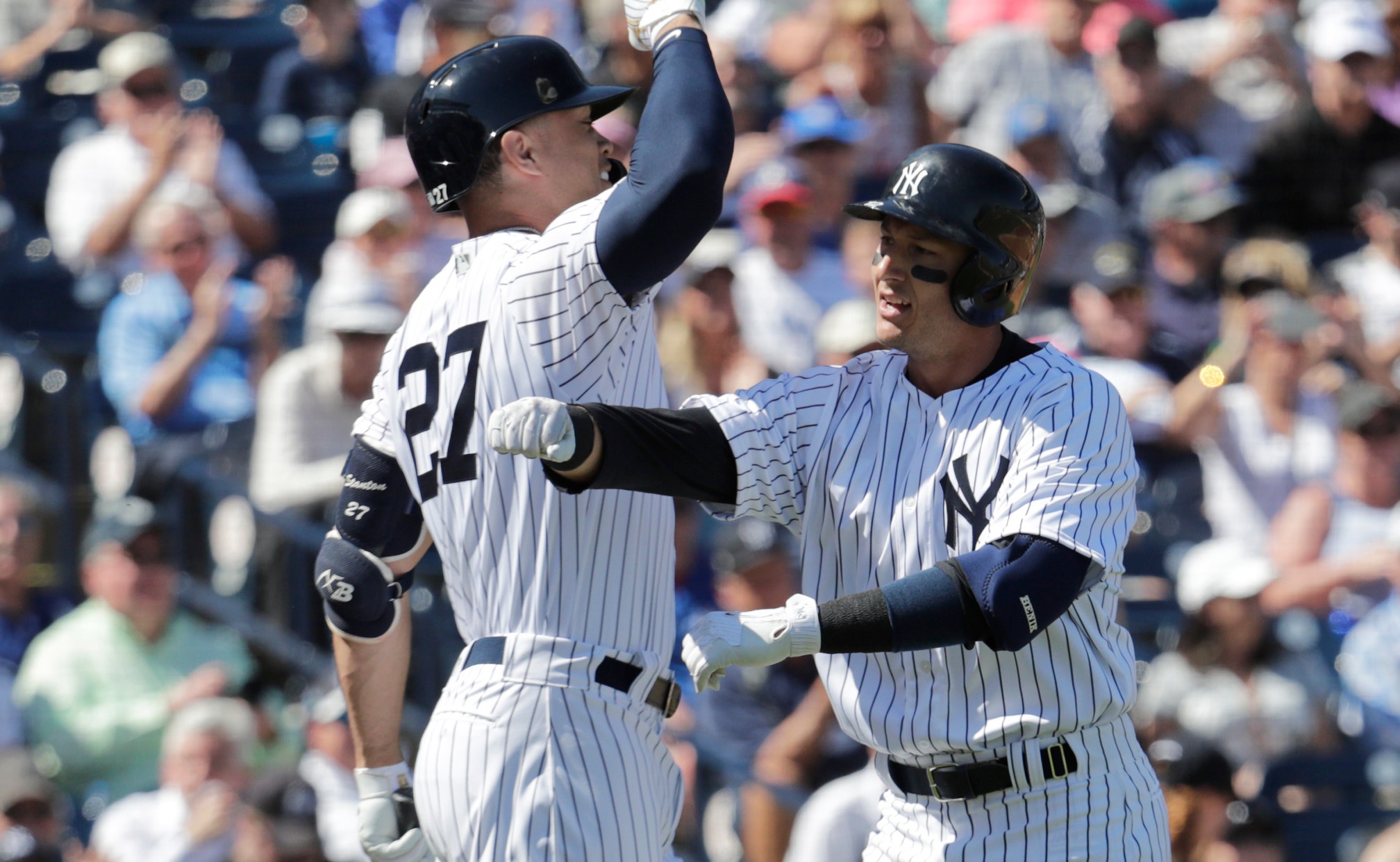 Tulowitzki homers in 1st game for Yanks, against Blue Jays

TAMPA, Fla. (AP) — Troy Tulowitzki got some payback against the Toronto Blue Jays in his first spring training at-bat for the New York Yankees.

Tulowitzki homered on his first swing in a Yankees uniform and jawed at the Blue Jays dugout after rounding third base following his drive Monday off Marcus Stroman, a friend and former teammate.

"You know what happened, so no doubt about it, it was definitely extra, extra special," Tulowitzki said after the Yankees' 3-0 win. "That was a team that basically told me I couldn't play anymore. It is spring training, it is what it is, but it was a big day for me."

A five-time All-Star, who has not played in the major leagues since July 2017, Tulowitzki missed last season because of surgery on April 2 for bone spurs in his right and left heels. He was released by the Blue Jays on Dec. 14, then signed with the Yankees on Jan. 4 for the major league minimum $555,000. That will be offset against the $20 million he is owed this year by Toronto, which also is responsible for $18 million in future years.

He took a strike from Stroman leading off the bottom of the first, then homered down the right-field line on the next pitch, an opposite-field drive just inside the foul pole.

"It's the biggest spring training homer I've ever hit," a smiling Tulowitzki said. "With that being said, I got a little pumped up there. People said I'll never make it back on a baseball field again. Anybody that tells you you're done, you've a little extra fire."

Tulowitzki's five-year son Taz, who was at the game, was a motivating factor during dad's rehabilitation from surgery.

"He was 3 the last time he was watching games, and he doesn't remember that," Tulowitzki said. "To get back out there and have him see me again, that what I thought about each and every day."

A smiling Stroman said Tulowitzki homering off him is "not going to happen in-season, I promise you that."

"Tulo, I can't tell you how much work he's put in to get back to healthy," Stroman said. "I've kind of been with him through a lot of that process. I couldn't be more ecstatic or more happy for someone than him because I've learned so much about the game of baseball and so much about life from that man.

"That's my guy," Stroman added. "I would always love to compete with him. I would always prefer him on my team. I'm excited to see him somewhere being healthy, back out there doing that Tulo can do."

Now 34, Tulowitzki is projected to start at shortstop while Didi Gregorius recovers from Tommy John surgery last Oct. 17. Gregorius is expected to return to the Yankees between June and August.

"He definitely seemed a little fired up," Yankees manager Aaron Boone said. "Look, he's had that kind of edge to him, something to prove really since we put eyes on him this winter. Happy for him because I know this day was a big deal."