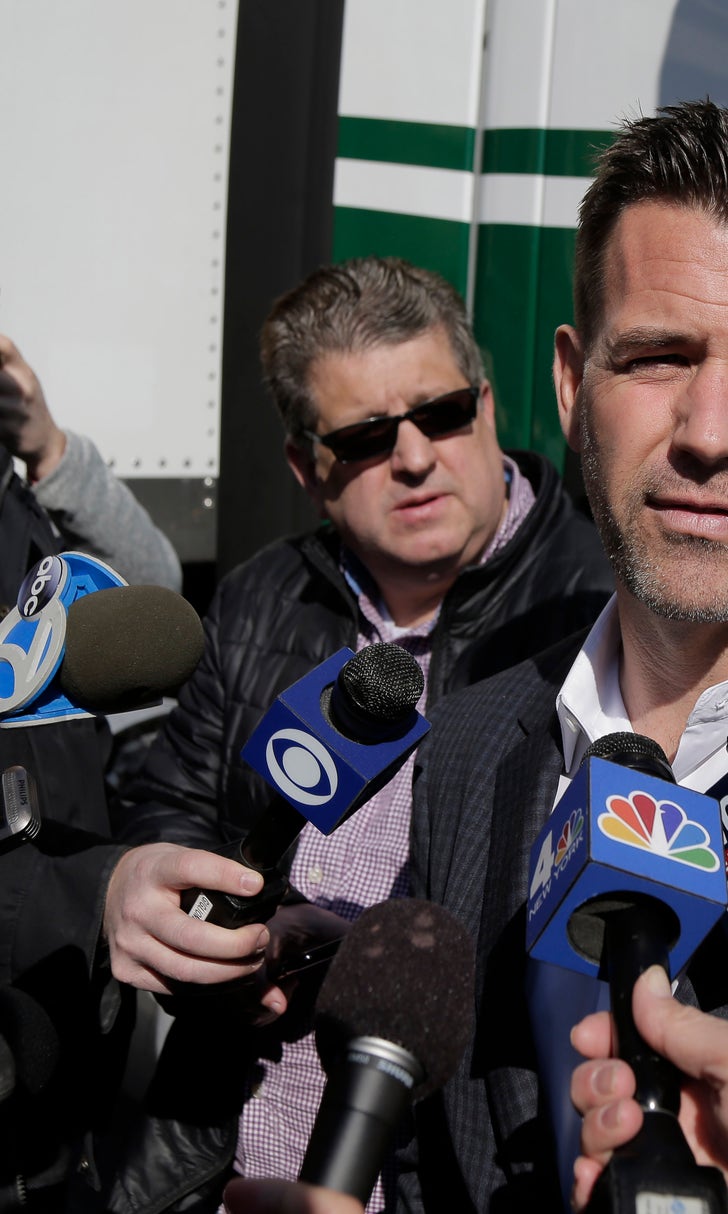 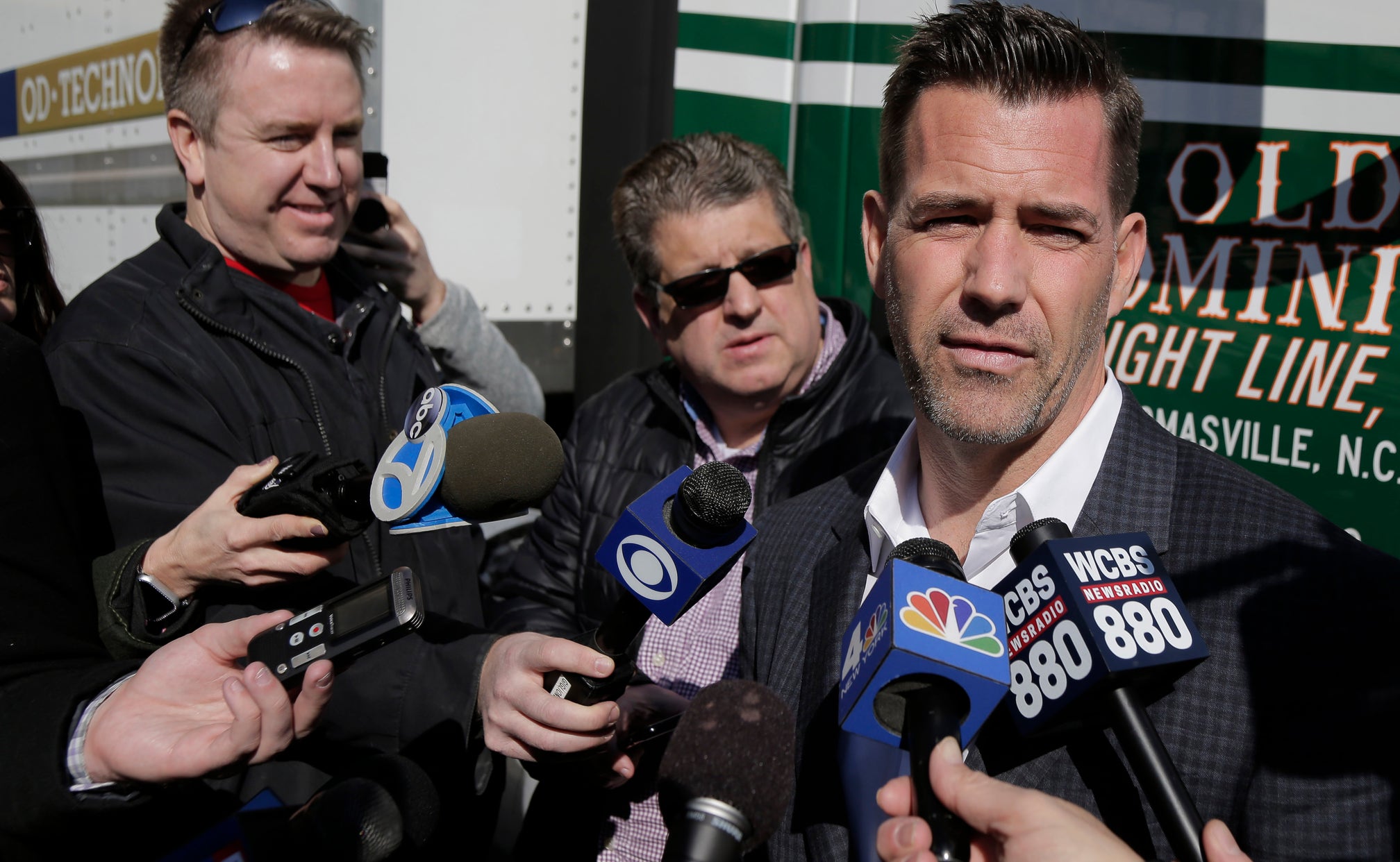 Heading into his first spring training as Mets general manager, the former player agent has already engineered a major roster overhaul that has New York eyeing the playoffs in a beefed-up NL East.

In a flurry of offseason moves that began with a blockbuster trade with Seattle, the Mets added second baseman Robinson Cano, closer Edwin Diaz, catcher Wilson Ramos and infielder Jed Lowrie. They also brought back reliever Jeurys Familia, traded away last summer, to serve as their eighth-inning setup man.

All of them recent All-Stars.

Of course, the Mets have felt good going into spring training before — only to have their last two seasons ruined by injuries and underperformance. With that in mind, Van Wagenen and his new colleagues focused on building depth and versatility to better absorb the inevitable setbacks.

New York spent big bucks to take on Cano's contract and about $80 million more in free agency, spreading it around to upgrade several areas. Speedy outfielder Keon Broxton and corner infielder J.D. Davis were obtained in trades to boost the bench, at the very least. Established veterans like pitcher Hector Santiago, reliever Luis Avilan and outfielder Rajai Davis were signed to minor league contracts as insurance, and maybe more.

"We recognized that we had multiple needs," Van Wagenen said. "We needed to get better in the bullpen. We needed to increase our run production. ... The goal from the beginning was to try to address all of our needs in the most efficient way that we could."

Not only on the field, either.

When he was introduced as GM last fall, a confident Van Wagenen vowed New York would win now and in the future. His bold moves this offseason led him to say the Mets consider themselves NL East favorites — and he challenged their division rivals to "come get us."

"He's working hard, that's all I can tell you. And the rest of the crew around him is working hard," chief operating officer Jeff Wilpon said. "It's coming together. There's a new feeling around the office that everybody is rolling in the same direction."

The first workout for pitchers and catchers is Thursday. Some things to keep an eye on as the Mets begin spring training:

NEW LOOK: There are newcomers all over the diamond, including at catcher (Ramos), second base (Cano) and third base (Lowrie). Todd Frazier could move from third to first. Broxton could challenge Juan Lagares for playing time in center field. Jeff McNeil, who impressed as a rookie last season, shifts from second base to the outfield and a potential utility role.

"I'm really excited people think we have too many good players. And I'm not concerned at all about finding playing time for the best 25 guys that we have, and I don't think any of our players are concerned about that," Van Wagenen said. "We are going to use our versatility to our advantage."

ROOKIES TO WATCH: Top power-hitting prospect Peter Alonso, who led all minor leaguers with 36 homers and 119 RBIs combined at Double-A and Triple-A last season, gets a chance to win the first base job. Former star quarterback Tim Tebow also will be in big league camp and is ticketed for Triple-A Syracuse to start the season.

THEY'RE SET: If healthy, the front of the rotation should be a strength again with deGrom, Noah Syndergaard and Zack Wheeler. The back of a revamped bullpen looks good, too, with Diaz, Familia and new lefty Justin Wilson joining holdovers Seth Lugo and Robert Gsellman. The infield is crowded and the corner outfield spots are manned by productive youngsters Michael Conforto and Brandon Nimmo as the Mets wait for slugger Yoenis Cespedes to return from surgery on both heels. He's not expected back until at least mid-July. "We are confident that he's going to be able to come back. The timing for when he comes back, we'll have to wait and see," Van Wagenen said.

THEY'RE NOT: Despite the big arms at the top, one or two significant injuries could really derail the rotation. New York is hoping for a breakout season from No. 4 starter Steven Matz and a bounce-back year from lefty Jason Vargas.

ON DECK: Several roles are up for grabs and multiple players will be moving around to different positions all spring. The season opener is March 28 at rival Washington.

Sports World Honors Dr. King
Dr. Martin Luther King Jr. was a pioneer unlike any other, and the sports world is spending Monday celebrating his legacy.
12 hours ago