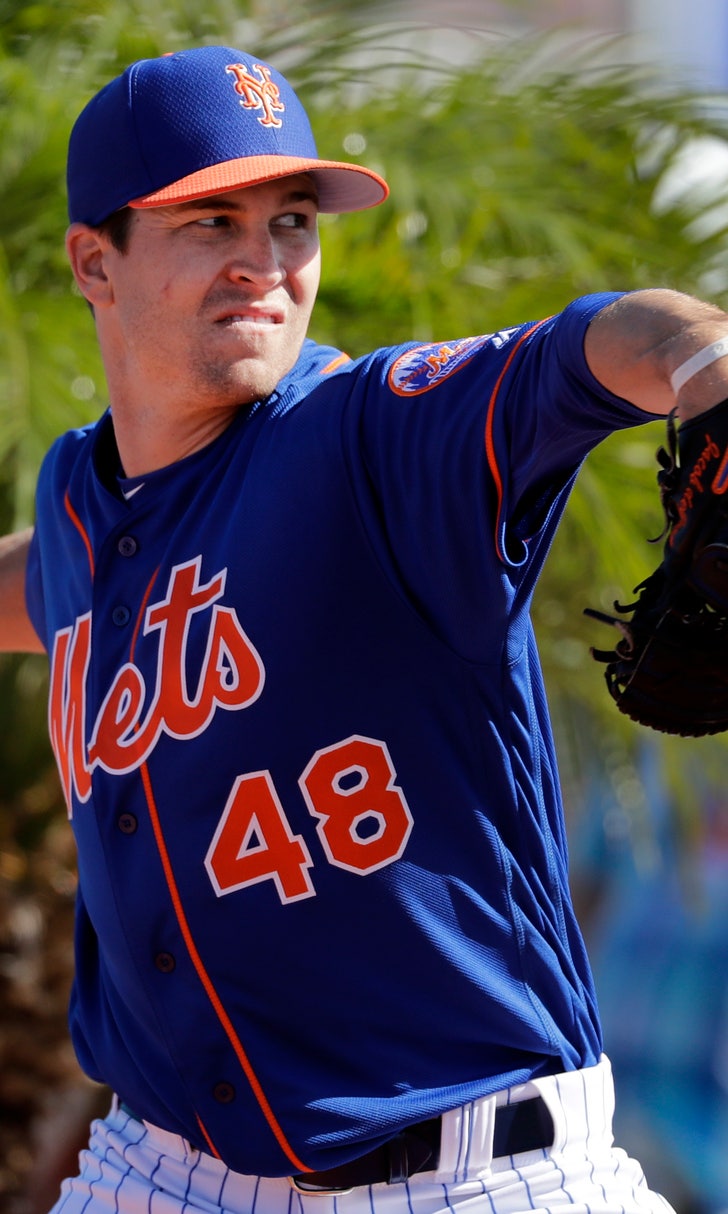 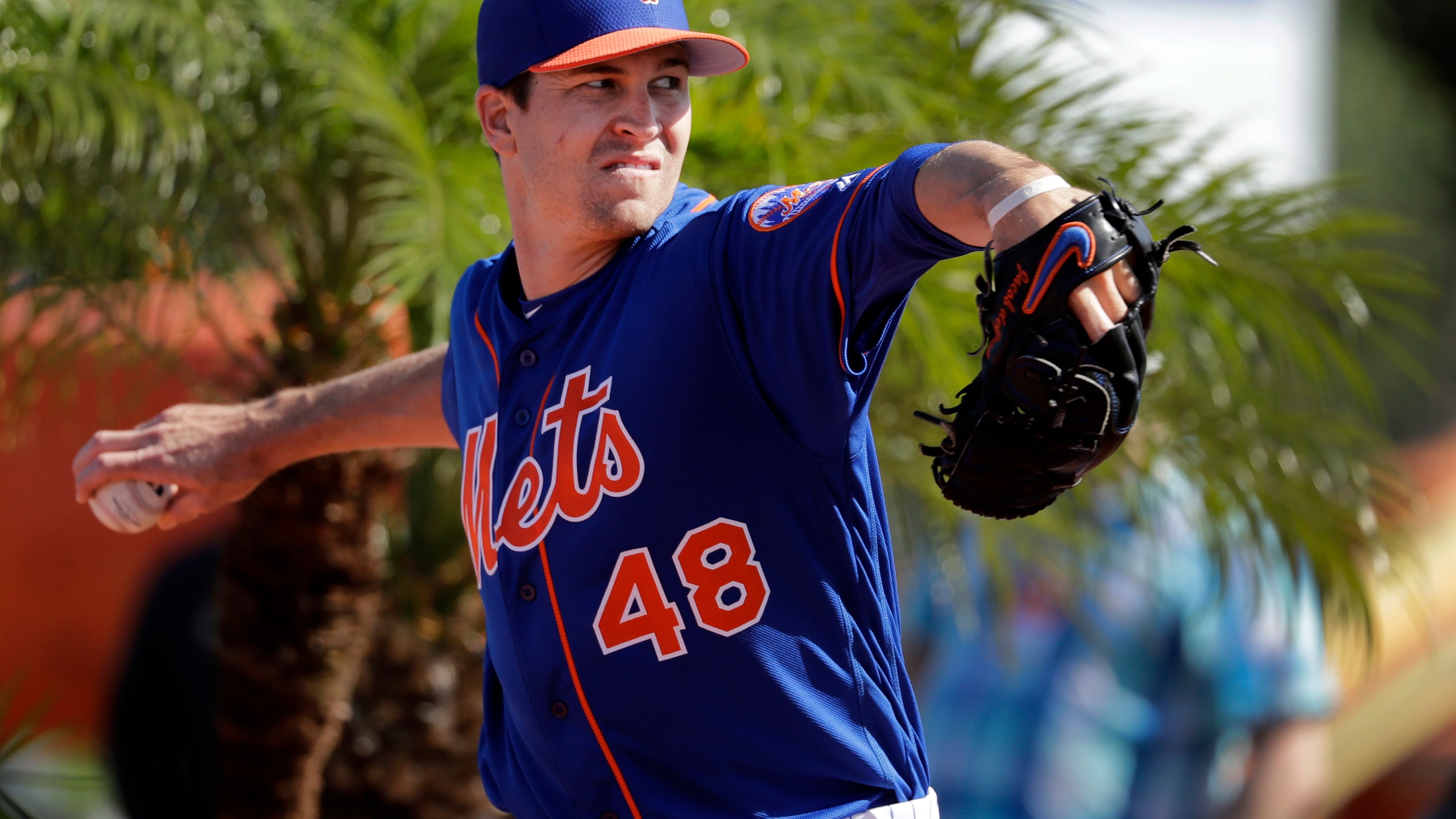 He hasn't received a long-term contract offer from the New York Mets and isn't sure he will before opening day.

"I honestly have no clue. There hasn't really been many talks," deGrom said Thursday. "But that can change in one phone call. I just don't really know."

The 30-year-old deGrom is set to make $17 million this season and is under club control through 2020. If he doesn't get a new deal this spring, however, he didn't rule out limiting his 2019 workload to protect his personal future.

It's an idea that was floated by his agent, Jeff Berry of CAA, in a recent memo to major leaguers during a second consecutive slow free-agent market. If teams are so hesitant to sign accomplished veterans because they come with wear and tear, maybe players should take measures themselves to assure they stay fresh.

"You play this game 'cause you love it and then, you know, you have an opportunity to look out for your family and your future. So I think, just, you have to see what's right for you to do."

Adding to it all is the bizarre fact that new Mets general manager Brodie Van Wagenen was deGrom's agent with CAA before switching sides at the bargaining table last fall.

Van Wagenen insisted he's not worried about deGrom taking a seat to save his arm.

"I don't anticipate any concerns," Van Wagenen said. "We want to protect Jacob deGrom as much as Jacob deGrom and as much as his agents want to protect him because he matters to us not just during the regular season but his impact is even more important for us in October. So, as far as managing workloads with or without an extension, we're going to make sure that the player's health is considered."

The developing saga has already commanded much of the attention as the new-look Mets open camp with an improved roster and playoff aspirations. Teammates have spoken out in support of the humble deGrom getting financially rewarded for his consistent excellence on the mound, and the sides set an opening-day deadline for striking a deal so talks don't create a distraction during the season.

New York opens up March 28 in Washington, and manager Mickey Callaway drew laughs from reporters when — unprovoked — he made a point to announce deGrom (quite obviously) would get the ball.

If no contract agreement is reached by then, discussions could always resume next offseason. As of now, at least

"There's been plenty of conversations but no offers exchanged," Van Wagenen said. "I have no doubt that the two sides will know each other's positions, if nothing else, by the end of camp, and hopefully we'll be on the same page."

It was Van Wagenen — on the pitcher's behalf — who suggested last July the organization should consider trading deGrom if it wasn't planning to commit to him long-term.

"That was just I think him trying to get something moving," deGrom said with a sheepish smile. "We had heard the possibility of us talking and it's never gotten anywhere. So, I think it was just trying to get the ball rolling and seeing what was happening and seeing if I was in this team's future plans and not just right now."

A two-time All-Star and the 2014 NL Rookie of the Year, deGrom reiterated how much he loves playing in New York and wants to stay. He's made it clear he's interested in signing a multiyear contract now rather than testing free agency.

Of course, chief operating officer Jeff Wilpon and his father, owner Fred Wilpon, would be the ones approving any lucrative deal.

So what are the Mets waiting for?

Last month, deGrom and the Mets agreed to a $17 million, one-year contract to avoid arbitration — a raise of $9.6 million over his 2018 salary.

"I think first and foremost we wanted to get the arbitration, one-year number resolved," Van Wagenen said. "You never want to create contention between players and the team they play for, so that was a real priority for us.

After leading the majors with a 1.70 ERA in 217 innings last year, deGrom was a runaway winner in NL Cy Young Award balloting. He went just 10-9 with 269 strikeouts in 32 starts, receiving little support from a fourth-place team that finished 77-85.

"I think that Jacob's season last year, we're probably never going to see anything like it again in our lifetime," Callaway said.