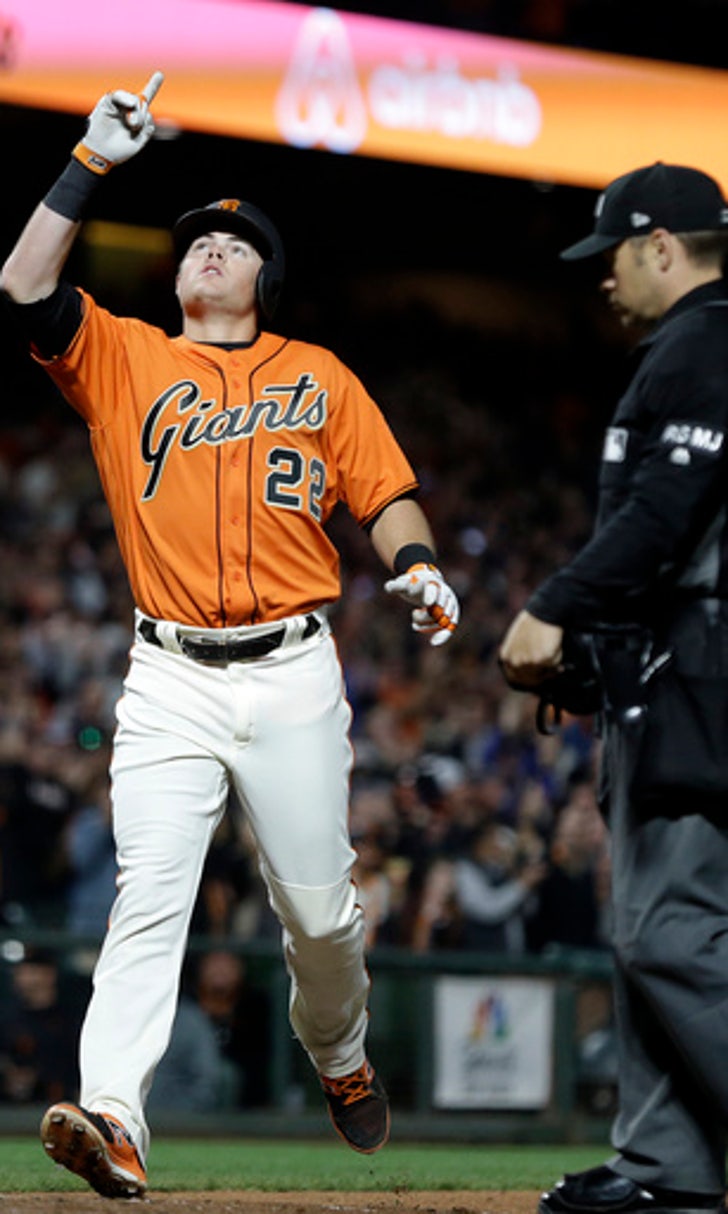 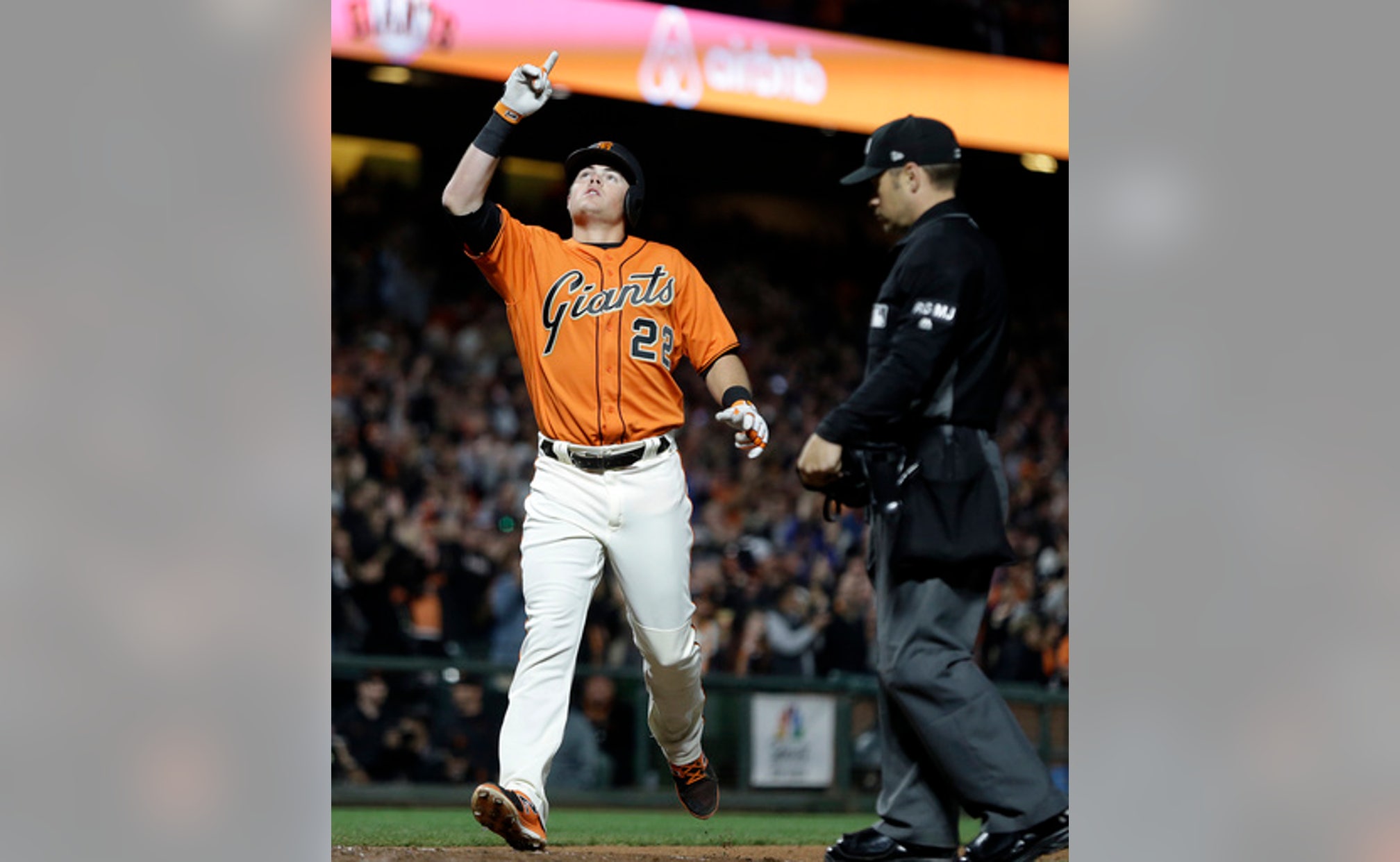 Arroyo hit a tiebreaking solo homer in the eighth inning, his second shot in three games, to lift the San Francisco Giants over the San Diego Padres 4-3 on Friday night.

Arroyo, playing in his fifth game since being called up Monday, homered off Ryan Butcher (1-1) to start the inning.

The Giants had lost four straight and six of their previous seven games when they called up the 21-year-old from Triple-A Sacramento.

''He's got pop,'' Giants manager Bruce Bochy said. ''He's not a guy that's trying to hit home runs, he's just trying to put a good swing on it but he drives the ball, as you saw tonight. ... I think he's going to get more power as he gets older.''

Brandon Belt had three hits, including a double, and Joe Panik made a diving over-the-shoulder catch on Yangervis Solarte's popup in short center field for the first out in the ninth as Mark Melancon pitched a scoreless inning for his fifth save.

''Fortunately I was playing out on the grass a couple of steps,'' Panik said. ''I knew once he hit it was going to be in a no-man's land so I just put my head and went after it, give it everything you've got, fortunately the ball stayed in the glove.''

Giants starter Jeff Samardzija had lost all four of his previous starts and took the National League's worst ERA into Friday. He had a 3-0 lead and hadn't allowed a hit going into the fifth before serving up a two-run home run to Ryan Schimpf, who homered for a third straight day.

Schimpf was 1 for 28 before starting the homer streak Wednesday. His sixth home run cleared the 399-foot sign in center field, landing in AT&T Park's vegetable garden.

''I'm not thinking about it to be honest with you,'' Schimpf said. ''I had a rough stretch early on but I don't think you can go about chasing an average.''

Luis Perdomo allowed three runs (one earned) on six hits in six innings in his second start since coming off the disabled list with a shoulder injury.

Padres: RHP Jarred Cosart on Saturday will throw his second bullpen session since going on the disabled list with a hamstring injury earlier this month, manager Andy Green said. ''After we get past that, we'll make a plan for what we're going to do with him,'' Green said.

Giants: LHP Madison Bumgarner, who separated his left shoulder in a dirt-biking accident earlier this month, was diagnosed with a Grade 2 AC joint sprain and is expected to be out until after the All-Star break, the team said Friday. Bumgarner started rehab on Friday focused on improving his range of motion, Giants manager Bruce Bochy said. ... SS Brandon Crawford had an MRI for a groin injury before Friday's game. Crawford came off the bereavement list for the death of his sister-in-law on Friday and is expected be out another day or two. ... CF Denard Span underwent an MRI that ''came out clean'' and is ready to start baseball activities. Span is on the disabled list with a shoulder injury he suffered crashing into a wall in Colorado on April 22. ... 3B Aaron Hill, out with a right forearm strain, threw from 75 feet and took batting practice on Friday.