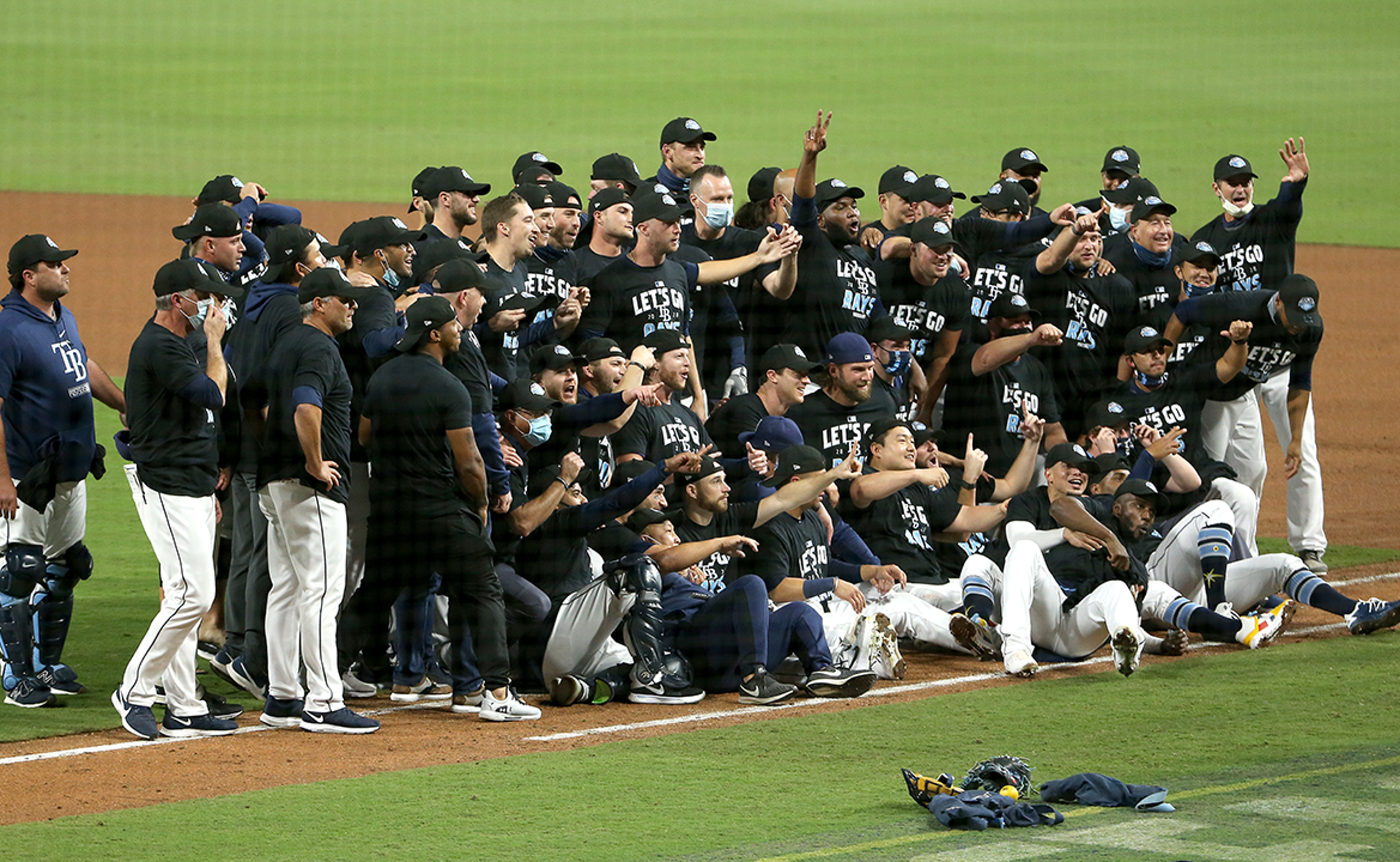 The final spot in the ALCS has finally been decided.

It was a slobberknocker for five games, but the Tampa Bay Rays are one step closer to the World Series after a 2-1 victory over the New York Yankees.

Here are the takeaways from Game 5 of this ALDS series.

With the game tied 1-1 in the bottom of the eighth inning and the series knotted at two games apiece, Mike Brosseau stepped up and delivered one of the biggest hits in Tampa Bay Rays franchise history.

Against the Yankees' best reliever, Aroldis Chapman, Brosseau came through to push the Rays into the ALCS and add to his own Cinderella story.

For Chapman, this is the second season in a row that he has allowed the Yankees' season to end on a home run he surrendered.

The Rays will get a day off in between tonight and Game 1 of the ALCS on Sunday, but this one is worthy of celebration.

The Yankees for the most part got a good return on their $300 million investment in Gerrit Cole in Game 5.

For the first time in his career Cole pitched on three days rest, and he delivered a mostly pristine outing in the biggest start of his Yankees career thus far.

In five innings of work, Cole struck out nine Rays batters while only allowing one hit and looking like his usual dominant self.

But the one hit he did allow proved to be costly in the end, allowing a solo home run to Austin Meadows in the fifth inning.

The home run tied the game at 1-1 and gave an otherwise lifeless Rays lineup a boost that would help carry them to a victory.

In three starts for the Yankees this postseason, Cole struck out 30 batters he faced, but this one home run might linger in his mind this winter.

The Rays will move on to the ALCS to face the reigning AL pennant winning Houston Astros.

The two teams enter having not played one another this entire season due to the schedule being truncated.

The Astros have now played in four straight ALCS while this is the Rays' first trip to this round since 2008.

For the Astros, it is a chance at redemption after their sign stealing scandal that left the franchise rocked last offseason.

For the Rays, it is a chance for them to get back to the World Series for the first time since 2008, and potentially win their first title.