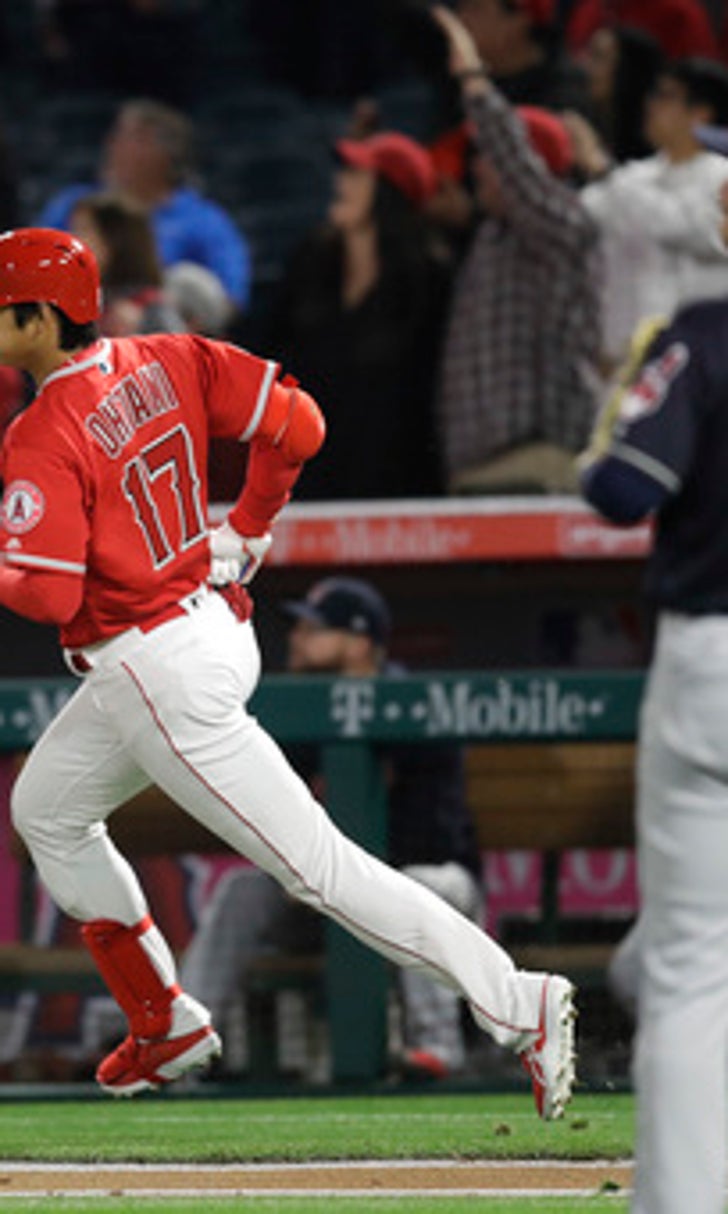 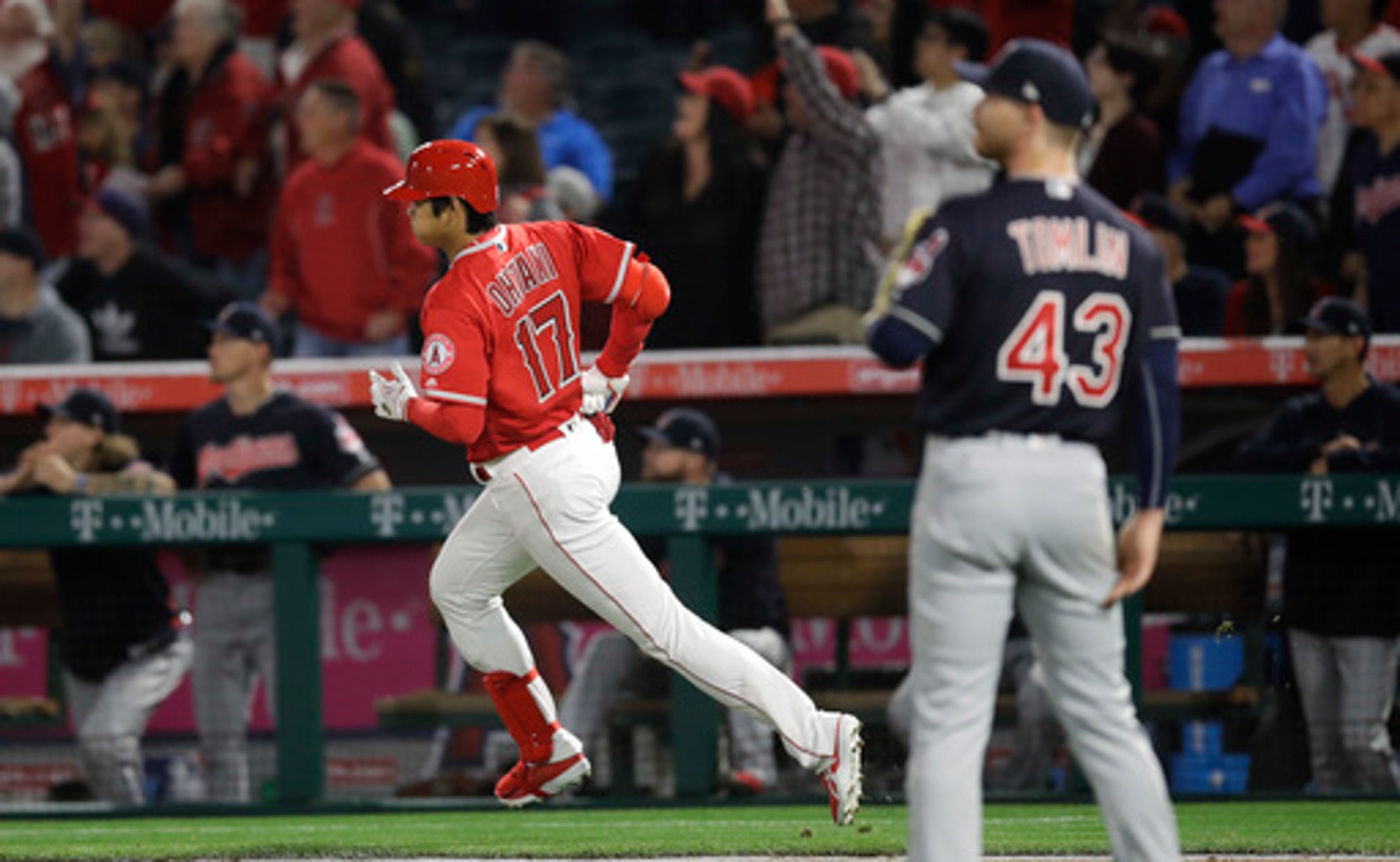 ANAHEIM, Calif. (AP) Sho Time is off to a powerful start in Anaheim.

Ohtani capped a six-run first inning by lifting a ball out to center on a 2-2 count against Josh Tomlin. The Japanese two-way player got the silent treatment from teammates when he returned to the dugout, but not from the crowd. After players broke character and jumped around Ohtani to celebrate, Mike Trout pointed to the field and instructed Ohtani to take a curtain call.

The hit was Ohtani's second in the majors - his first was in his first big league at-bat, at Oakland last Thursday. He also struck out the first batter he faced in his first start as a pitcher Sunday.

Ohtani is the first player to win as a starting pitcher, then start and homer as a non-pitcher in his next game in the same season since Babe Ruth in 1921, according to Fox Sports West.

The 23-year-old added two singles to end up with three hits, including a hard line drive in the eighth inning. Statcast measured the latter single at 112.8 mph, the hardest hit ball by an Angels player this season.

Ohtani will pitch against Oakland on Sunday in his first start at home.

Ohtani's shot would have been a grand slam, except Kole Calhoun had scored on a wild pitch earlier in the at-bat.