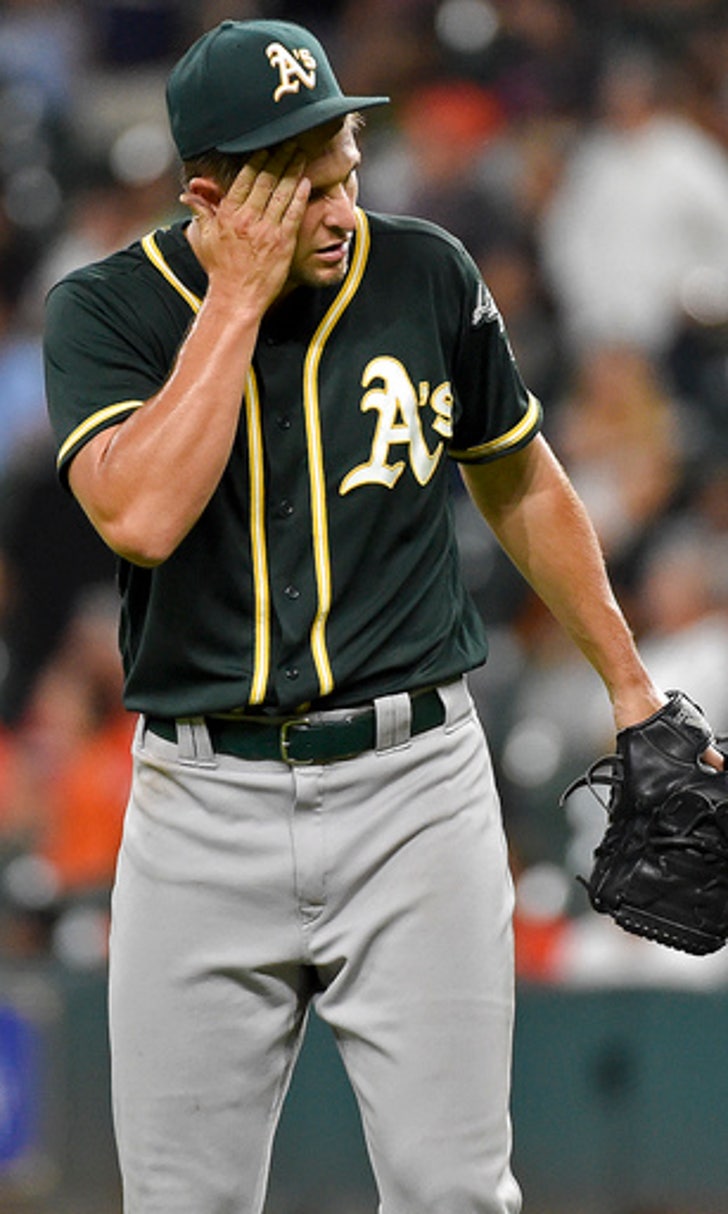 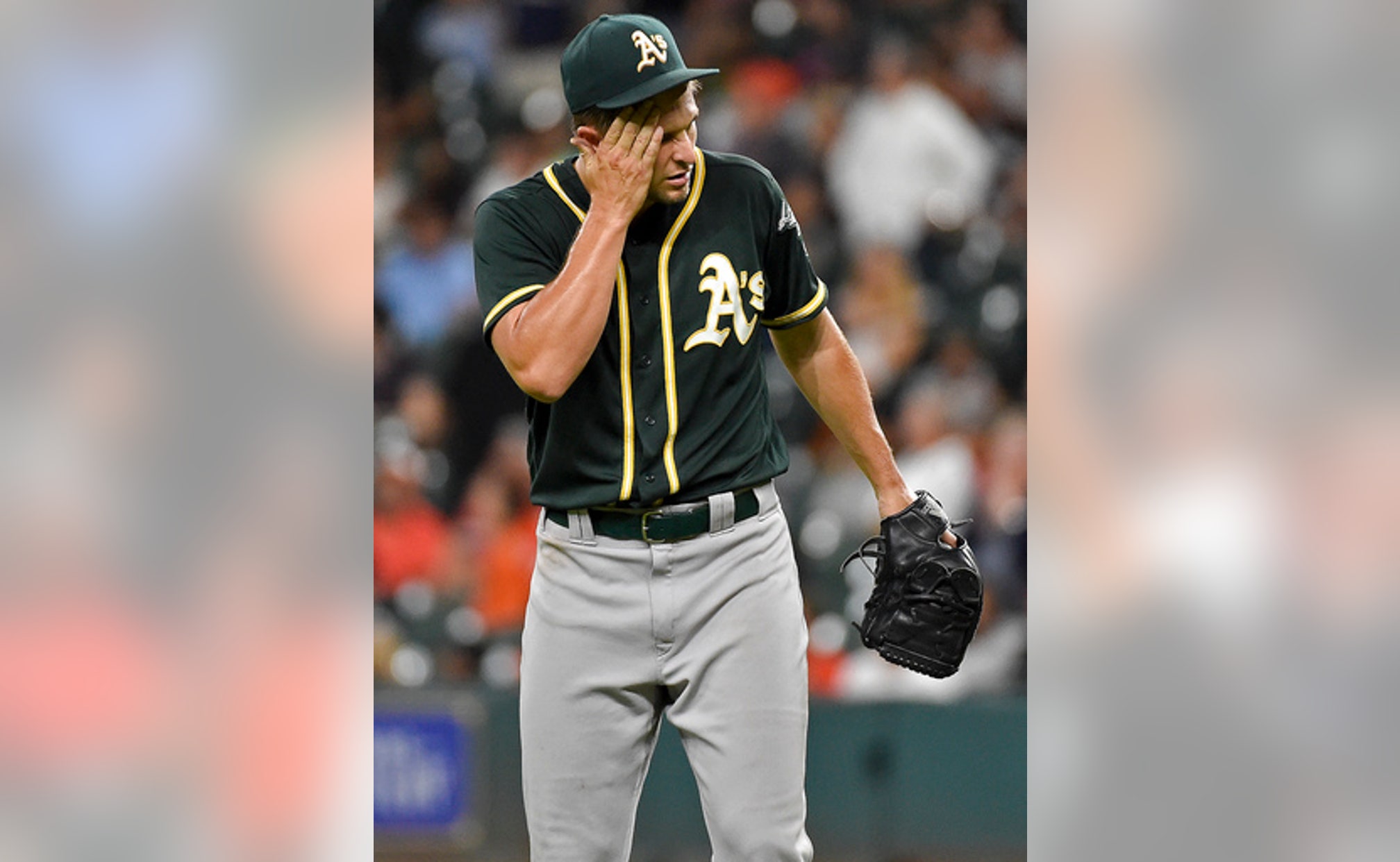 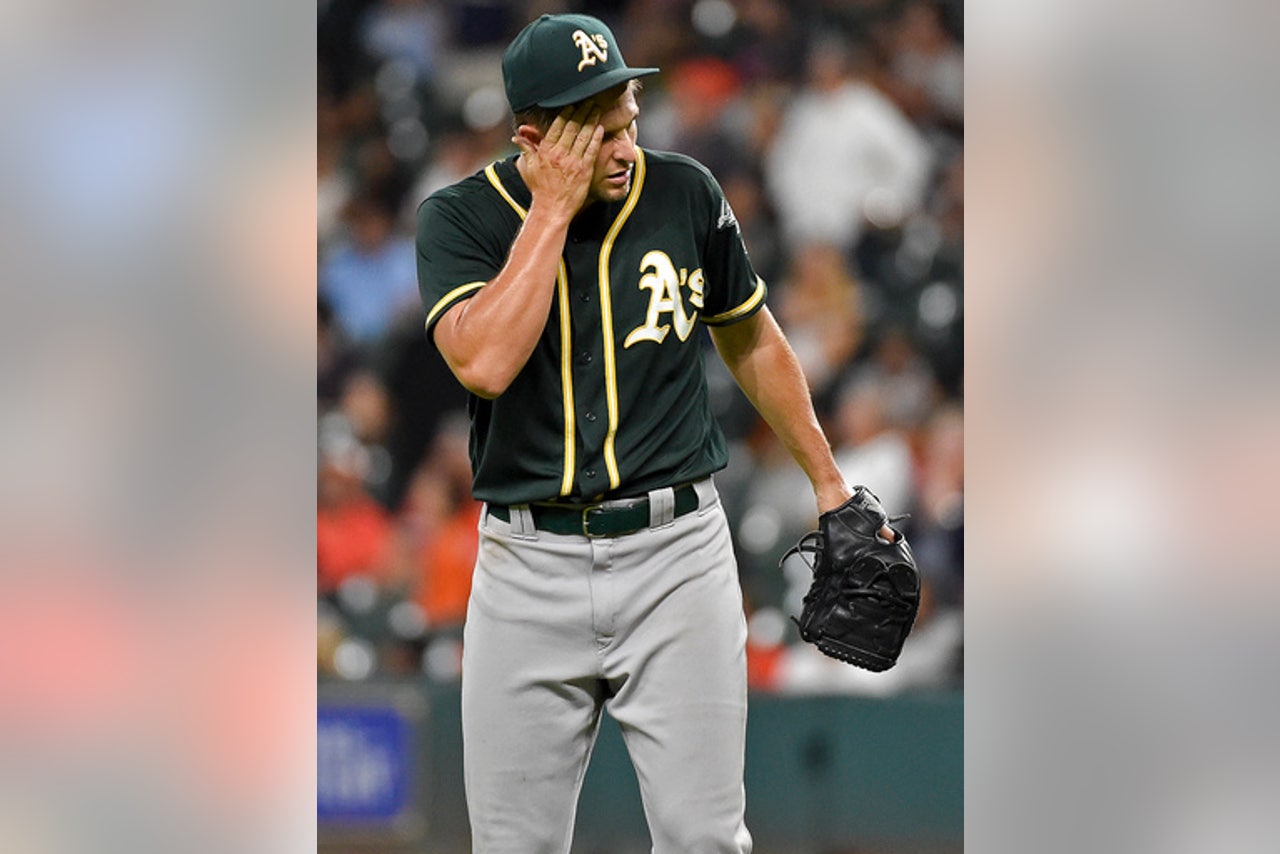 HOUSTON (AP) Colby Rasmus used his bat and his arm to make a big difference in his return to the lineup Tuesday night.

Rasmus put Houston up 1-0 with a homer in the second inning in his first at-bat since returning from the 15-day disabled list.

''It's about as good a feeling as you can have being a baseball player,'' Rasmus said. ''I was just glad to be able to get out there and contribute and do some good for the team in a time where we needed a little spark.''

Rasmus went on the DL on Aug. 5 with a cyst in his right ear. He has a scar behind his upper right ear.

''We all said welcome back to him,'' Houston manager A.J. Hinch said. ''That was a nice way to get back on the active club. That's exactly why you want him in the lineup.''

In the second, Oakland put runners on the corners with one out, but Rasmus caught Max Muncy's flyout and threw home in time to get Ryon Healy and end the inning.

''That was a really big hit tonight for the team, but also for him to be able jump back in and pick up right where he left off was huge,'' McHugh said. ''Hats off to him. Then he made that great play in the field. I think he made that either right before or right after that, so that was in my opinion, the play of the game. It was his game.''

Gattis hit a solo homer in the seventh to make it 3-0.

McHugh (9-10) allowed four hits and struck out five. He had allowed at least three runs in each of his previous six starts.

''It feels good to have a good outing to help the team,'' McHugh said. ''Especially in a game where their guy was throwing good, too. It was a tight game. Our guys put us on the board early, and to be able to hold steady was huge.''

Alex Bregman had an RBI single in the third for Houston.

Will Harris threw a perfect seventh, and Luke Gregerson allowed an unearned run in the eighth before Ken Giles pitched the ninth for his sixth save.

Marcus Semien cut the lead to 3-1 with an RBI groundout to short in the eighth.

''He was great,'' Oakland manager Bob Melvin said. ''Up until the second home run, they hit three balls hard the whole game off of him. We just didn't do enough offensively to give him support. We'll take that stuff every night.''

Oakland is nearing a deal to trade outfielder Coco Crisp to the Cleveland Indians, according to a person familiar with the trade. The exchange has been agreed to by both teams, said the person who spoke to The Associated Press on condition of anonymity because the trade has to be approved by Major League Baseball.

The trade would have to be official by Wednesday for Crisp to be eligible for the postseason.

Astros: The Astros optioned RHP Brad Peacock to Triple-A Fresno to make room on the roster for Rasmus.

Athletics: LHP Ross Detwiler (1-3, 5.74) takes the mound Wednesday in the finale of the three-game series. Detwiler has allowed 14 runs in his last three starts, covering 14 innings.

What You Need to Know: World Series
It all comes down to this. From the schedule to the odds, each team's X-factor and more, get ready for the Fall Classic.
8 hours ago

The Battle For Titletown USA
Both have won titles already this year. Now, L.A. and Tampa Bay vie for ownership of the sports world, Martin Rogers writes.
20 hours ago

Why the Rays will shine through
The Dodgers have countless advantages, but FOX Sports analyst Ben Verlander offers five reasons why he's picking the Rays.
23 hours ago