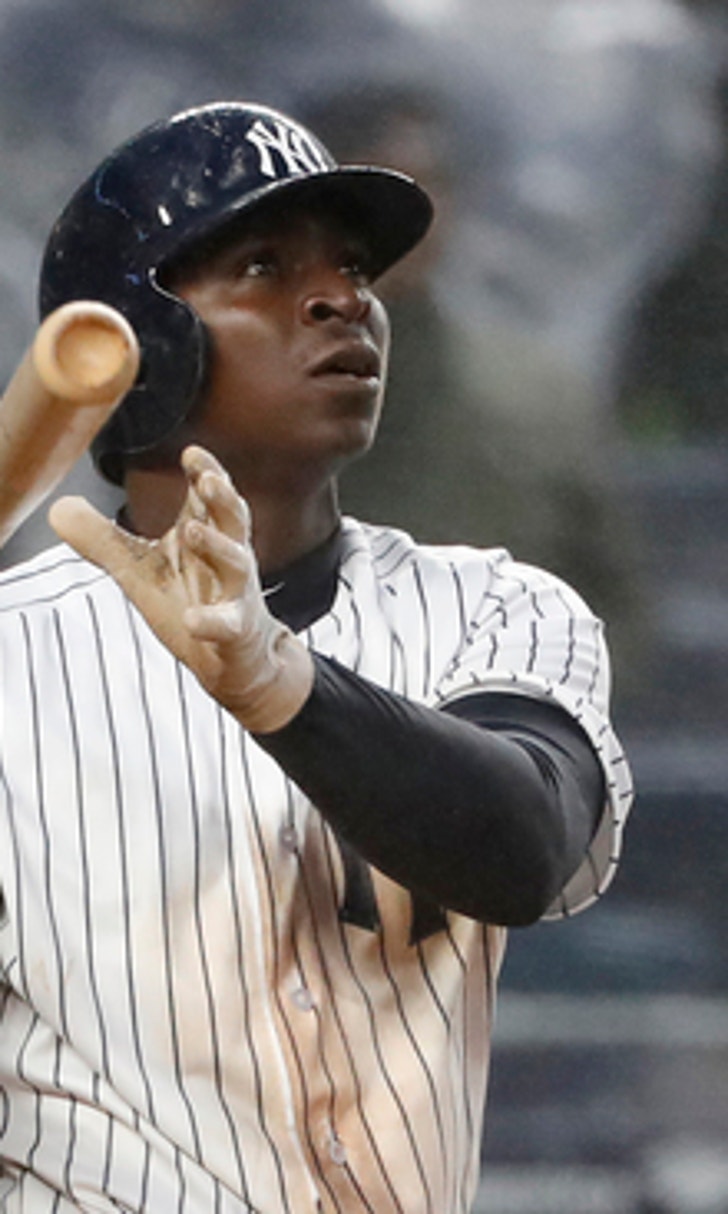 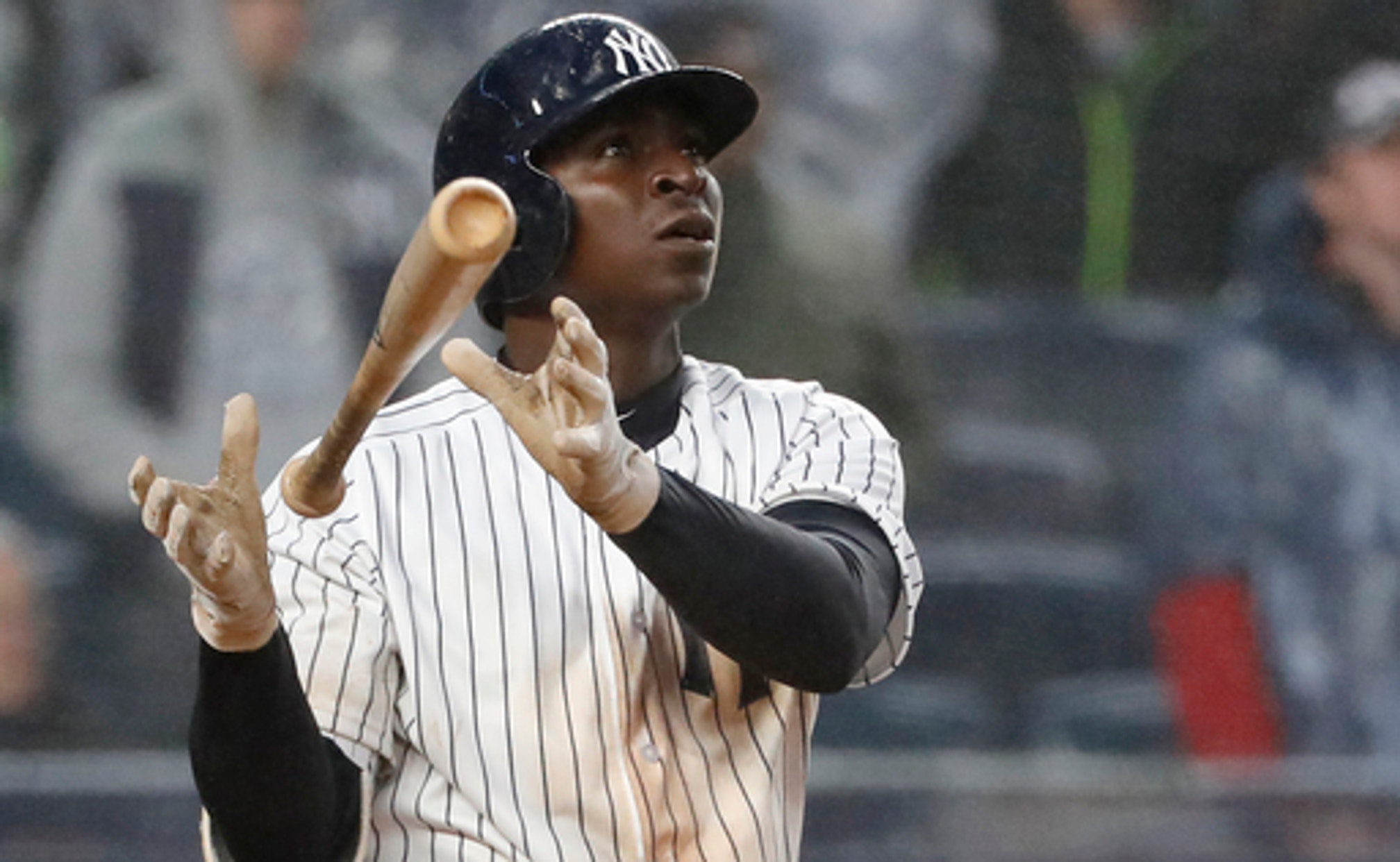 NEW YORK (AP) A big bopper powered the New York Yankees to victory in their most anticipated home opener in years - Didi Gregorius, not Giancarlo Stanton or Aaron Judge.

When the Yankees agreed to acquire Stanton from Miami on Dec. 9, Gregorius playfully tweeted : ''Hey Skip am i still batting 4th ???''

Gregorius hit a pair of three-run homers and had a career-high eight RBIs, helping New York overcame five strikeouts by Stanton in his first game in pinstripes. In Aaron Boone's chilly first home opener as manager, the Yankees broke a seventh-inning tie and romped over the Tampa Bay Rays 11-4 on Tuesday.

''That's what a cleanup hitter does: You clean up the garbage in front of you,'' Stanton said.

''I think everyone around the game understands what a good player he is and what a big-time money player he's become,'' Boone said.

Stanton starred in last Thursday's opening win at Toronto, homering twice. But he struck out three times against Chris Archer and once each when facing Austin Pruitt (1-1) and Sergio Romo. Stanton was booed in the eighth inning after the first five-strikeout game of his 11-season professional career.

''I was awful today,'' he said. ''You put up a performance like that, you should get some boos.''

Gregorius was asked to think back to April 2015, when he hit .206 in his first month with the Yankees and made several errors and baserunning blunders in his first month. Fans taunted him by chanting Jeter's name.

''The reason why they boo you, because they want you to do good. It's not because they hate you,'' Gregorius said. ''It's a bad day today, but tomorrow if he gets five home runs, everybody's going to forget about it.''

Gregorius doubled and scored in the second, and his first homer put the Yankees ahead 4-1 in the third.

After New York's bullpen wasted a three-run lead for the second straight game, Gregorius drove an 0-2 pitch from Pruitt into the second deck in right in a four-run seventh. He blooped an opposite-field, broken-bat, two-run single to left in a three-run eighth.

Fans rewarded Gregorius with a pair of curtain calls - he said they were his first in New York - after his second career multihomer game.

''Judge was telling me to go out there,'' Gregorius said.

New York improved to 3-2 under Boone, who took over when Joe Girardi was fired after a decade in charge.

''I like when the big boy doesn't get any and we're able to score 11, because there's going to be a lot of days when we hop on his back,'' Boone said.

Tampa Bay has lost four straight since beating Boston in its opener.

A day after New York's home opener was postponed because of 5 1/2 inches of snow, the game started slightly late at 4:19 p.m. in a light, steady rain and with a 40-degree temperature. The stands were half-full despite an announced crowd of 46,776, and the Yankees called off the pregame introductions that Boone had been looking forward to.

Tommy Kahnle (1-0) won despite allowing a tying, two-run double to pinch-hitter Denard Span on an 0-2 pitch with two outs in a three-run sixth. The Yankees regained the lead just before Gregorius' homer when Tyler Austin scored from second as Brett Gardner sacrificed and third baseman Matt Duffy threw wildly past first , where second baseman Brad Miller tried to make a backhand pickup.

New York won its last 11 home openers at old Yankee Stadium but is just 6-4 at the new ballpark.

Carlos Gomez robbed Tyler Wade of a home run with a leaping catch that ended the sixth.

New York acquired outfielder Trayce Thompson off waivers from the Los Angeles Dodgers and made room for him by transferring right-hander Ben Heller to the 60-day DL.

This was Yankee Stadium's first game since the installation of expanded netting that extends five sections past the dugout down each foul line, a move made after several fans were hurt by foul balls last year.

Yankees: OF Jacoby Ellsbury hurt a hip in his comeback from an oblique injury, a setback that means OF Aaron Hicks (strained ribcage) is likely to return from the disabled list first. Hicks is eligible to be activated April 9.

Who grabs control in Game 5?
What will the Dodgers and Rays do for an encore after Saturday's wild finish? Our Super 6 preview examines the key questions.
1 hour ago

Plot twist turns up heat on Kershaw
Clayton Kershaw could have been pitching the clincher. Instead, he will be trying to save the Dodgers, writes Martin Rogers.
3 hours ago

Rays Beat Dodgers In Instant Classic
What just happened?! We're glad you asked. Here's everything that went down in a spectacular, thrilling World Series Game 4.
15 hours ago

World Series Top Plays: Game 4
The Rays stunned the Dodgers in a game for the ages. Here are the top plays from Game 4.
16 hours ago

Social Media Reacts To Rays' Epic Win
Game 4 of the World Series will go down as one of the wildest in baseball history. Here's how the sports world reacted.
16 hours ago
those were the latest stories
Want to see more?
View All Stories
Fox Sports™ and © 2020 Fox Media LLC and Fox Sports Interactive Media, LLC. All rights reserved. Use of this website (including any and all parts and components) constitutes your acceptance of these Terms of Use and Updated Privacy Policy. Advertising Choices. Do Not Sell my Personal Info