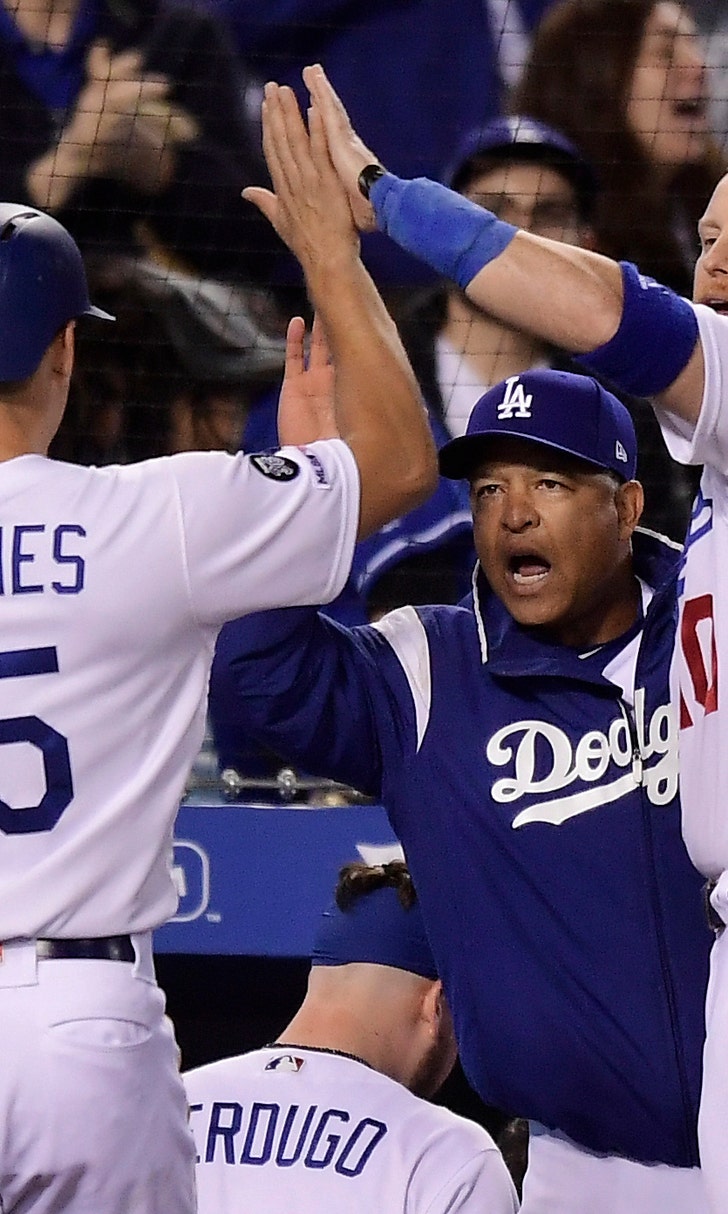 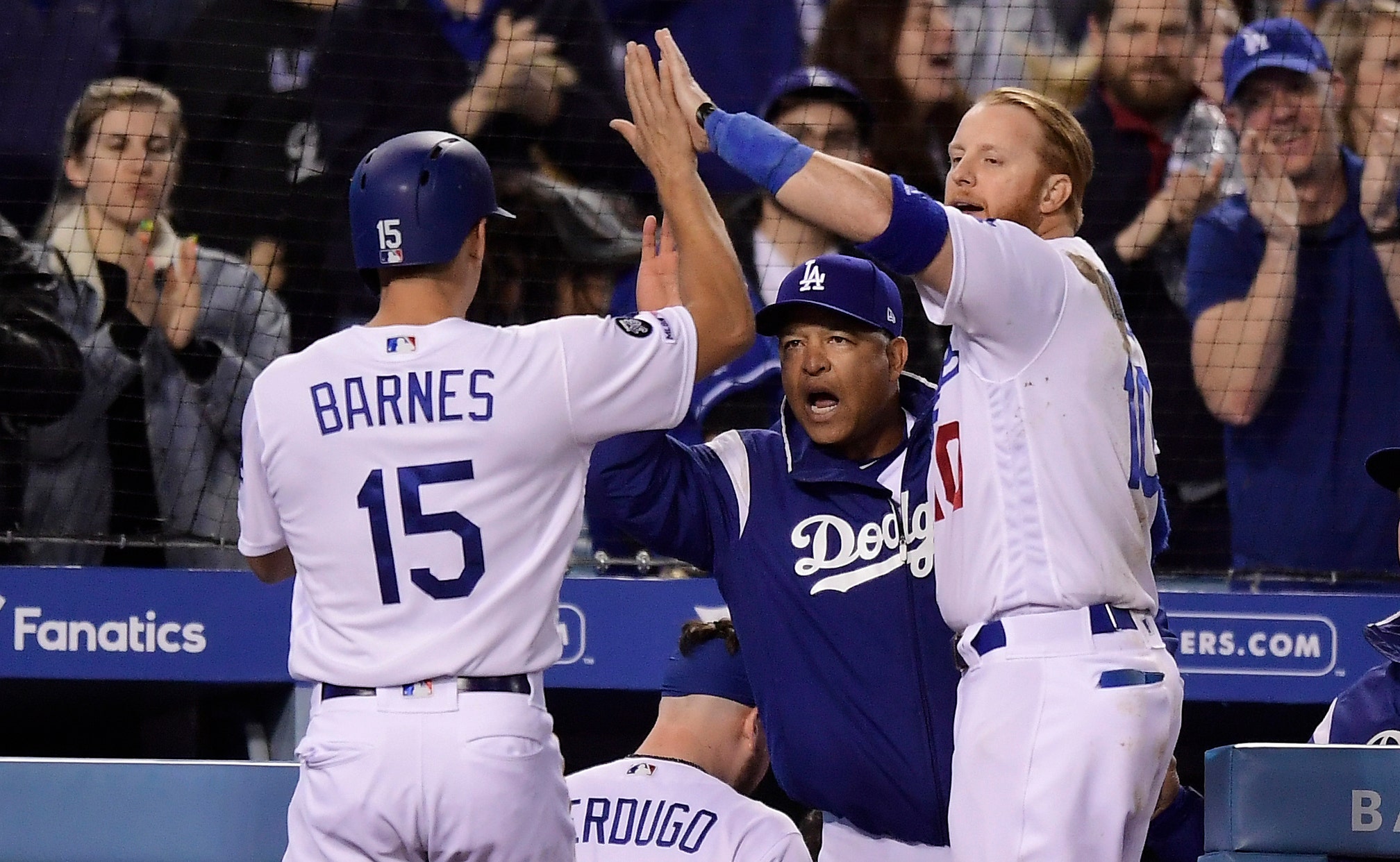 Freese, Dodgers rally in 7th for 5-3 victory over Giants

LOS ANGELES (AP) — The Los Angeles Dodgers capped a successful homestand Wednesday night by doing something they haven't had to do often the first week of the season: rally to win.

The Dodgers trailed the San Francisco Giants 3-2 going into the seventh inning, but David Freese's two-run double supplied the go-ahead runs as the Dodgers came back for a 5-3 victory.

The Dodgers won five of seven on their homestand, and took both games during which they trailed after six innings.

"Offense and starting pitching has been great. We're excited to keep the momentum going and we're happy where we're at," said Cody Bellinger, who has hit safely in all seven games and leads the team in home runs (five) and RBIs (13).

Bellinger and Enrique Hernandez each had two hits and drove in a run. Hernandez's home run in the first gave the Dodgers a homer in their first seven games, a team record to start the season. They lead the majors with 18 home runs, and 30 of their 71 hits have gone for extra bases.

"We've hit a lot of homers, but it is a byproduct of us using the big part of the field," Dodgers manager Dave Roberts said. "A lot of the homers we hit have been breaking balls in the strike zone because we're looking at staying on the fastball. In years past, we've been exposed to the breaking ball."

Austin Barnes led off the Dodgers seventh with a double and Hernandez walked with one out. After Justin Turner flied out, Freese hit a 2-2 fastball from Reyes Moronta (0-1) off the wall in right-center field for a 4-3 lead. They added a run in the eighth when Bellinger scored on Chris Taylor's double.

Scott Alexander (1-0) got the win in relief, and Kenley Jansen got his third save.

The Giants' bullpen came into the game with the NL's best ERA (1.50). The three earned runs they allowed in four innings matched how many they had given up in 18 innings in the previous six games.

"We have a good bullpen and that got away from us," Giants manager Bruce Bochy said. "We had that nice inning, but besides that we didn't do much offensively."

Dodgers starter Ross Stripling allowed three earned runs and six hits in 6 1/3 innings. The right-hander faced the minimum and allowed only one hit through three innings before running into trouble in the fourth, when he allowed two home runs and three runs.

Brandon Belt and Steve Duggar homered for San Francisco and combined to go 9 for 25 with three home runs and six RBIs in the three-game series. The Giants have dropped both series to start the season and are 2-5.

The Dodgers got to Derek Holland for two runs in the first. Hernandez hit his fifth career leadoff home run, and Freese walked and later scored on Bellinger's two-out single.

The Giants rallied with three in the fourth on home runs by Duggar and Belt.

PICKING UP FROM LAST YEAR

"He's earning every opportunity," Roberts said. "The at-bat quality is good. I think he is continuing to gain confidence."

Giants: Are off on Thursday before their home opener on Friday against Tampa Bay. Right-hander Dereck Rodríguez (1-0, 3.60) gets the starting assignment.

Dodgers: Are on the road for the next seven games, starting Friday in Colorado with right-hander Kenta Maeda (1-0, 4.05).