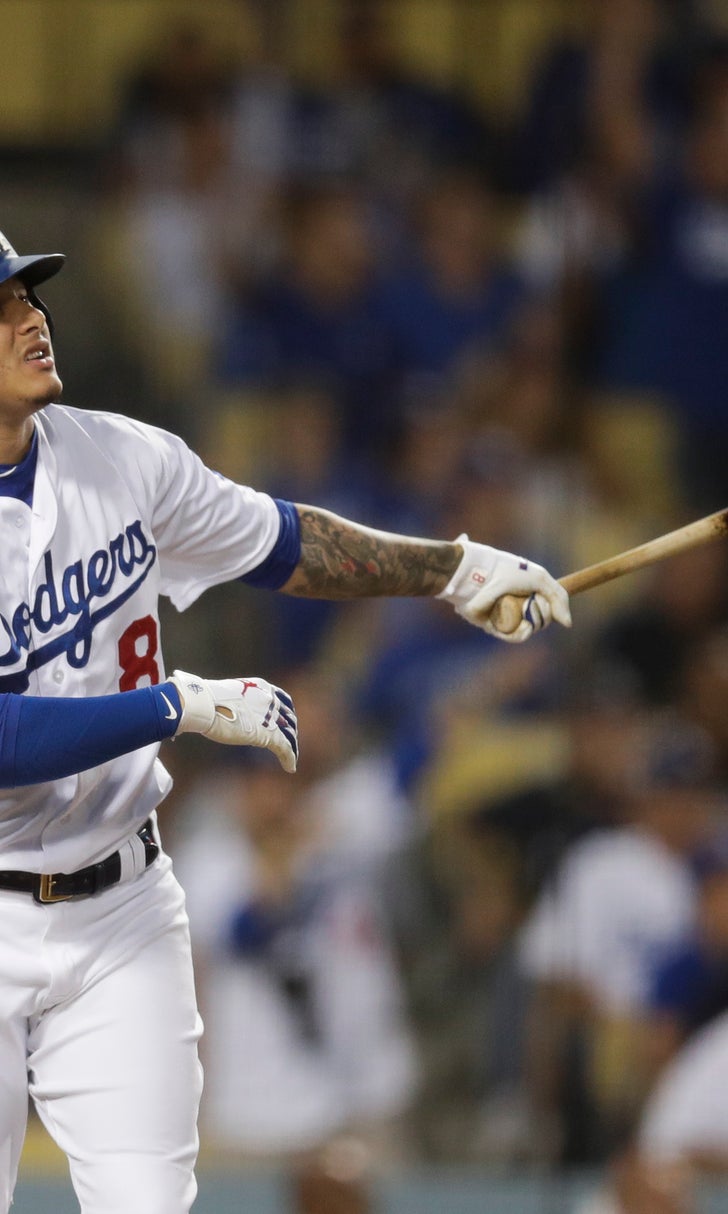 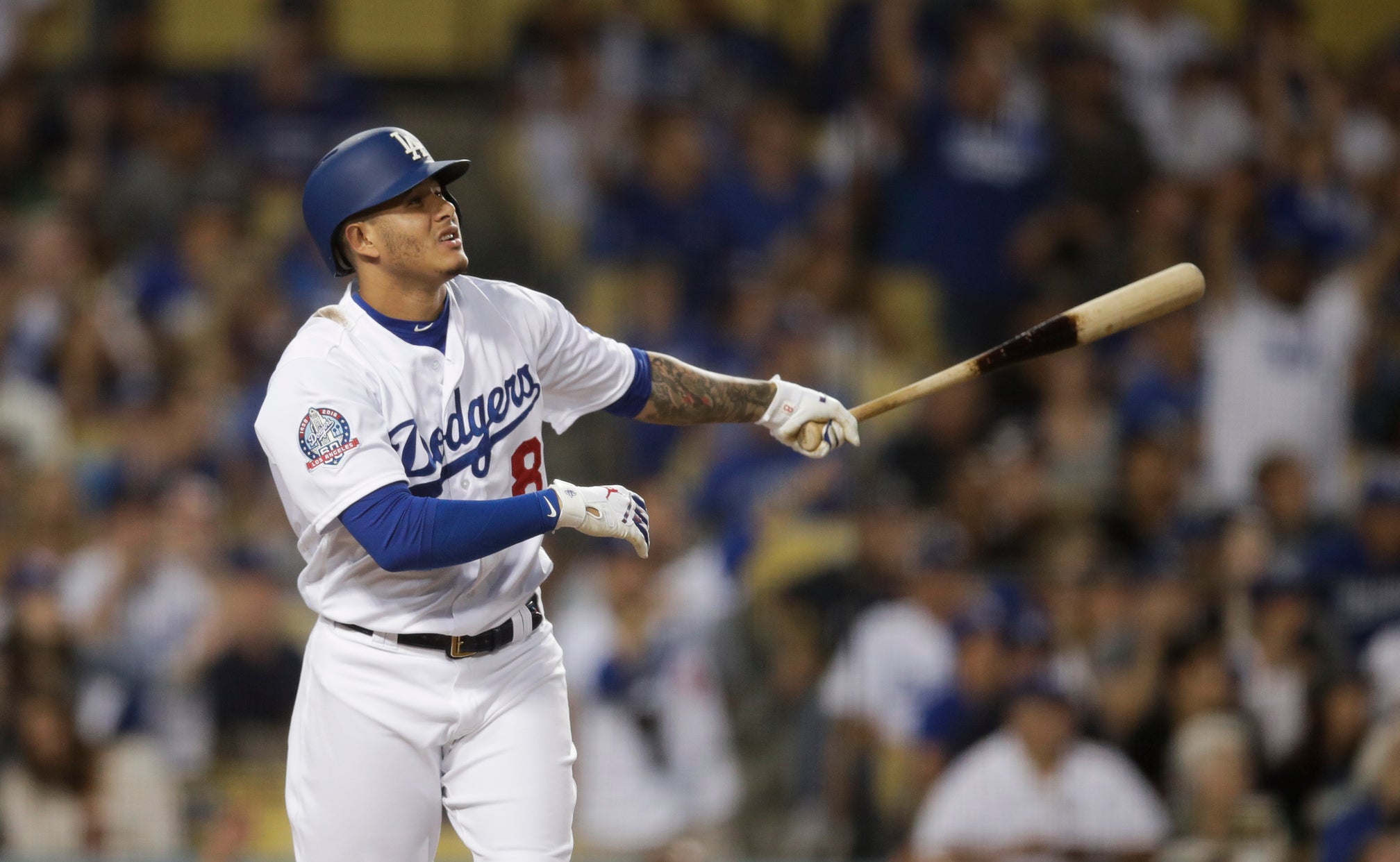 LOS ANGELES (AP) — Manny Machado caught his wife's first pitch before the game and hit a three-run homer to notch the first 100 RBI season of his career.

"It can't get any better than this," Machado said.

Except maybe reaching the World Series and winning.

The Dodgers' 7-2 victory over the San Diego Padres kept their NL West lead at 1 ½ games over Colorado, which won 5-1 at Arizona.

Machado had been eager for a memorable moment since being traded to the Dodgers on July 18 from Baltimore.

He borrowed a page from a popular script: homering on his bobblehead night.

"We fed off that," manager Dave Roberts said. "He's trying like heck and he wants that signature moment. Hopefully tonight alleviated some of the pressure for him."

Machado's homer was one of three by the Dodgers in the game, giving them a National League-leading 222 on the season and breaking the club record of 221 set last year.

"We have great hitters here," Machado said. "We're all confident. We know the team we have."

Rich Hill became the Dodgers' first 10-game winner, allowing one run and four hits in seven innings. The left-hander struck out seven and walked none.

"I think she's got the best (arm) in the family," Machado said.

Then reminiscent of Manny Ramirez (2009) and Yasiel Puig (2015) homering on their bobblehead nights, Machado launched his 36th long ball of the season to right-center on the first pitch from rookie Jacob Nix (2-4). Machado had 24 homers with Baltimore before being traded on July 18.

The Dodgers batted around in the third, when Justin Turner doubled down the left-field line to drive in a pair of runs. Machado's shot scored Turner and Max Muncy, who was hit by Nix, giving the Dodgers a 6-0 lead.

Yasmani Grandal hit his 24th homer off Brad Wieck in the sixth and Joc Pederson went deep in the first for his seventh leadoff homer of the season.

The Dodgers' bullpen struggled in the ninth.

After getting a quick out, Yimi Garcia allowed a double to Austin Hedges. Tony Cingrani came on and hit Eric Hosmer before giving up a single to Wil Myers that loaded the bases. Manuel Margot followed with an RBI single.

That forced Roberts to bring in closer Kenley Jansen, who struck out the final two batters to earn his 37th save.

"I didn't expect to use him," Roberts said.

Nix gave up a career-high-tying six runs and six hits in 2 1/3 innings. He struck out two and walked none.

Hall of Fame manager Tom Lasorda turned 91 on Saturday, and the sellout crowd of 53,536 cheered him when he was shown on the videoboard. He's in his record 69th season with the Dodgers, the longest tenure anyone has had with the franchise in Brooklyn and Los Angeles. Lasorda led the club to World Series titles in 1981 and '88.

A man ran onto the field from the third-base side in the middle of the eighth inning. He reached center field, where he was quickly tackled by about nine security personnel. They removed him through the center field gate.

LHP Joey Lucchesi (8-8, 3.74 ERA) goes for the Padres in the series finale. The third straight rookie to start in the series, Lucchesi is 0-2 with a 5.00 ERA in two starts against LA. LHP Hyun-Jin Ryu (5-3, 2.18) starts the Dodgers' last home game before they end the regular season on the road. Ryu has given up three earned runs in 11 2/3 innings of two starts against the Padres.