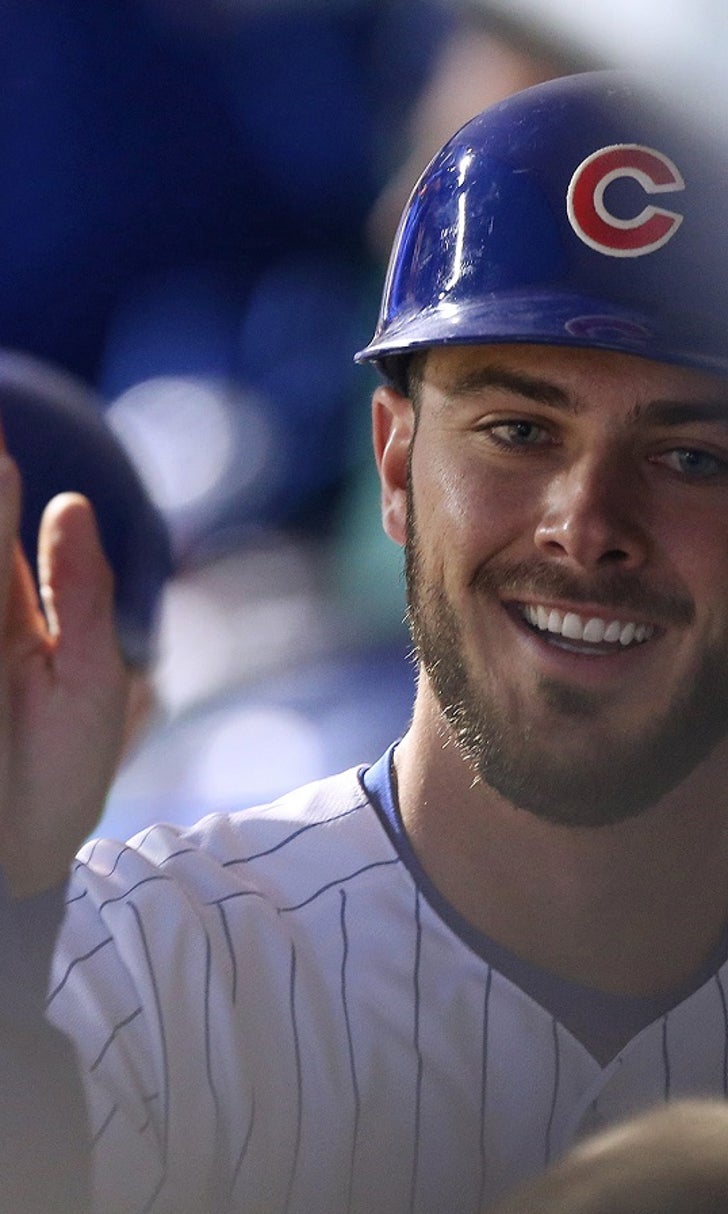 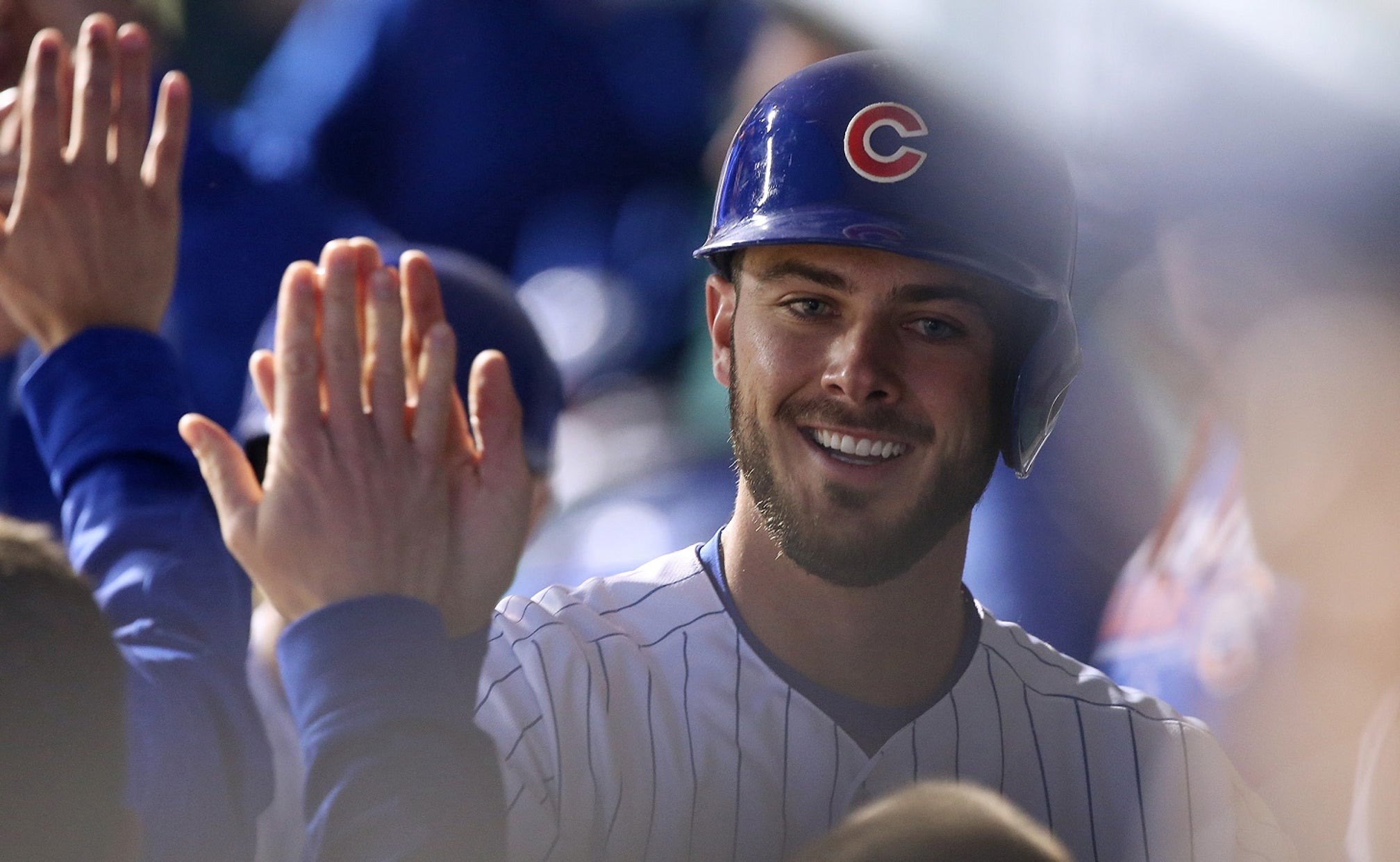 previous story
Stars bounce back with Game 4 overtime win to even series
next story
Heat rally in Game 2, but fall to Raptors in overtime 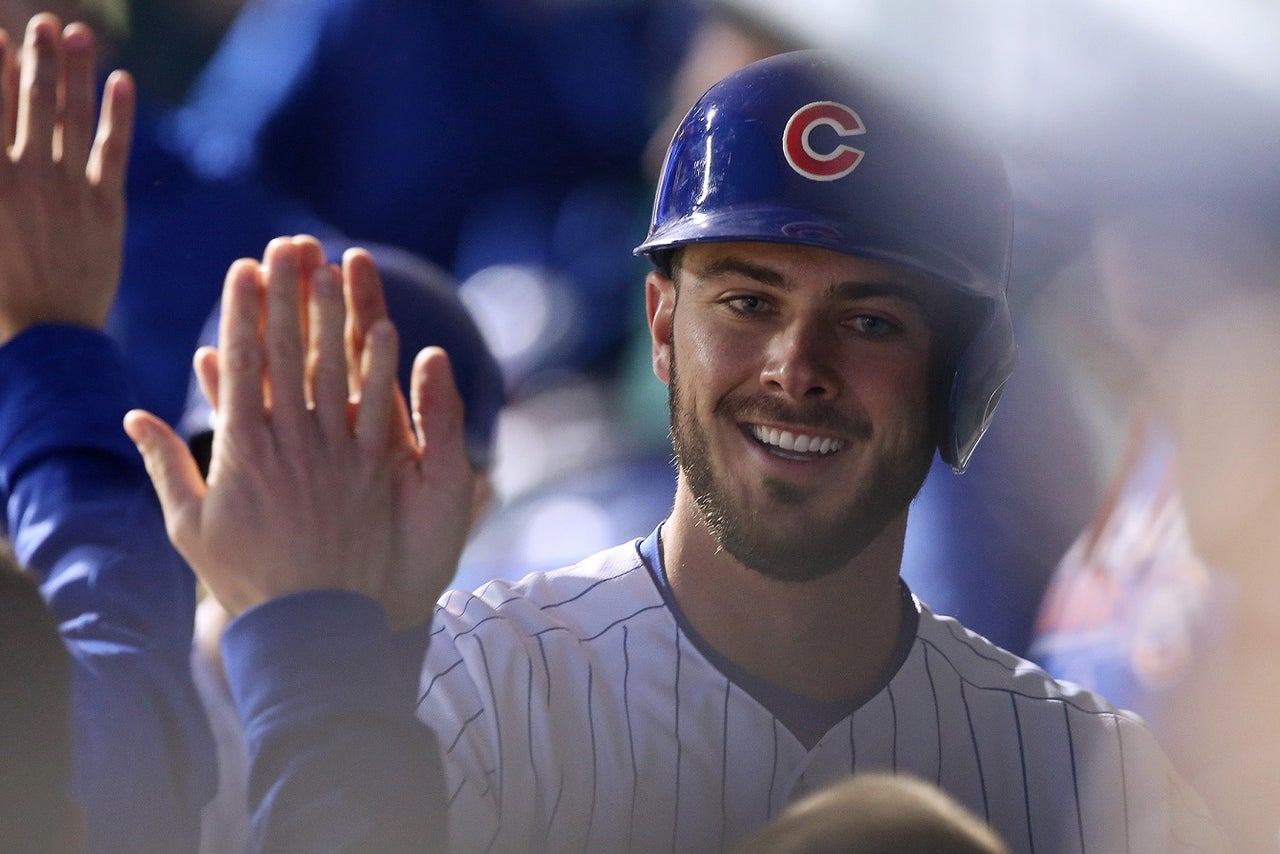 CHICAGO -- Ben Zobrist had a piece of confetti stuck to his back as he stood in front of his locker, and there were a few more in the hallway outside of the lavish home clubhouse.

Welcome to Wrigley Field, where maintaining the supplies for the celebration room is one of Chicago's biggest concerns these days.

Kyle Hendricks pitched six scoreless innings, Zobrist drove in four runs and the Cubs beat the Washington Nationals 5-2 on Thursday in the opener of a four-game series between two of baseball's hottest teams.

"This is a really good team, and we play good baseball," Zobrist said, "and tonight was another good example of that."

Hendricks (2-2) allowed two hits, struck out four and walked two as Chicago began a 10-game homestand with its fourth consecutive win and eighth in nine games. Zobrist hit a two-run single in the fourth and a two-run homer in the eighth, helping the Cubs improve their major league-best record to 21-6 for their best start since they were 23-4 in 1907.

"It's pretty fun, I can tell you that," Hendricks said.

Reigning NL MVP Bryce Harper singled and walked twice against Hendricks, but the right-hander shut down the rest of Washington's lineup. Michael Taylor was stranded at second after a two-out double in the third for the Nationals' first hit.

Jayson Werth hit a long two-run homer in the ninth for Washington, which had won five of six, including a 13-2 victory at World Series champion Kansas City on Wednesday. Even with the loss, the Nationals have baseball's second-best record at 19-9.

"The worst overall game we've played in a while, but we were still in the ballgame," manager Dusty Baker said.

Joe Ross (3-1) matched Hendricks for much of the chilly night, striking out nine in 6 2/3 innings. The 22-year-old right-hander allowed five hits and walked two.

One rough stretch was enough to send Ross to his first loss since Aug. 16 at San Francisco.

Rizzo was thrown out trying to advance to third on Zobrist's hit, and Ross retired the next two hitters to get out of the inning. But the damage was done.

"I wish I could go back to the fourth and start over," Ross said.

Zobrist connected for his third homer and Addison Russell added an RBI double in the eighth, providing some valuable breathing room. After Werth went deep against Travis Wood with two down, Hector Rondon retired Wilson Ramos on a liner to first for the final out.

Cubs outfielder Jason Heyward tested his sore right wrist in batting practice and was planning to return to the lineup on Friday if he felt OK. But he ended up playing center in the series opener after Dexter Fowler was ejected for arguing with home plate umpire Vic Carpazza after he struck out looking to end the third.

Heyward, who signed a $184 million, eight-year contract with Chicago during free agency, went 0 for 2 with a strikeout.

"I watched him in batting practice," Maddon said. "He was fine. It's one of those things when you say you're good enough or well that you always try to wait another day to actually put the guy in there."

Nationals: OF Ben Revere, who is on the disabled list with a right oblique strain, rejoined the team and could be activated soon. "I'd rather wait an extra day, especially because I've seen too many guys say I'm ready and they come back and they do it again," Baker said. "Hopefully he doesn't injure himself again the rest of the year."

Cubs: C Miguel Montero, on the DL with lower back tightness, hit before the game and Maddon said trainer P.J. Mainville was encouraged with his progress.