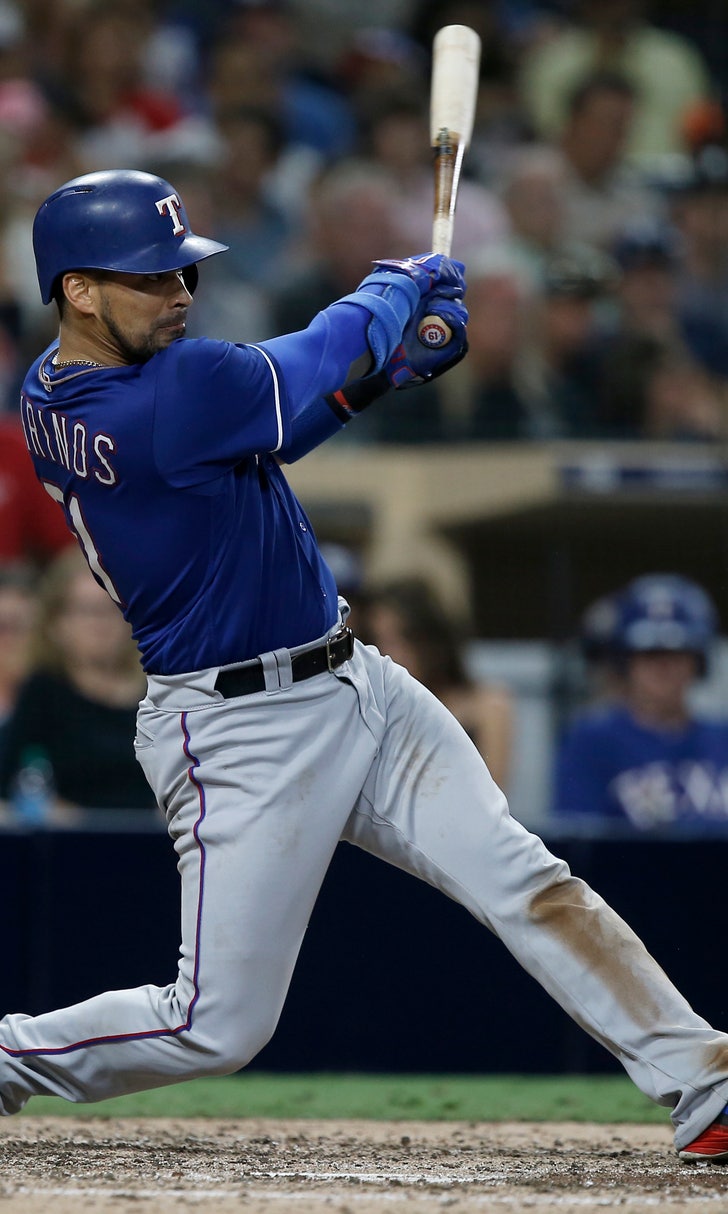 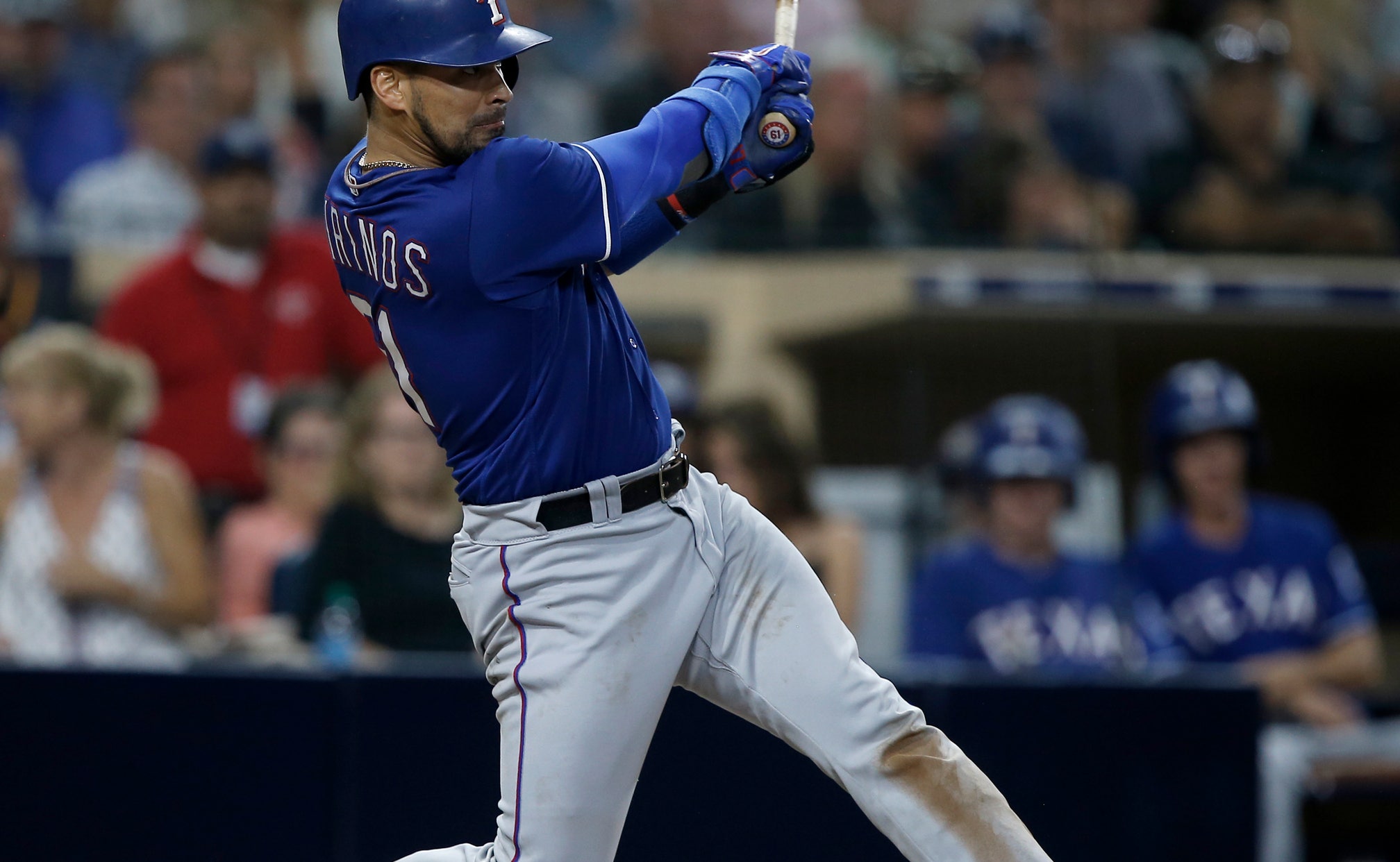 SAN DIEGO (AP) — Robinson Chirinos and the Rangers broke through in the sixth inning, and the bullpen made that lead stand on a long work night for Texas' relievers.

Chirinos hit a three-run double and Isiah Kiner-Falefa followed with a pinch-hit RBI double during a five-run sixth inning to help the Rangers beat the San Diego Padres 6-3 on Saturday night.

"That was a big two-out double by Robinson and then Isiah's double put the distance between us where we could use our bullpen" manager Jeff Banister said.

San Diego led 3-1 prior to the big inning. The Padres fell to 59-90, losing 90 games for the third straight season.

The Rangers sent 10 to the plate in the sixth mostly against the bullpen after a solid five-inning start by Eric Lauer. The left-hander was charged with two runs, including one in the sixth after allowing Elvis Andrus' leadoff single.

"It was just one of those days where (Castillo) wasn't sharp," Padres manager Andy Green said.

The Rangers had a reliever open the game for the second straight night, with left-hander Alex Claudio getting the nod. Claudio gave way to Ariel Jurado after an inning. Things didn't immediately go as well as the previous game, when four Rangers blanked the Padres.

Eric Hosmer hit a three-run homer off Jurado (3-5) for a 3-1 lead in the third. Hosmer smacked the outside pitch the opposite way off the second deck of the Western Metal Building in left field. Before Hosmer's 17th homer and fourth in seven games, Wil Myers walked and Franmil Reyes singled.

"That was hit like a right-handed pull hitter," Green said. "It's really impressive."

Added Banister: "That was supposed to be up and in to Hosmer and it rode back over the plate. But that was really the only blemish on the scorecard for (Jurado)."

The Padres didn't score again against Jurado as he went four innings and surrendered six hits and two walks with three strikeouts. It was the third consecutive outing that a reliever pitched before Jurado, and for the first time, the rookie right-hander earned a victory.

"He struggled with his slider tonight, but he was able to get a feel for his changeup," Banister said.

After Jurado exited, Martin Perez worked two innings, with Connor Sadzeck and Jose Leclerc each pitching a frame. Leclerc got his 11th save and extended his scoreless-inning streak to 18.

Joey Gallo hit his team-high 39th home run for Texas and his third on the road trip for a 1-0 lead in the first.

HOPE THEY KEPT THE BALL

Padres shortstop Javy Guerra recorded his first major league hit in the third inning, but it wasn't made official until about two hours later. Shortstop Andrus originally drew an error on the grounder, but it was changed to an infield hit.

Padres catcher Austin Hedges had his mask on and his glove at the ready, while sitting on the bench in the eighth inning. Moments before he donned his gear, Francisco Mejia scorched a line drive into the Padres dugout, nearly taking out Myers and Hedges.

Rangers LHP Mike Minor (12-7, 4.19) gets the start as Texas wraps its nine-game road trip. Minor has gone 3-1 in his last four starts while pitching to a 1.96 ERA. The last time he faced the Padres, Minor took a perfect game into the seventh inning before Hosmer's single. Padres RHP Jacob Nix (2-3, 6.00) makes his first start against the Rangers and the seventh of his career.