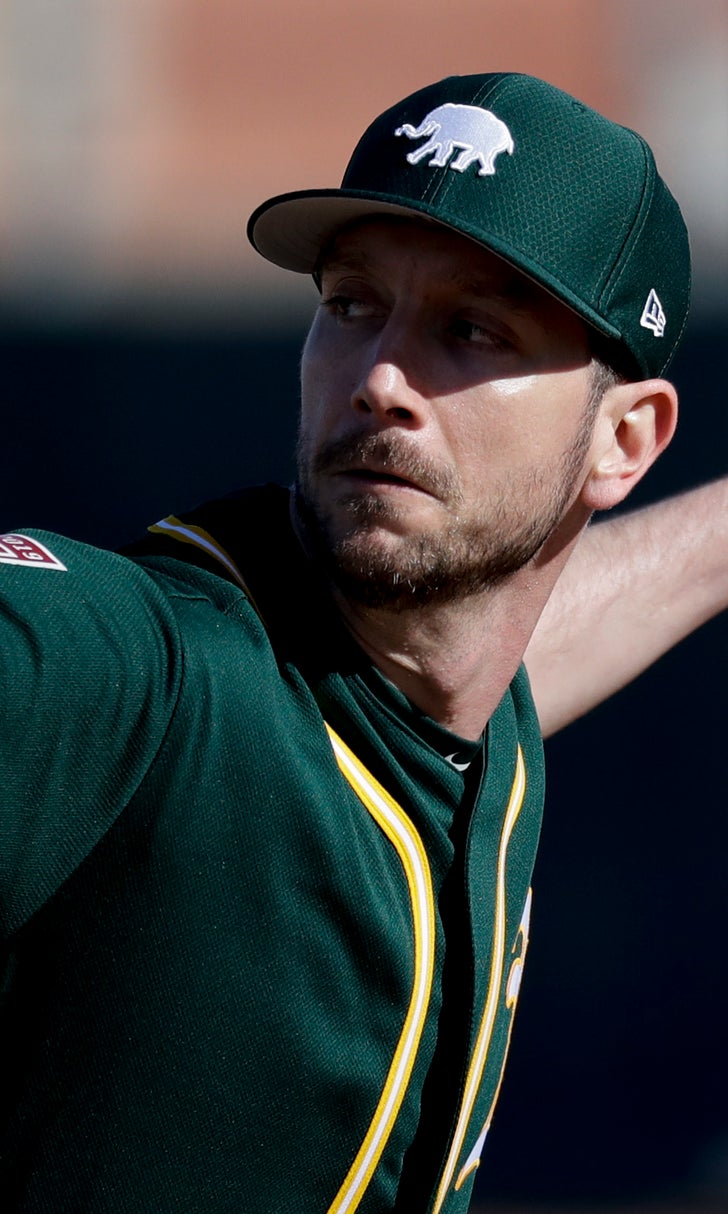 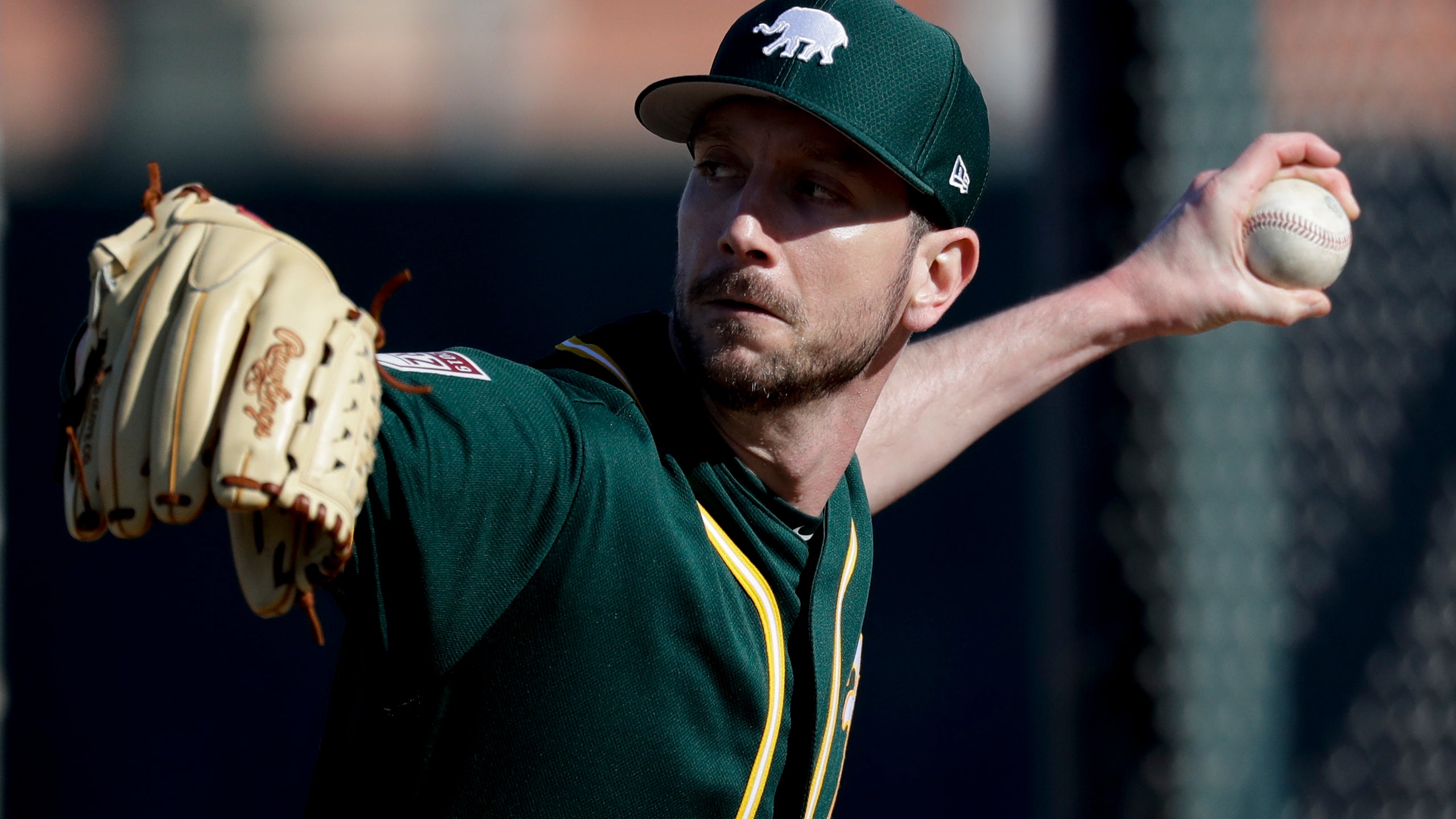 Blevins says he has felt at home returning to the A's

MESA, Ariz. (AP) — Jerry Blevins didn't know many of his new Oakland Athletics teammates yet the left-handed reliever said he has felt right at home returning to the team with which he broke into the big leagues back in 2007.

The 35-year-old Blevins rejoined Oakland when he signed a minor league contract earlier this month. The A's have a talented bullpen but right now Ryan Buchter is the only left-handed option currently on the 40-man roster.

"I've always had a soft spot for Blev," Oakland manager Bob Melvin said. "He was a guy I had to send up and down for a while, which is difficult to do, and he's made a nice career for himself. He has a really good understanding of what he needs to do and is impactful in the clubhouse, too. He's a smart guy and gets it. It's nice to have as many of those guys in your clubhouse as you can have."

Blevins has pitched the last four seasons with the Mets but he's kept an eye on his former team.

"It's like your first love kind of thing," Blevins said. "You always keep an eye on them, check up on them on Facebook, that kind of thing."

He celebrated his return by posting a handwritten note to Oakland fans on Twitter: "Oakland! Back to where my big league career began. It's difficult to describe how it feels to return. I'm coming home. That's it. To the familiar faces by the bullpen and tunnel, right field and left field, I'll see you soon. I can't wait to start Chapter 2 of my A's story. Let's make it a World Series story."

"Up and down, inconsistent," Blevins said when asked to describe last year. "I never had a clear role. I started slow, got hot, got cold, didn't get traded. Just inconsistent and that's out of character for me. I just want to get back to knowing what you get when you put me on the mound. That's been my entire goal this offseason. I feel great."

Oakland's bullpen, which compiled a 3.35 ERA, second-lowest in the league last season, was one of the reasons the team won 97 games and secured an American League Wild Card spot.

"This is a great team and you've got a lot of young talent, some good leadership," Blevins said. "I'm just trying to fit in and do my part. I don't want to try to lead. I'm just going to fit in. That's been the gist of what I want to do. I just want to be a left-handed pitcher and contribute as much as I can to a great team moving forward already."