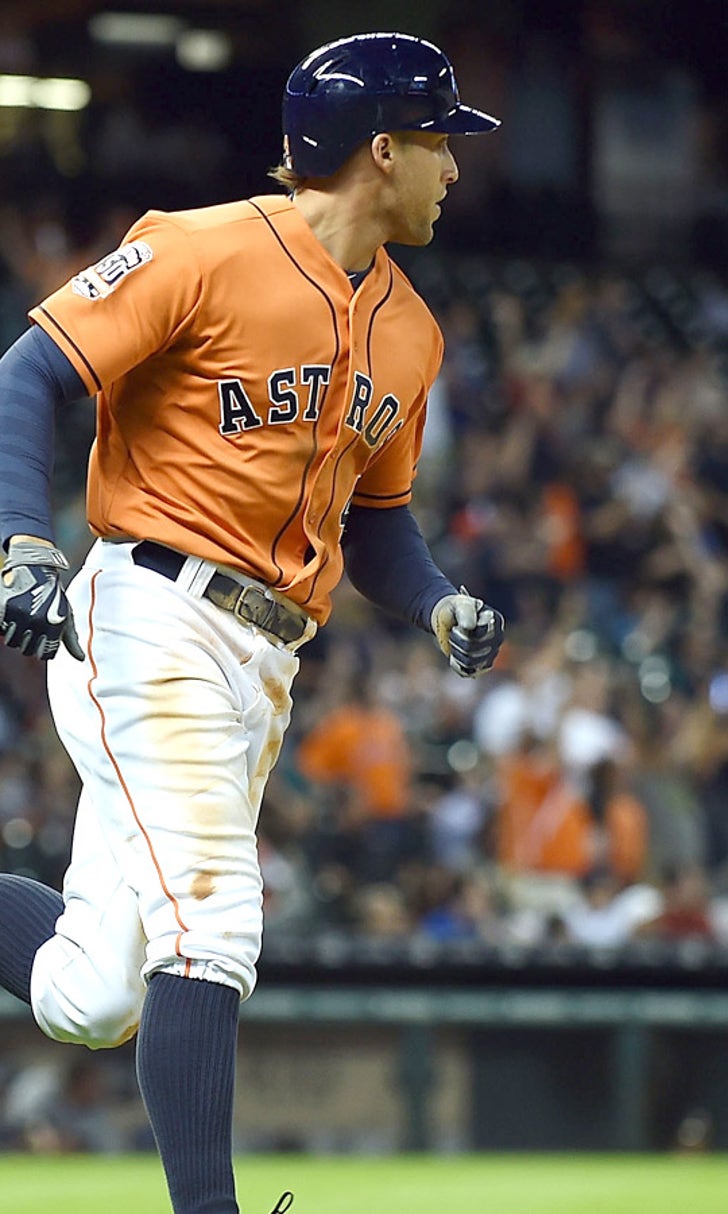 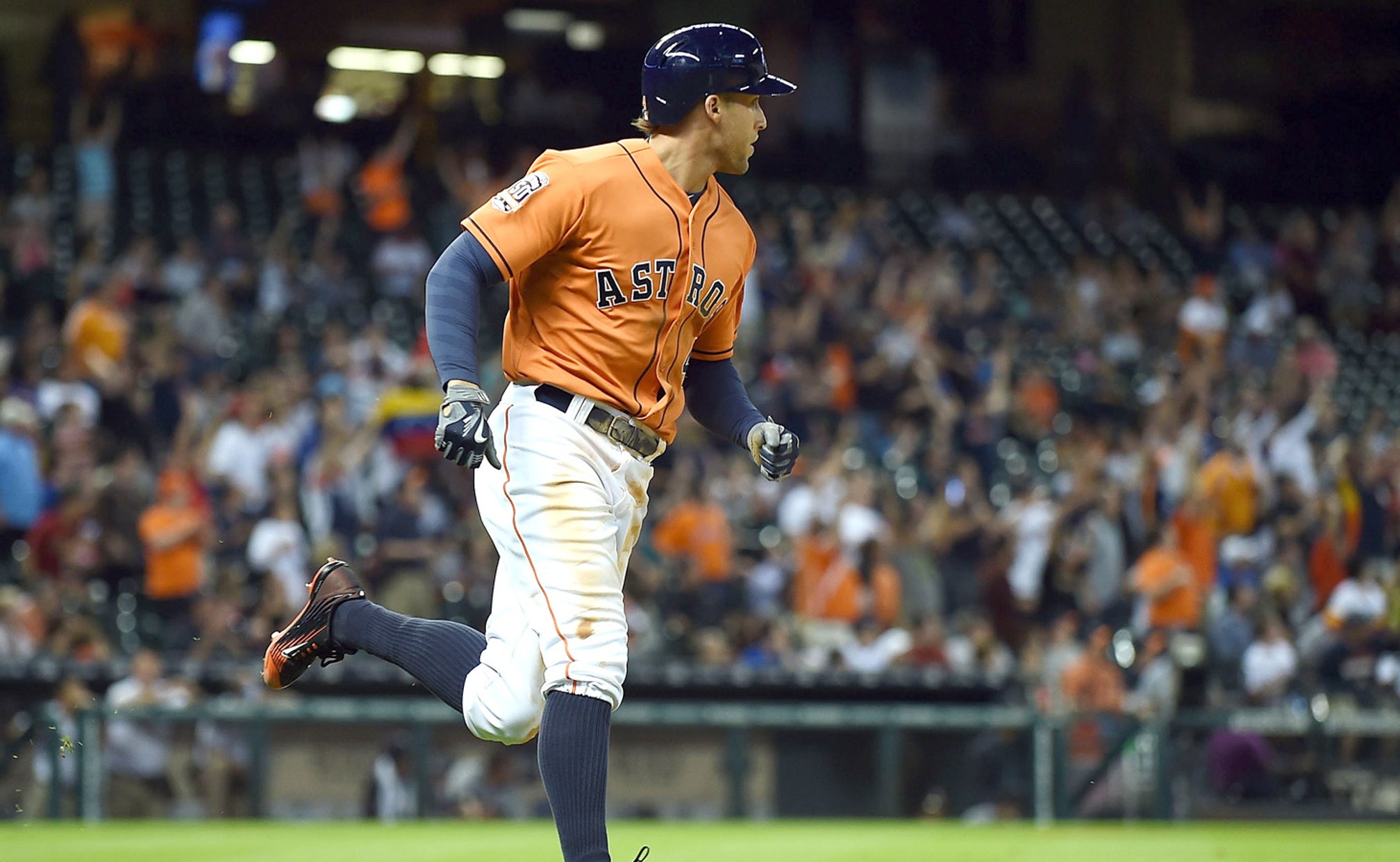 Astros hit 3 HRs, get past Mariners for 8th straight win 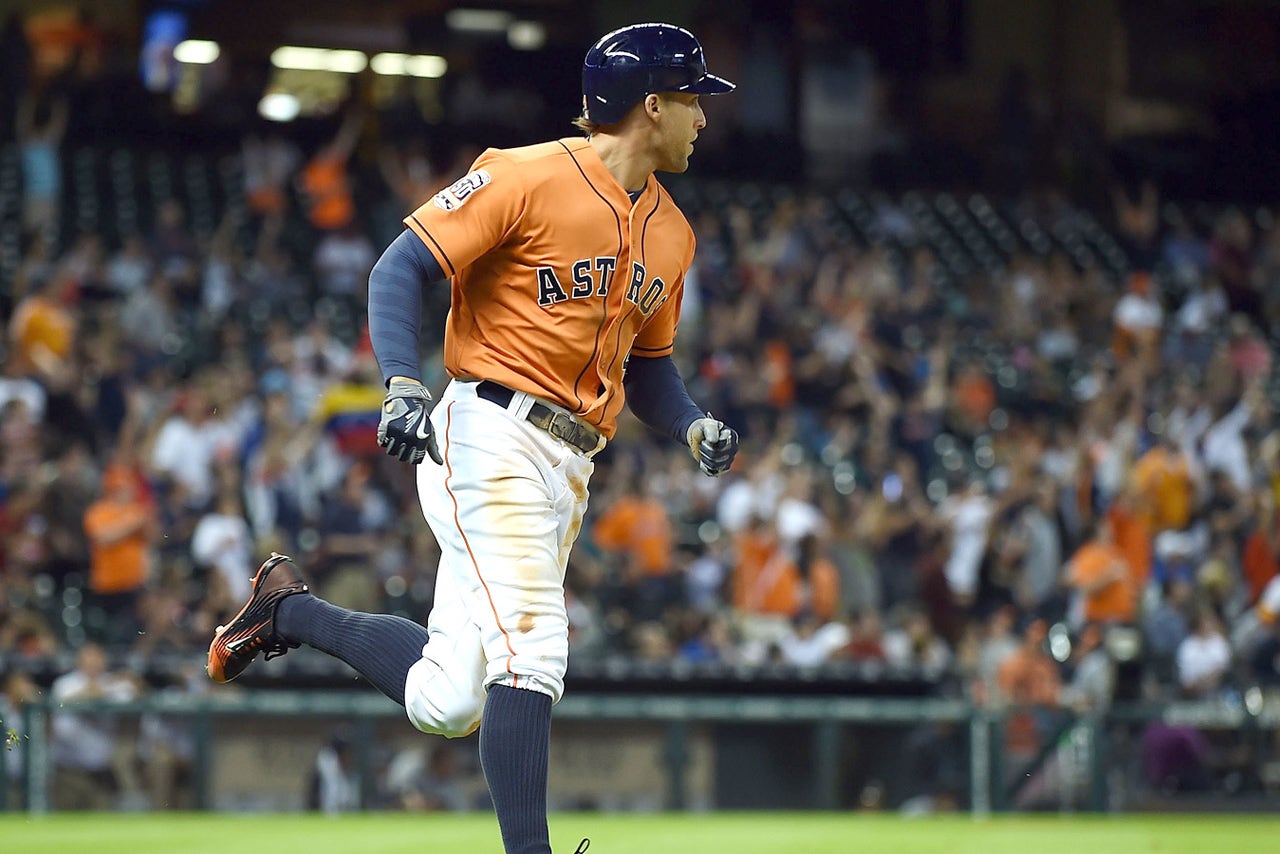 After their best April start in 29 years, the Houston Astros kept it going in their first game in May.

Evan Gattis, Jake Marisnick and George Springer all homered to lead Houston to a 4-3 victory over the Seattle Mariners on Friday night.

Josh Fields (1-0) pitched 1 1-3 innings for the win, striking out four of the five batters he faced. Luke Gregerson gave up solo homers to Nelson Cruz and Logan Morrison in the ninth, but finished up for his fifth save.

After posting their best April record since 1986 at 15-7, the Astros won their first game of May for their eighth straight win and 12th in their last 13.

''They believe,'' Astros manager A.J. Hinch said. ''These guys haven't `arrived' yet, but they're learning, every day, how to win. They're getting rewarded tremendously for playing clean baseball, and there's a nice vibe around us. It's fun to come to the ballpark.''

Gattis hit a two-run homer off Roenis Elias (0-1) in the first inning, and Marisnick's solo shot made it 3-0 in the second.

Robinson Cano had an RBI double in the top of the third to get the Mariners on the scoreboard, but Springer regained Houston's three-run lead with his solo homer in the eighth.

Samuel Deduno made his first start of the season for Houston after spending the first month in the bullpen. He took the place of Asher Wojciechowski, who was demoted to Triple-A Fresno on Tuesday.

Deduno, 3-1 with a 1.41 ERA in five starts against Seattle, gave up a run and three hits in four innings. He said he is making his case to earn a spot back in the rotation.

''This is like a new opportunity,'' Deduno said. ''This is a good team, a winning team, and I have to be good, too, to stay in the starting rotation.''

The Astros got to Elias early as Jose Altuve led off the first with a walk and scored on Gattis' third homer of the season two outs later.

Marisnick hit his third of the season into nearly the identical spot of the left-field seats with one out in the next inning.

Elias gave up three runs and six hits in six innings. He walked three and struck out eight.

Springer's homer in the eighth was his fourth of the season.

Cruz then hit Gregerson's first pitch above the wall in left field for his 11th of the year. And after Kyle Seager flew out to left, Morrison lined his second of the season to right field.

Gregerson then got Brad Miller on a grounder and struck out Rickie Weeks to end the game.

The Mariners lost for the fourth time in their last five games against Houston, falling to 10-13 overall.

''I'm not going to, after 24 games, say the season is burning,'' Seattle manager Lloyd McClendon said. '' That's not very responsible, and that's certainly not the message that I'm going to send to my team. Do we need to work and do we need to get some things done? Yeah. Not blow it up, no.''

Mariners: RHP Hisashi Iwakuma (strained lat) is still three to four weeks away from a return, Seattle manager Lloyd McClendon said. Iwakuma is throwing long toss and making progress as he rehabs in Seattle. ... RHP Tom Wilhelmsen threw a bullpen session Friday for the first time since going on the disabled list on April 13. He is scheduled to throw another session Sunday.

Astros: SS Jed Lowrie, who suffered a torn ligament in his right thumb Monday, had surgery Friday in Houston. He is expected back after the All-Star break. ... Double-A Corpus Christi 3B Colin Moran, Houston's No. 6 prospect, suffered a non-displaced jaw fracture on Thursday night.

Former NFL running back and 1998 Heisman Trophy winner Ricky Williams threw out the first pitch and greeted several Astros players before the game. Texas-native hitters Robbie Grossman and Evan Gattis both met Williams during batting practice. Williams, who played four seasons of minor league baseball in the Phillies farm system, did a full windup off the pitcher's rubber for a 54-mph strike.

With two singles on Friday night, Altuve has had nine consecutive multi-hit games, tying Jesus Alou (1969) and Billy Hatcher (1987) for the longest such streak in Astros franchise history.

Mariners: RHP Taijuan Walker (1-2, 6.86 ERA) allowed one run in each of his last two starts after giving up 14 in his previous two starts. Walker is 3-0 with a 2.67 ERA in five career starts against Houston.

Astros: RHP Collin McHugh (3-0, 2.92 ERA) tries to continue his streak of 10 consecutive winning decisions, the longest active winning streak in the majors. In his first meeting of the season with Seattle on April 21, McHugh allowed three runs on seven hits in seven innings.