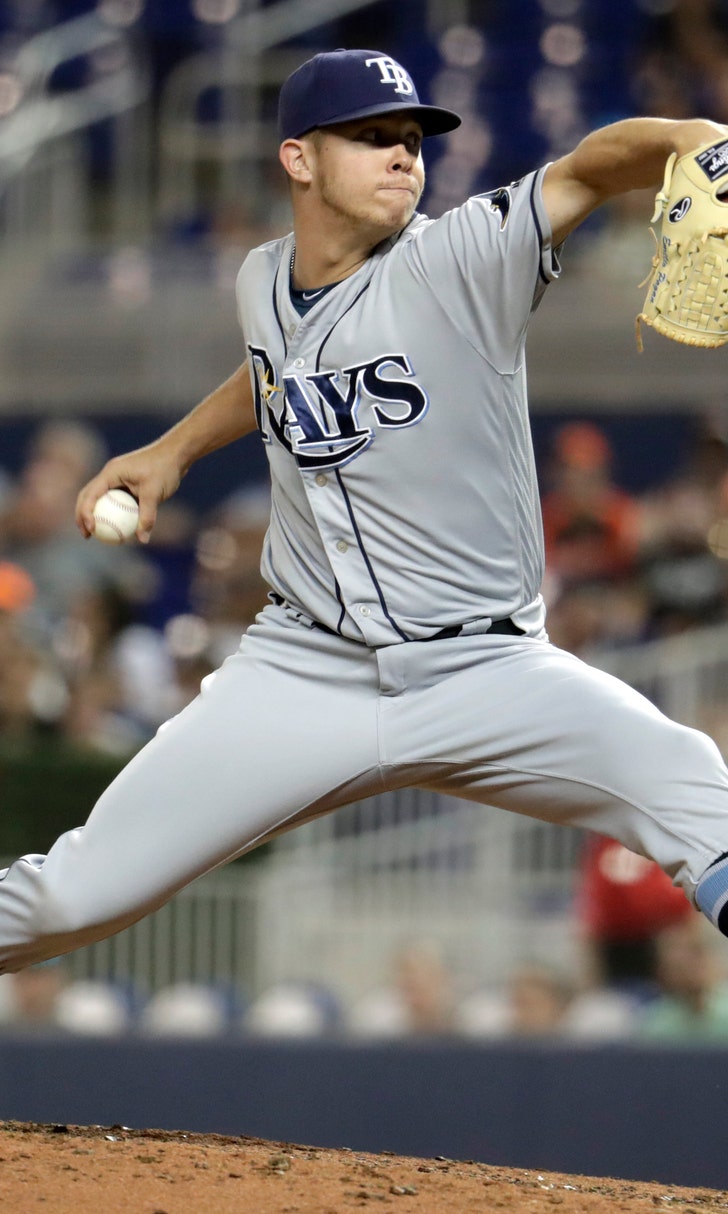 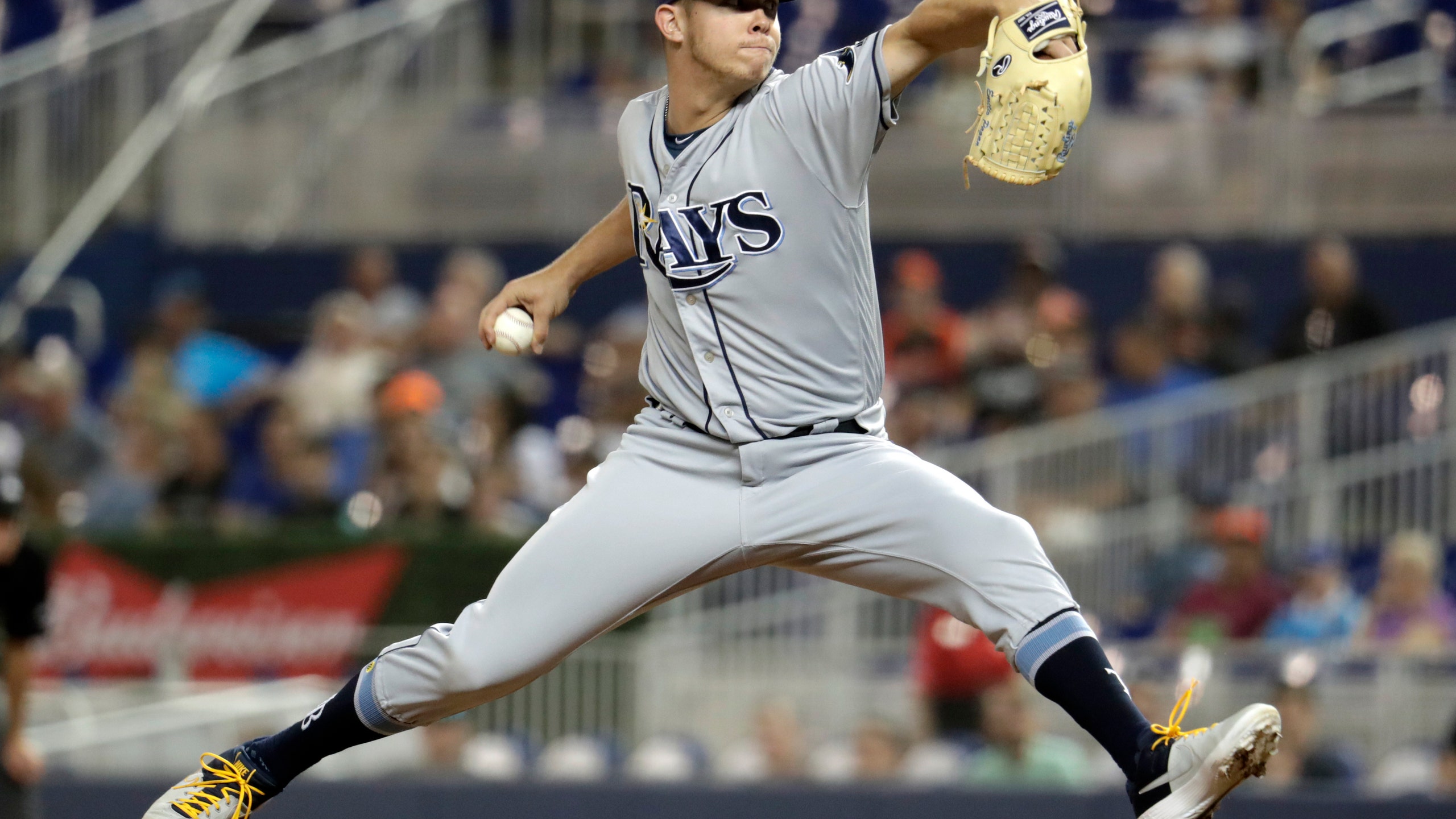 MIAMI (AP) — Tampa Bay's pitchers dealt with lots of traffic on the bases, and paraded from their bullpen to the mound in a steady stream, which made for a most unorthodox shutout.

Seven pitchers combined on a seven-hitter, and the Rays blanked the Miami Marlins for the second consecutive game, 1-0 on Wednesday night.

"That game was fun," said Emilio Pagan, who escaped Miami's biggest threat in the sixth inning. "A 1-0 game — that's old-time baseball right there, when the guys are grinding at-bats and making big pitches."

The Marlins (10-31) endured their seventh consecutive defeat and are on pace for 122 losses.

The only run scored in the second inning when catcher Anthony Bemboom, called up from the minors last week, doubled for his first major league hit and RBI . Bemboom sprained his left knee blocking a pitch in the fifth, left the game and will go on the injured list, manager Kevin Cash said.

"I just went down in an awkward position and felt a little instability in my knee," Bemboom said. "It's crazy — I've made that move a thousand times before."

"Sometimes you've got to find a way to win a 1-0 game, and a lot of things have got to go your way," Cash said. "Our pitching was outstanding. We put ourselves in some tight, sticky situations, but it was impressive to watch to a man how they stepped up, took a deep breath and made big pitches."

The Marlins, who stranded 11 runners, went 0 for 10 with runners in scoring position. They're batting .200 in those situations this season.

"I see a bunch of guys grinding but trying to do too much," shortstop Miguel Rojas said. "It's really frustrating when you're on a bad streak like this. You're trying to hit a homer instead of just put the ball in play and let the guy behind you do the job too. That's the way we are right now."

The Marlins mounted so many threats it took 3 hours, 6 minutes to finish them off. Their best chance came in the sixth, when they had runners at second and third with none out, but Pagan escaped with the help of two strikeouts.

Rays second baseman Brandon Lowe made a diving stop to rob Starlin Castro of an RBI single and end the fifth.

Tampa Bay starter Ryne Stanek went one inning, and Jalen Beeks (3-0) threw three scoreless innings with four strikeouts. Diego Castillo pitched around a one-out walk in the ninth for his fifth save to help the Rays complete a two-game series sweep.

Miami has been shut out nine times and ranks last in the majors in in run, hits, doubles, triples, home runs, walks, on-base percentage and slugging.

"I don't think I've ever been through anything quite like this," manager Don Mattingly said. "I don't think there are any magic words at this point that are going to totally relax everybody and we're going to all start swinging the bats. We're going to have to individually come here and be better."

Tampa Bay: 3B Diaz (sore left ankle) departed in the eighth, and PH Guillermo Heredia (bruised right hand) was hit by a pitch in the fifth inning, but X-rays were negative. Both are day to day. "We avoided some scares," Cash said.

Rays: Following an off day, an opener is expected to start Friday for the beginning of a three-game series at the Yankees with first place in the division at stake. New York trails by half a game.

Marlins: Following an off day, RHP Trevor Richards (0-5, 4.46) is scheduled to start Friday against the Mets and RHP Jacob deGrom (3-4, 3.26). Richards is winless in eight starts even though opponents are batting .223 against him.