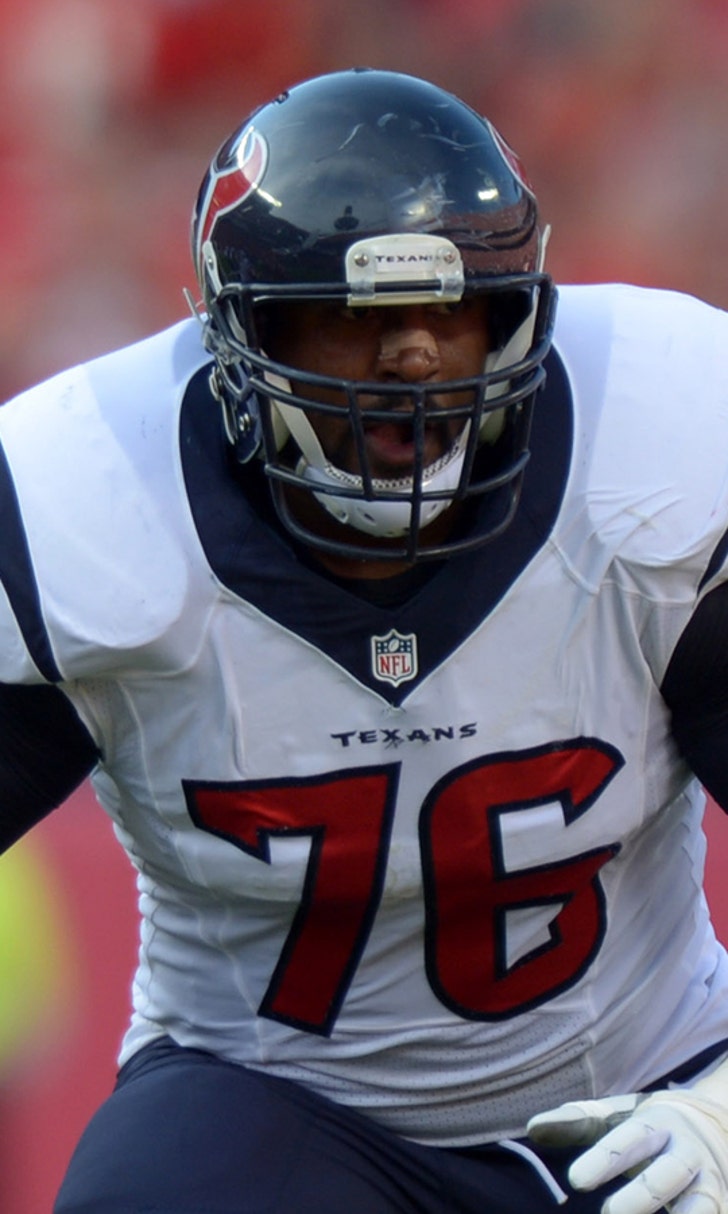 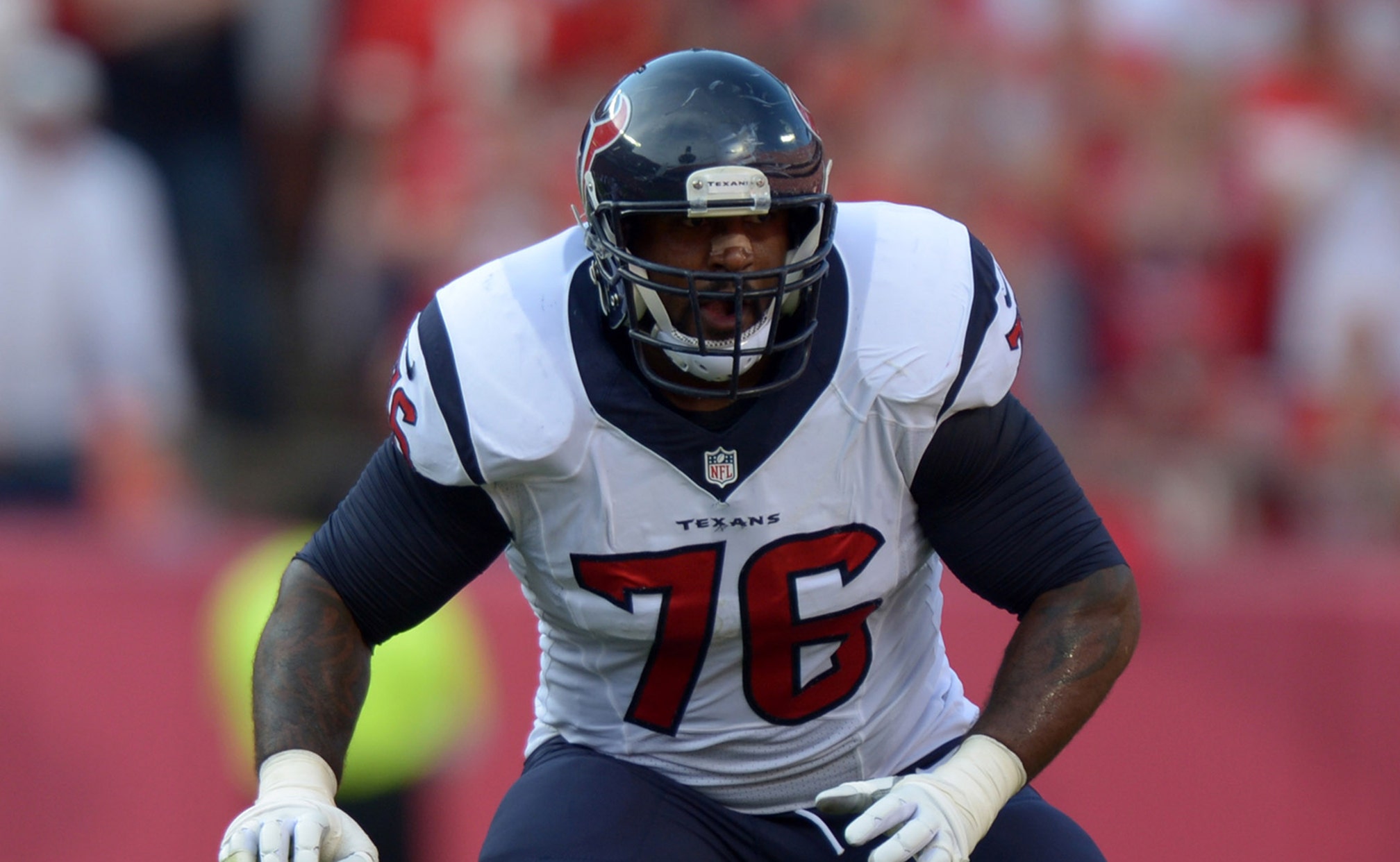 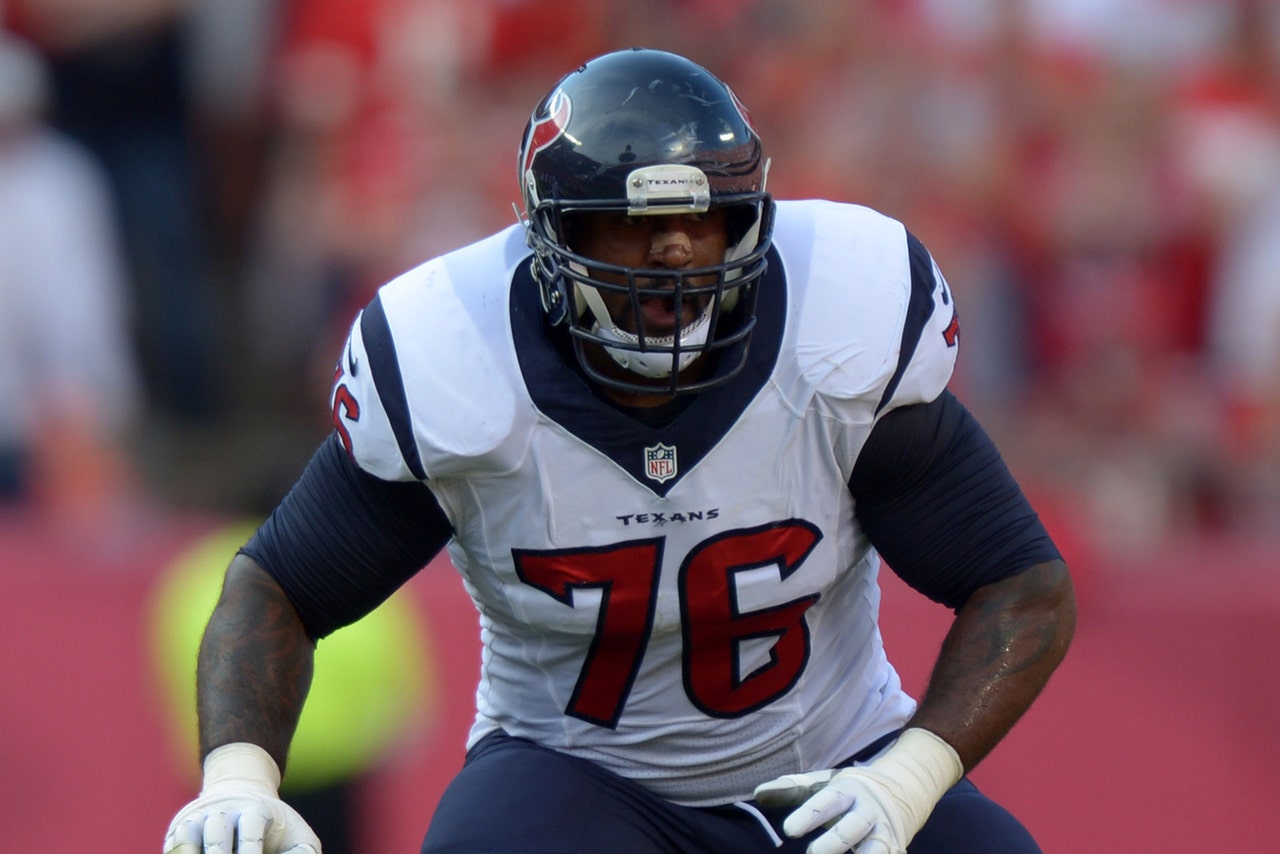 In an effort to break up mundane workout routines of cardio and weight-training exercises, NFL teams often come up new, interesting workouts such as Cross Fit or flipping oversized car tires, but the Houston Texans are going even more outside the box giving mixed-martial arts a try.

First-year strength and conditioning coach Craig Fitzgerald added the MMA setup in time for the beginning of offseason training on Monday, and several players have already enjoyed taking part in the new program.

"(Thursday is the first day we did that it's awesome, man," Duane Brown told the Houston Chronicle. "Because the O-lineman, all we do is we strike people. You're all about condition but you like to hit people at the same time. So with the MMA training, you get to do a little bit of both. You get tired but you're also working the muscles . . . I like it."

Just don't expect Brown to be facing off against J.J. Watt in the Octagon any time soon, however.

"It's not like we're sparring with each other. It's just like a heavy bag," Brown said. "And we'll sit there and we'll punch for like, a minute straight. It doesn't sound like a long time. But when you're just punching continuously for a minute, it's very tiring. It's not some stuff where we would actually harm each other. But it's just good conditioning."

Wilson Bests Belichick Again
A vintage performance from Cam Newton was not enough to overcome Russell Wilson in an instant classic on Sunday night.
5 hours ago

Saquon Barkley Reportedly Tears ACL
The Giants' star RB and a number of key NFL players suffered unfortunate injuries on Sunday. Here's what you need to know.
10 hours ago

Cowboys Complete Improbable Comeback
Somehow, Dallas did it. Check out the major takeaways from the Cowboys' late rally and the rest of the NFL's morning slate.
11 hours ago

NFL's Top Plays Of Week 2
Check out all the best action from Sunday in the NFL, live and updating as it happens!
15 hours ago
those were the latest stories
Want to see more?
View All Stories
Fox Sports™ and © 2020 Fox Media LLC and Fox Sports Interactive Media, LLC. All rights reserved. Use of this website (including any and all parts and components) constitutes your acceptance of these Terms of Use and Updated Privacy Policy. Advertising Choices. Do Not Sell my Personal Info