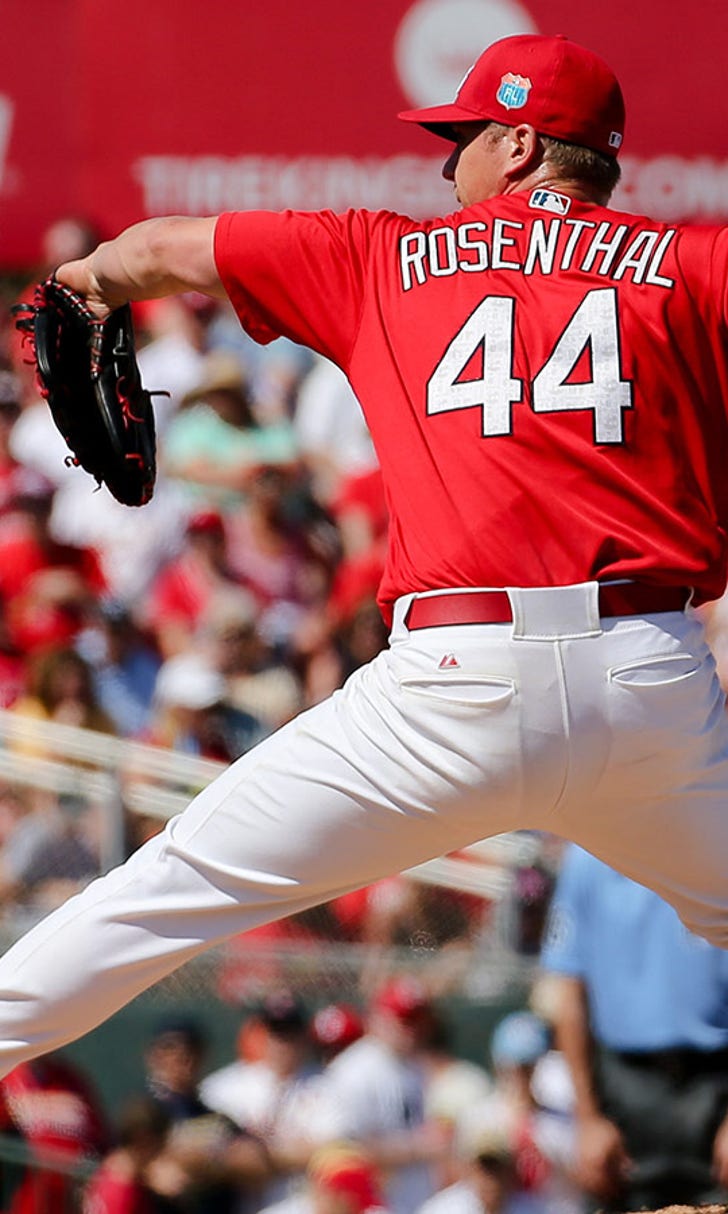 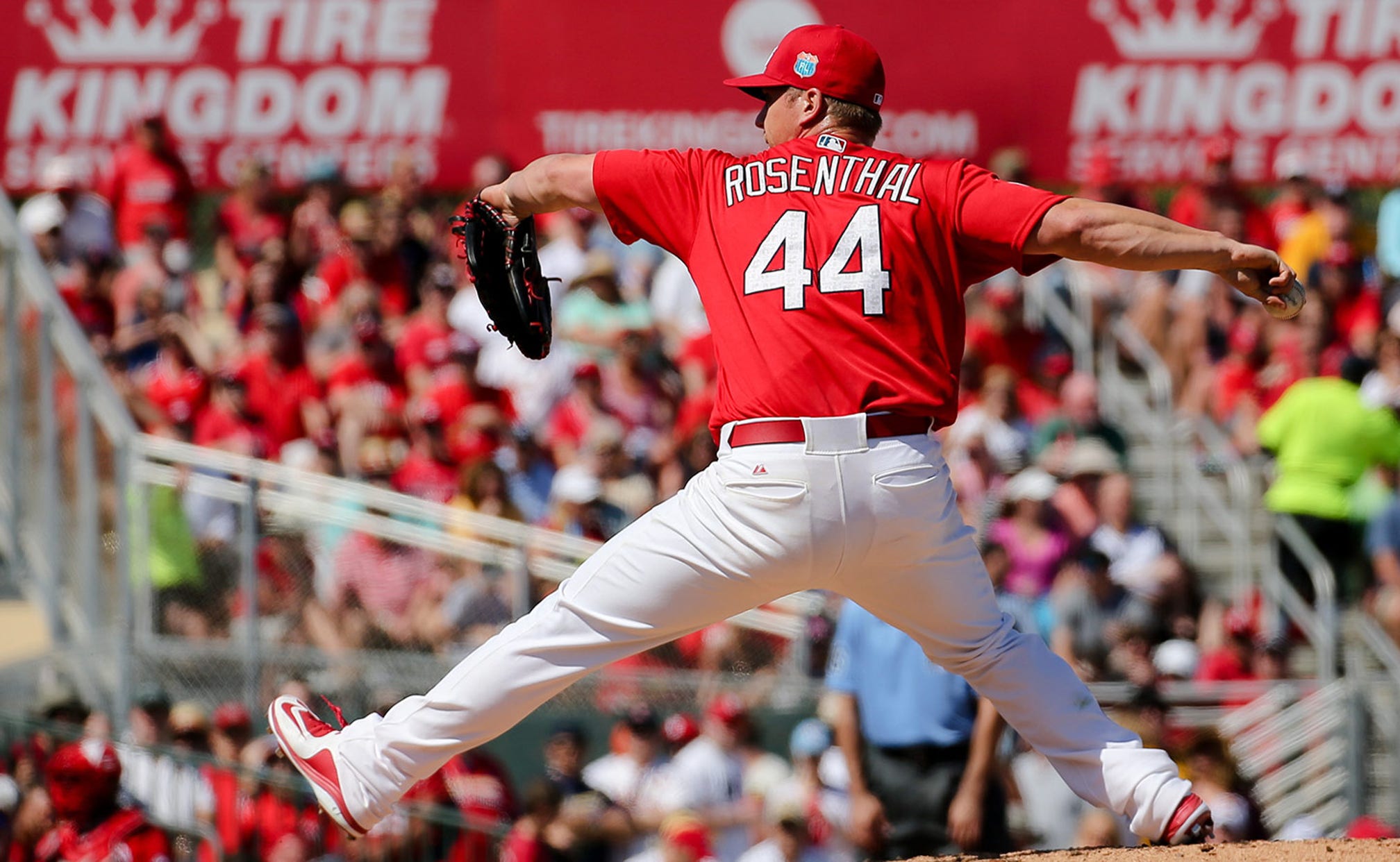 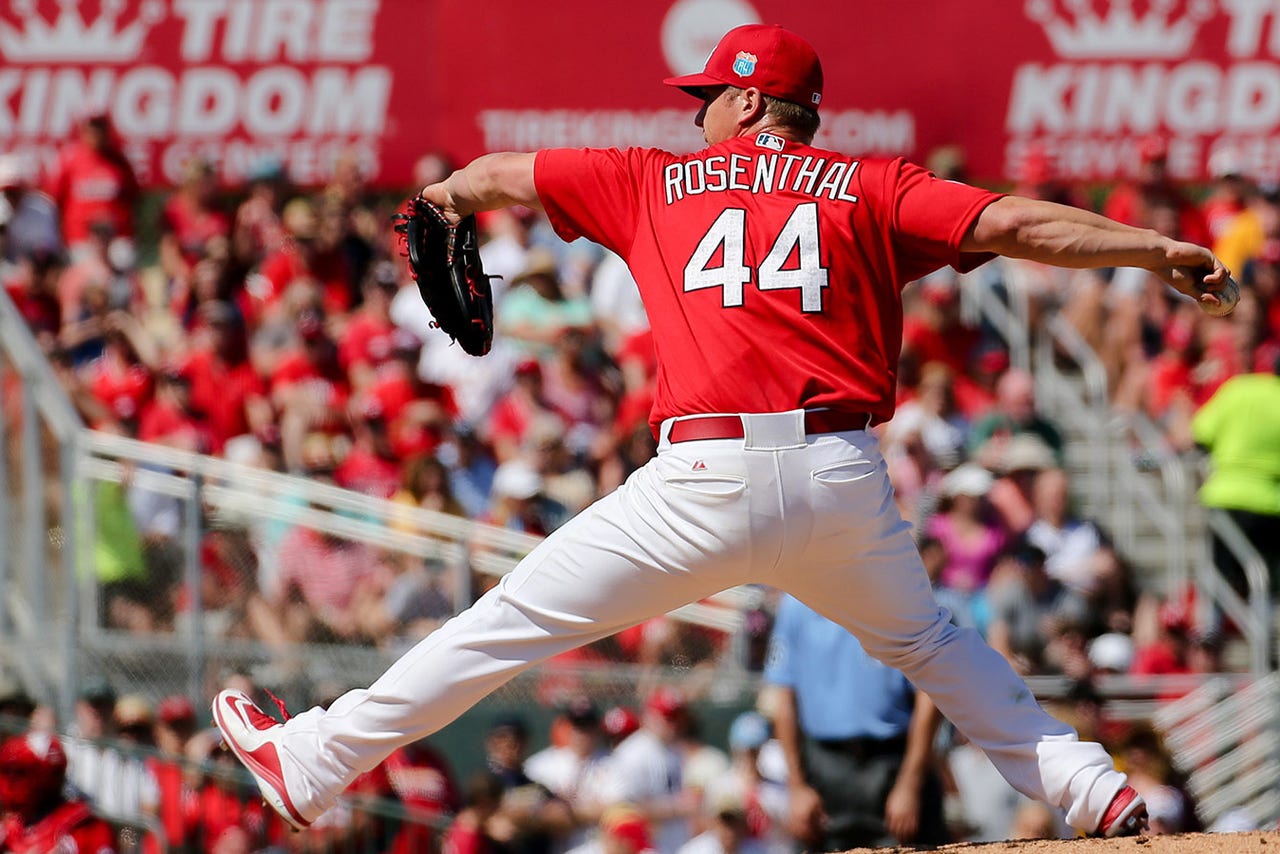 That's why the St. Louis Cardinals discount most results for the pitcher who set a franchise record with 48 saves last year. They just want him to get his work in.

"I put no stock in spring training with closers, I just don't," manager Mike Matheny said. "It's different just in general for closers."

Rosenthal has a 6.75 ERA after his first four spring appearances, twice allowing a run in an inning, and his timing could be a little off. But health counts most considering his track record.

Handling middle innings there's far less pressure than getting the last three outs. There's no scouting report to pore over in March and he's often facing hitters he's never seen before and won't see during the season, either.

"I try to approach it always the same, but in spring training you pay a little more attention how your body is working and the mechanics, effort level, timing," Rosenthal said. "You definitely don't ignore (results), but it's more about how you feel."

The 25-year-old right-hander with the 100-plus-mph arm was second in the major leagues in saves last season, and leads the majors with 93 saves the last two seasons. He's already the record-holder with 52 saves at 10-year-old Busch Stadium and his career 0.69 postseason ERA is the lowest in the majors among active pitchers with 20 or more appearances.

So there'll be no hand-wringing this time of the year.

It helps that Matheny is a former catcher who is accustomed to helping closers see the value in what they're doing even though the bottom line might be unsightly. He remembers during his career "trying to talk some closers off the ledge."

"I'd tell them, 'Hey, listen, just wait until you get in the ninth and you do what you do and it's all going to be good," Matheny said. "It's been so consistent -- get your work in, balls coming out good, make small adjustments and you'll be just fine."

Rosenthal said he came to camp ready for the season, and realizing that whatever he does now won't be of much use when the season opens.

"Especially now that it's not my first time going through it, it's just learning what I need to do get ready," Rosenthal said. "That ninth-inning situation April 1 or 3 or whenever our first game is, there's nothing really you can do to be prepared for it."

What this time is good for is experimenting with different pitches, different grips, etc. He has four pitches to befuddle hitters, including a change-up that became more effective last year.

"I'm definitely not afraid to try something," Rosenthal said. "Overall command is always nice to focus on, but now you definitely have a more relaxed atmosphere."

Bullpen depth should ease the burden during the season when Rosenthal has pitched three days in a row and needs a break. New setup man Seung Hwan Oh has 357 career saves in Korea and Japan, and Johnathan Broxton, Kevin Siegrist and Seth Maness all have closing experience.

"I would say on paper it's one of the strongest since I've been here," said Rosenthal, who is entering his fourth full season. "I'm excited to see how it all plays out."