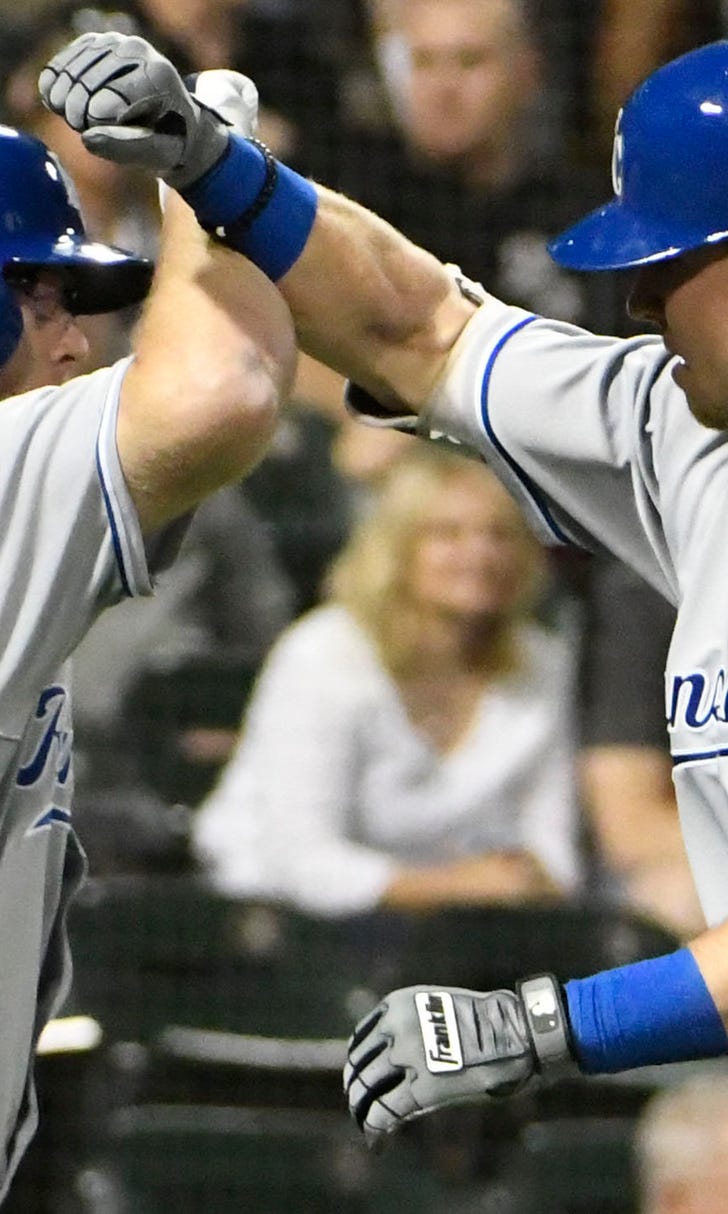 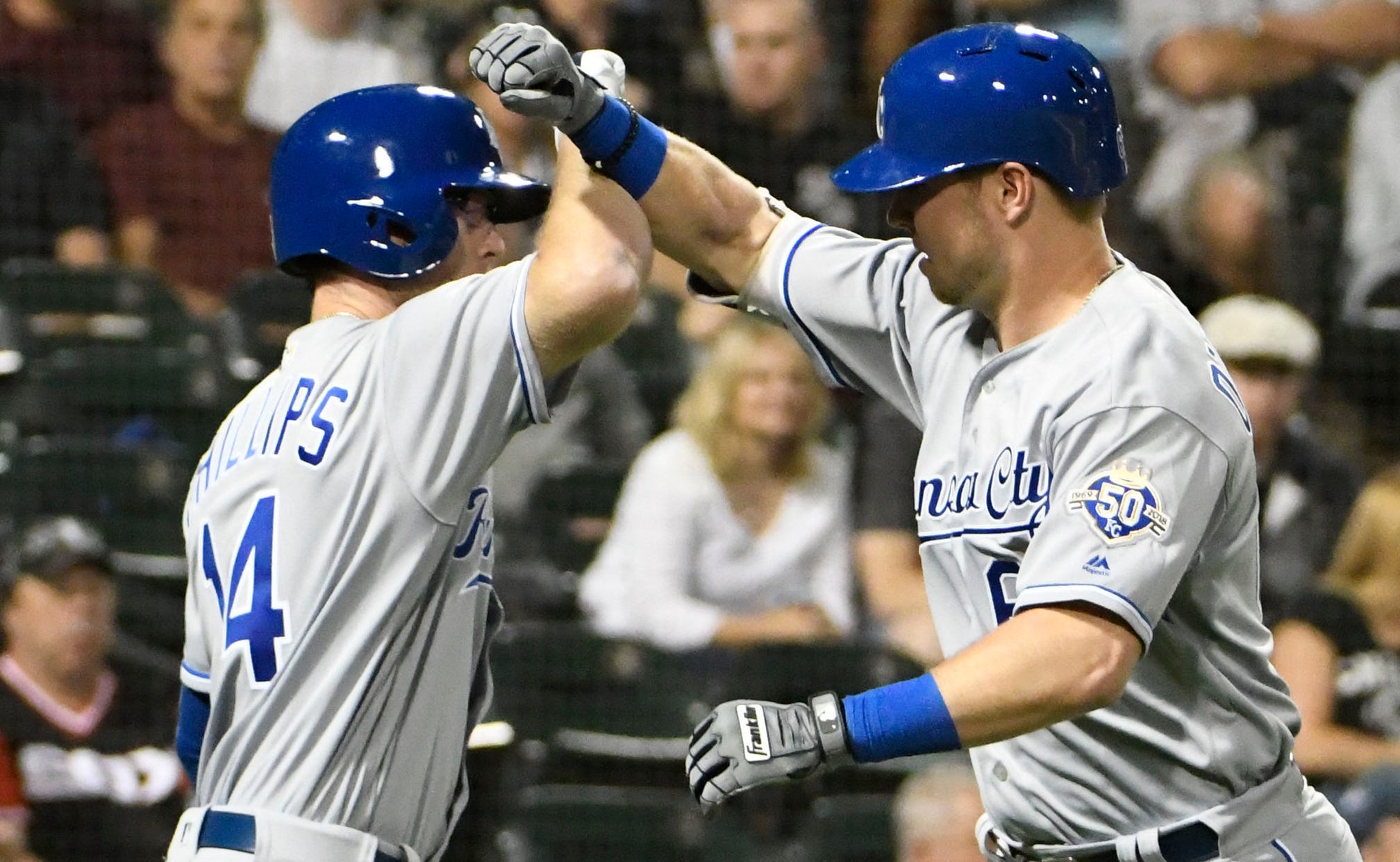 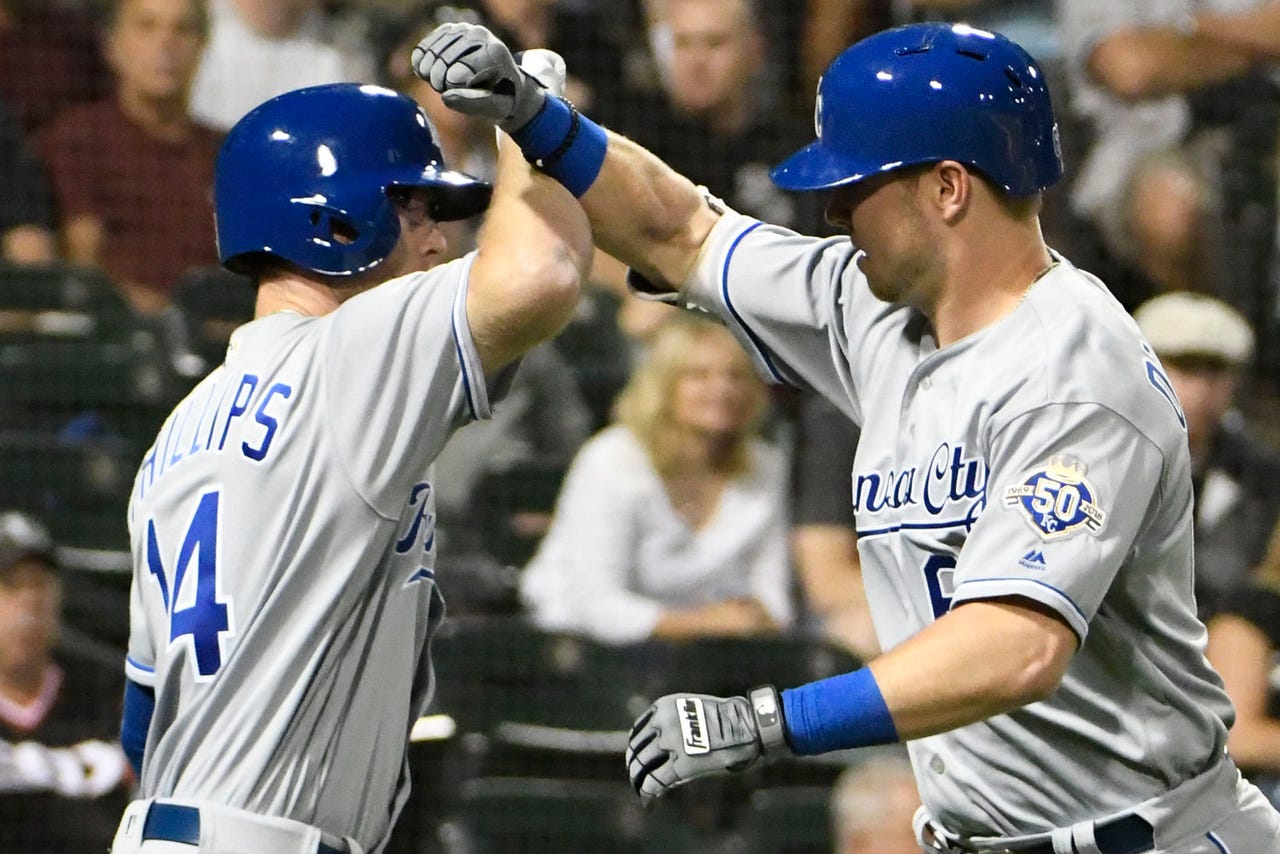 CHICAGO  -- Ryan O'Hearn got the ball from his first major league hit. Brett Phillips got his bats back.

For one night at least, everything was all right with the Kansas City Royals.

"Today was the most fun I had at a baseball field, once I kind of settled down a little bit, ever," O'Hearn said. "I'm ready to get back tomorrow."

It was Phillips' first hit since he was acquired Friday in the trade that sent third baseman Mike Moustakas to Milwaukee. Phillips had to use Hunter Dozier's bat for his Kansas City debut Sunday against the Yankees after his lumber got lost while he was flying to New York to join his new team.

He was reunited with his bats in time for the series opener against Chicago, and he looked quite comfortable on his fifth career homer in the seventh.

"It's always a blessing to help the team win in any way you can," Phillips said.

The White Sox lost for the fifth time in six games. They wasted prime scoring opportunities in the fourth and eighth, and another threat in the sixth was curtailed by a mental mistake by Tim Anderson -- prompting manager Rick Renteria to replace the young shortstop.

Matt Davidson hit a two-run shot in the seventh for his eighth home run against the Royals this season. But Tim Hill got one out, Jason Hammel worked a rocky eighth and Wily Peralta finished for his sixth save.

Playing in front of his parents, brother and sister, O'Hearn bounced to first in his first at-bat in the second. He came up again with one out and a runner on first in the fifth, and drove a 1-0 pitch from James Shields (4-13) over the wall in right .

O'Hearn, an eighth-round pick in the 2014 draft who turned 25 on Thursday, was promoted from Triple-A Omaha before the game. He became the third player in franchise history to homer in his major league debut, joining Clint Hurdle in 1977 and Mark Quinn in 1999.

"It was fun to watch," Duffy said.

Duffy allowed six hits, struck out seven and walked four. The left-hander went 3-2 with a 3.38 ERA in six July starts.

Duffy got some help when the speedy Anderson failed to run out a low liner to third baseman Rosell Herrera with runners on first and second in the sixth. Third base umpire Lance Barksdale ruled the ball hit the ground -- it looked as if it might have been caught cleanly -- and Herrera threw late to second.

But Whit Merrifield just jogged over and lobbed the ball to first baseman Lucas Duda for the final out of the inning. Renteria then put Nicky Delmonico in left and moved Leury Garcia to shortstop before the start of the seventh.

"It's like we tell these guys: Don't assume anything," Renteria said. "Just go until they ultimately make the call. We'll let the opposing team make the review call. It didn't look very good having him standing at the plate and having the ball go around the diamond."

Anderson said he was surprised by Renteria's decision to pull him out of the game.

"But he's the manager. It's his call," Anderson said. "I can't do nothing but respect his decision (and) come tomorrow and be ready to play."

The White Sox acquired minor league left-hander Hunter Schryver from Tampa Bay for $1 million in international signing bonus pool money. Schryver, a seventh-round pick in the 2017 draft out of Villanova University, was assigned to Class A Winston-Salem.

The Royals did not make a trade in the final hours before the non-waiver deadline.

Royals: OF Brian Goodwin was placed on the 10-day disabled list with a left groin strain. He got hurt running the bases on Saturday night against the Yankees. ... INF Cheslor Cuthbert, who is out with a lower back strain, was transferred to the 60-day DL.

White Sox: OF Luis Robert, one of Chicago's top prospects, was slated to begin a rehab assignment with the Arizona League White Sox. Robert had been sidelined by a left thumb injury.