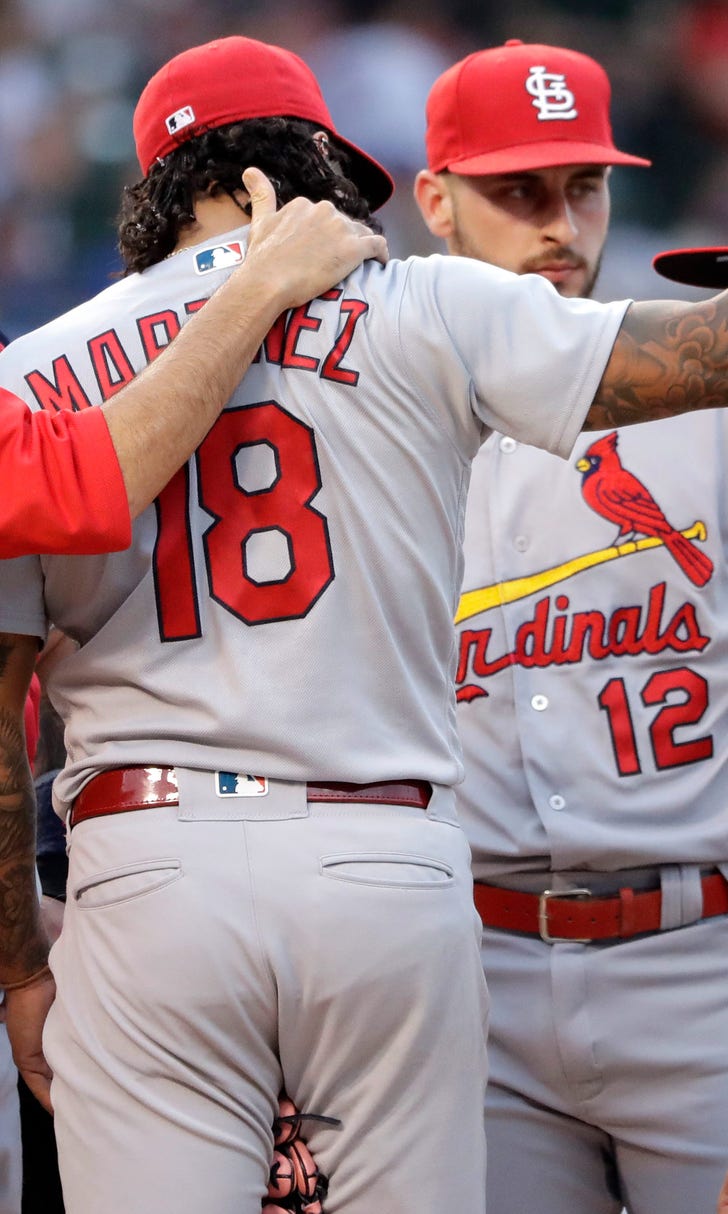 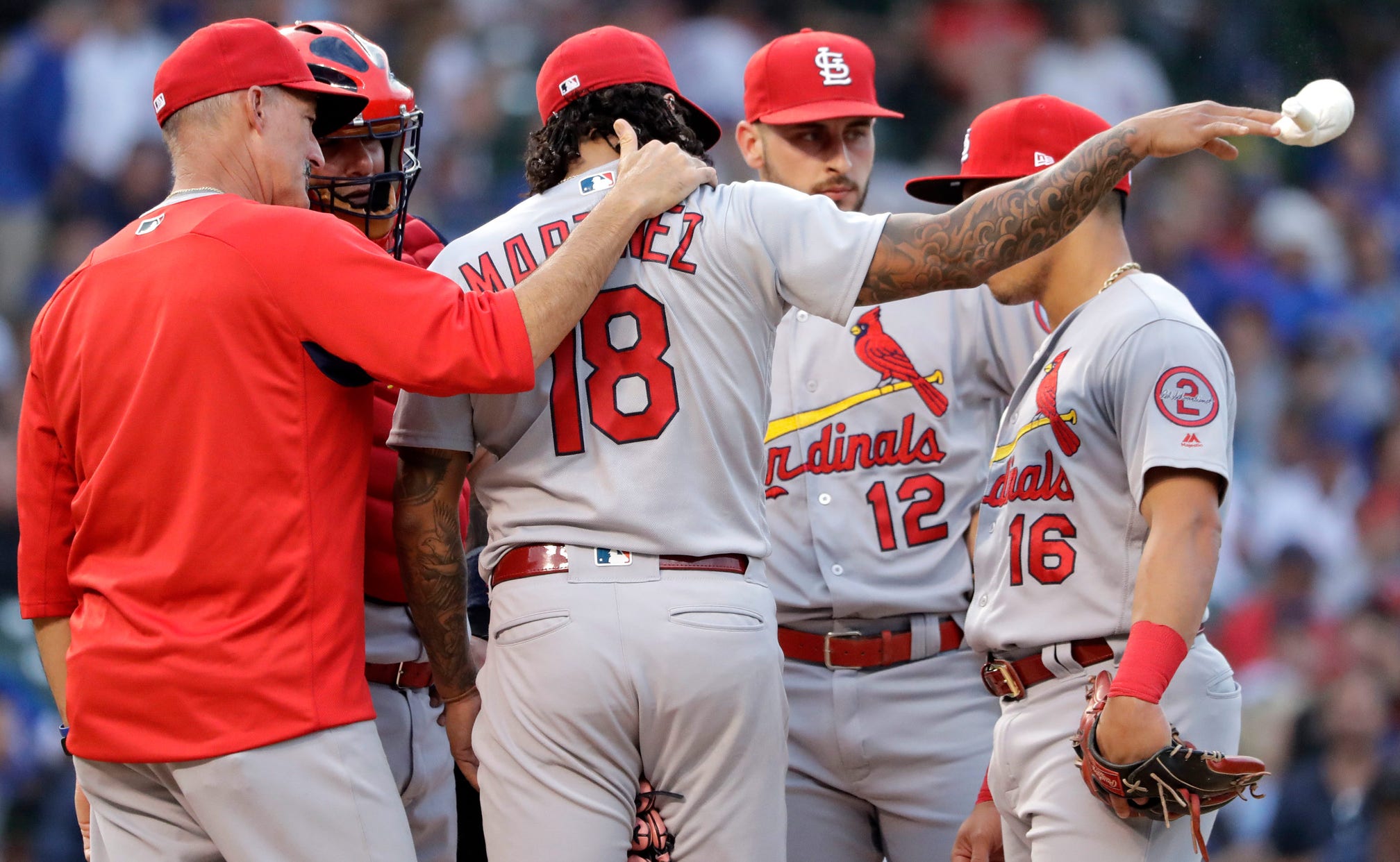 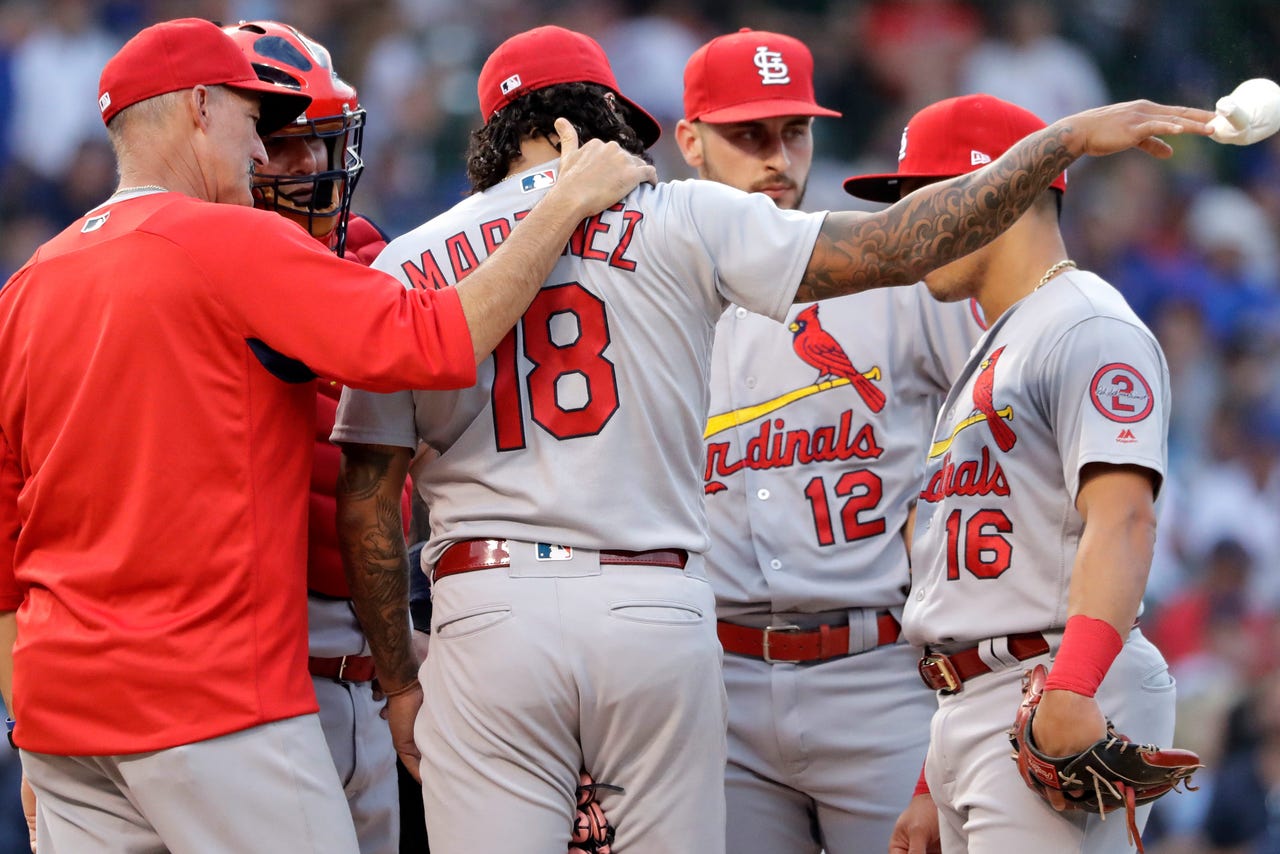 CHICAGO -- The All-Star break is over. It's right about now when the Chicago Cubs usually take off.

Jason Heyward had three hits and two RBIs, Ian Happ belted a two-run homer and the Cubs beat the St. Louis Cardinals 9-6 on Thursday night for their fourth consecutive victory.

Chicago and St. Louis returned a day earlier than the rest of the majors, but it sure looked like business as usual for the NL Central leaders. The Cubs improved to 150-73 after the All-Star break since 2015, baseball's best such record over that stretch.

"I just feel like the biggest thing for us is a positive mindset throughout," Heyward said. "Not getting too high, not getting too low."

Anthony Rizzo added two doubles from the leadoff spot as Chicago moved a season-high 18 games over .500. Victor Caratini had three hits and scored three times in the opener of a five-game series, and Ben Zobrist delivered a tiebreaking sacrifice fly in the Cubs' five-run fifth inning.

With the abbreviated break, Maddon held All-Stars Willson Contreras and Javier Baez out of the starting lineup. Caratini and Zobrist picked up the slack quite nicely as Chicago increased its advantage to a season-high three games over idle Milwaukee.

Yadier Molina matched a career high with four hits for St. Louis, but interim manager Mike Shildt was handed his first loss in his second game in charge after Mike Matheny was fired Saturday night. Tommy Pham and Matt Carpenter each hit a solo homer.

"When you're facing a team like Chicago, you have to bring your 'A' game," Molina said. "We didn't bring our 'A' game with the pitching and defense."

The Cardinals had a 3-1 lead before the Cubs started teeing off on Carlos Martínez (6-6) in the fifth.

Caratini singled, advanced to second on shortstop Paul DeJong's throwing error and scored on Rizzo's stinging double into the gap in right-center. Heyward hit a tying RBI single and Zobrist followed with a fly ball to center, driving in Kris Bryant for a 4-3 lead.

Happ then hit a drive deep to right-center for his 12th homer. He also went deep in his previous game, connecting for a solo shot in Saturday night's 11-6 victory at San Diego.

"We didn't make some plays tonight, and it hurt us," Shildt said.

Brian Duensing (3-0) got the last out of the fifth for the win. Pedro Strop got one out for his third save after the Cubs placed closer Brandon Morrow on the 10-day disabled list as part of a flurry of pregame moves.

Martínez allowed six runs (five earned) and seven hits in five innings. The right-hander went 3-1 with a 2.63 ERA in his previous four starts.

Cubs right-hander Kyle Hendricks also struggled, yielding nine hits in 4 2/3 innings. But he wiggled out of a couple of jams while limiting the Cardinals to three runs.

Umpire Kerwin Danley staggered away from the plate after taking Bryant's foul ball off his mask in the eighth. Molina helped steady Danley while a Cubs trainer came out of the dugout.

Danley stayed in the game after the trainer checked him out.

The Cubs acquired right-handed reliever Jesse Chavez from Texas for minor league pitcher Tyler Thomas in a deal announced after the game. Chavez is 3-1 with a 3.51 ERA this season.

Morrow is dealing with right biceps inflammation. The DL stint is retroactive to Monday.

The Cubs also activated outfielder Albert Almora Jr. and relievers Carl Edwards Jr. and Anthony Bass. Almora was placed on the family medical emergency list Sunday. Edwards was on the paternity list, and Bass was sidelined by an illness.

Infielder David Bote and reliever Rob Zastryzny were sent down to Triple-A Iowa.

Cardinals: OF Harrison Bader was available off the bench after leaving Sunday's 6-4 victory over Cincinnati with a hyperextended left knee.

Cubs: SS Nico Hoerner, Chicago's first-round pick in last month's draft, hurt his left elbow diving for a ball in his fourth game with Class A South Bend. He will miss the rest of the season with the ligament injury, but he said he doesn't think he will need surgery and could play again in the fall.

Cubs ace Jon Lester and Cardinals right-hander Jack Flaherty get the ball Friday afternoon. Lester (12-2, 2.58 ERA) is 8-0 with a 2.80 ERA in his last nine starts. Flaherty (3-4, 3.24 ERA) pitched five shutout innings in a no-decision against Cincinnati in his previous start Saturday.