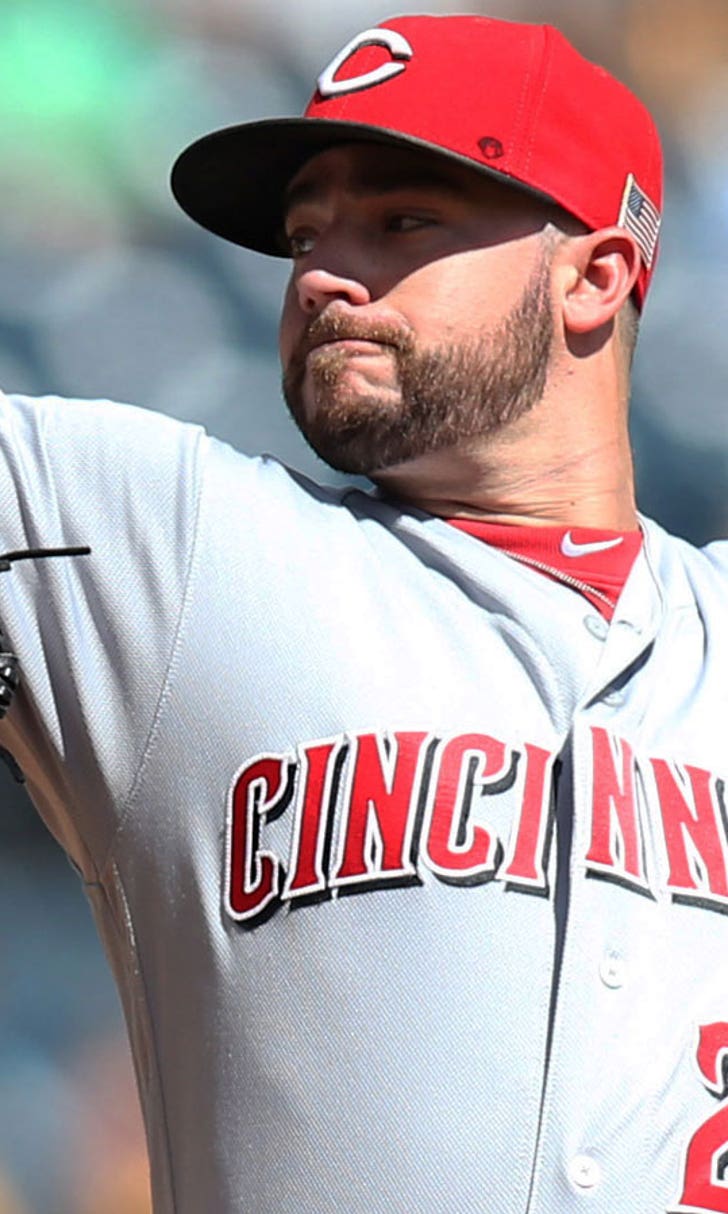 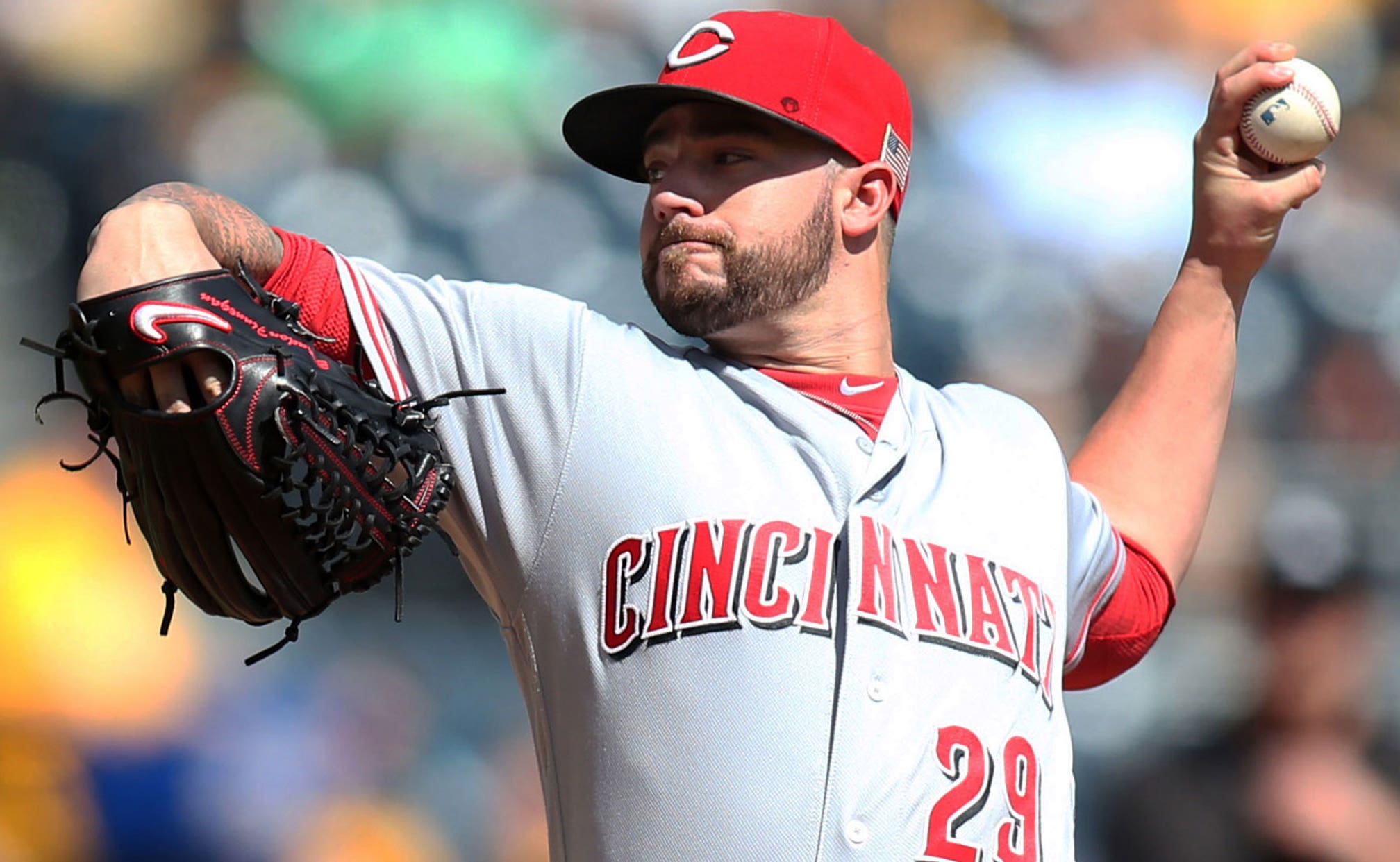 Finnegan: 'Reds and Pirates don't really get along very well' 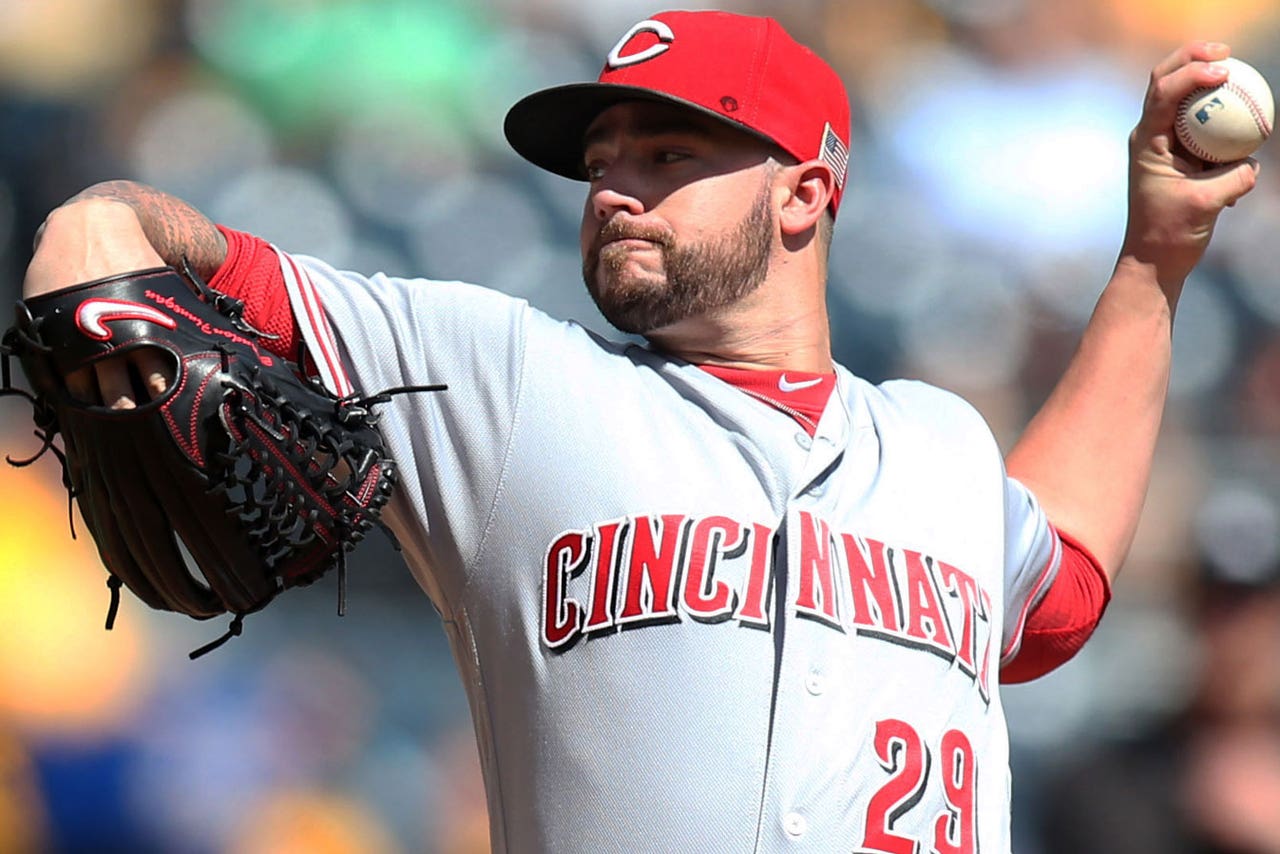 PITTSBURGH (AP) -- Brandon Finnegan worked out of trouble all day long, and Cincinnati's lineup took care of the rest.

Finnegan pitched five effective innings to help the Reds to an 8-0 victory over the reeling Pittsburgh Pirates on Sunday.

Pittsburgh (69-72) has dropped 11 of 13 to fall off the pace in the NL wild-card race, but Finnegan made it sound as if hurting the Pirates' playoff chances wasn't very significant for the Reds. Cincinnati lost to Pittsburgh in the 2013 wild-card game, and there has been plenty of bad blood between the teams over the years.

"The Pirates are always good," Finnegan said. "They have a good-hitting team. The Reds and Pirates don't really get along very well. But it's nice beating any team, especially winning a series."

"We got him the big lead, and he scuffled to keep guys off base and command his stuff," Reds manager Bryan Price said. "At the same time, he pitched himself out of constant trouble. (It's) certainly not a recipe for long-term success. However, he could have broken, especially in a situation like today with a shortened bullpen."

Jumbo Diaz followed Finnegan with two innings and Ross Ohlendorf and Wandy Peralta each got three outs, completing a seven-hitter. The Pirates left 10 runners on base and went 1 for 10 with runners in scoring position.

Cincinnati grabbed control with five runs in the second, taking advantage of an error by center fielder Andrew McCutchen and some wildness by Ryan Vogelsong (3-5). Holt had the big blow, a two-run triple that gave the Reds a 4-0 lead. Eugenio Suarez followed with an RBI single.

Vogelsong was charged with six runs and seven hits in four innings.

Cincinnati finished with 13 hits. Joey Votto, one of the hottest hitters in the majors, was the only starting position player to fail to record a hit for the Reds.

Pirates left fielder Gregory Polanco was ejected by umpire Pat Hoberg for arguing balls and strikes in the third inning. It was Polanco's first career ejection.

Reds: Alfredo Simon will miss the rest of the year with a right shoulder injury that will require surgery, Price said. Simon went 2-7 with a 9.37 ERA this season. ... INF Jose Peraza was given the day off after being hit by a pitch in his hand Saturday.

Pirates: 2B Josh Harrison's right groin injury is "more than day to day" and could potentially be season ending, according to general manager Neal Huntington.

Reds: Keyvius Sampson (0-1, 3.90 ERA) will move to the rotation in order for the Reds to skip the start of Anthony DeSclafani. Sampson will be making his second start in 2015 after starting 12 games in 2016.

Pirates: Gerrit Cole (7-9, 3.55 ERA) is expected to return from the disabled list to start Monday at Philadelphia. Cole has been inactive since Aug. 24 with right elbow inflammation. He has made just 20 starts after pitching 32 games in 2015.