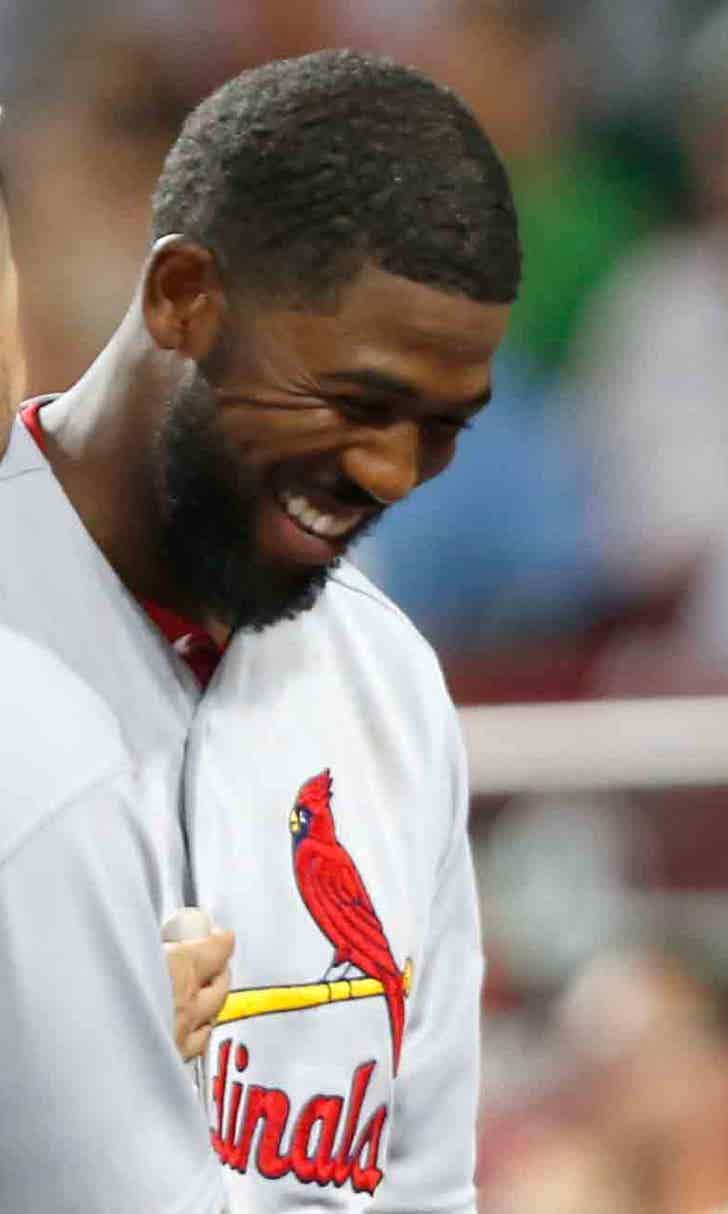 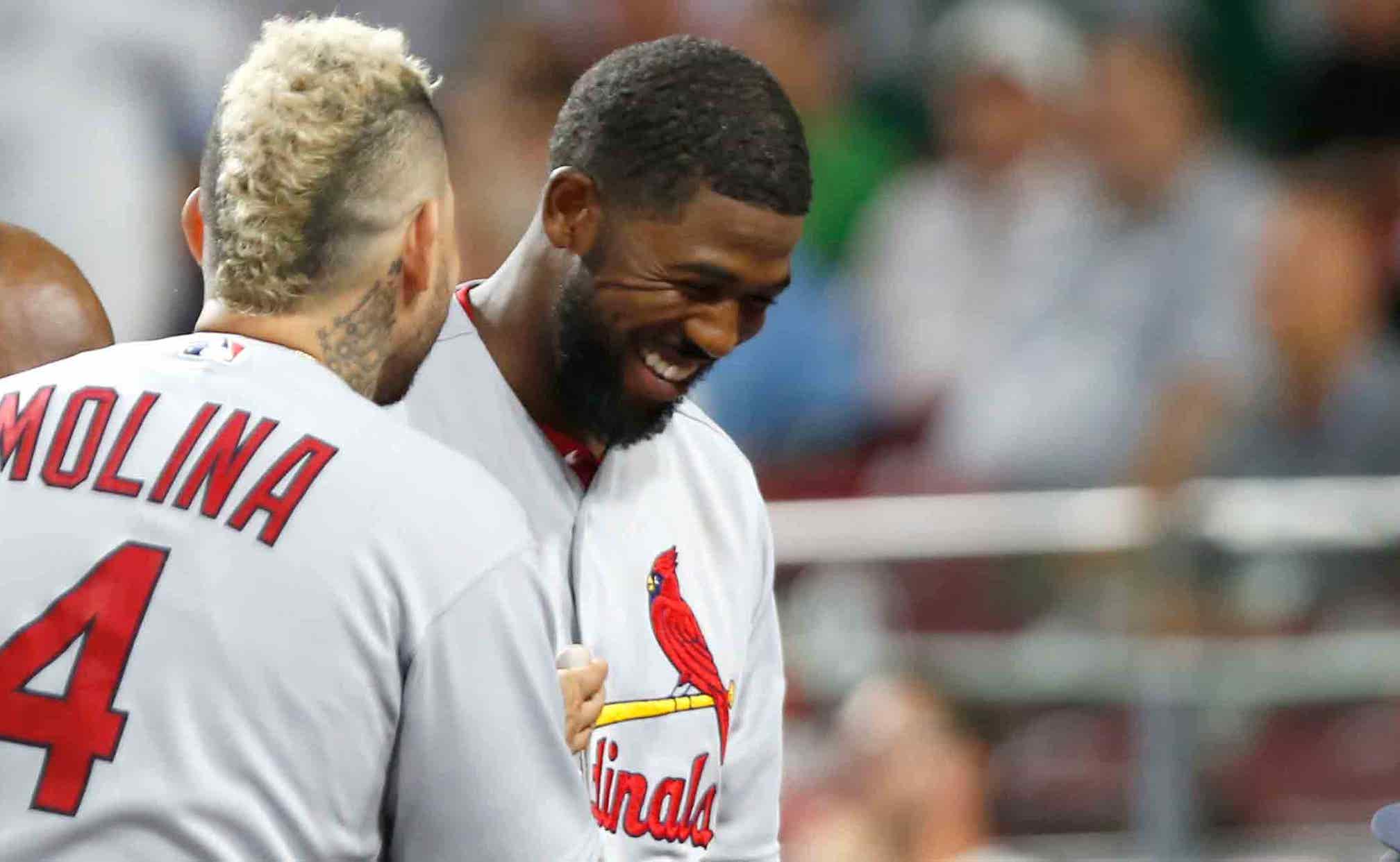 Cards flirt with another no-hitter, Fowler's blast wins it 4-2 in 11 innings 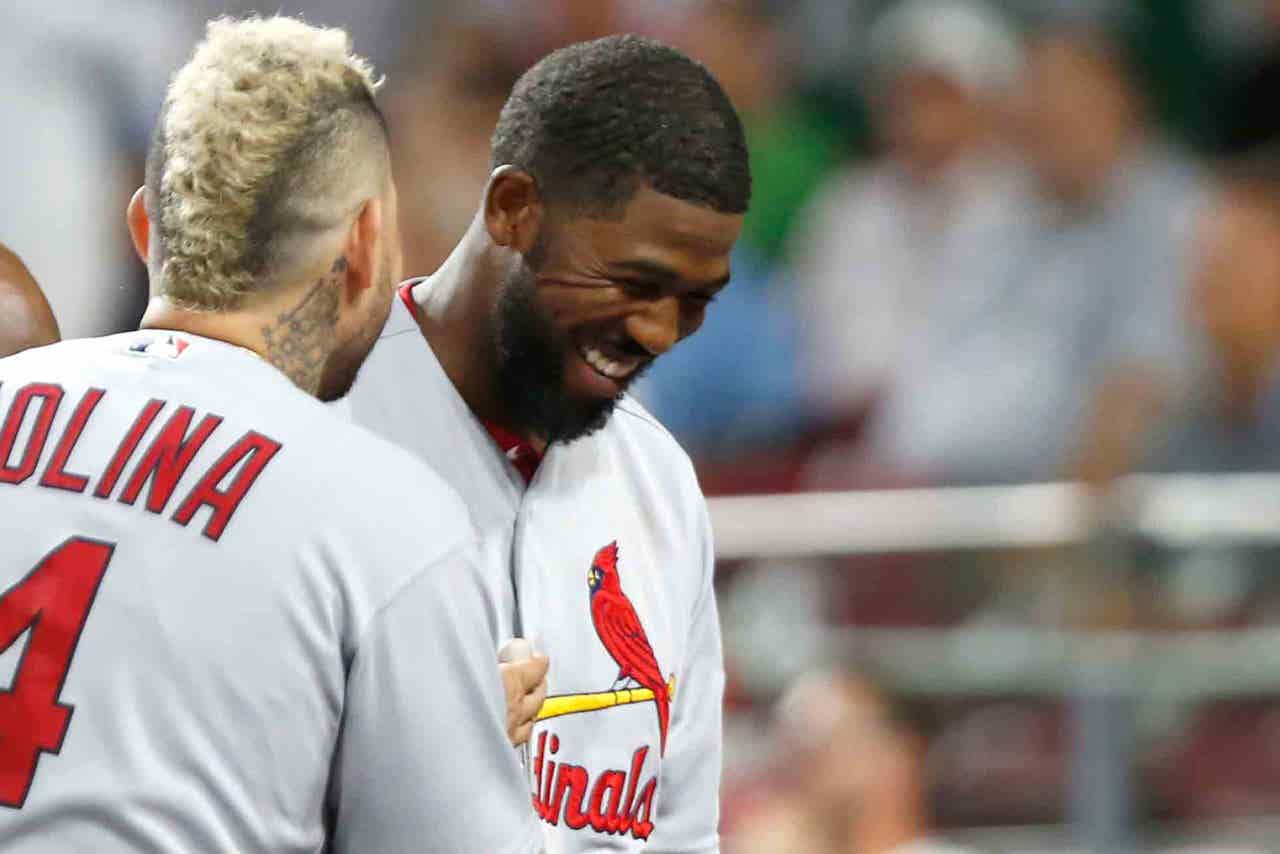 CINCINNATI -- Austin Gomber was ready to start the bottom of the seventh, still working on a no-hitter, when a siren sounded and lights started flashing. Great American Ball Park's fire alarm had malfunctioned.

That was a new one for the Cardinals' rookie left-hander, who got an unexpected 7-minute, 30-second break.

"At first, I didn't know what was going on," Gomber said. "I turned around and saw everything was flashing."

Gomber lost his no-hitter and his shutout after the alarm was silenced in the seventh inning, but Dexter Fowler hit a two-run shot in the 11th on Tuesday night, leading the St. Louis Cardinals to a 4-2 victory over the Cincinnati Reds.

For the second straight night, a Cardinals rookie went deep into the game without allowing a hit. Daniel Poncedeleon threw no-hit ball for seven innings in his major league debut Monday before the Reds rallied against Norris for a 2-1 win featuring Eugenio Suarez's homer.

Poncedeleon urged Gomber to emulate him Tuesday, a challenge that the left-hander laughed off.

"I was talking to Ponce and he was like, `Go do it,'" Gomber said. "I was like, I'm probably not going to take a no-hitter into the seventh."

Joey Votto singled with one out for the Reds' first hit, and Suarez followed with his 21st homer, ending the rookie's debut as a starter. Gomber made 15 relief appearances this season before the Cardinals sent him to Triple-A to get in shape to help their depleted rotation. He threw 90 pitches in his first major league start.

Mired in a season-long slump, Fowler connected off left-hander Amir Garrett (0-2) for only his second homer while batting right-handed. Fowler is batting .179 overall.

Homer Bailey returned from his latest injury and gave one of his best performances of the season, allowing a pair of runs and striking out a season-high eight batters in 6 2/3 innings. Bailey has been sidelined since late May by a sore right knee.

Bailey was so ineffective before the injury that the Reds considered moving him to the bullpen. He's 1-7 in 13 starts this season. He called his start Tuesday encouraging.

"I'll go back and look at it and see the mistakes I made and just keep plugging away," Bailey said.

Jose Martinez singled home a run in the fourth and Yairo Munoz doubled home another in the seventh.

The Cardinals optioned Poncedeleon to Triple-A Memphis, opening a roster spot for Gomber.

With runners on first and third and two outs in the third inning, Cincinnati's Jose Peraza got caught wandering too far off first base and was trapped in a rundown. Catcher Curt Casali broke for the plate and was thrown out, ending the threat.

The Reds played "We Didn't Start The Fire" during the alarm delay in the seventh inning.

Fowler's 12 career homers against the Reds are his most against any opponent. ... The Cardinals are 6-6 in extra innings. The Reds are 5-7. ... Votto's single in the seventh snapped an 0-for-12 slump that tied his season high. ... Billy Hamilton ended an 0-for-18 slump.

Cardinals: Carlos Martinez threw in the outfield, the latest step in his recovery from a strained right oblique. He could return to the rotation next week if his recovery continues on schedule.

Reds: RH reliever Jackson Stephenson went on the 10-day DL with torn cartilage in his right knee, which began bothering him over the weekend. There are no immediate plans for surgery. ... Second baseman Scooter Gennett was back in the lineup a day after illness limited him to pinch hitting.

Cardinals: Jack Flaherty (4-4) makes his fourth career start against the Reds. He made the shortest start of his career last Sept. 19 at Great American Ball Park, lasting only two innings.

Reds: Sal Romano (5-8) has faced the Cardinals twice, with the Reds losing both games.