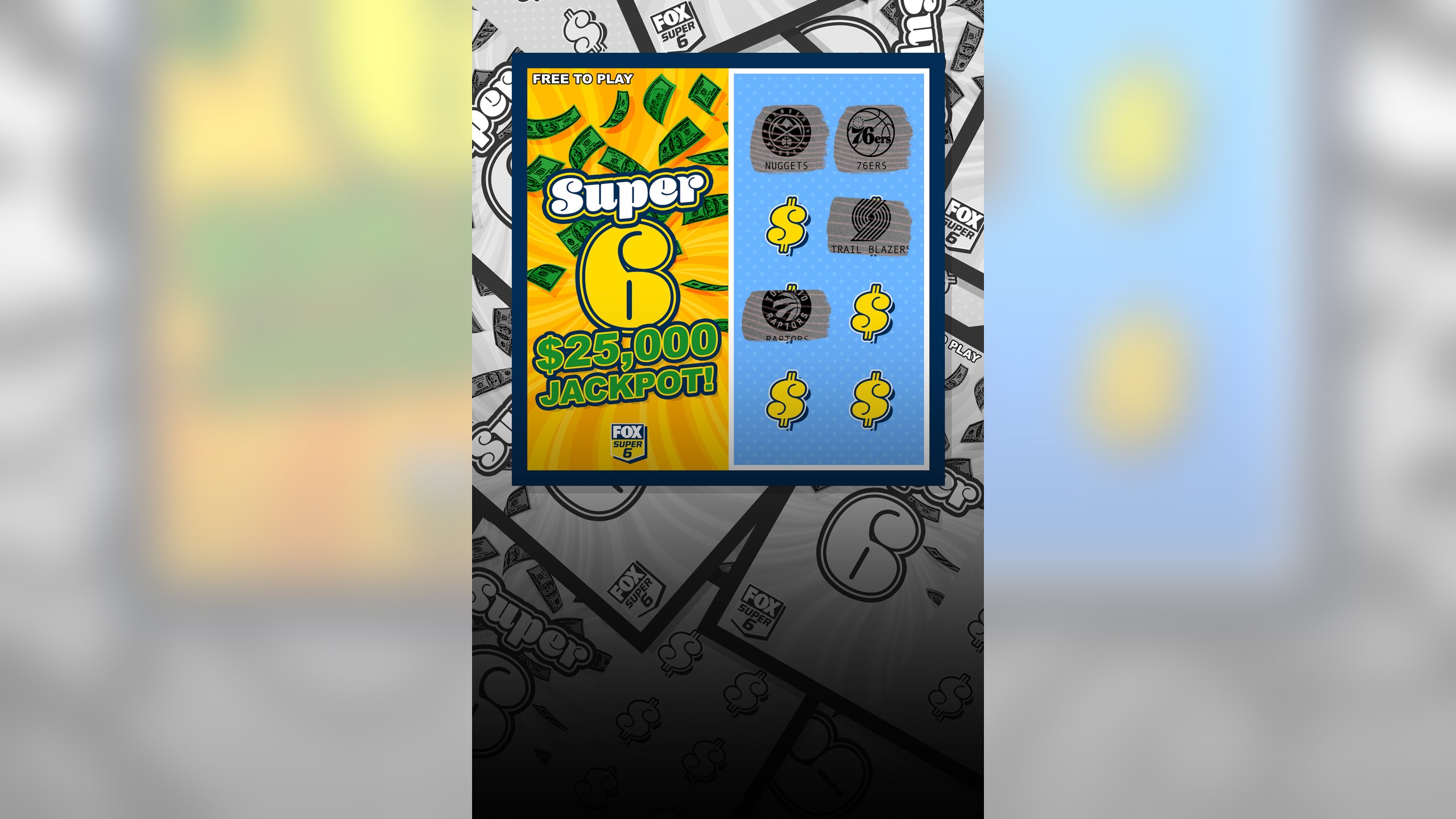 The NBA presents a deep schedule with Tuesday night's card, led by 76ers vs. Raptors and Blazers vs. Nuggets.

With just two weeks remaining before the NBA’s All-Star break and the conclusion of the first half of the league’s pandemic-reduced schedule, great matchups are lined up all over the schedule.

There has never been a better time to get in the game on the NBA’s Tuesday night slate with FOX’s Super 6. You could win $25,000 by picking the winners of all six games with their correct margins. The best part of all: It’s free. All you have to do is download the Super 6 app on your phone or tablet and make your picks.

(All NBA games are subject to change due to health and safety protocol postponements.)

The Magic are trying to win their fourth straight at Amway as they continue to climb back into the playoff race in the Eastern Conference. Nick Vucevic has led the way for the Magic, with 24.1 points and 11.7 rebounds per game. The Pistons have lost three straight, including a 105-96 loss to the Magic on Sunday in Orlando. Vucevic had 37 points in that one. Jerami Grant had 24 points to lead the way for the Pistons and is averaging 23.5 points per game for the season.

These are two of the more disappointing teams of the first half of the season. Boston continues to play without Marcus Smart, who is expected to return after the break. Jayson Tatum is a one-man unit right now, averaging 26 points per game. Boston is trying to bounce back from giving up a 24-point lead in a 110-105 loss to the Pelicans on Sunday. The Mavericks went nine days before playing in Memphis after a postponement due to the weather emergency in Texas last week. Kristaps Porzingis was questionable Monday because of back soreness, so it is possible that he could skip Tuesday's games because of the back-to-back nature of the schedule.

Golden State continues its brutal seven road games in eight contest to close the first half in the World’s Most Famous Arena. The Warriors lost a heartbreaking 102-100 game to the Hornets on Saturday after Draymond Green took two technical fouls in the final seconds. Stephen Curry missed Saturday’s game because of illness; his status is day-to-day for Tuesday. The Knicks would make the Eastern playoffs right now as the 7-seed. Julius Randle is making a run at a possible All-Star spot, averaging 23.2 points while grabbing 11 rebounds and dishing out five assists.

Philadelphia stays in Tampa to play the Raptors for the second time in three nights, trying to bounce back from Sunday's 110-103 loss in which Toronto’s bench outscored the 76ers' reserves by a 35-16 margin. (Philadelphia’s five bench players were a combined minus-41.) Joel Embiid had 25 points and 17 rebounds in the losing cause. The Raptors were playing without Kyle Lowry, who has a thumb injury and is the subject of trade talk. One of the suitors reportedly would be the 76ers. Lowry is a Philadelphia native who played at nearby Villanova.

Two of the teams in that second tier in the West behind the Clippers, Lakers and Jazz match up in the Rockies.  Portland won eight of its past nine games heading into Monday night’s game against Phoenix. The Blazers are getting stellar play from Damian Lillard, who is third in the league in scoring average, at 30.0 PPG. The Nuggets have lost three of four on their recent East Coast road trip. Jamal Murray had a great trip for Denver, averaging 38.3 points in the final three games of the trip.

This is the second straight game at Staples for the Wizards, who had a Monday date with the Lakers to try to extend a four-game winning streak. Bradley Beal could be an attractive target for teams at the trade deadline, averaging an NBA-high 32.9 PPG heading into Monday. The Clippers lost to the Nets 112-108 on Sunday, even though Paul George had 34 points for the Clippers. This is the Clippers' last game of a six-game home stretch before they head out for five straight road contests before the All-Star break.