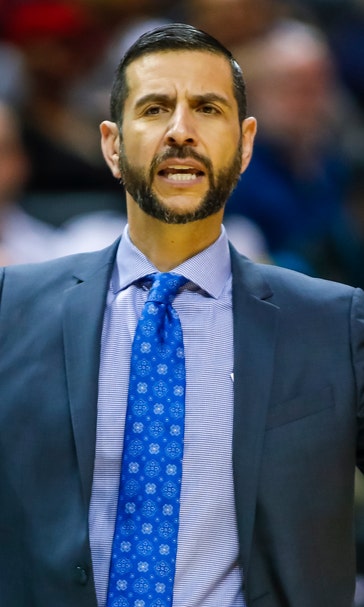 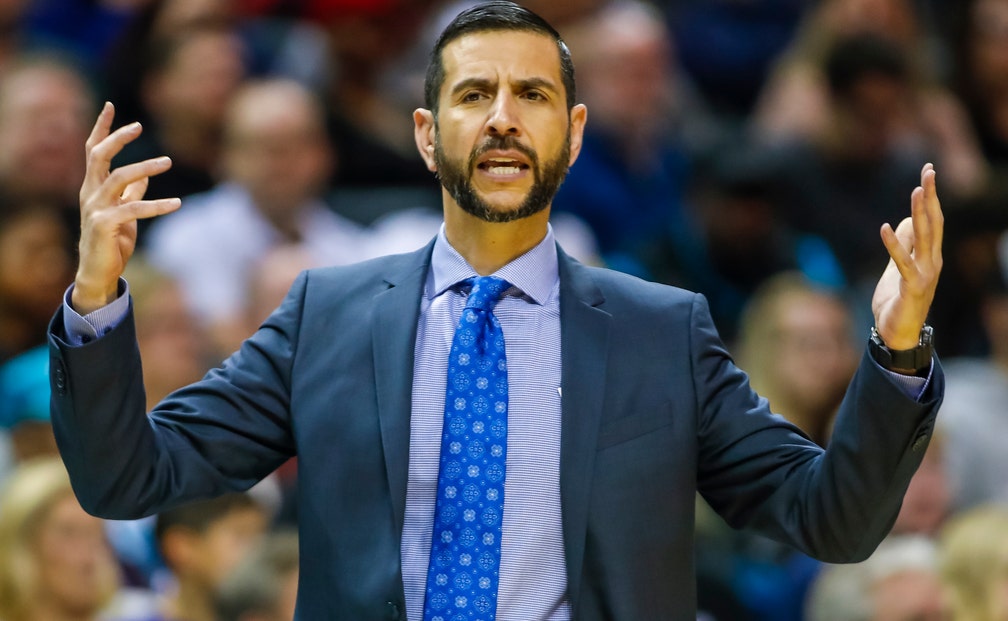 Hornets view not playing in Orlando as 'major disadvantage'
previous story
CBS pushing for players to do their part to boost broadcast
next story
Fury-Wilder III by end of the year, promoter says

Hornets view not playing in Orlando as 'major disadvantage'

CHARLOTTE, N.C. (AP) — The Charlotte Hornets won’t be among the 22 teams headed to Orlando when the NBA season returns — and that has coach James Borrego concerned about his young, developing team falling behind the rest of the league.

The Hornets, who are owned by Michael Jordan, are one of eight teams awaiting guidance from the league on what they’ll be allowed to do on their own while other teams resume play at the Disney sports complex on July 31. The layoff means Hornets players could go more than eight months between playing in meaningful games after the league shut down in March following the coronavirus outbreak.

That’s troublesome for Borrego, who felt like his team was playing its best basketball at the end of last season and was eager to reconvene in Orlando and continue that development.

Charlotte finished the season 23-42 and in 10th place in the Eastern Conference, but made steady progress throughout the season and was competing with some of the better teams in the league despite a young roster that includes two rookie starters.

“As an organization, we would like a similar time frame as to what they’re getting in Orlando," Borrego said. “The amount of time these teams are spending (together) as a unit, we believe that we should have the same. I believe that would level the playing field a little bit more.”

Kupchak has been in regular contact with the other seven GMs of teams not in the playoff picture and said they're trying to "brainstorm” about alternative options that would allow them to continue to develop players.

He said the league has expressed a willingness to work with those teams to find a resolution.

“If (the teams in Orlando) are getting five or six weeks together, wouldn’t it be great if we could get six weeks with our team in some kind of a formal structure where they continue to work on their skills?" Kupchak said. "... To have a little more structure would be great.”

Kupchak said among the ideas that have been discussed between the GMs is players being allowed to participate in 5-on-5 games, and possibly even scrimmaging against the other teams not invited to Orlando.

He likes that idea if if can be safely done.

“The most important thing is can we get to a place where whatever the teams in Orlando are doing to feel safe that we are to be able to do the same thing? Nothing lower, because the players would know the standards in Charlotte are not up to snuff with the standards in Orlando," Kupchak said.

Borrego is trying to stay positive through it all — and take advantage of this time.

Some other topics the coach and general manager addressed Monday on a video conference call:

Guard Malik Monk has been reinstated by the league after violating the league's anti-drug policy in February. Monk has been back at the team's training facility and participating in all team activities for “a while now,” said Kupchak. “He went though his program."

CHARLOTTE NOT A DESTINATION

Don't expect the Hornets to go after any big-name free agents in the offseason.

Kupchak was realistic about Charlotte's status in the league when it comes to attracting potential free agents, saying “I don’t think we are a premier destination.” That said, Kuchak believes the Hornets are getting closer, adding “I feel like we are getting there. Maybe a year or two away.”

Kupchak gave Borrego a strong endorsement as the team’s coach, saying the second-year coach has made good decisions while developing a young roster. The Hornets were 39-43 two years ago with Kemba Walker but essentially had to start over last season after losing their only All-Star to the Celtics.

The Hornets aren't focused on simply upgrading a particular position or two at this point, but rather on acquiring talent. “It's premature to say where do we need the most help," Kupchak said. “We have to add talent. When we add talent we will figure the rest out.”

Devonte Graham's breakout second season even took the Hornets by surprise. At 18.2 points and 7.5 assists per game, he's a solid candidate for the league's most improved player. Kupchak said he views Graham, Terry Rozier, P.J. Washington and Miles Bridges as the “four pillars" of the team moving forward. 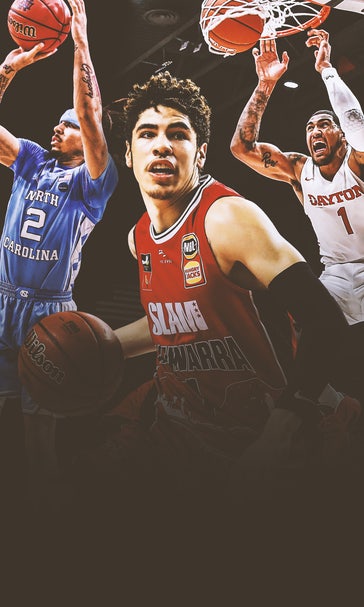 NBA Mock Draft 4.0
The NBA bubble won't just determine a champion. With basketball around the corner, Jason McIntyre shares his latest mock.
July 20
those were the latest stories
Want to see more?
View All Stories
Fox Sports™ and © 2020 Fox Media LLC and Fox Sports Interactive Media, LLC. All rights reserved. Use of this website (including any and all parts and components) constitutes your acceptance of these Terms of Use and Updated Privacy Policy . Advertising Choices . Do Not Sell my Personal Info