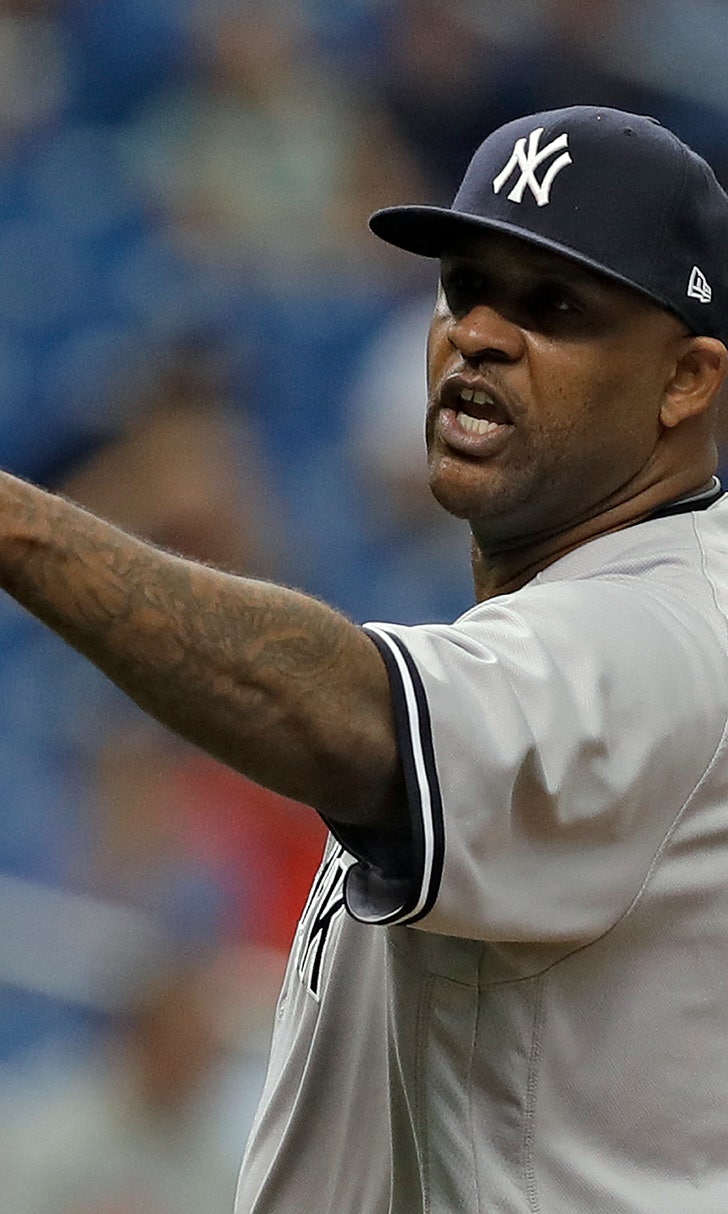 Sabathia appealed the ban that was issued by Major League Baseball. Any games he misses will come at the start of the 2019 season.

The Yankees will host Oakland in the AL wild-card game on Wednesday.

Sabathia was penalized for hitting Rays catcher Jesus Sucre in the leg leading off the bottom of the sixth inning at Tropicana Field on Thursday. The 38-year-old lefty was ejected, and the benches cleared.

"It is what it is," Sabathia said after the Yankees' 8-5 win at Boston. "Everybody saw what happened."

Sabathia was cruising with a big lead when he got tossed. He needed two more innings to trigger a $500,000 bonus for pitching 155 innings this season.

In the fifth, Sabathia hit Jake Bauers in the wrist with a pitch. In the top of the sixth, Rays pitcher Andrew Kittredge threw up-and-in to Yankees catcher Austin Romine.

Asked if it bothered him that Kittredge's penalty was shorter, Sabathia said, "Yeah, kind of."

Kittredge said it was likely he would appeal after talking it over with his agent. The regular season ends Sunday.

"Figured this would be a possibility. I'm a little disappointed, obviously. I guess I'm not overly surprised," he said.