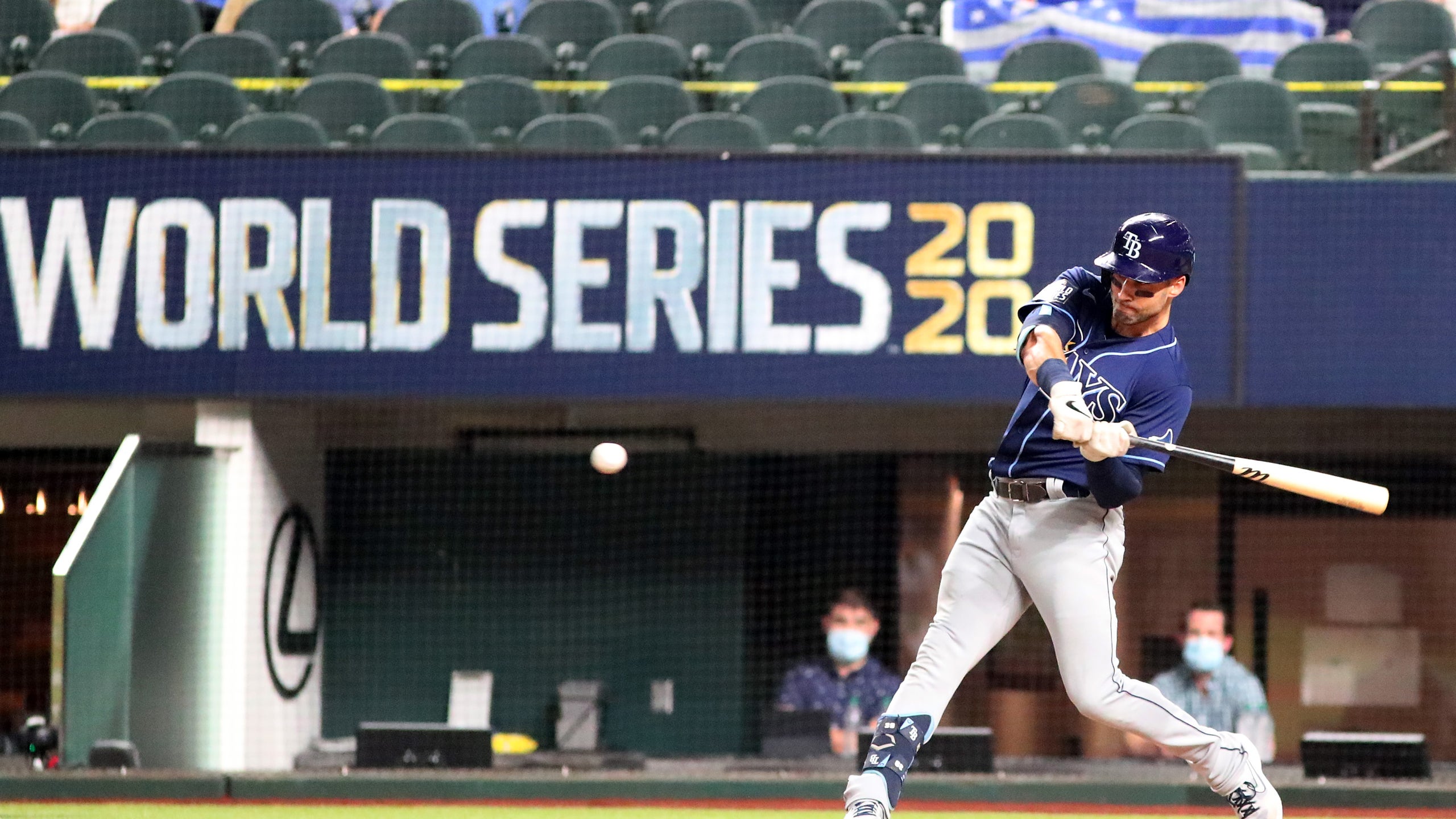 Game 2 of the 2020 World Series featured another bevy of blasts, a top-notch pitching performance in fewer than five innings, and the Tampa Bay Rays evening up the Fall Classic at 1-1.

Here are the top plays from Game 2 of the 2020 World Series between the Rays and Los Angeles Dodgers.

Rays second baseman Brandon Lowe smoked a home run off of the Dodgers' Tony Gonsolin with a 3-1 count in the first inning for his second homer and third RBI of the postseason.

Tampa Bay had their first lead of the series, and in due time, just their second ever World Series victory.

Snell struck out nine through four and two-thirds innings, including back-to-back strikeouts of Max Muncy and Will Smith.

Fan has a perfect catch

A down the line foul ball from the Rays' Manuel Margot will surely make quite the souvenir.

With two outs in the top of the fourth, Tampa Bay second baseman Joey Wendle sent home two with a sharp-line drive into right-center field.

Lowe layers it on

Lowe blasted his second homer of the night in the fourth inning.

Dodgers shortstop Chris Taylor gets the Dodgers' first hit of the game with a two-run, 398-foot homer on a 2-1 count, cutting the Rays' lead to 5-2.

A solo blast into left field in the sixth inning from LA's Will Smith made it 6-3.

And with it, Smith was the youngest catcher to homer in the World Series since the Kansas City Royals' Salvador Perez in 2014.

Unfortunately for the Dodgers, it wasn't enough, as the Rays evened the series at 1-1. Game 3 is on Friday.

Follow The People’s Sports Podcast
When Charlotte Wilder and Mark Titus started 'The People's Sports Podcast,' the goal was simple: Have fun. Mission accomplished!
23 hours ago

Rites Of Spring Training
MLB analyst Ben Verlander has been through spring training five times. He explains what really goes on in the clubhouse and on the field.
4 days ago
those were the latest stories
Want to see more?
View All Stories
Fox Sports™ and © 2021 Fox Media LLC and Fox Sports Interactive Media, LLC. All rights reserved. Use of this website (including any and all parts and components) constitutes your acceptance of these Terms of Use and Updated Privacy Policy. Advertising Choices. Do Not Sell my Personal Info