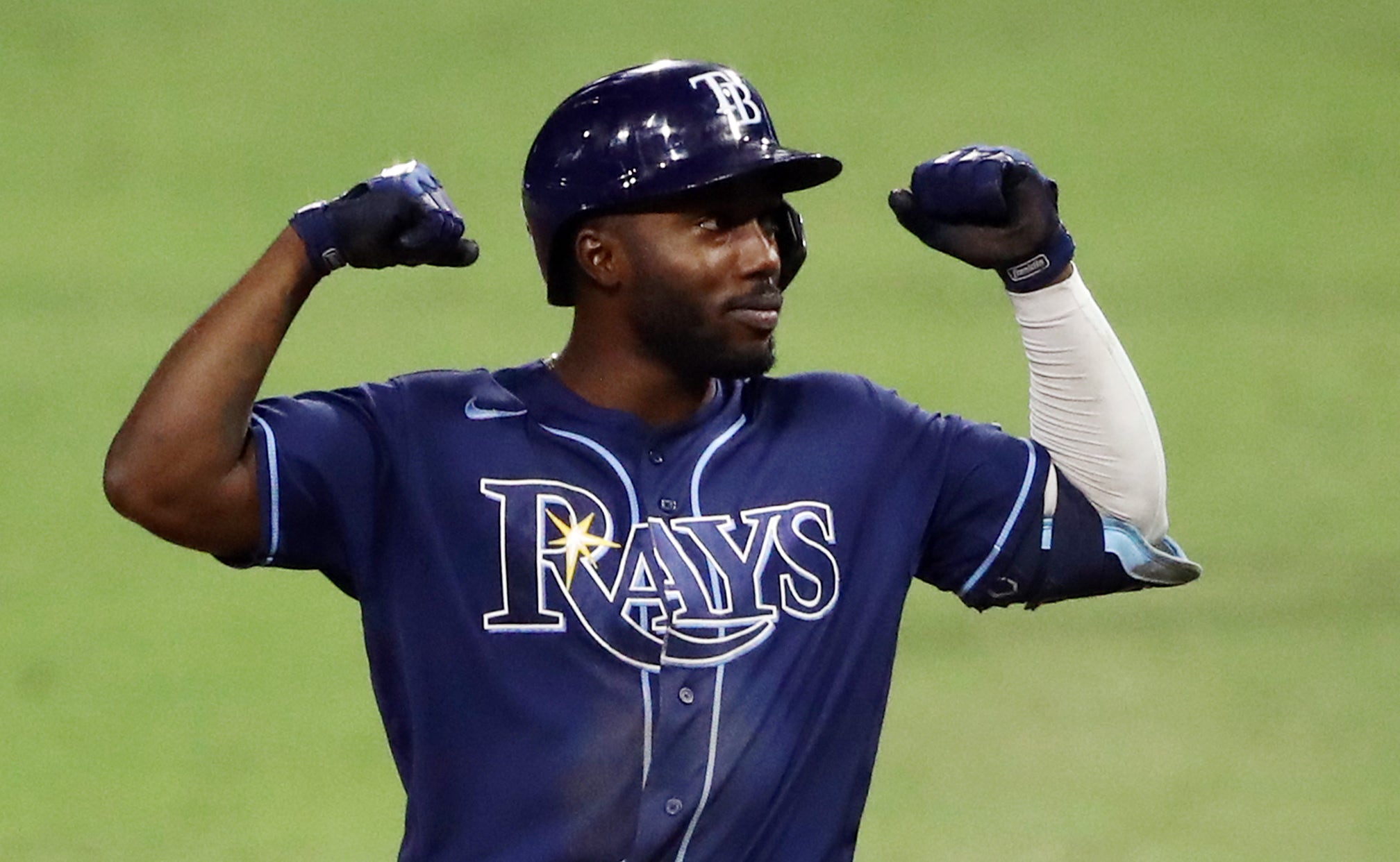 The Tampa Bay Rays are only one win away from advancing to their first World Series since 2008, after defeating the Houston Astros in Game 3 of the ALCS.

In contrast, the Astros find themselves down 3-0 in a series for the first time in the past four seasons.

Here are the key takeaways from this ALCS matchup:

The top of the sixth proved to be the moment that Tampa Bay threw the knockout blow, scoring all five of their runs in the inning.

Trailing 1-0, with their offense not producing a single run through five innings, the Rays cashed in on some much-needed hitting, most notably via the bat of Joey Wendle, whose two-run single broke the game open for the Rays.

The Rays' offense hasn't been overwhelming this series, having scored just 10 total runs through three games, but it has come alive in the right spots, and tonight was another example, with Tampa Bay manufacturing five runs with just one extra base hit.

While the Rays offense as a whole might not be entirely imposing this postseason, there is one member of their lineup who has had sustained success, that being Randy Arozerana.

Arozerana has been hot all series, and after another three-hit performance, he has placed himself in the company of some of baseball's all-time great hitters.

In nine playoff games, Arozerana has 15 hits, and in the ALCS, he is batting .500, the best of any player on either team.

One player can't be the cause of a loss in team sports, but Jose Altuve's defense in the ALCS has left much to be desired for the Astros.

After recording an error in Game 2, he followed it up with two more errors in Game 3, one of which came in the pivotal sixth inning when the Rays took control of the game.

The errors have so far been highlighted, mainly because they are uncharacteristic of the normally solid Altuve, who was a 2015 Gold Glove winner.

Kershaw Makes History In Dodgers Win
The Dodgers are one win away from a World Series title, after Clayton Kershaw silenced the doubters in Game 5.
13 hours ago

World Series Top Plays: Game 5
The Dodgers bounced back from their disastrous Game 4 to claim a 3-2 lead. Check out the biggest moments from Game 5.
17 hours ago

Who grabs control in Game 5?
What will the Dodgers and Rays do for an encore after Saturday's wild finish? Our Super 6 preview examines the key questions.
23 hours ago